After our attempt on Spider face on Sunday, I was itching to get something done. Our big ski lines had brought me too many failures of late- El Diente, Pyramid, and Spider Face. I was frustrated with failures and wanted to ski something relatively easy and fun- something I would enjoy and something that would end this streak of frustration and turn it around into success. I was debating which line to ski….

White Widow was obviously a more aesthetic line. But the skiing would likely be longer and better on White Rock. Both were accessed from the area that we call mini-Queen Basin.

I tried all week to find a partner, but had no luck. It seems that most people are “done skiing” for the season. Sensing my restlessness, Frank agreed to join me for a mid-week adventure, leaning toward White Rock as he had recently skied White Widow while I was off skiing Capitol.

White Rock it was. 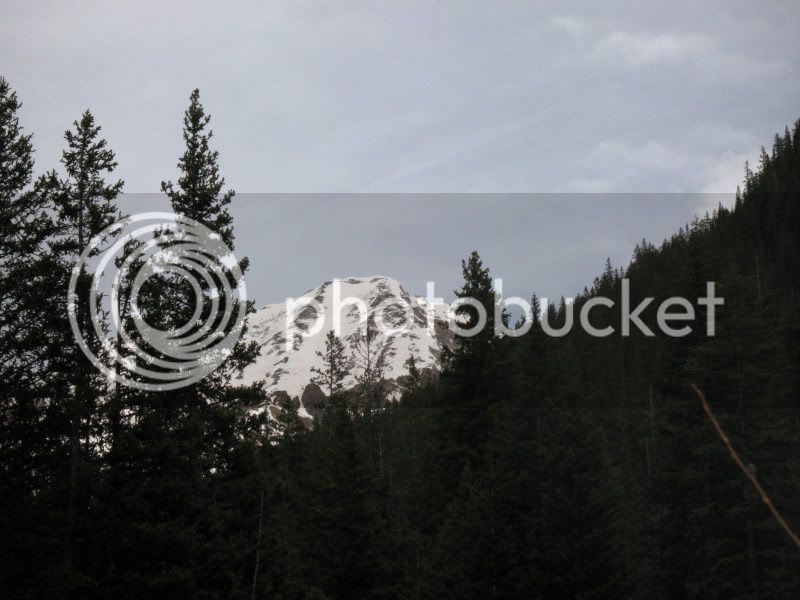 We left early, and we were pleasantly surprised to find a very solid freeze making walking through the lower patches of snow easy. However, the cold temperatures made the creek crossing more interesting, with a thick layer of ice coating the logs.

A different view of White Widow.

The climb was pretty fun, with Frank and I taking slightly different routes to the ridge.

The summit had the most amazing views.

We sat there on the summit for a long time. I was simply amazed and inspired by the views. Surrounded by the Elks, West Elks, Ruby Range, Sawatch, and even the San Juans in the distance, the views from this 13,500-foot peak rivaled that of any fourteener I’d climbed.

El Nacho, with Crested Butte behind.

Teocalli, another line we skied in March.

The town of Crested Butte, with Whetstone towering above it.

Castle, the first fourteener Frank and I skied together.

Then, as we were sitting there, a little black velvet box showed up in front of me. Inside it was a perfect white gold ring, with unique oriental-style designs, surrounding 7 diamonds. The words, “Will you marry me” came out of Frank’s mouth and I went numb. Of course, I’ll marry you, I replied.

So, that’s how it came to be that Frank and I were engaged- one day short of four years after we met, 2 days short of 4 years before we skied our fourteener together, Castle. Since we met because of skiing and our desire to ski fourteeners, it seemed entirely appropriate that we should become engaged in the shadow of Colorado’s most beautiful Elk fourteeners. But, I had a good chuckle when I thought of what we might have skied today- getting engaged on top of a line called “White Widow” is just not quite as appropriate as White Rock. 😉

Okay, enough of that. On to the skiing!!!! … which was excellent by the way 🙂

Me skiing down mini-Queen Basin.

It was about a 3000′ vert run of some excellent fun-pitched skiing all the way to the valley floor…. and a day I’ll NEVER forget! 🙂