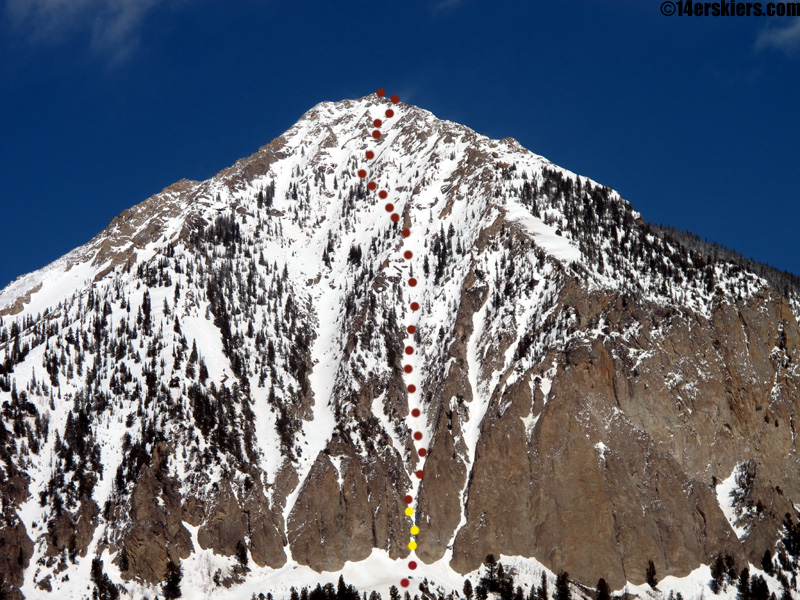 I had tried to ski the Terminator 4 couloir on two other occasions- one time climbing about halfway up, and the other time climbing through the crux only to find slabby snow sitting on facets (on a low danger all aspects and elevations day, by the way). What we learned last year was that the easiest way to ski the west side is to catch it after the ski area shuts down, leading to a nice, easy ascent.

We had to search to find a reasonable entrance a little ways down the ridge. It wasn’t perfect, but it worked. 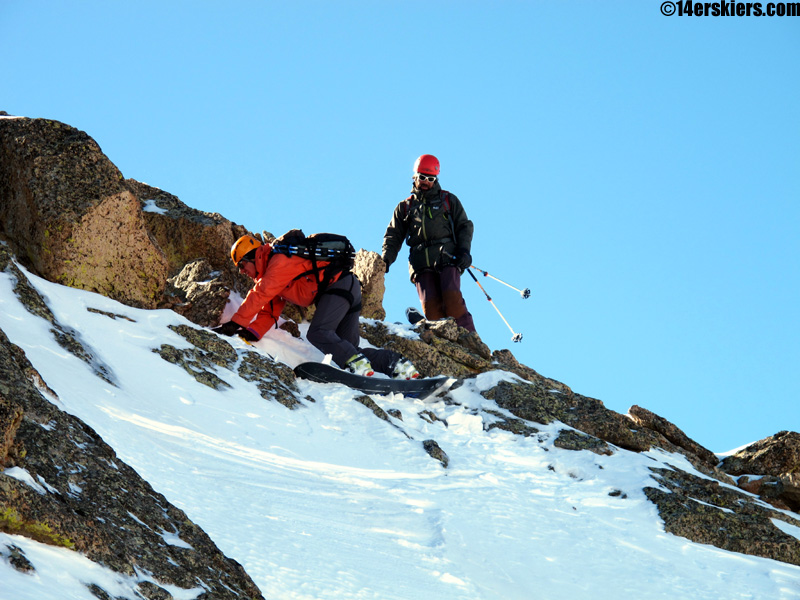 Once in, conditions looked pretty good: 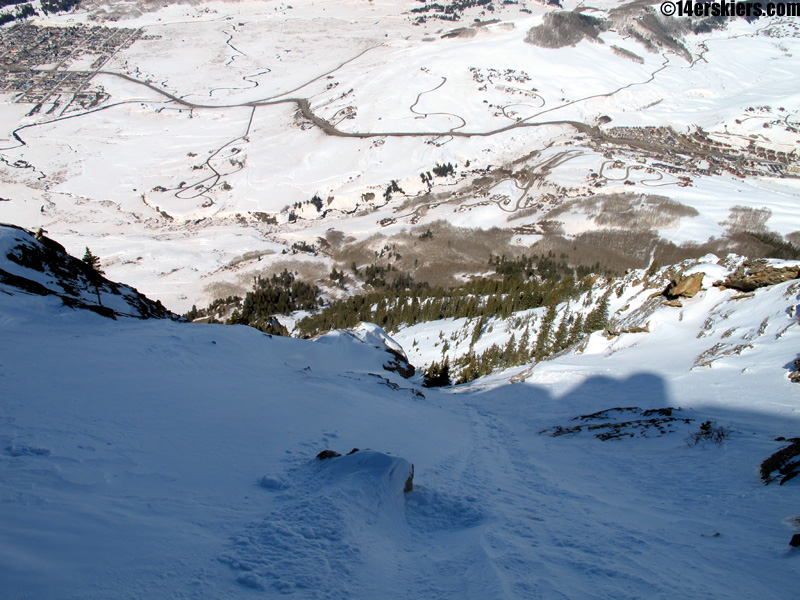 At this point, we were still in T3. There were a few cruxes here and there between slabby rock. Ben Morello: 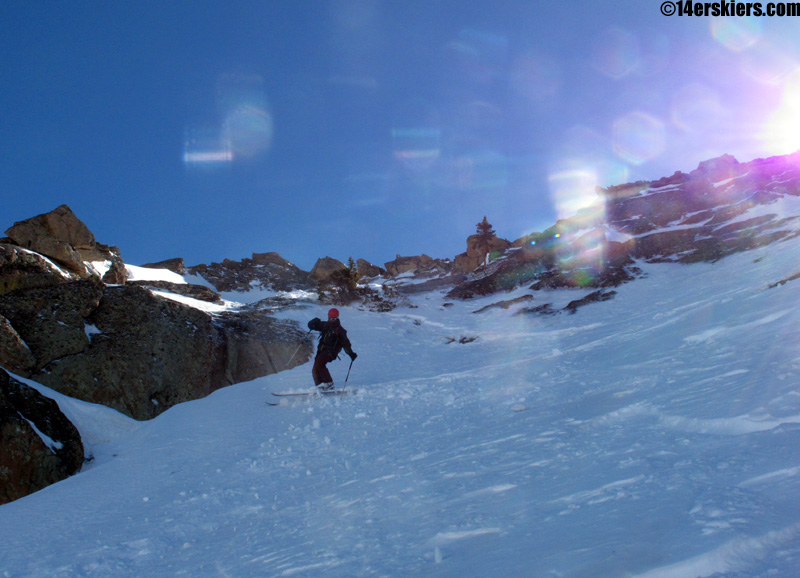 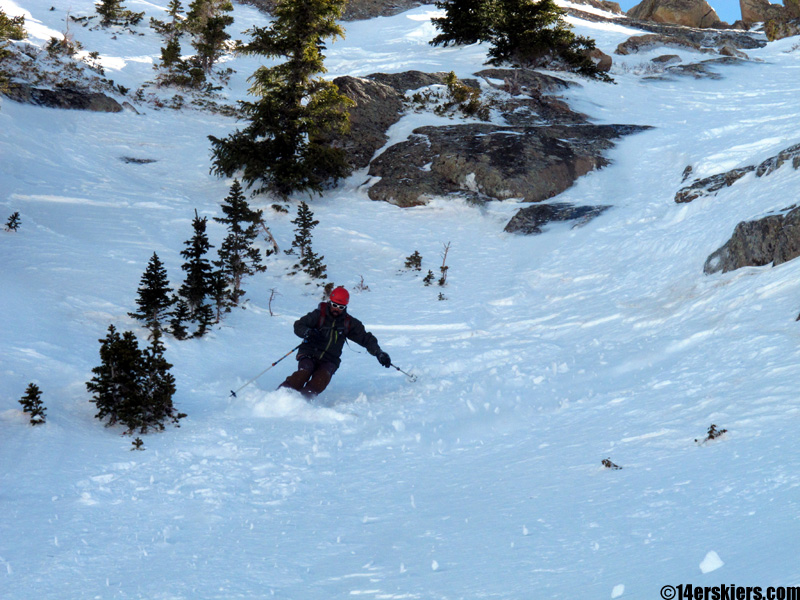 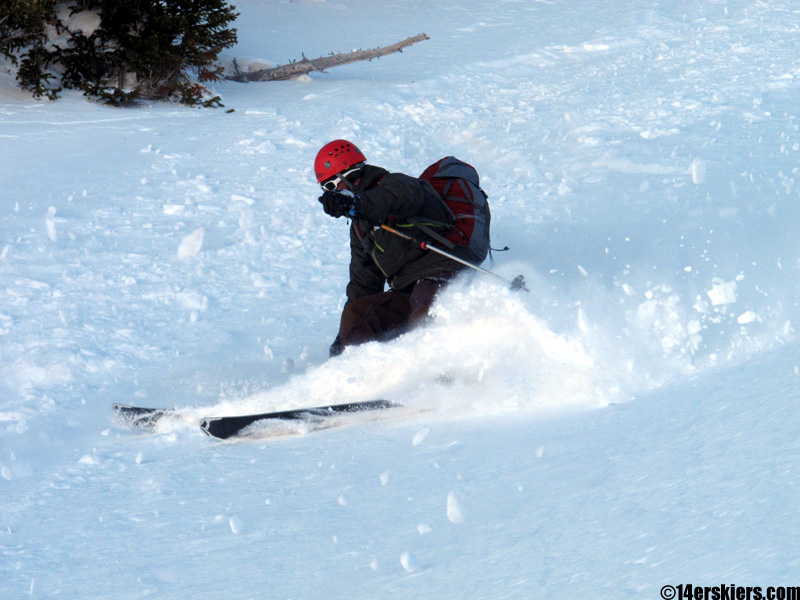 It was so fun watching Jarrett Luttrell rip this section: 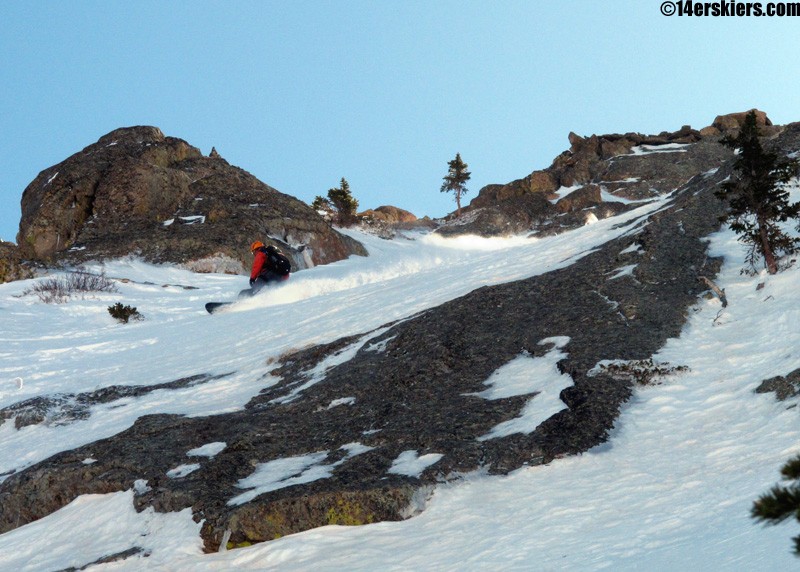 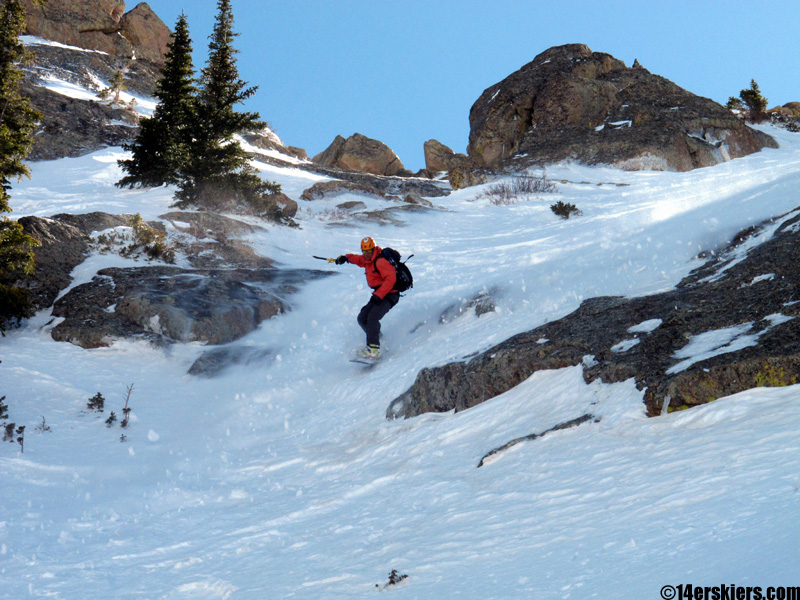 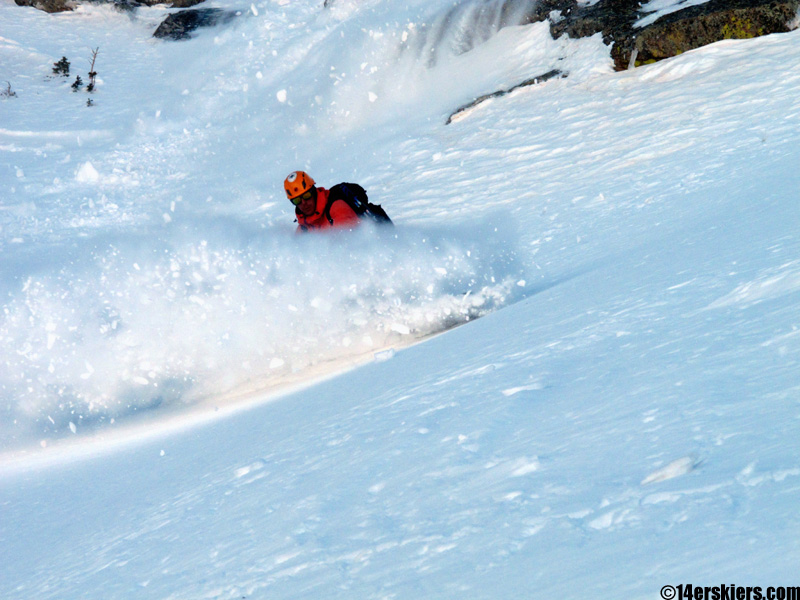 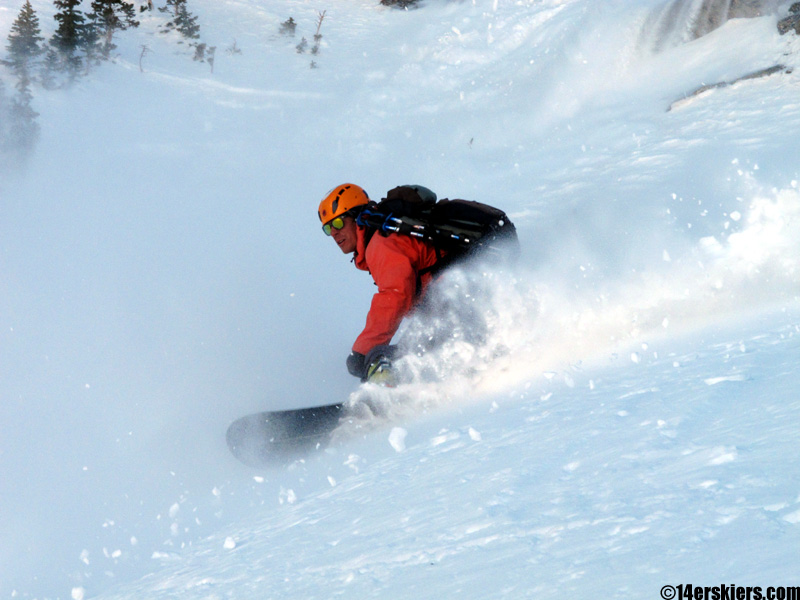 We kept trending left to get to T4: 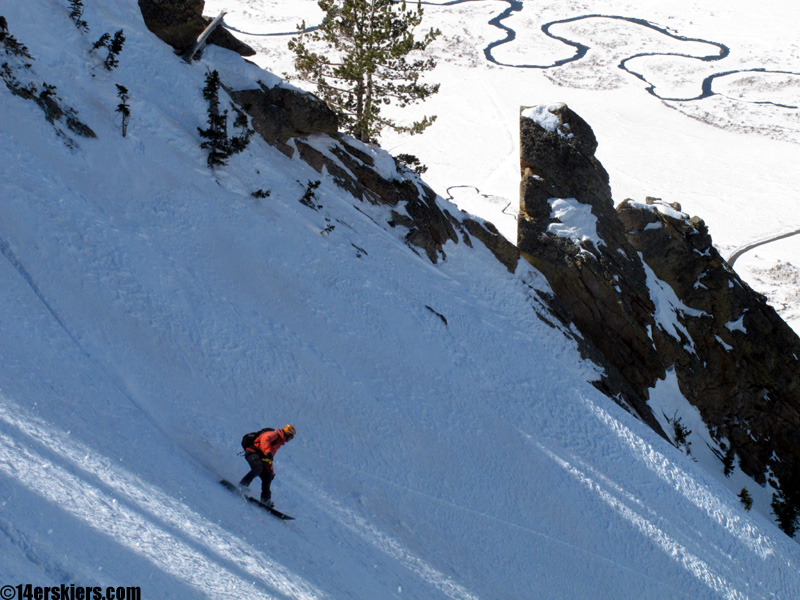 Once in, Terminator 4 got more and more aesthetic- much more defined than T3: 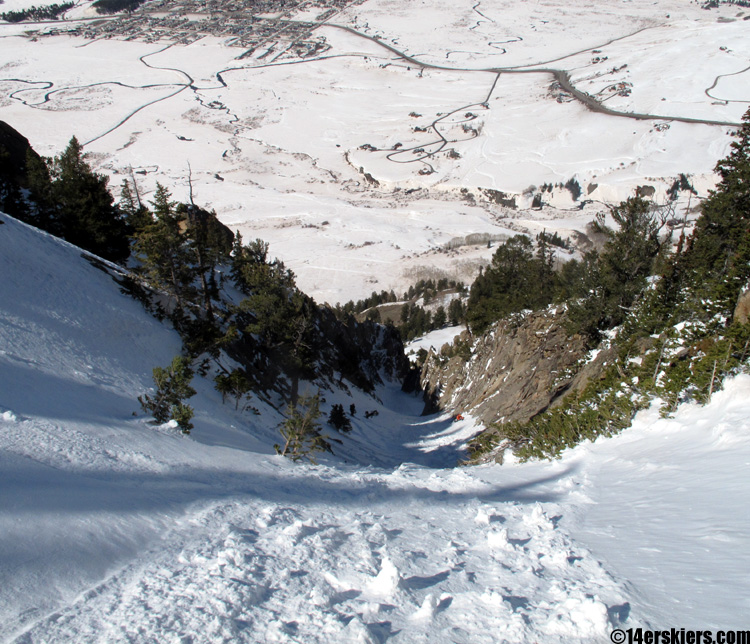 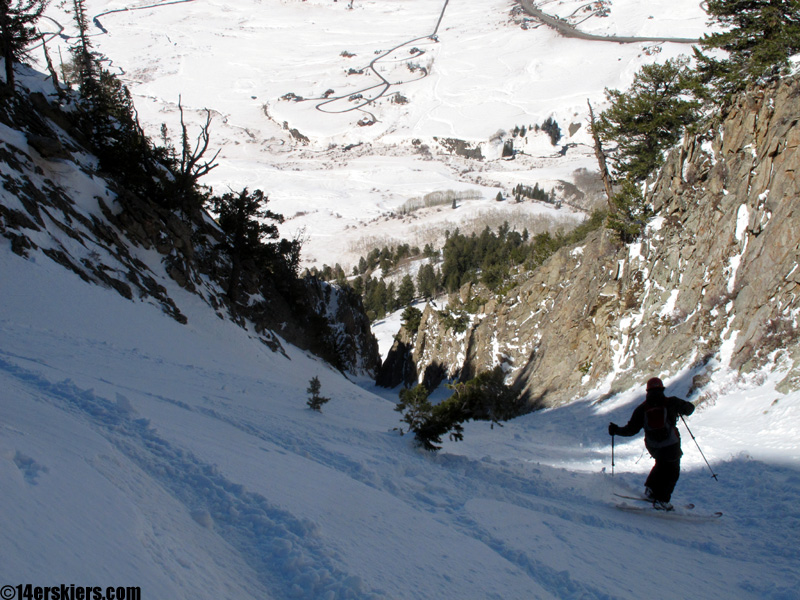 There was a really steep rollover about halfway down, and another as we approached the doglegs near the rap station. Station is in this photo, on the right: 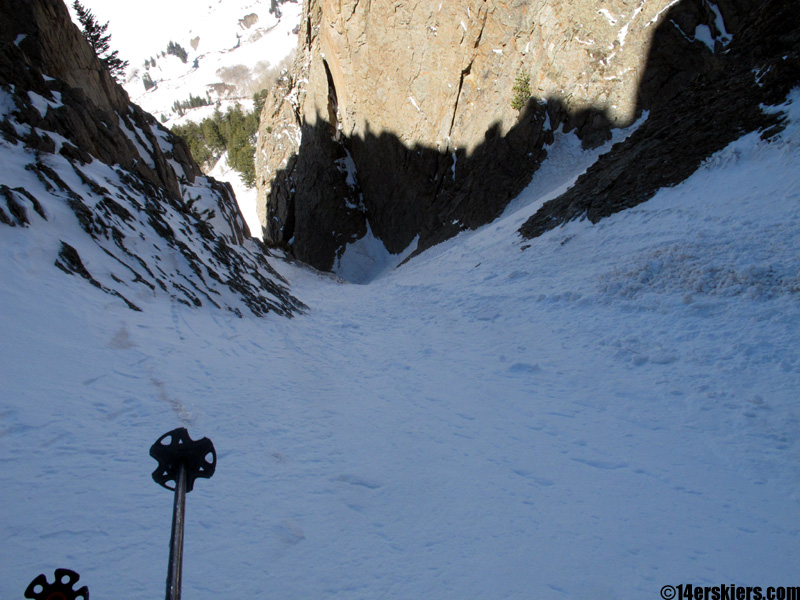 We skied carefully as we approached the rappel station- there was water ice below a few inches of snow. 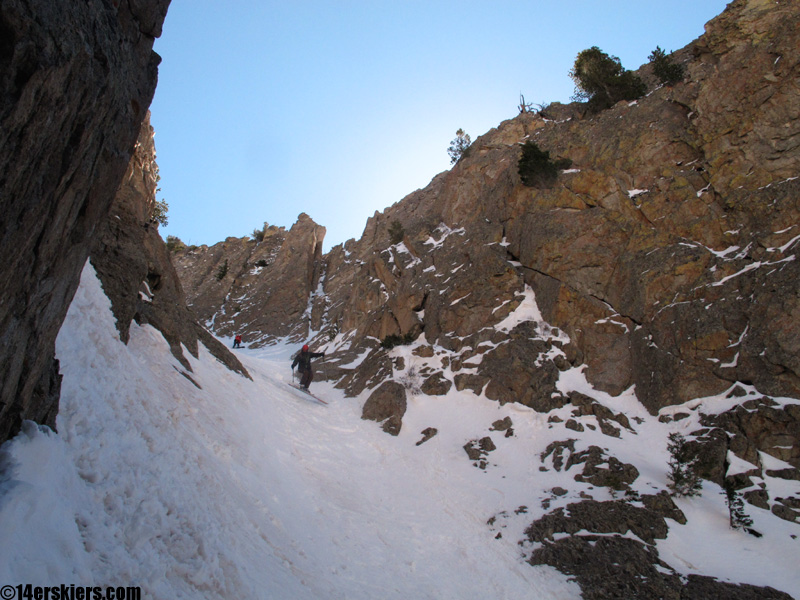 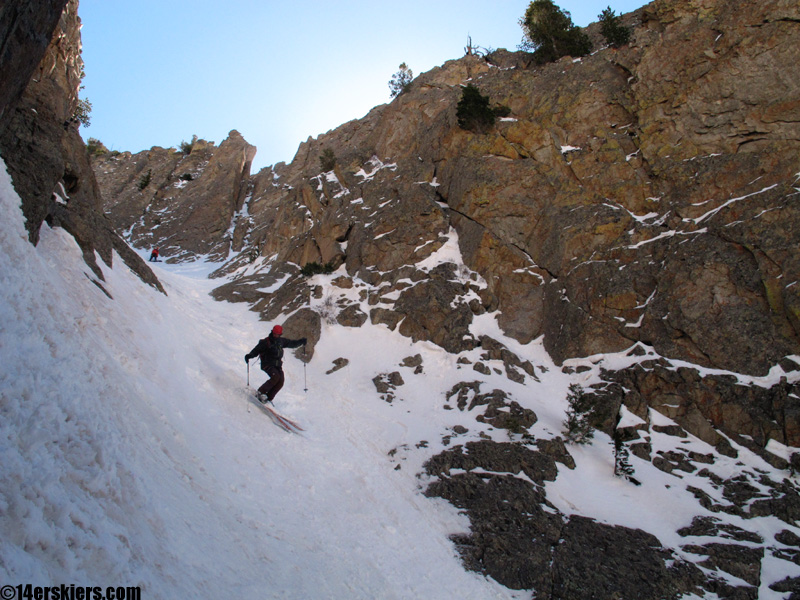 My BD stopper was still there from roughly 8 years ago, along with some other pieces, all of which had been cleaned up about a month ago when some friends went this way. Jarrett: 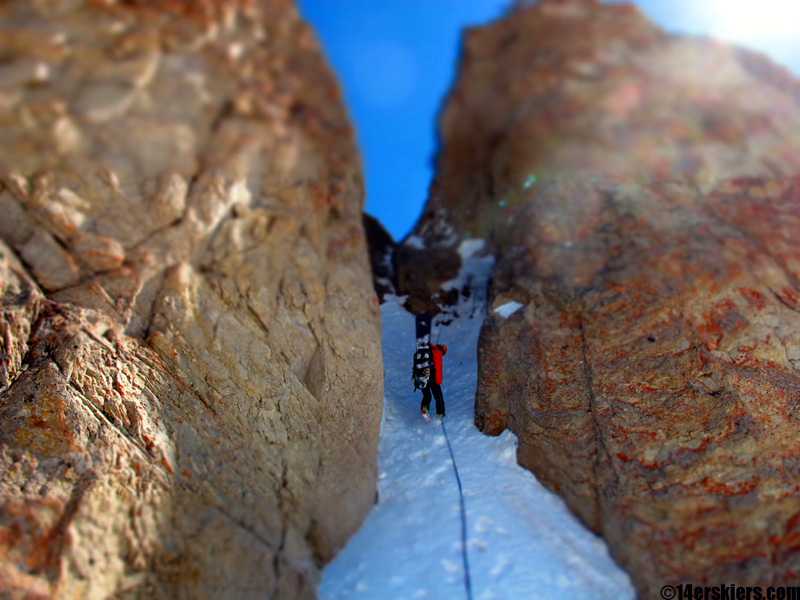 Below the cliffs, we encountered our first corn skiing of the day. Surprisingly good: 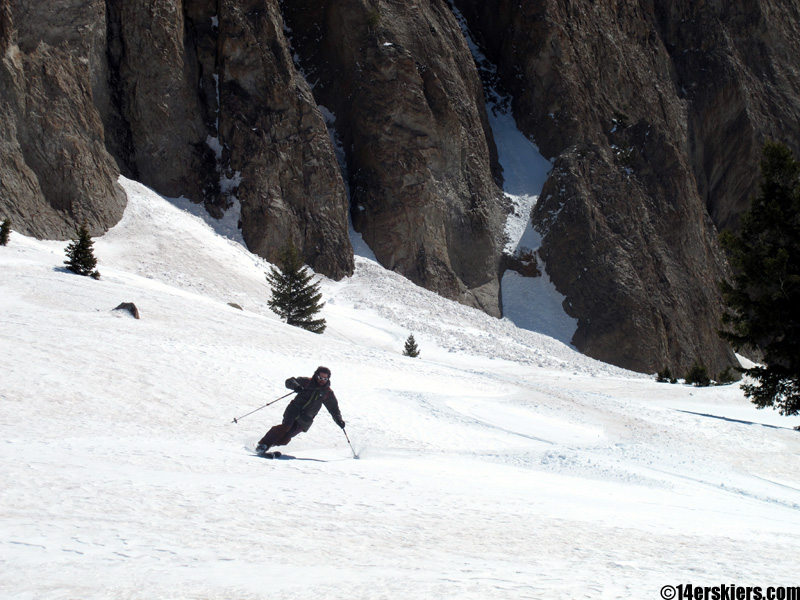 We didn’t run a car shuttle, so we walked through town to catch the bus: 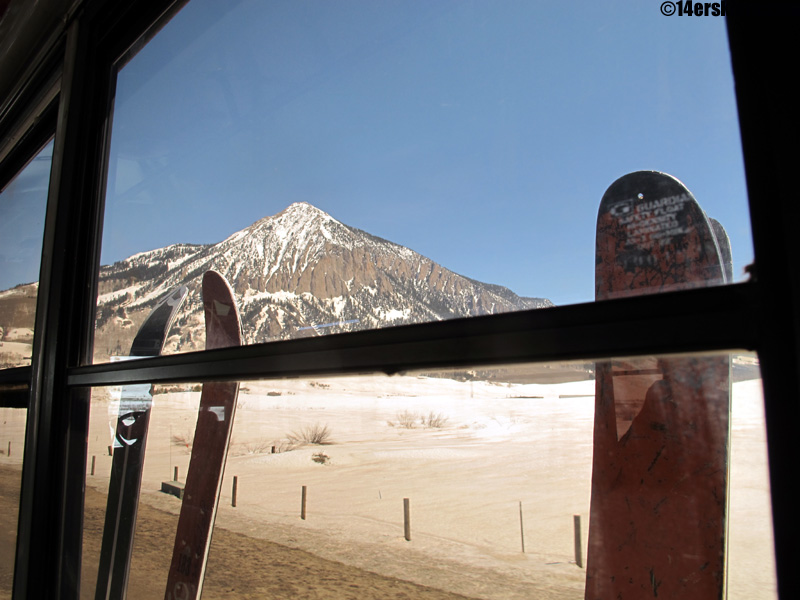 Today, just 48 hours later, the line is almost gone. Hot weather plus the dust are doing a number on slopes like this one. One last look: 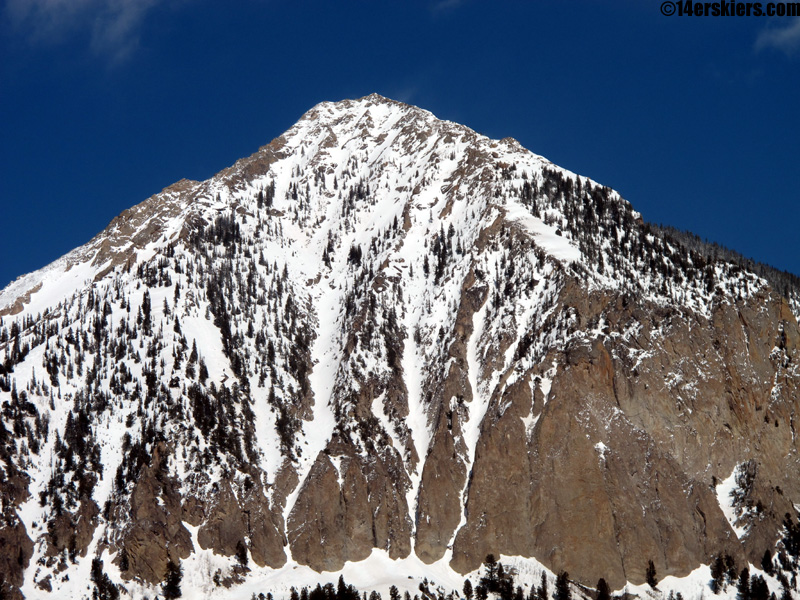