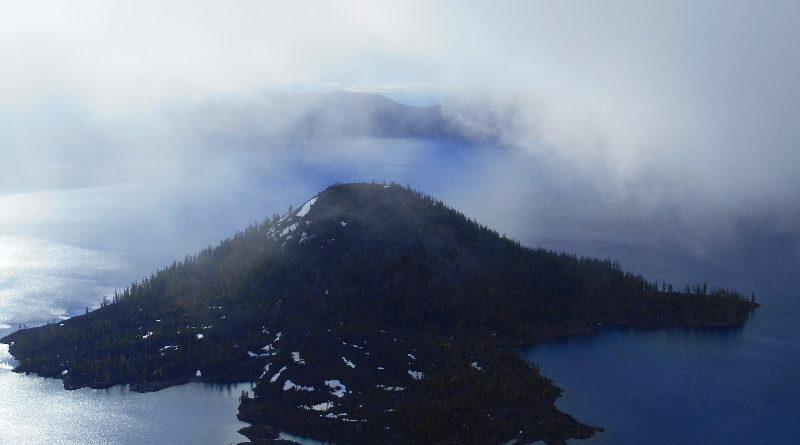 After our day on Thielsen, Pam and I set up camp in the National Forest close to Crater Lake. We were expecting a change in the weather, but we were still hoping to wake up to sunny skies.

As I closed my eyes, I first heard it – the pitter-patter of raindrops on the roof of my tent. It was raining and it was not a surprise when we awoke to thick cloud cover. We decided to take the day off from skiing, and check out one of our nation’s treasures- Crater Lake. 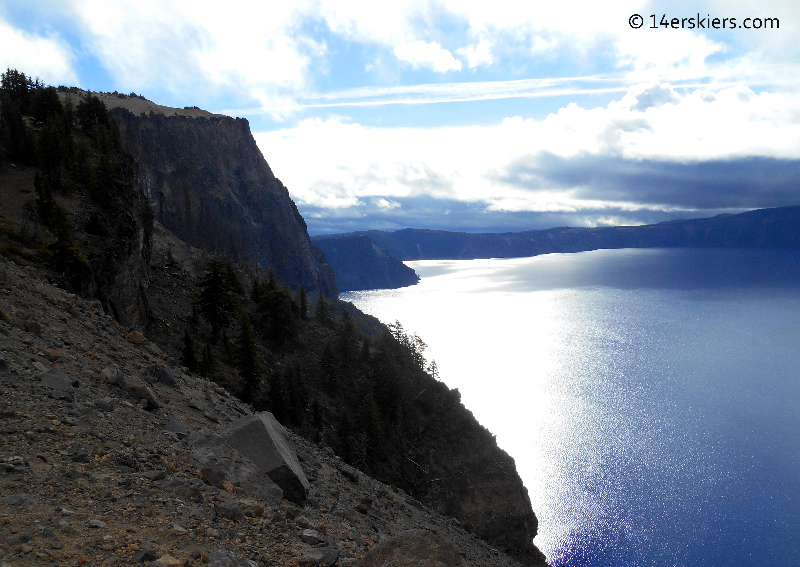 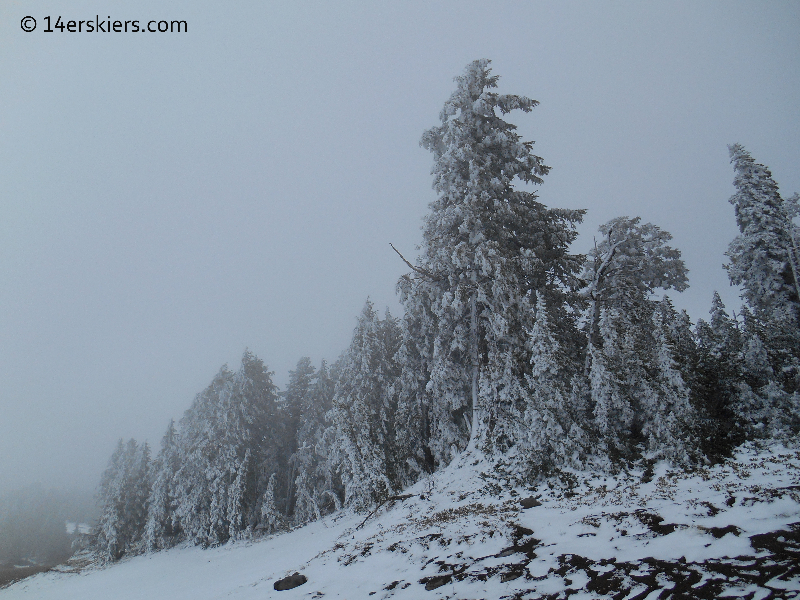 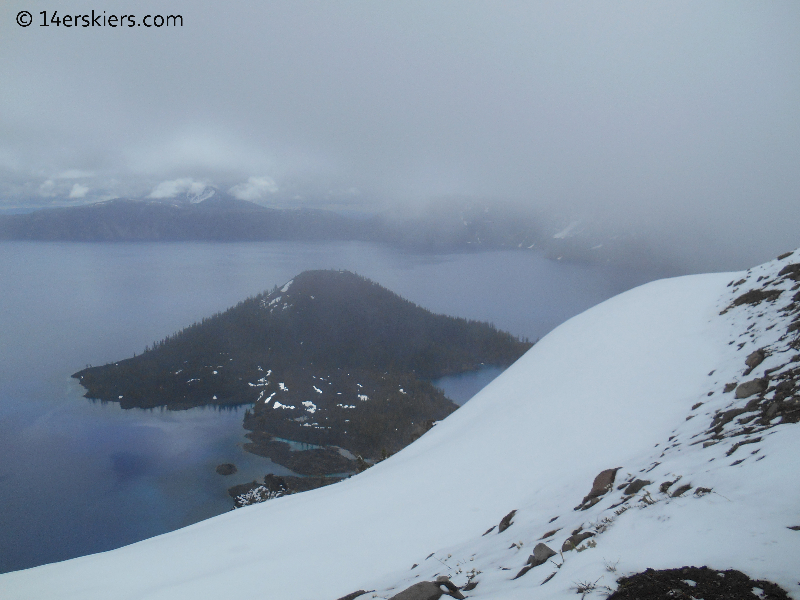 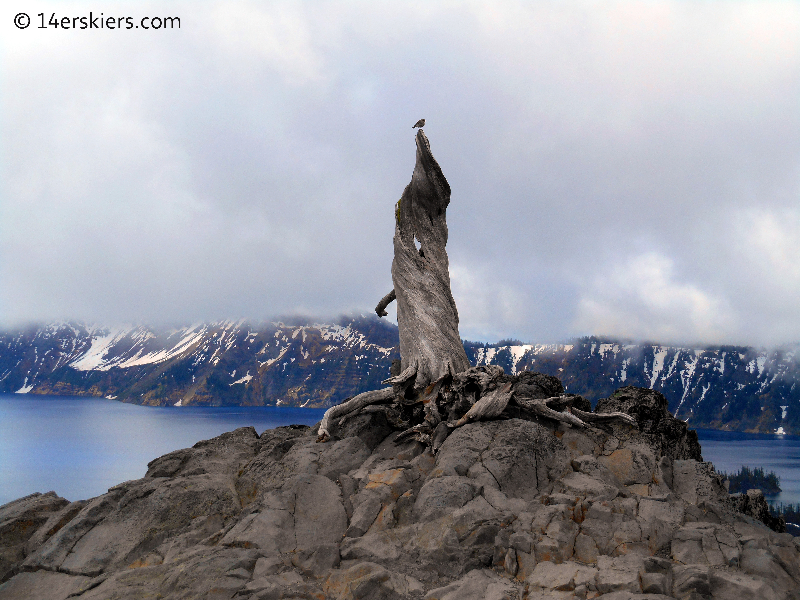 Wizard Island stands as a newer volcano that evolved after the development of the lake. 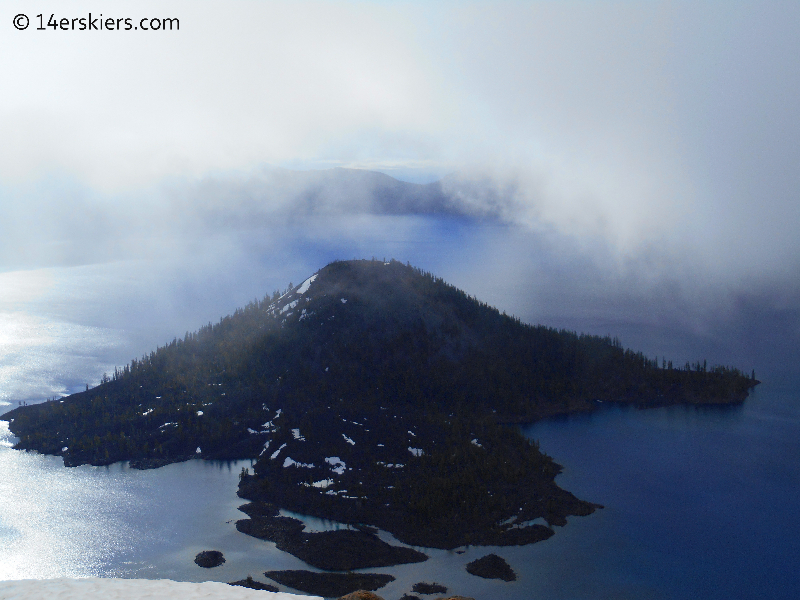 The story of Crater Lake. 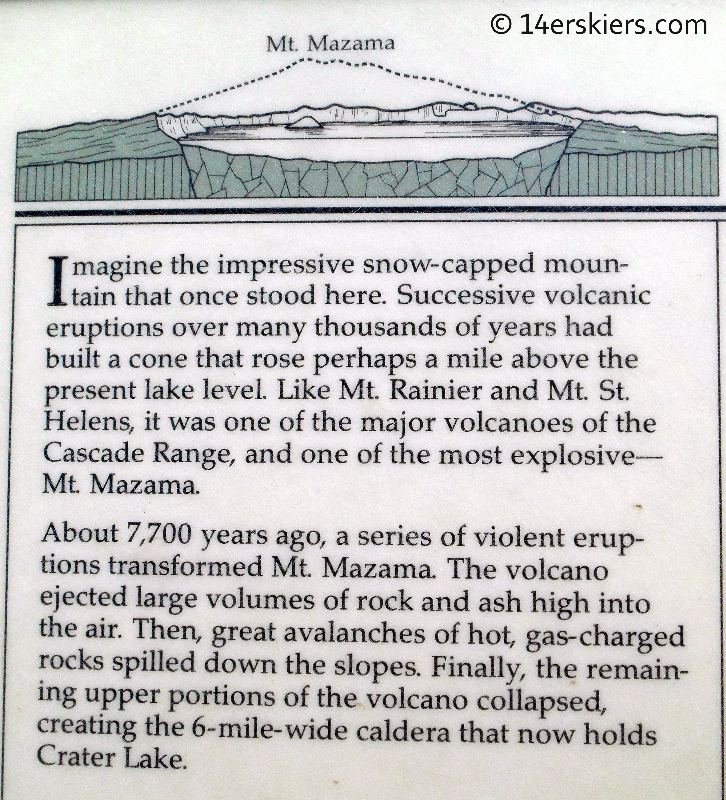 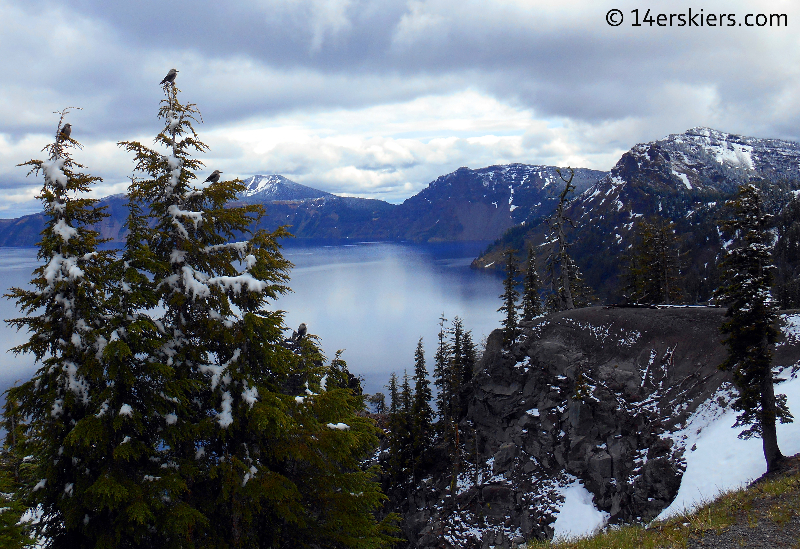 Crater Lake is truly one of the most amazingly beautiful places on this Earth. Looking toward the mountains called the Watchman and Hillman Peak. 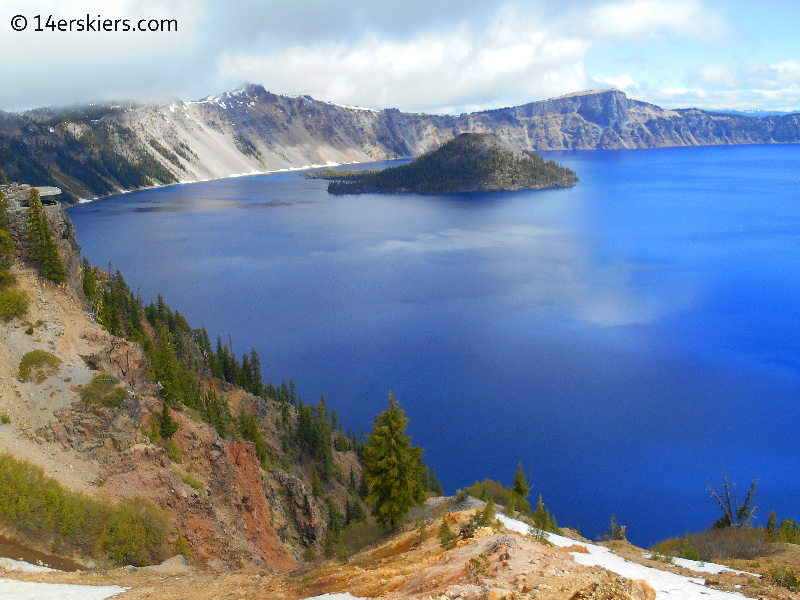 Mount Scott in the distance, the highest point in Crater Lake. Unfortunately, the road was not accessible to reach this peak. Due to government cutbacks, the National Park Service could only afford to plow the road on the western side of the lake. 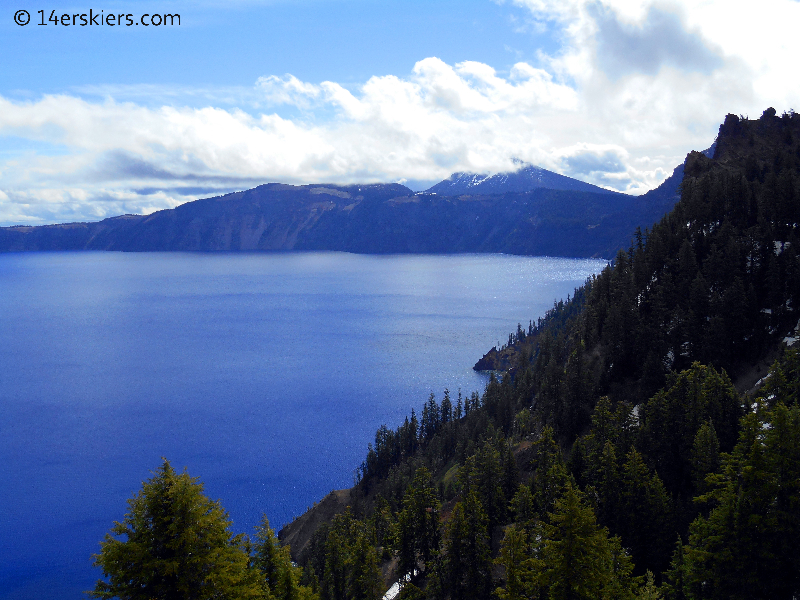 We also went into the historical Crater Lake Lodge at Rim Village. 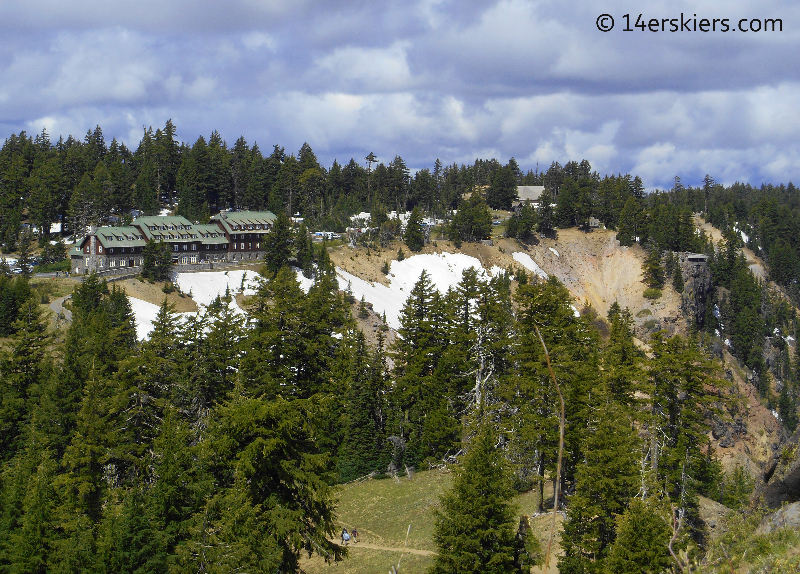 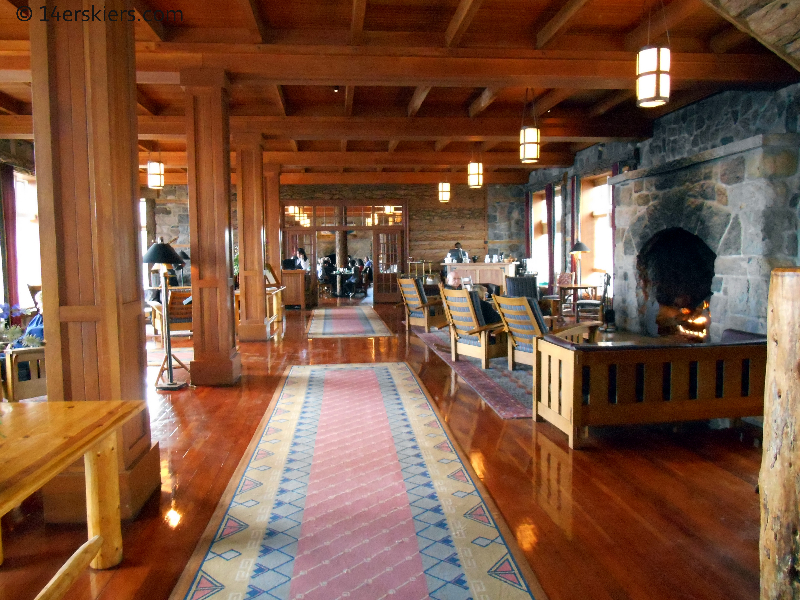 So so so so blue! 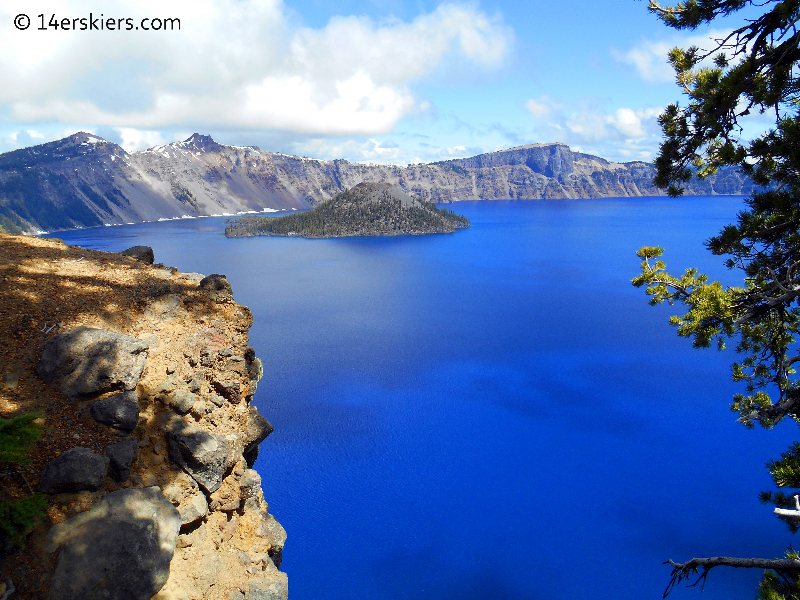 What causes the blue? The red and yellow light is not absorbed by the water molecules as much as the blue light. The blue light travels to great depths and is re-radiated by the water molecules. Because Crater Lake is the deepest lake in the US (1932 ft) and its water is extremely pure, these re-radiated blue wavelengths are especially intense, creating this perfect blue color. 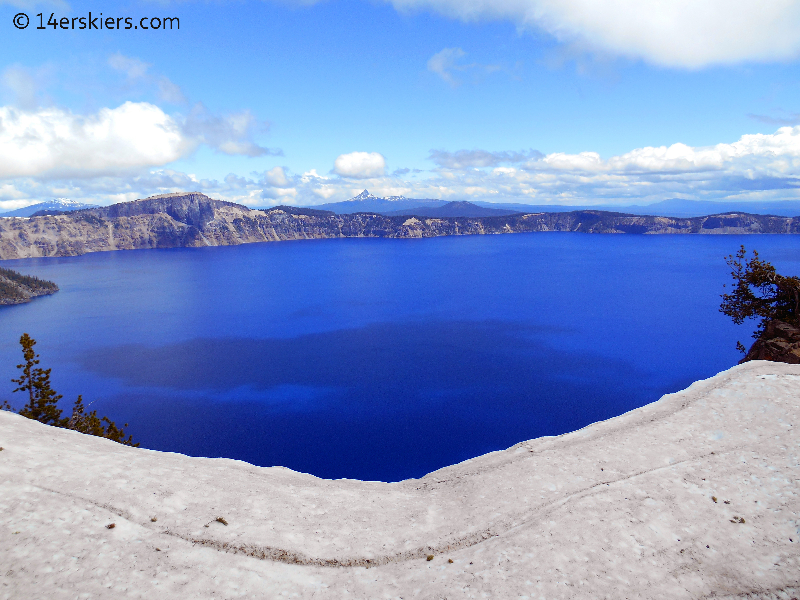 Mount Thielsen in the distance. 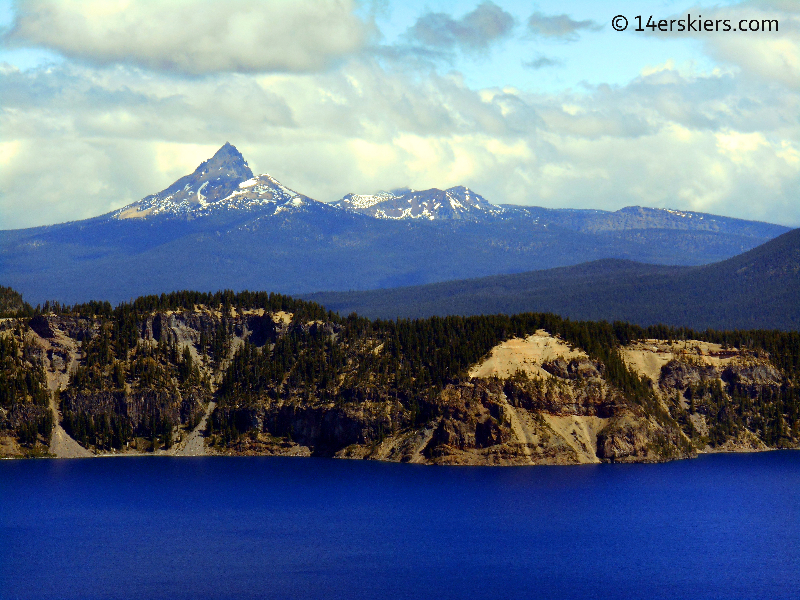 Since we could not climb Mount Scott, we opted for a peak near it, called Garfield. The scenes from our hike were beautiful! 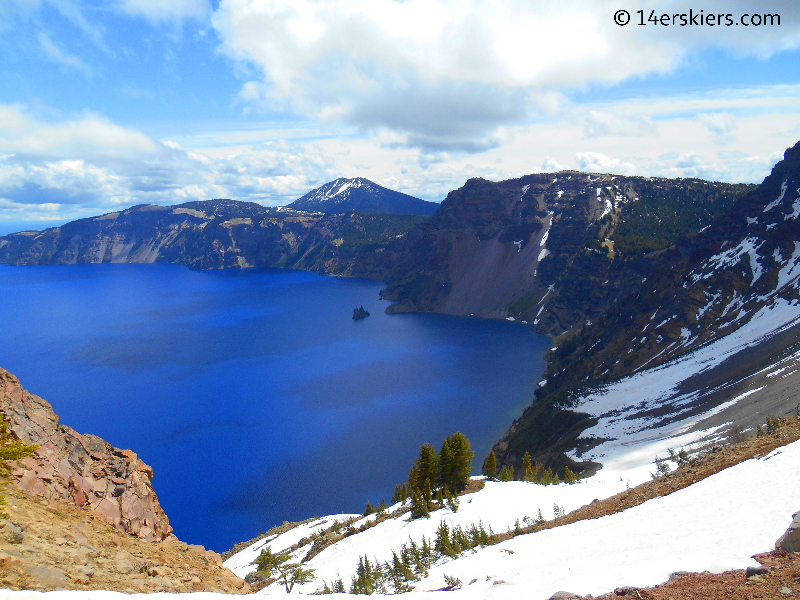 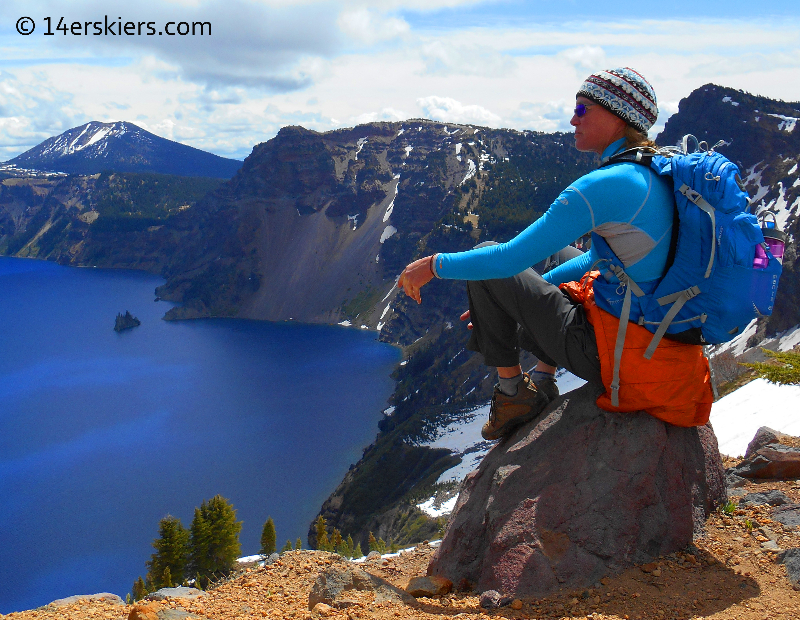 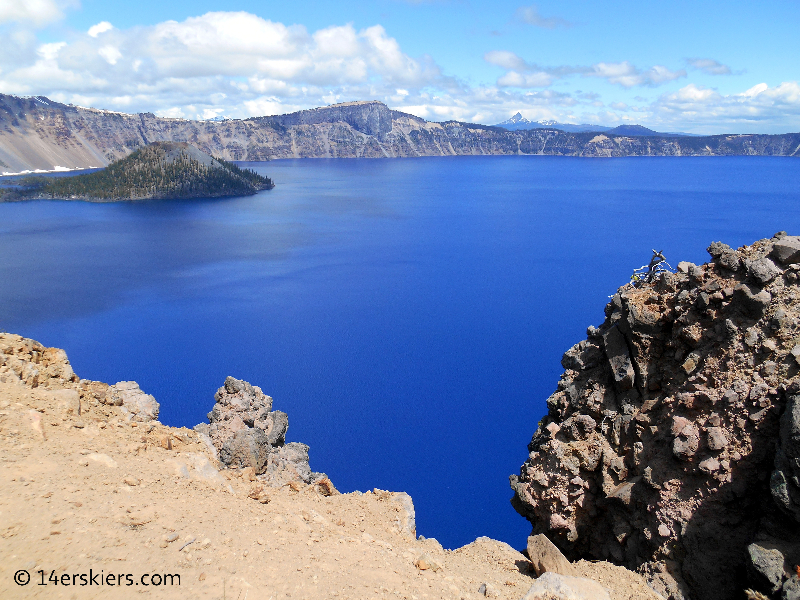 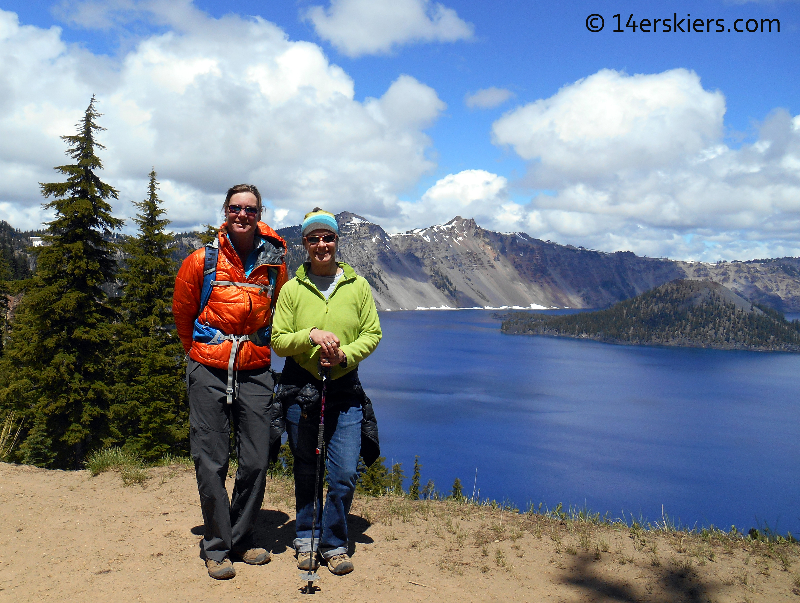 In mid-afternoon, we returned to camp. It was a sad afternoon as it was time for me to say good-bye to my friend Pam. She had to return home. 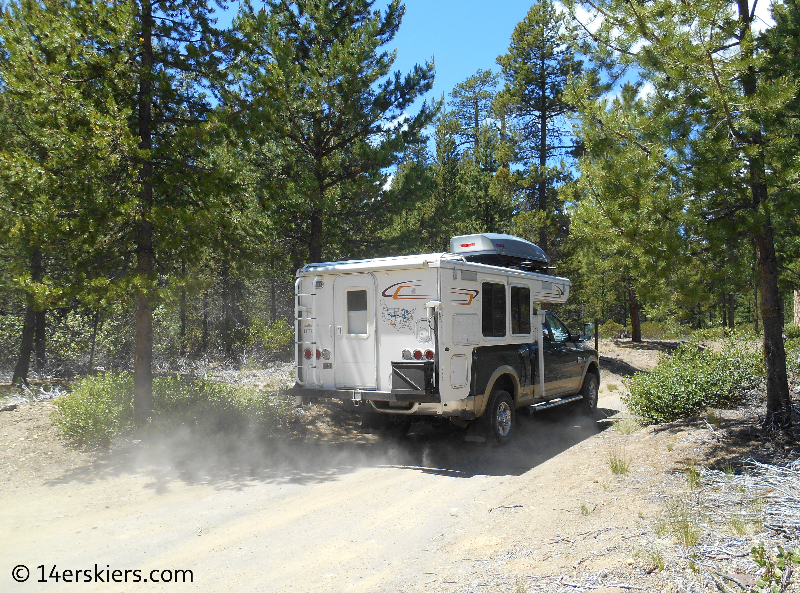 But, it was not yet time for me to head out. There was still more adventuring to be done 🙂