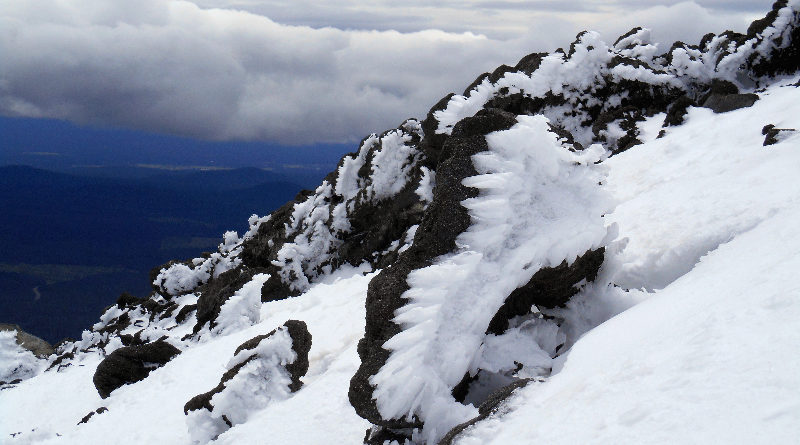 I awoke the morning of the 21st with my tent drenched. I thought it had rained the previous night, but after inspecting the ground, I realized that the moisture was from condensation, not sprinkles. The clouds hovered thick above in the sky. It was day 3 of cloud cover, but the clouds seemed higher than the last two days. I could still see Mount Bachelor, so I decided to grab my gear and make the most of the solstice. It was time to ski. 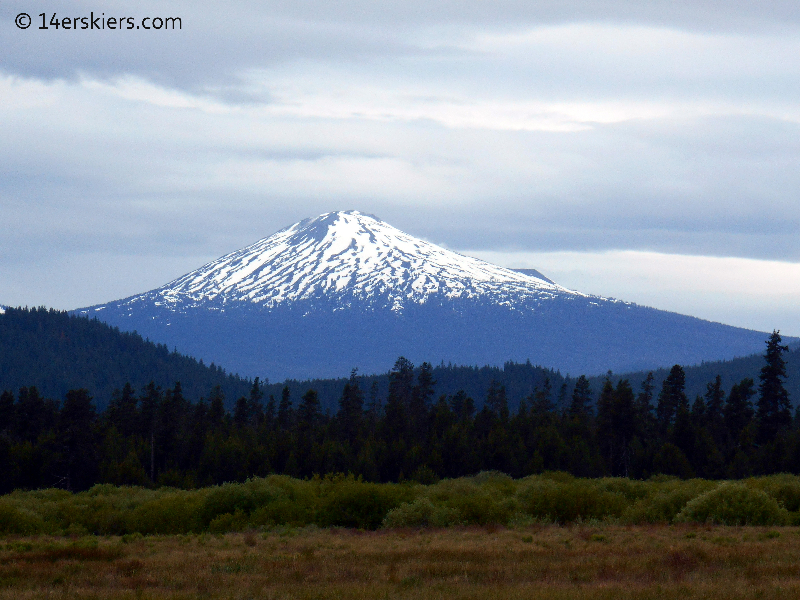 Mount Bachelor is home to the largest ski area in the US Pacific Northwest. As a dormant strato-volcano with minimal glaciation, this peak is very skier friendly. The lifts usually spin well into summer, but this year’s snowfall was less than normal and the ski area closed early. Lucky for me, as I wanted to venture out on a nice solo ski. 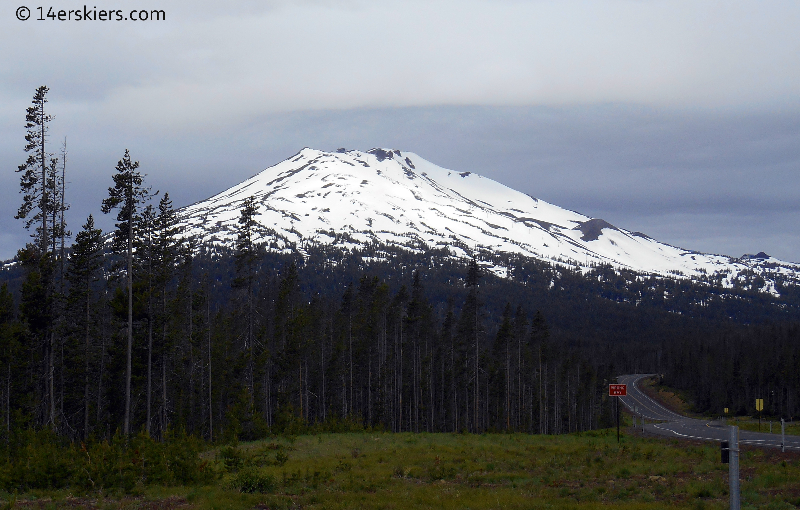 The lower 1/3rd of the mountain had sporadic patches of snow and plowing. It was obvious that the management was preparing for summer activities. 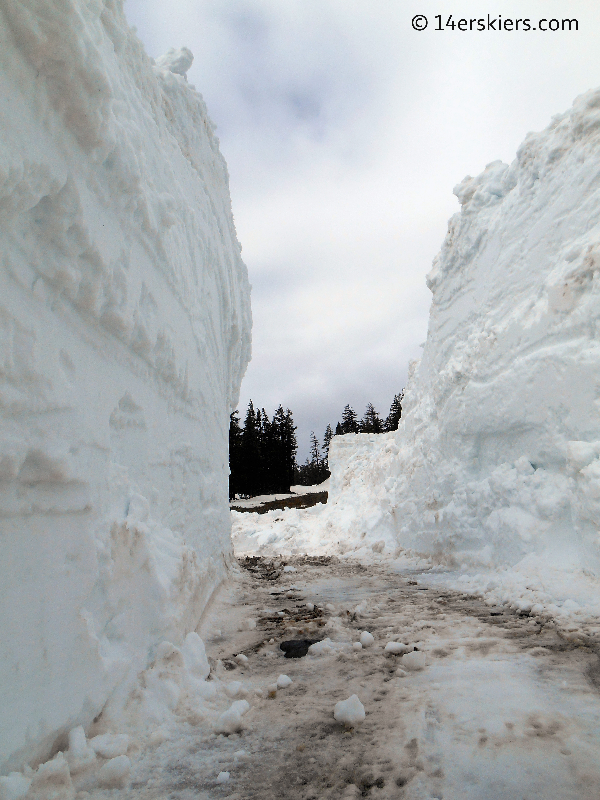 I was able to put skins on fairly early, and the views kept getting better and better as I climbed. The southern side of Broken Top. 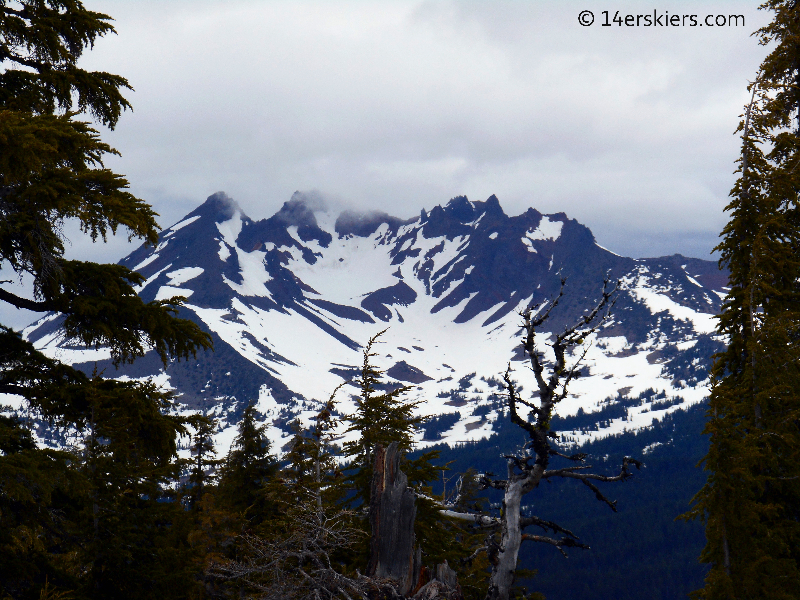 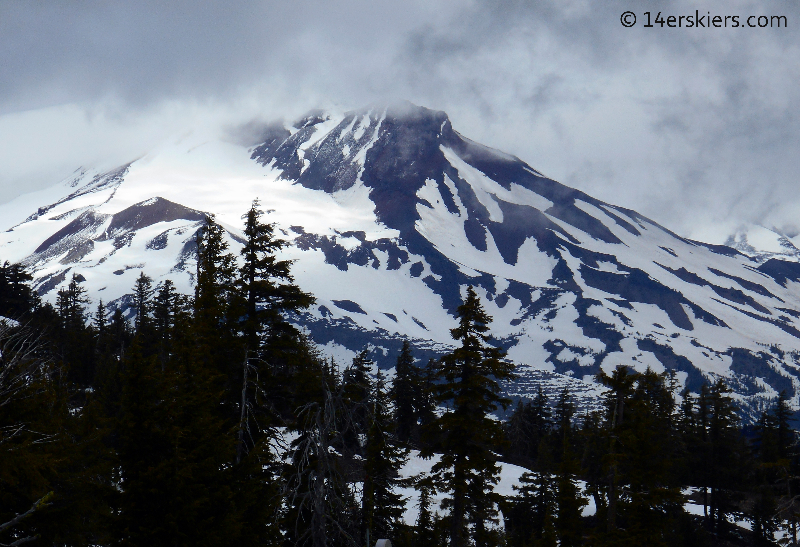 Looking down the highway toward Bend. 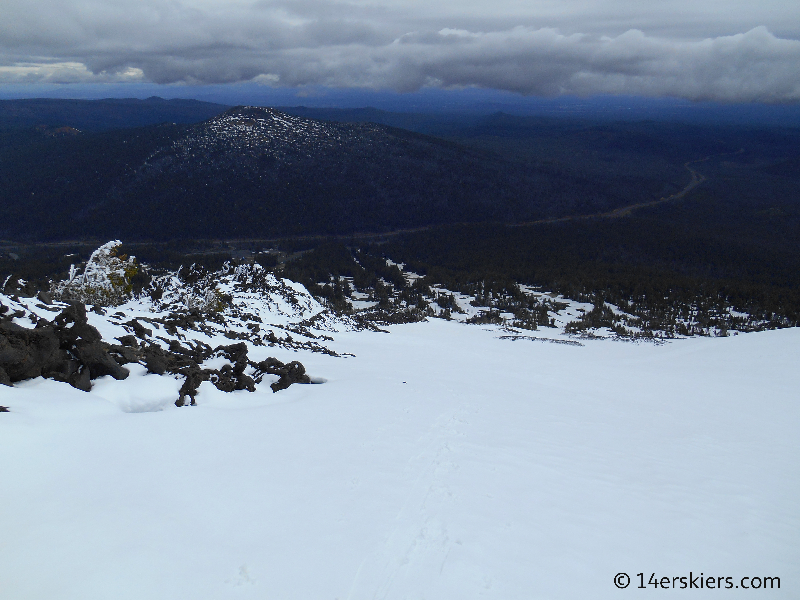 The volcanic rocks were covered in rime from recent snowfall. 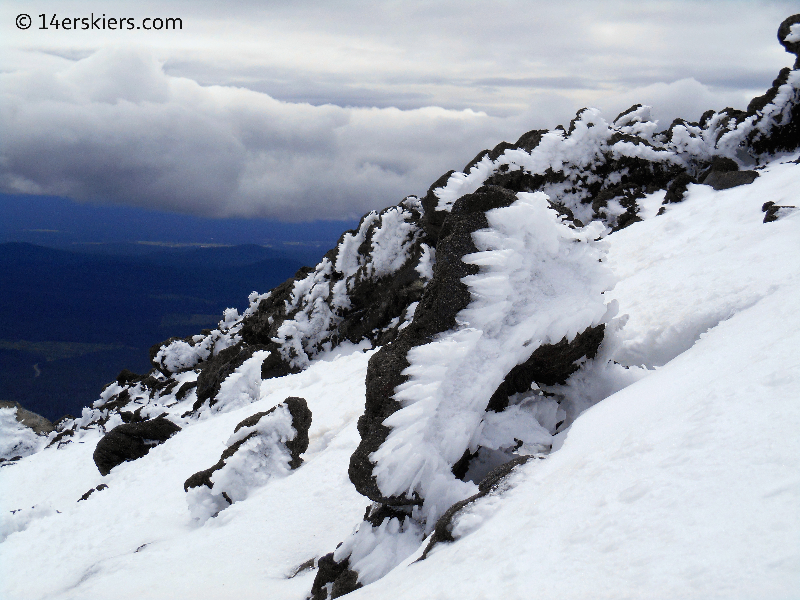 The clouds began to thin as I climbed, and I was hoping it would pop out to blue. 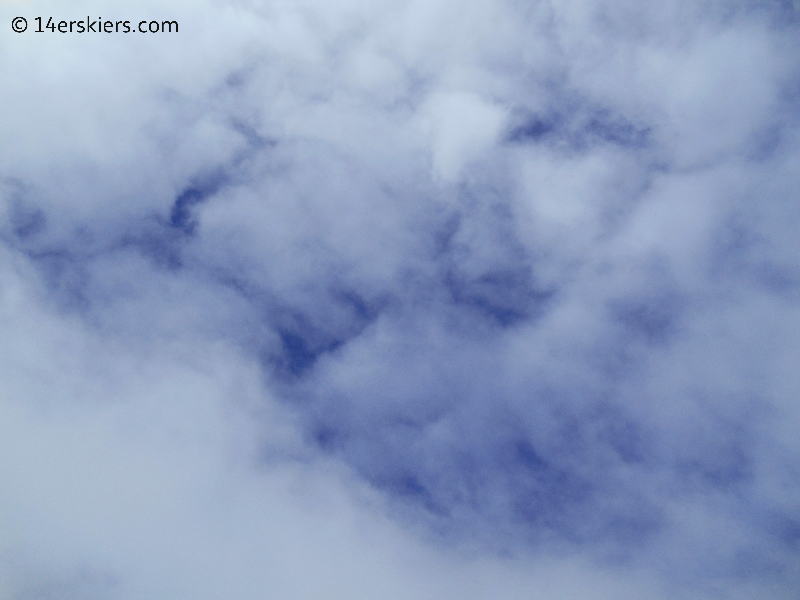 But then the opposite happened 🙁 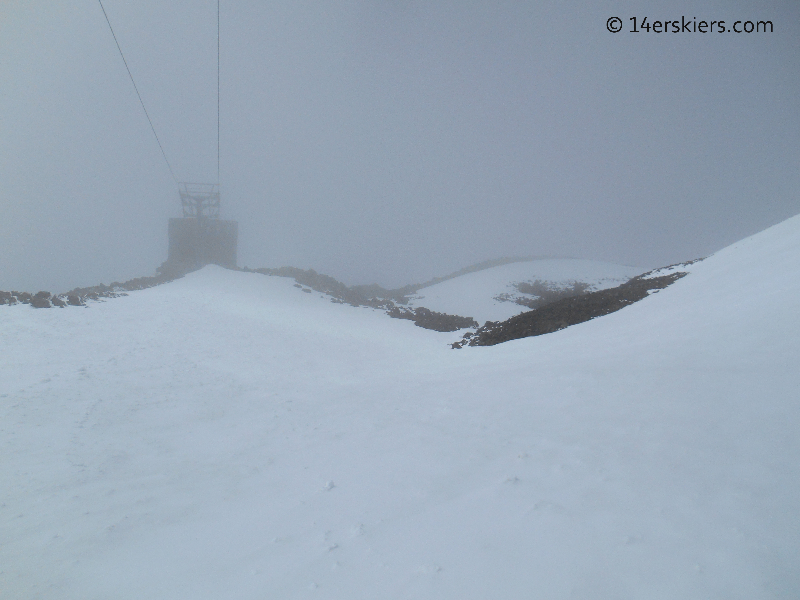 At the top, I took a picture of myself. 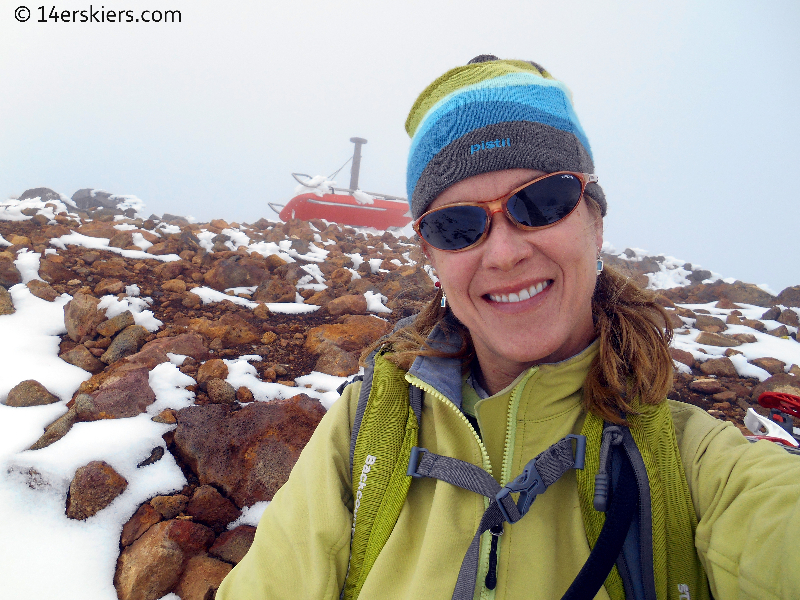 I was hoping to ski down the Cirque, but not having been to Mount Bachelor before, the thick fog left me with low visibility and little to reference. I wasn’t sure if I was even in the right spot. I considered retracing my tracks down. 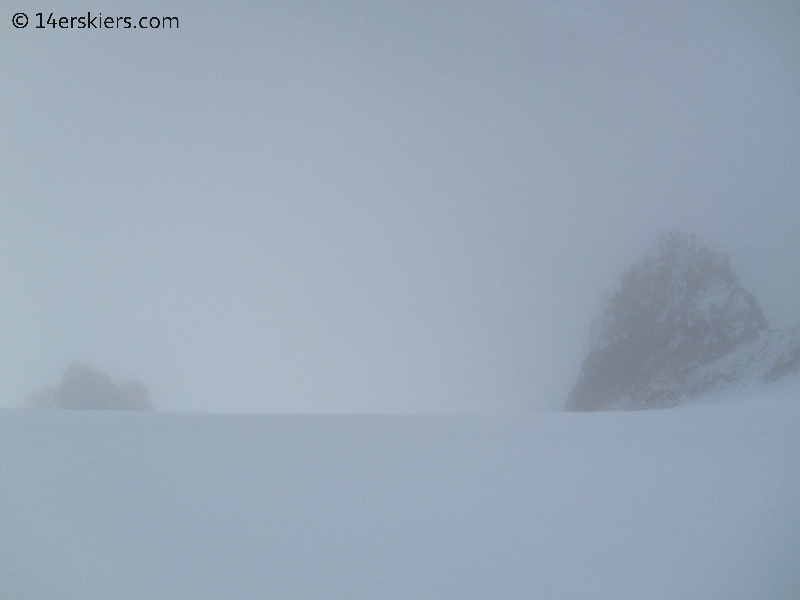 But, as if it was meant to be, there was a 60-second clearing in the clouds. I could finally see down. Yep, I’m in the right place! 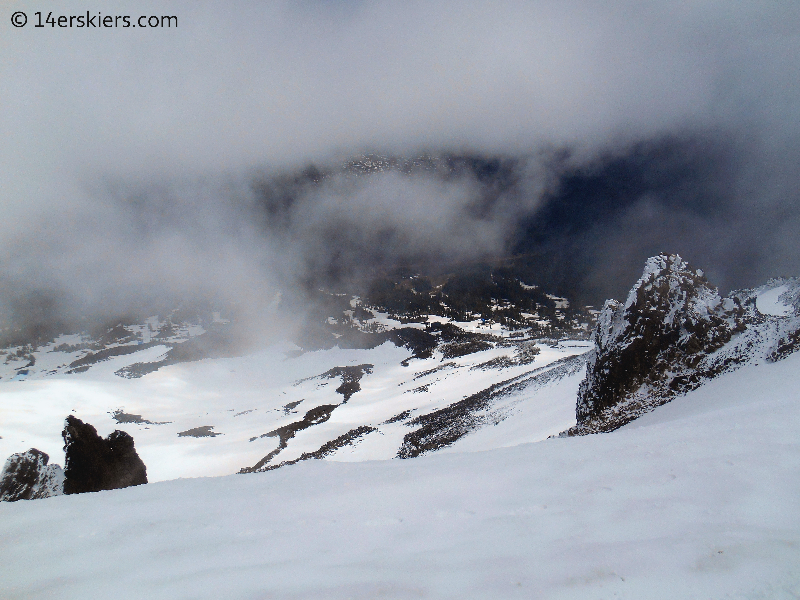 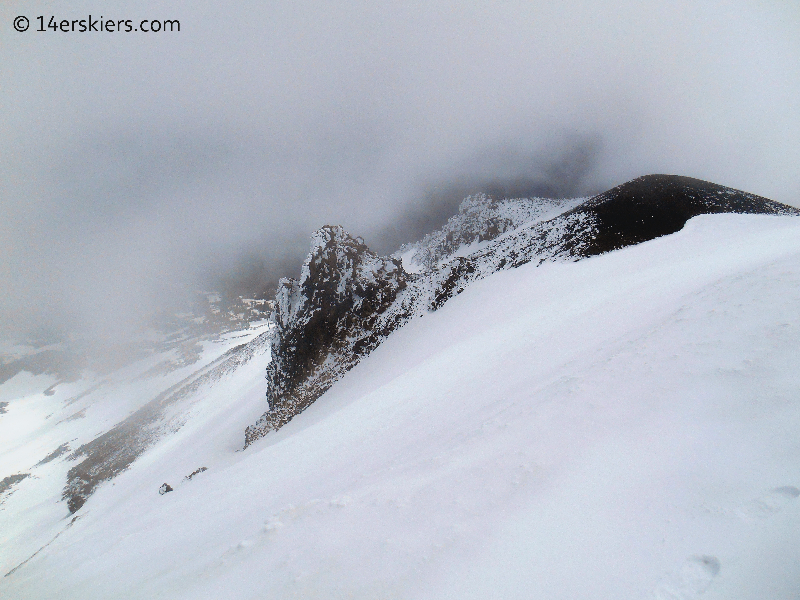 And then I gazed over my shoulder and realized I was not on the summit at all! 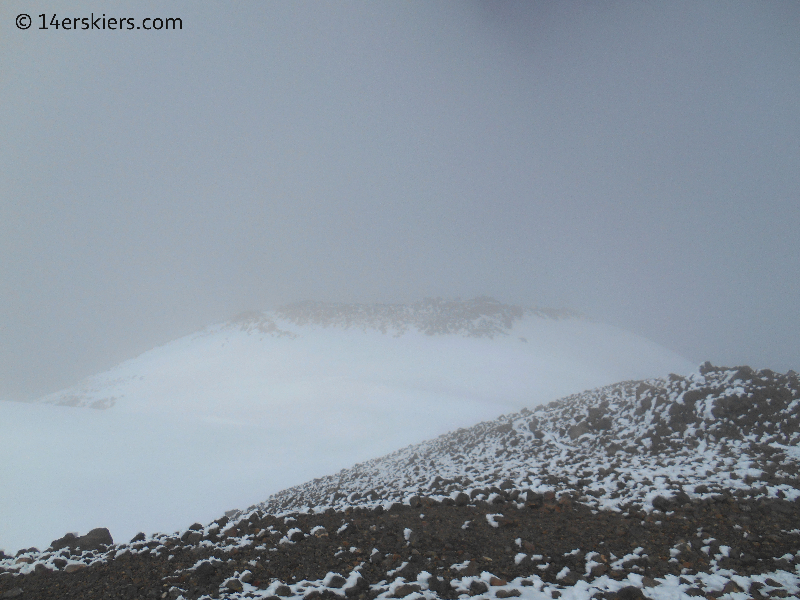 Well, dang it! I have to go there! Along the way, I passed by some fumaroles. 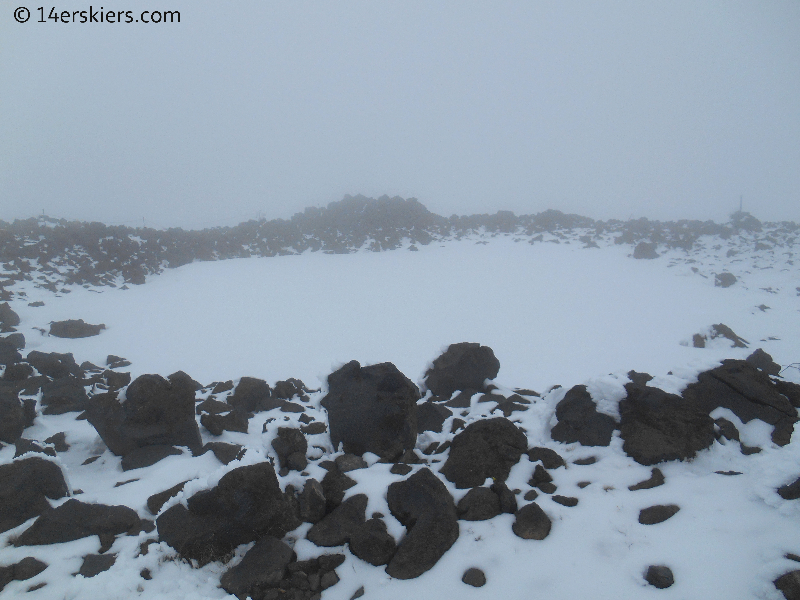 And, alas, a true summit shot 🙂 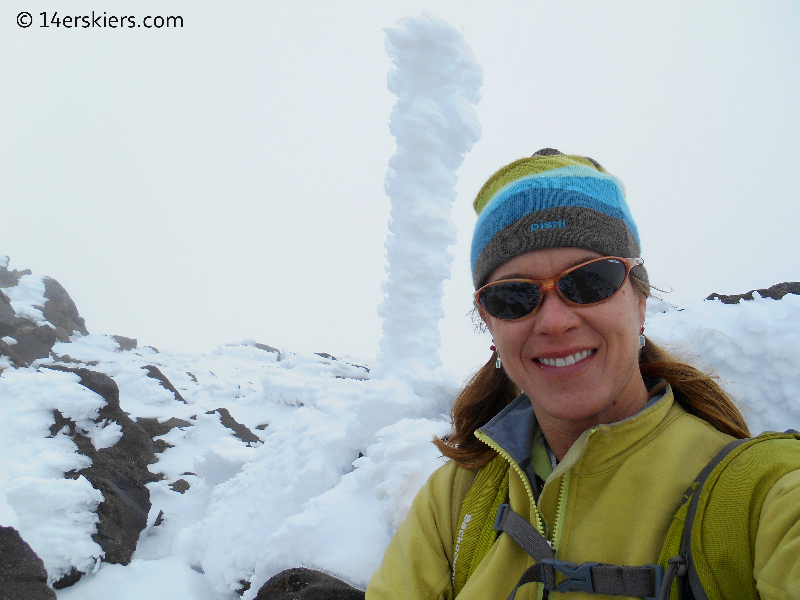 By the time I started skiing, the clouds had socked in again. 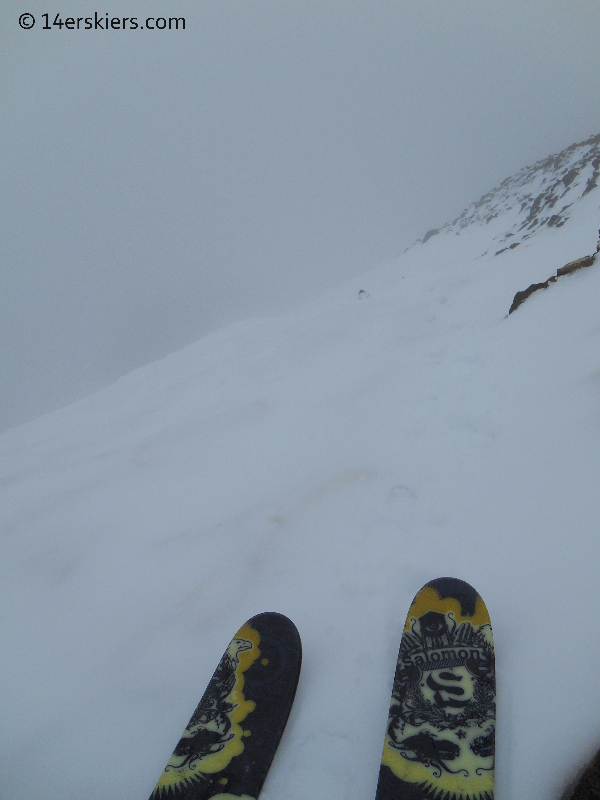 I found the rock that marked the Cirque and began descending. 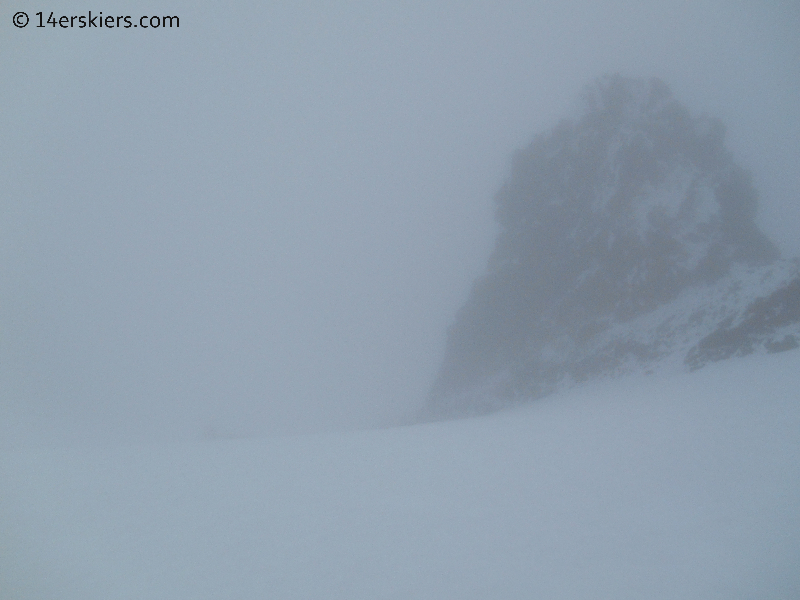 But, I was completely “in the white” after passing this rock. I had nothing for reference and could not tell which way was up and which way was down.

I was very happy when I finally found the tram line and descended below the cloud cover. 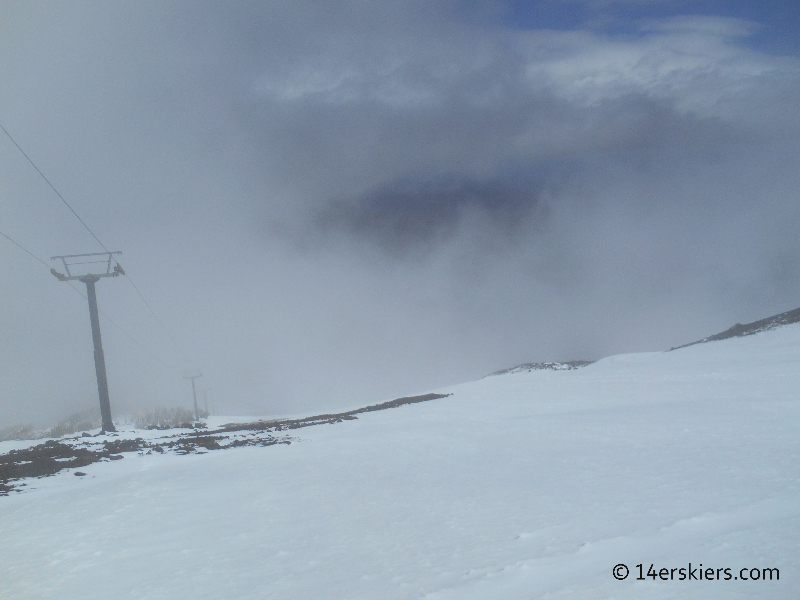 I wish I could have captured a picture of my tracks up higher, but I could not see more than 3 feet in front of me 🙂 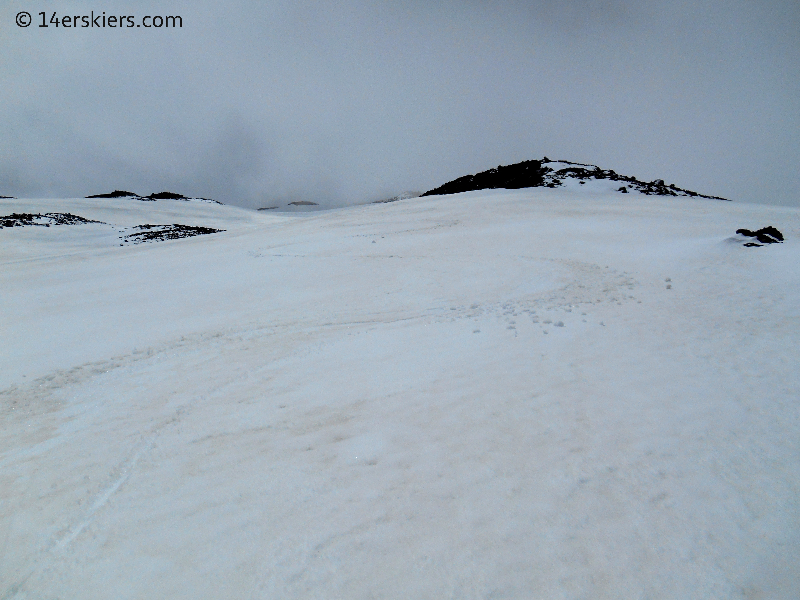 As I continued to descend, the summit passed in and out of clouds. 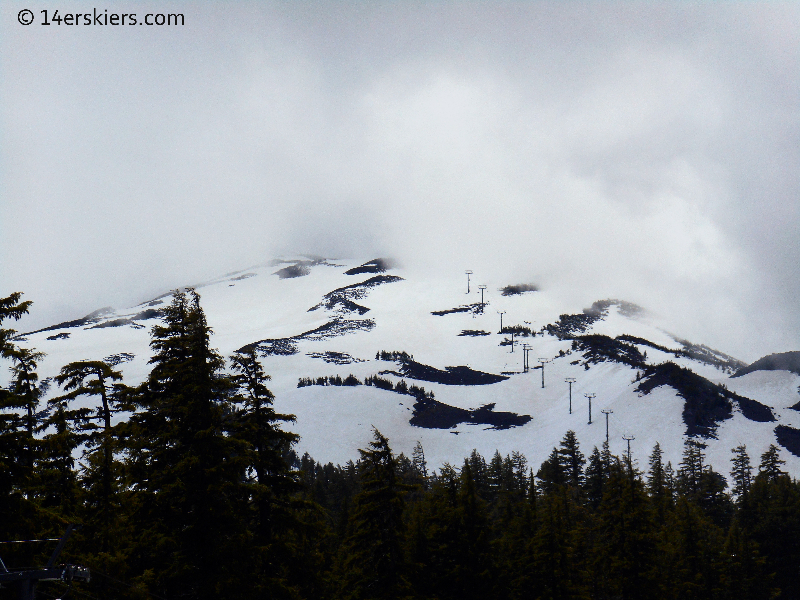 With only a 2800′ climb, Mount Bachelor makes a short, fun ski, and one that is very easy to do solo, especially on a clearer day! I enjoyed skiing some of the fresh snowfall, and the occasional views of nearby peaks between clouds. It was a great way to spend the solstice.

Still, I was waiting for more. Saturday looked to be the perfect day for weather to try for something bigger and I had local Bend partners lined up to join me. So, I packed up my car and headed down toward Oakridge. Destination – the remote Diamond Peak!