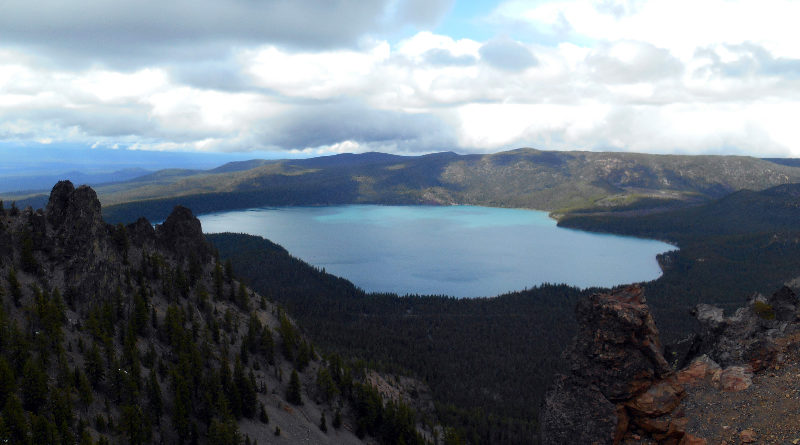 Everyone has heard of Crater Lake. But, not very many have heard of the Newberry Crater. Similar to Crater Lake, Newberry was once a larger mountain which collapsed. But, this crater is much larger, and instead of creating one lake, it created two. Other hot spots in the area have been included as part of this National Volcanic Monument. 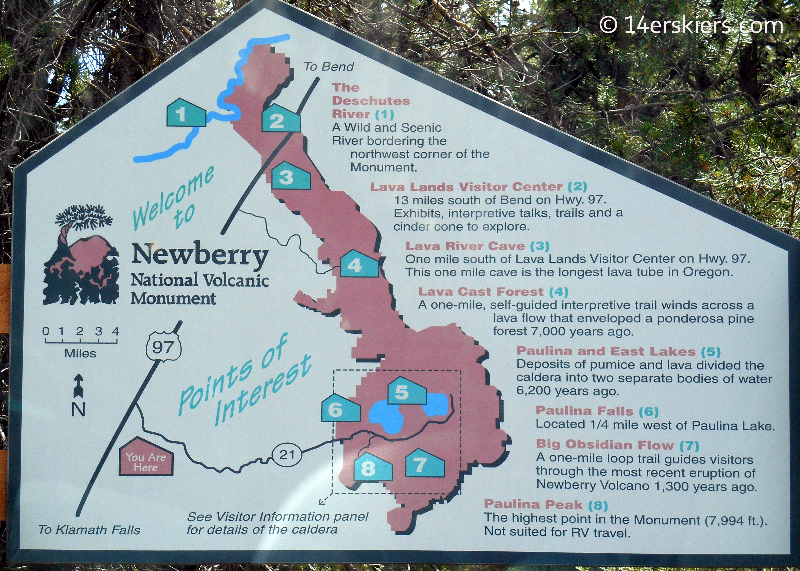 The cliffs that create Paulina Falls were created by one of the eruptions in the area. 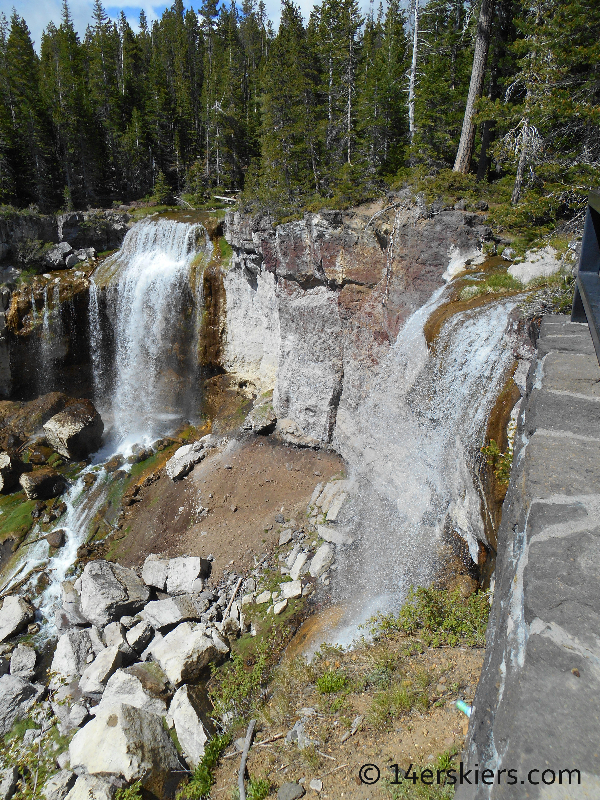 Paulina Peak is the highest peak in the area, a remnant of the slopes of Newberry that existed before its collapse. It stands at over 7000 feet tall. There is a very narrow and windy road that goes to its summit, from which you can overlook many parts of the Newberry Crater, including Paulina Lake. 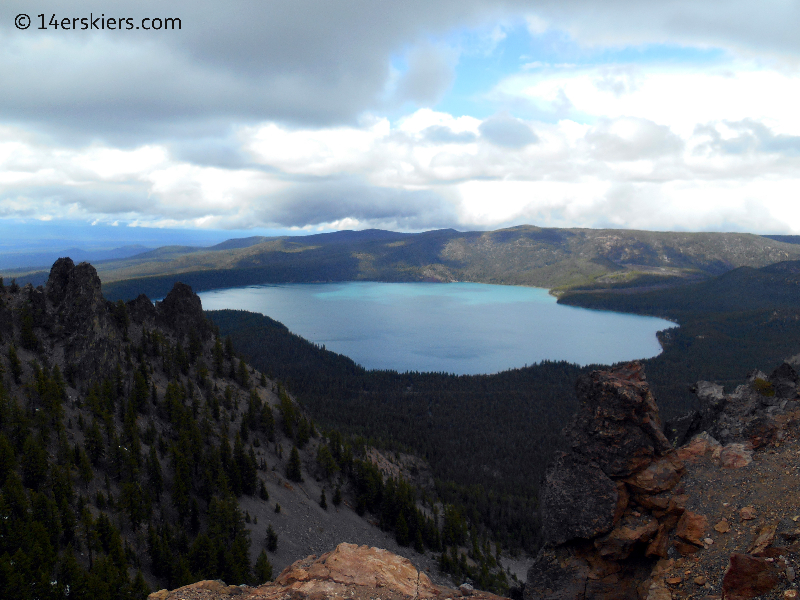 Newberry Crater has historically been most known for its obsidian flow. 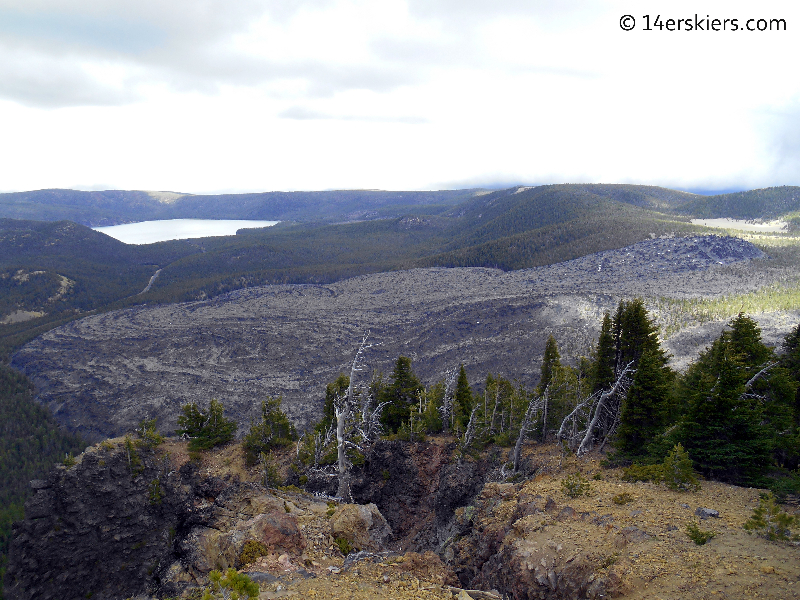 Another view from Paulina Peak- Paulina Lake and East Lake, with a cinder cone in between. 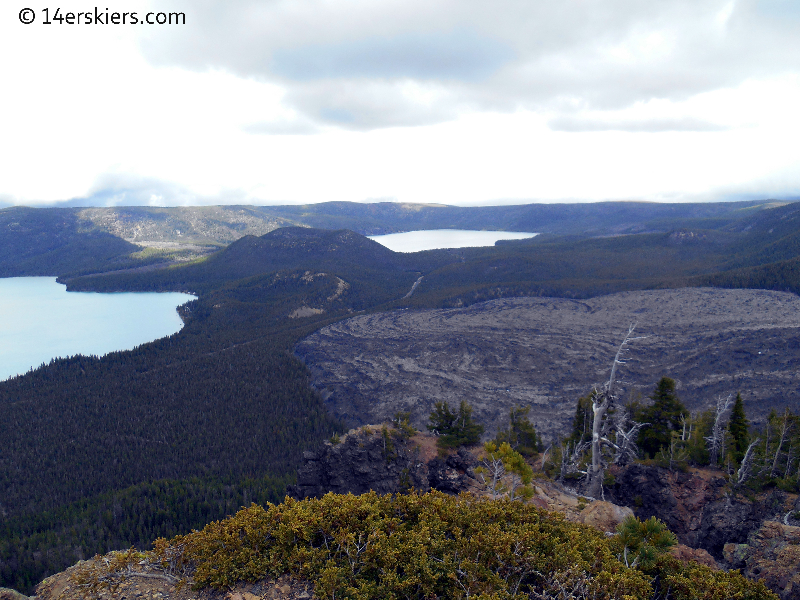 The obsidian flow was created about 1300 years ago and is Oregon’s most recent eruption. It is rather large, taking up an area equivalent to about 640 football fields. 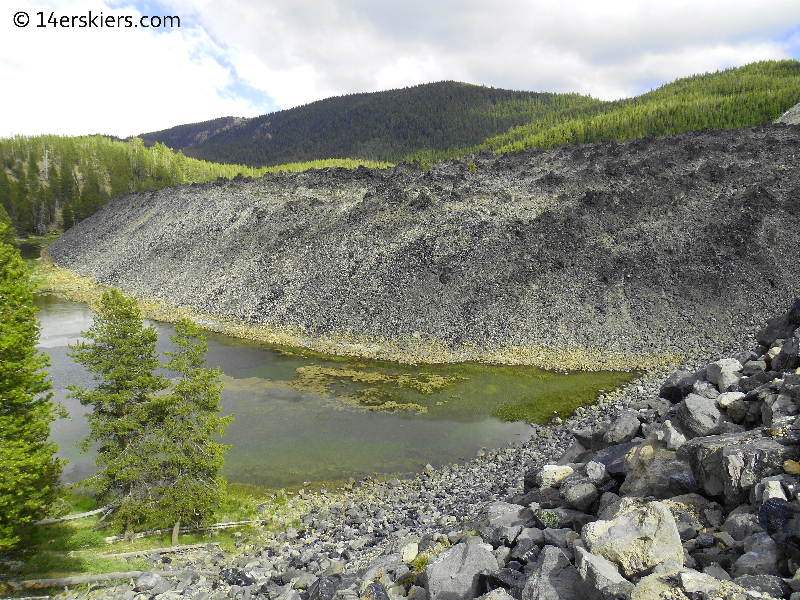 A trail takes visitors through a small portion of the obsidian flow. 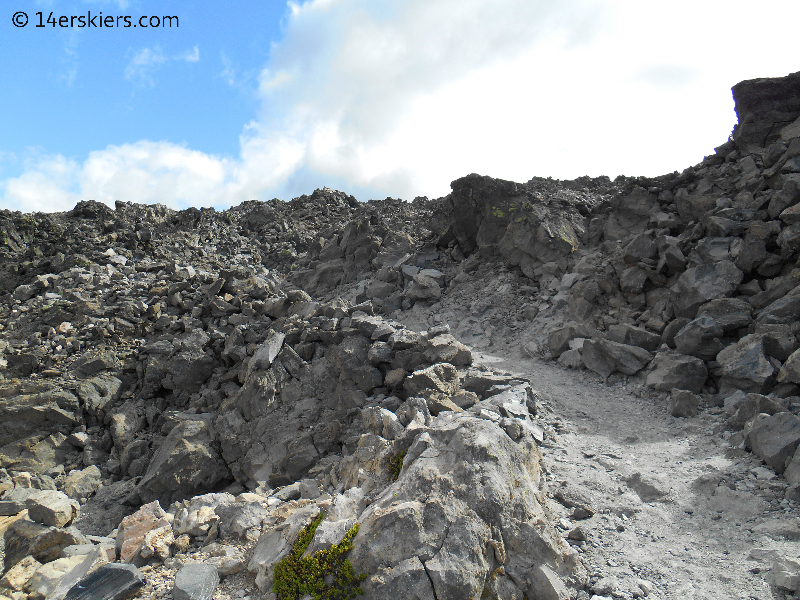 A view of Paulina Peak. 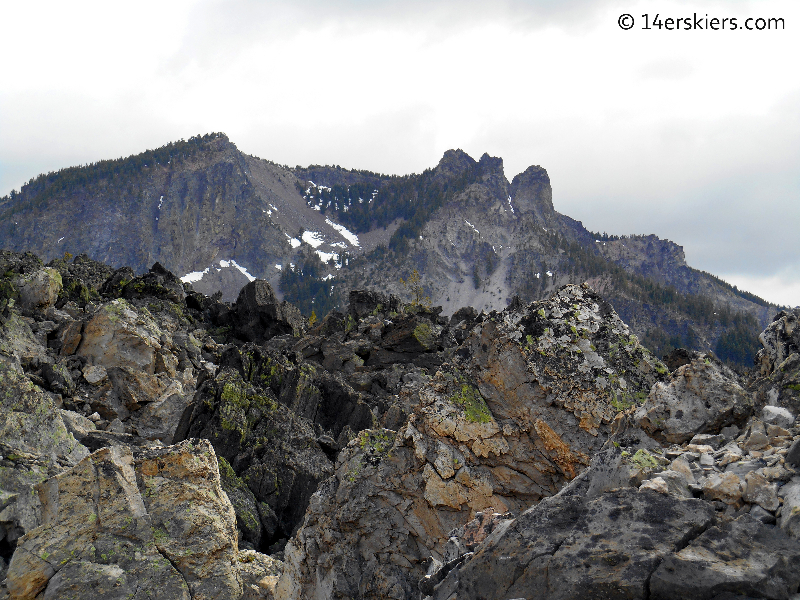 Obsidian is nature’s glass. Like the glass that we know, it is created primarily of silicon dioxide. Glass is created when molecules cool too fast to be organized in a crystal structure. The black in the obsidian comes from small amounts of magnetite (iron oxide) mixed in with the silica. 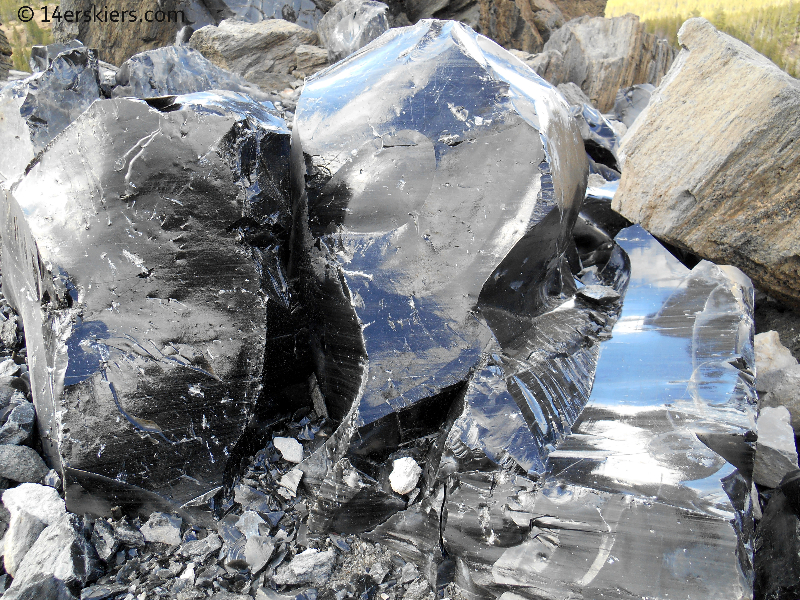 Obsidian was used by Native Americans to create things like arrowheads. Natives would travel for hundreds of miles to “raid” this stockpile! It was also traded to tribes far away. Today, obsidian has some similar uses: 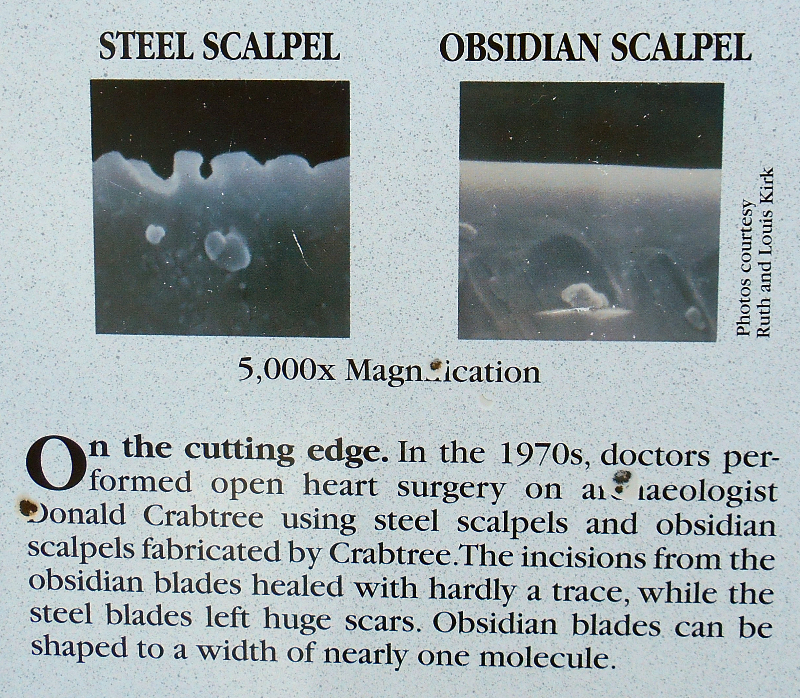 The trees always try to reclaim the land. And then the lava reclaims the trees. It’s a constant battle.

Several miles away, outside of Newberry Crater but near the crater, lies Lava Butte. It is a cinder cone where cars can drive to the top. 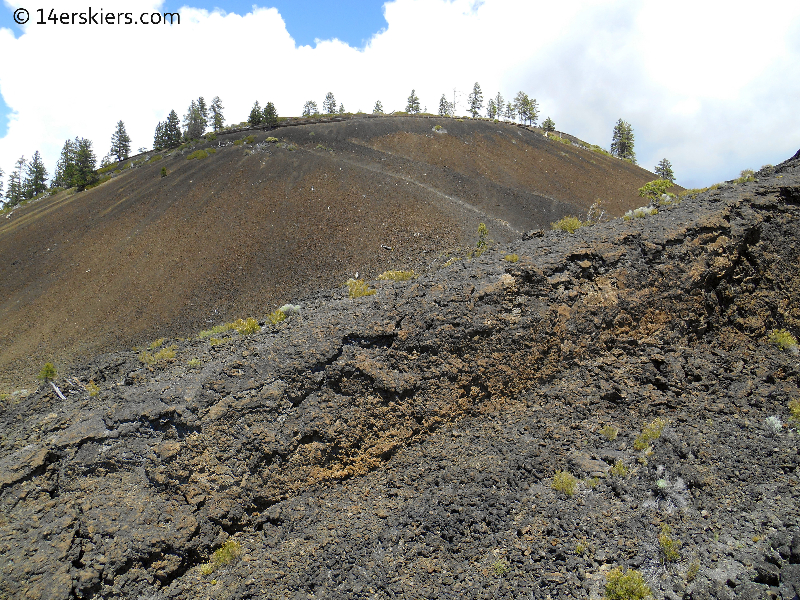 Once on top, visitors can take a peek at one of Oregon’s fire lookout towers. 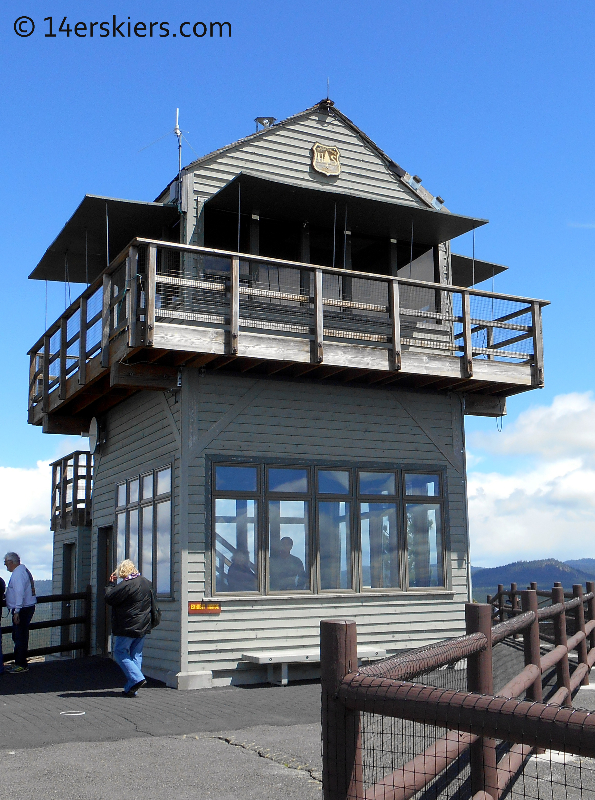 On this day, clouds obscured the mountains. And, it was raining over Bend – which is why this day needed to be another “down day” without skiing 🙂 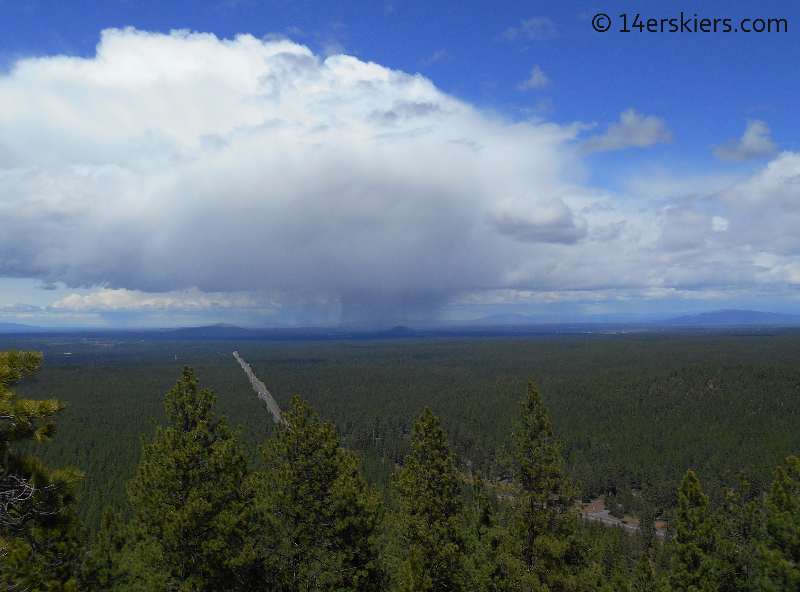 Near Lava Butte is a lava tube cave. 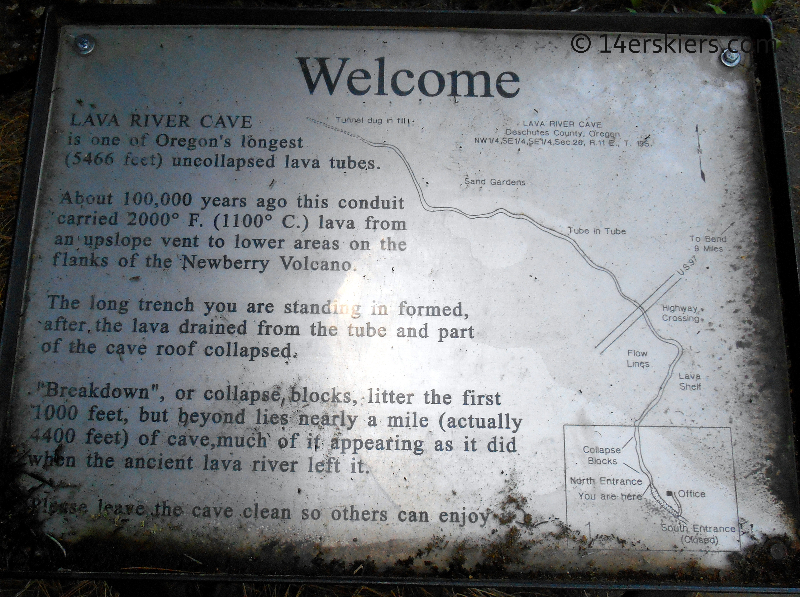 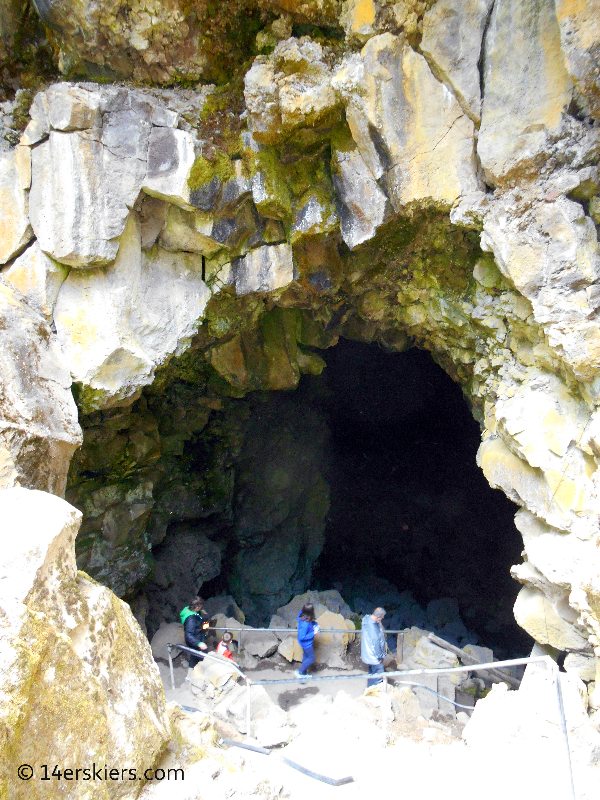 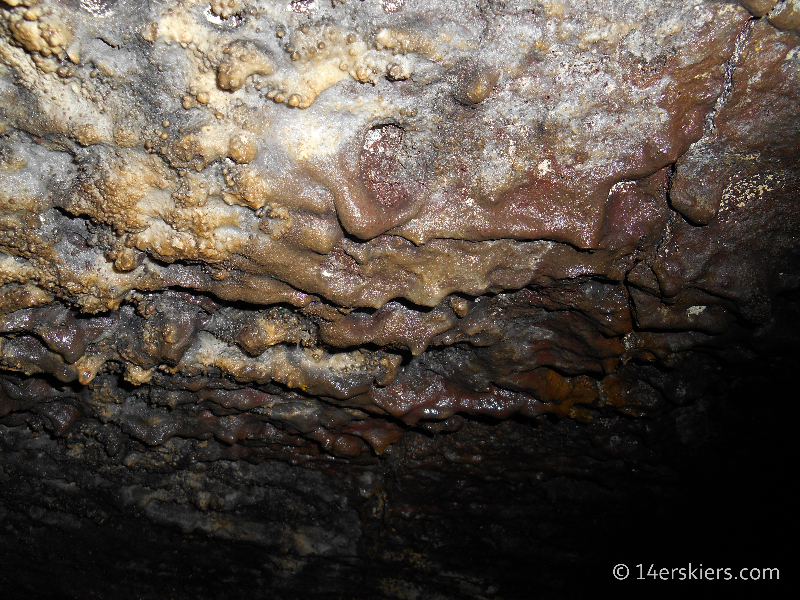 I’ve been in a couple of different lava tube caves before. But this is the first one I’ve been in without a tour. Most caves require that you go on a tour or with a guide. This one, you show up at the entrance, they make sure you have a parking pass and a “lantern”, and you’re on your own. It’s a mile to the end of the cave, and then you retrace your tracks. Yes, you pass many people along the way. But, there are a lot of points where I was not near another group and it feels quite dark! 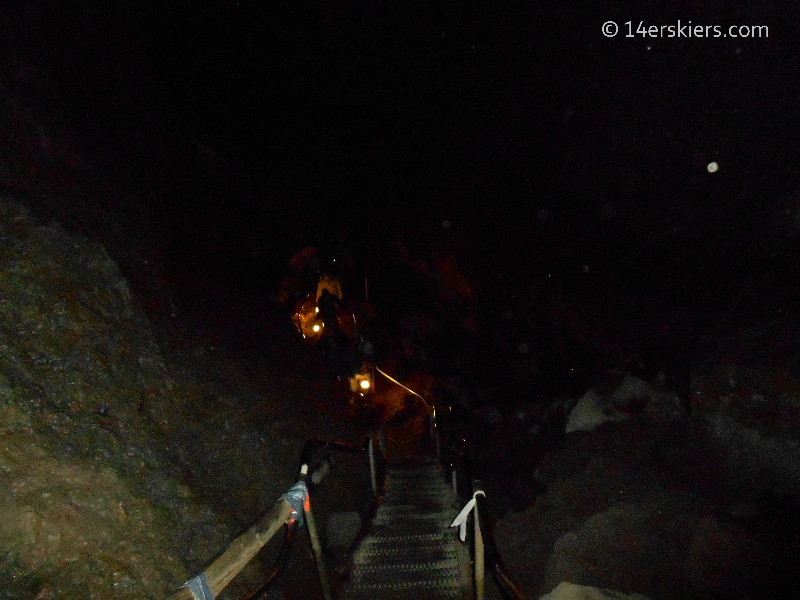 For future visitors, you can rent a “lantern” at the entrance gate. It’s probably worth the $5 as these lanterns are particularly bright. If found that my headlamp didn’t quite cut it in here 🙂 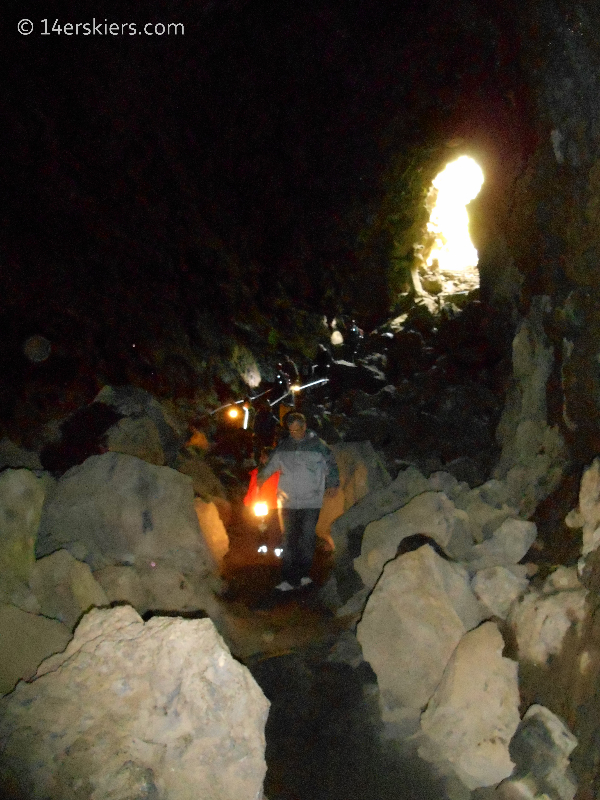 If you’re in the Bend area, Lava Lands and Newberry Crater are definitely worth checking out! It’s a great way to spend a down-day, or a day with the family!