Mike Records sent in this guest TR from his time in Alaska this spring. This is an amazing journey, filled with bucket list items like seeing the northern lights and driving the AlCan, and we’re proud to share it with our readers. Thanks for sending it in, Mike, and remember, we’re always open to submissions, gear review requests, and more here at 14erskiers.com. You can visit Mike’s website here: mikerecords.com

This January my longtime girlfriend Rachel was surprised with a job offer in Cordova, Alaska. So, she took it and flew up immediately. In March I quit my job in Denver, packed my car, hooked up my snowmobile, and got the hell out of Dodge. I started with a bit of a detour to see the good people of Crested Butte and to get in a day of touring in the incredible backcountry there: 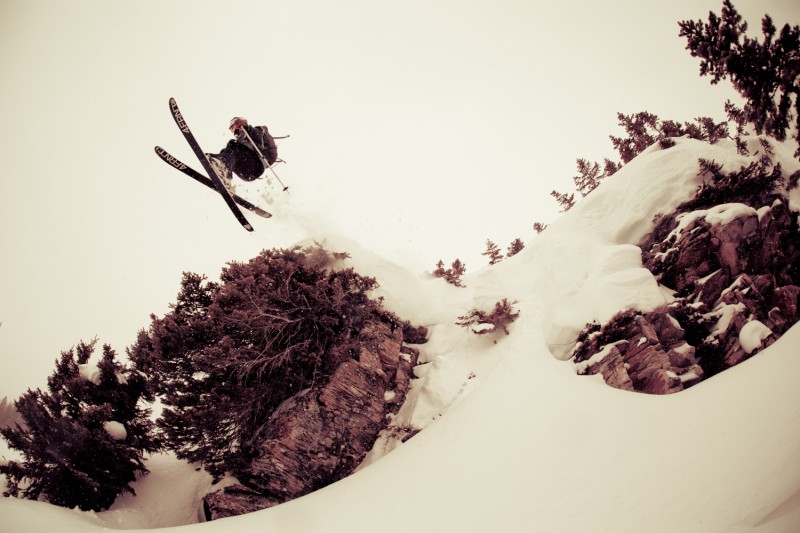 Driving into Jackson always gets me pumped: 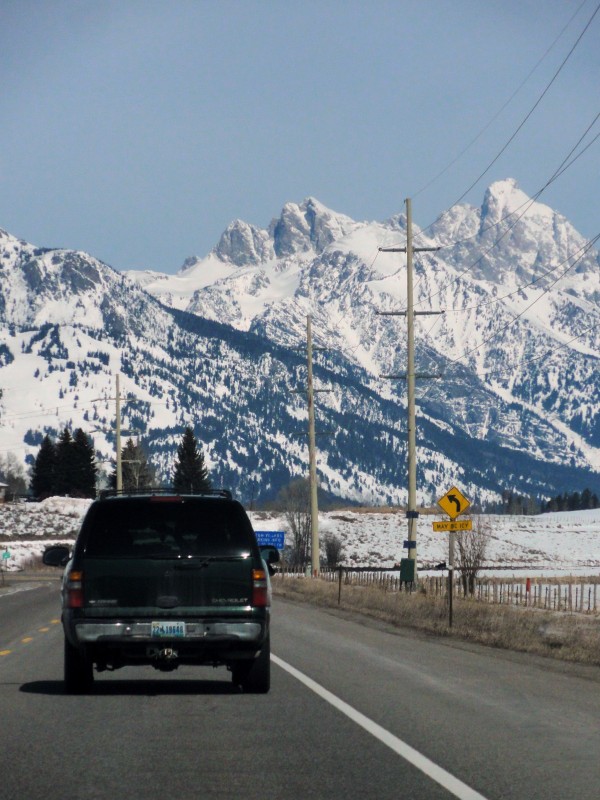 I spent four days in Jackson with my good friend Erik Mehus. We skied the resort, the amazing Granite Canyon sidecountry, and the sled skiing terrain of Phillips Canyon. Erik took advantage of one of the few moments of good light over the four days to take this cliff on Teton Pass really really deep: 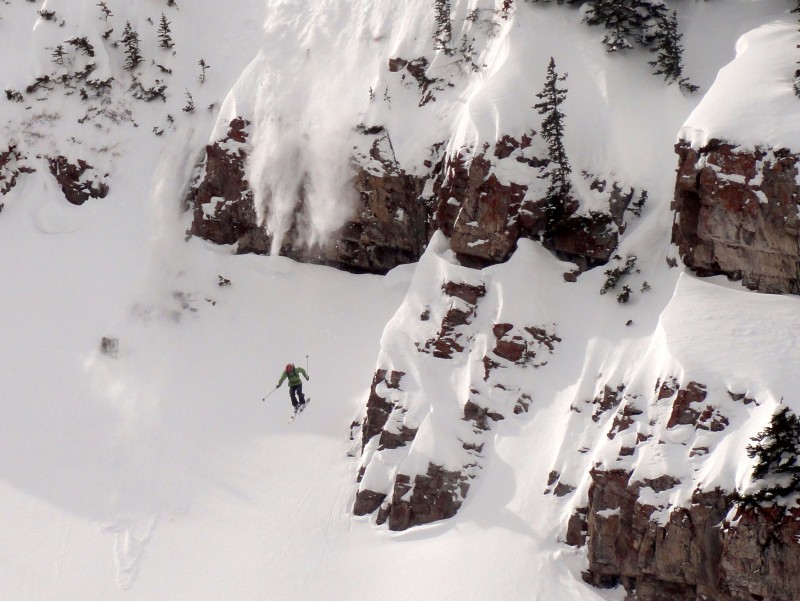 From Jackson I headed for Idaho and Montana: 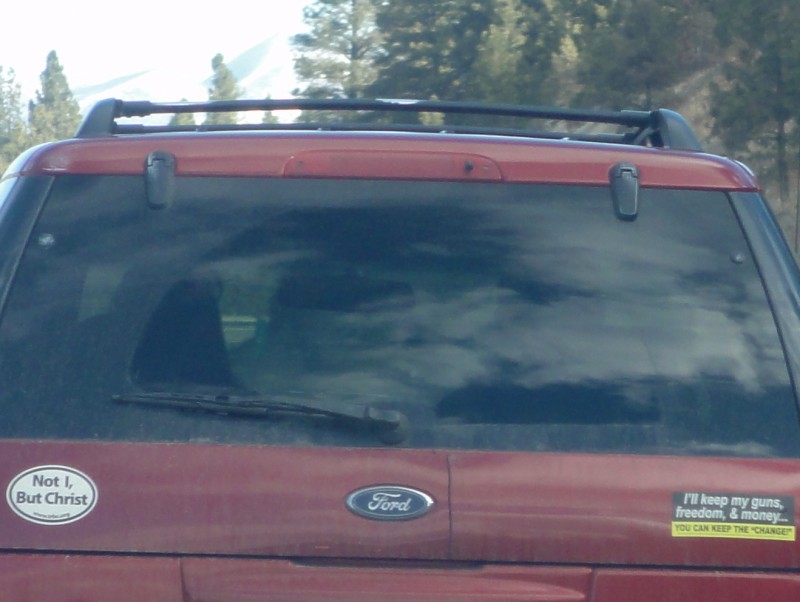 After repacking my car outside of Butte, the SubaLodge was born! 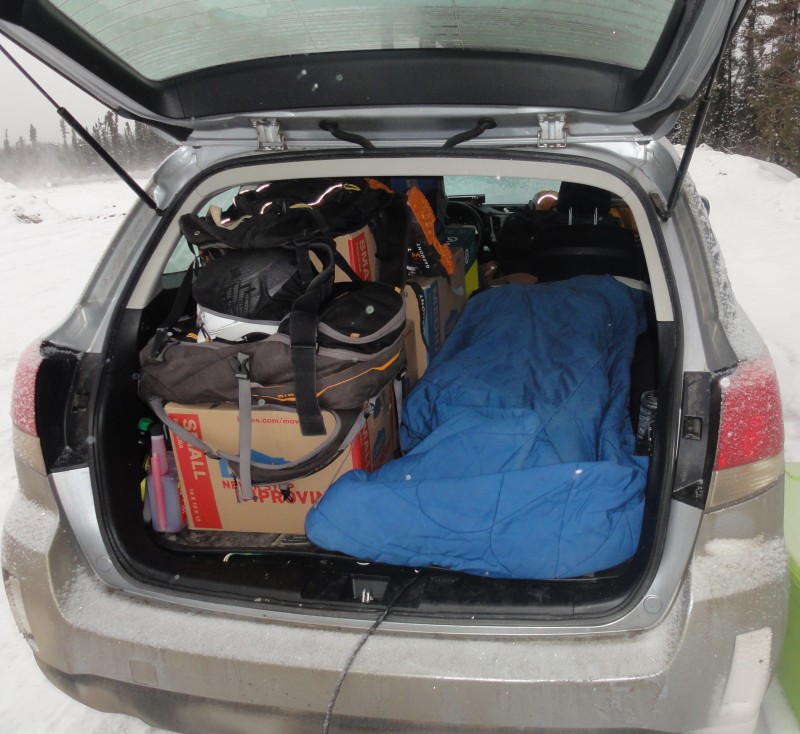 The next day I was through the border and into Canada. 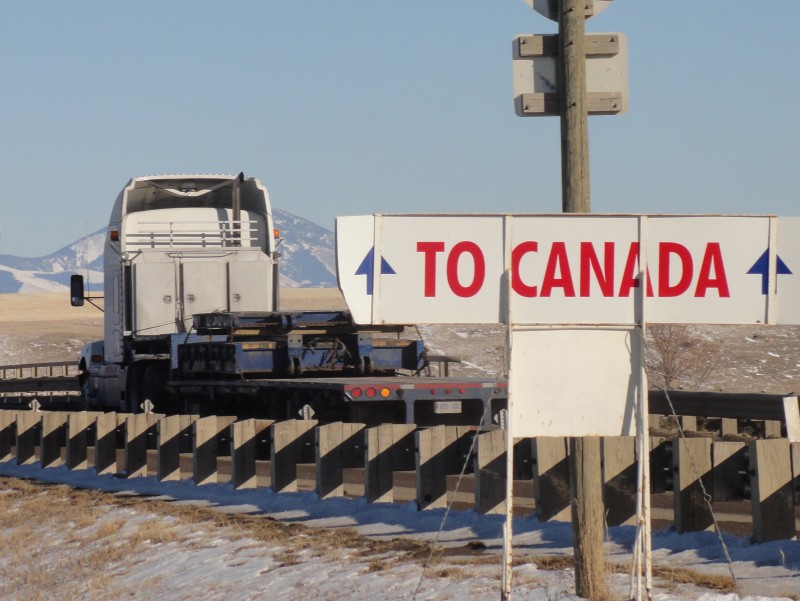 Alberta reminded me a lot of Colorado’s Front Range – plains to the east and big mountains to the west. 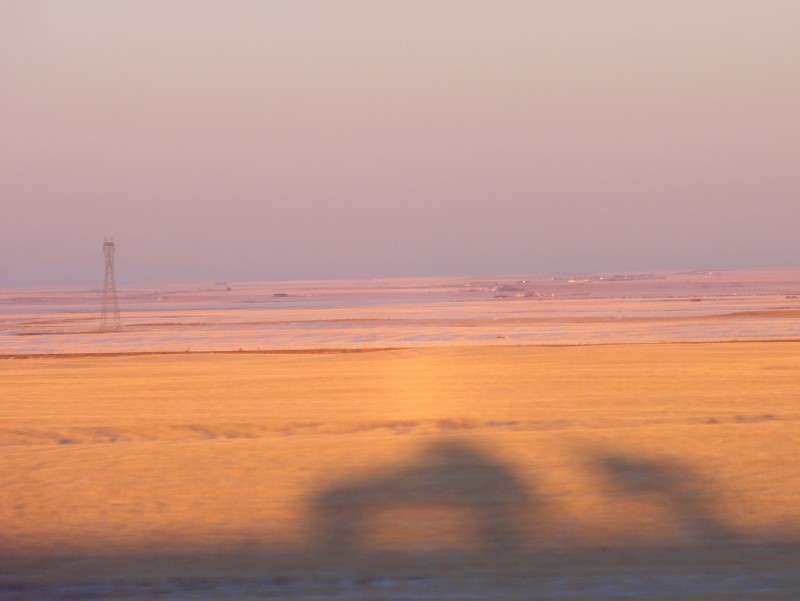 At Calgary I turned west, headed for Banff and Jasper. After a beautiful night in Jasper National Park, the world’s largest dark sky preserve, I continued on the Icefields Highway. Falling snow obscured some of the views, but what I could see was beautiful. 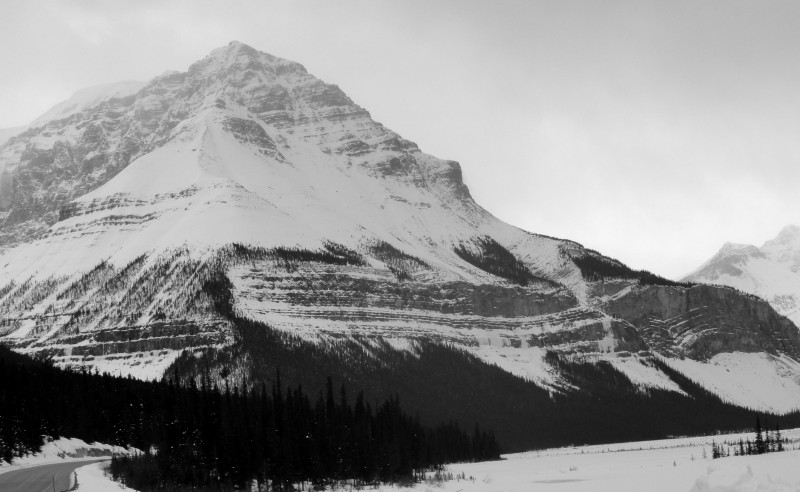 By Jasper SubaLodge was running on fumes and I was relieved to find a gas station…it was in French…s’il vous plait??? 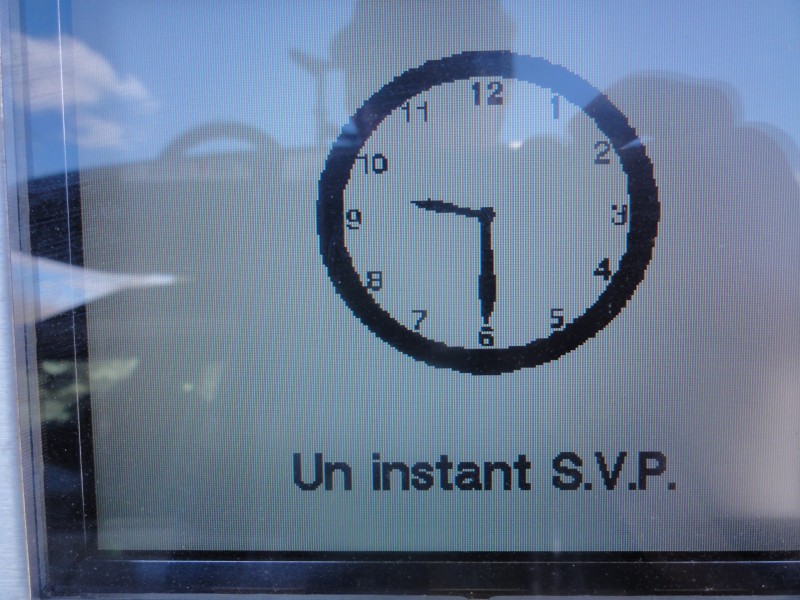 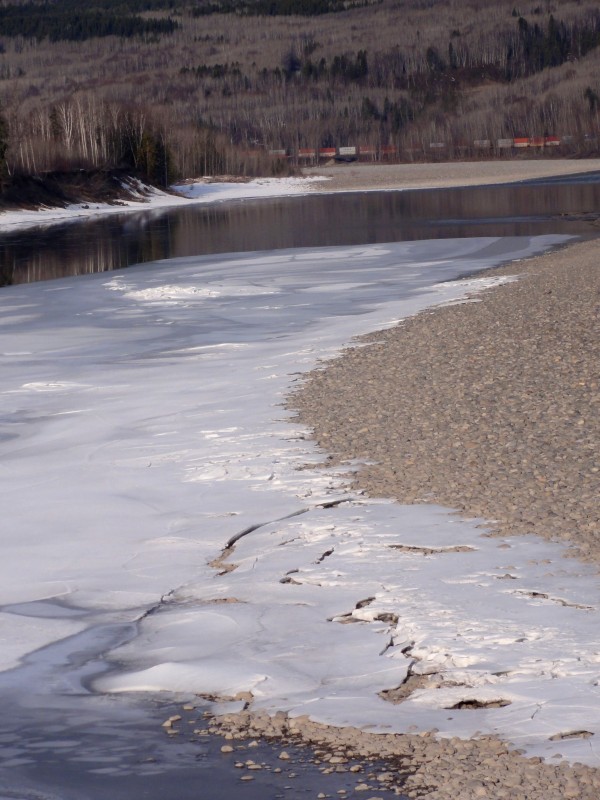 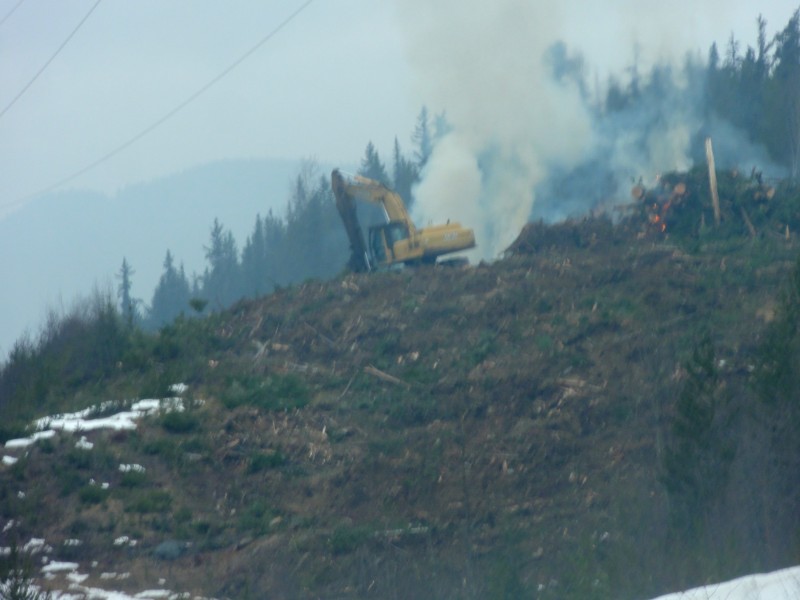 I began to worry that I was going run out of gas when the “town” I had planned to fill up at turned out to be simply an intersection in the road; 100 kilometers later I found gas at Last Frontier Heliskiing. 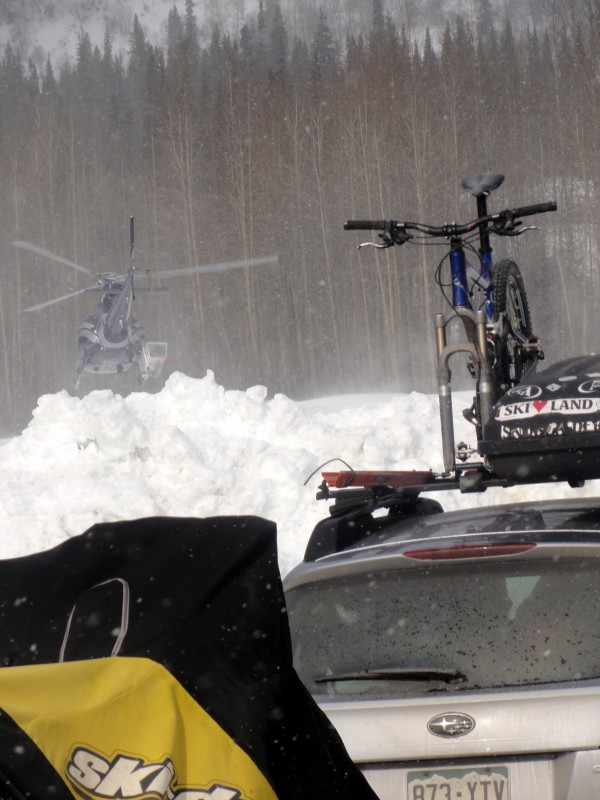 The S-C highway is a bit wild: there is no shoulder, it’s largely unplowed, and everyone drives down the middle of the road at 50 kph over the speed limit. 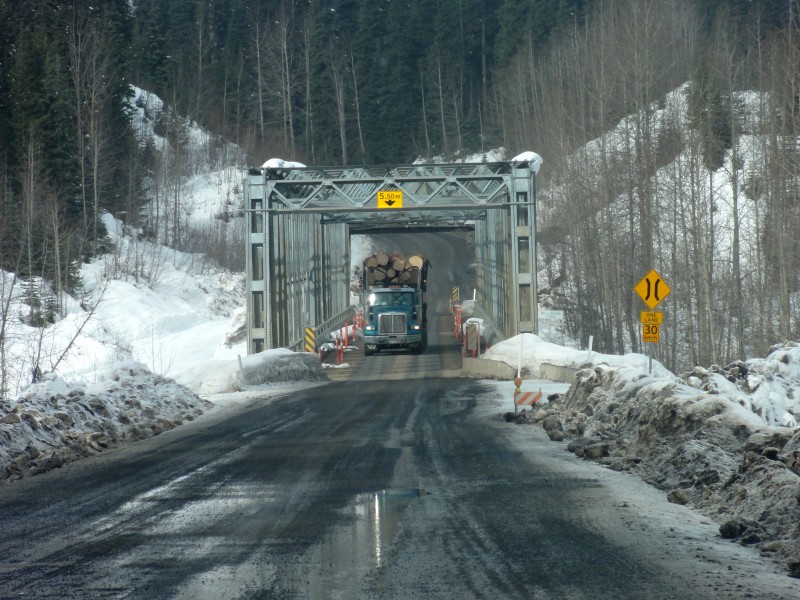 This is a bit nerve racking when the visibility is usually like this: 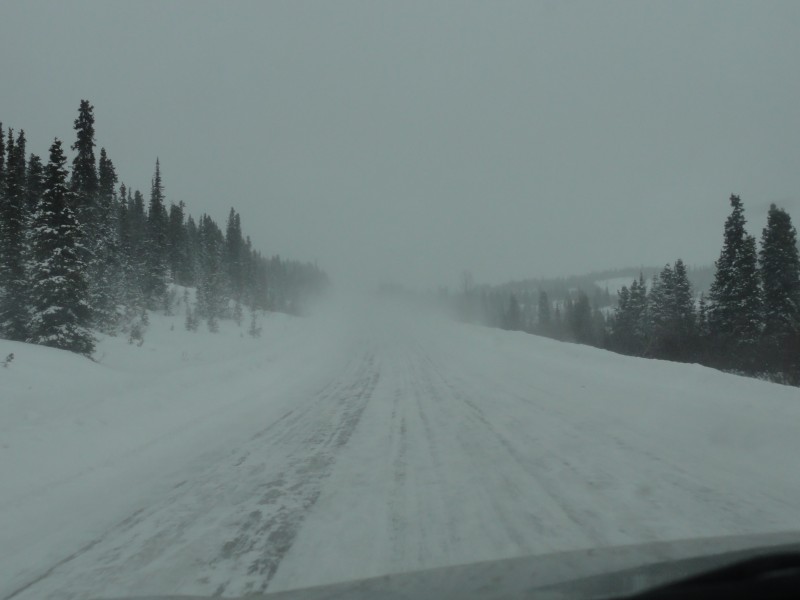 After entering the Yukon I rejoined the ALCAN (Alaska-Canadian) Highway. In retrospect, following the ALCAN from Calgary would have been far less stressful: I wouldn’t have been constantly in fear of running out of gas and being stranded along the cold deserted highway. Also, I missed the Liard Hot Springs, which sound rad. But, the S-C highway sure was an adventure!

I continued north on the Alcan Highway; passing the Kluane Mountains which harbor the highest mountains in Canada:

Soon I was back in the US, this time in Alaska; falling asleep on the side of the highway in the SubaLodge I saw the northern lights for the first time in my life. The next day I made it to Anchorage where I met up with my good friend Lauren at 6 PM for a sunset ski in the Front Range: 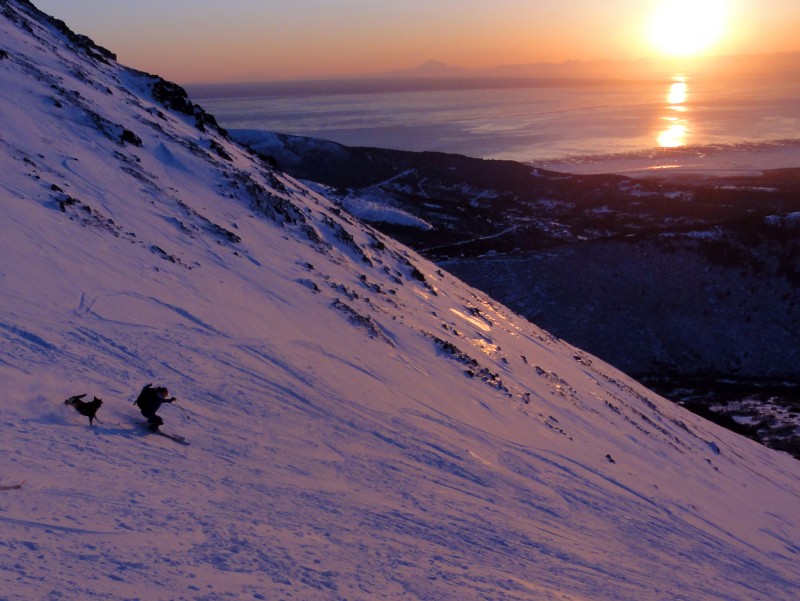 From Anchorage I drove to Whittier to catch the Cordova ferry. Whittier is, to say the least, a weird place. It’s accessed via a one lane tunnel and most everyone lives together in a tower. But, the beauty of the mountains shooting straight out of the water is unparalleled. 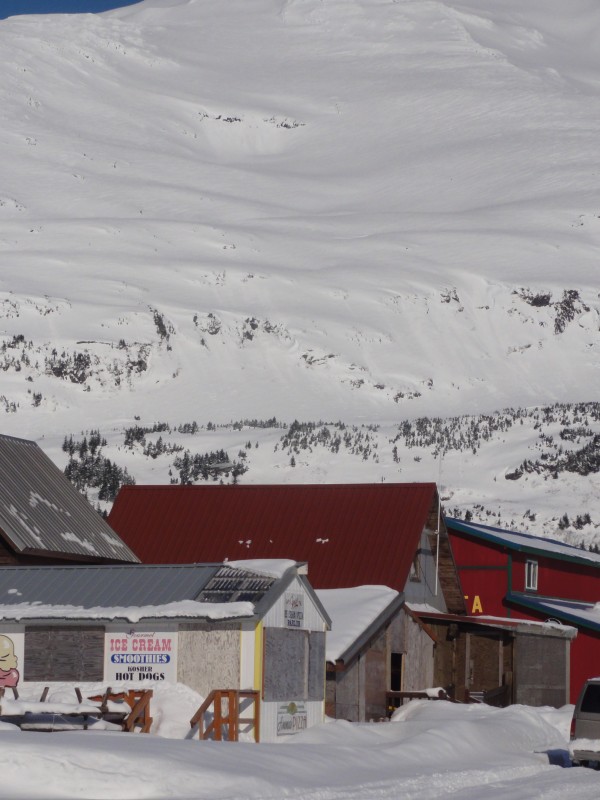 Looking back at the tower which also houses such things as the grocery store, police department, and clinic: 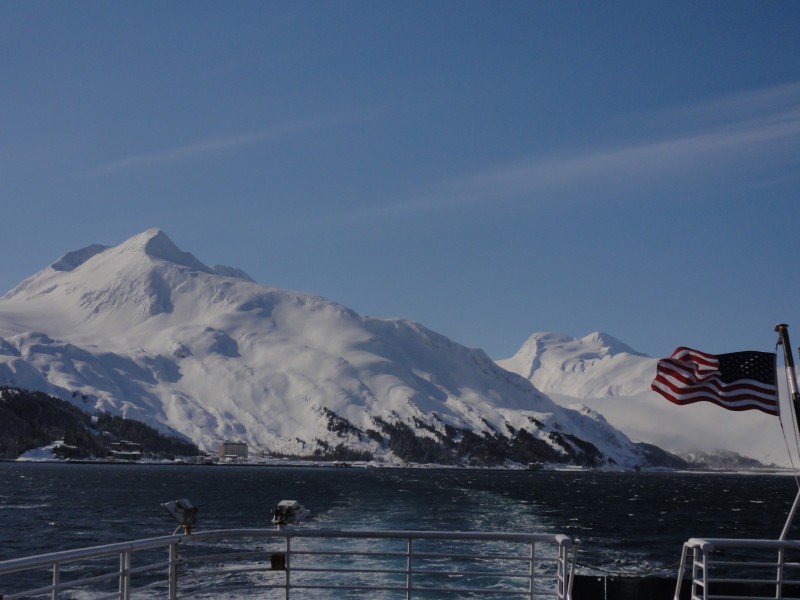 Cordova greeted me with a week of high pressure and beauty: 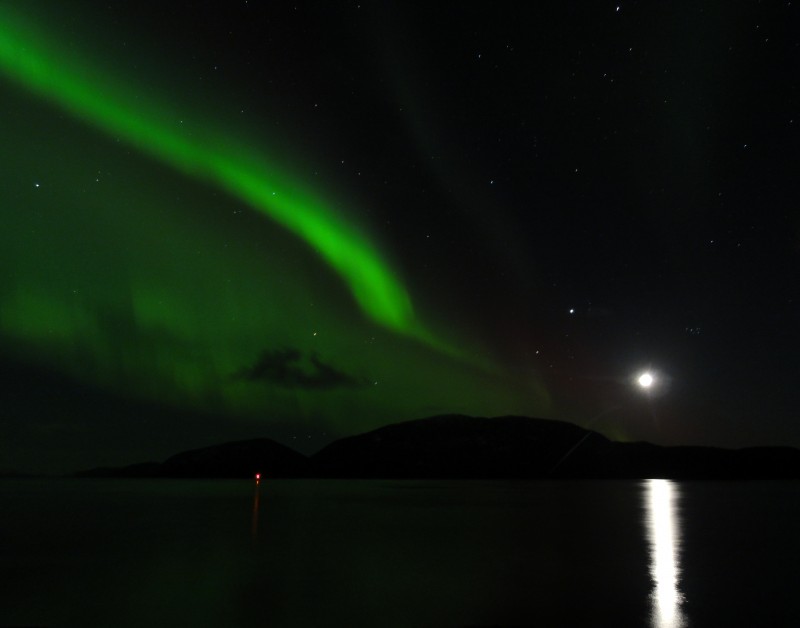 Continue on to Part 2