So there you are. Steep, soft, stable snow above you. All you have to do is get up there. But it’s too steep to skin, and a postholing nightmare without some sort of floatation device. Now what?

That’s the situation my friends Jon Johnston and the late, great Jack Hannon found themselves in years ago as they skied the steepest lines they could find up in the Coast Range of British Columbia. Jack, however, had won a pair of Verts (Basically a small plastic snowshoe) in a ski comp, and quickly found that they worked for ascending steep, soft snow. But they also found that little plastic snowshoes were incredibly sketchy every time the snow got a little harder from the sun or wind, or a small ice bulge. So they started playing around with their own solutions. Several prototypes later, Jon finally has a production model and has teamed up with Lance Edwards to release the Billy Goat Technologies’ (BGT) Ascent Plate.

While visiting Jon in Canada, I was lucky enough to get my hands on them, so here’s the skinny:

As you can see, they’re pretty simple and it’s pretty amazing no one thought of this before. Just slide your crampon’s heel bail through the slot: 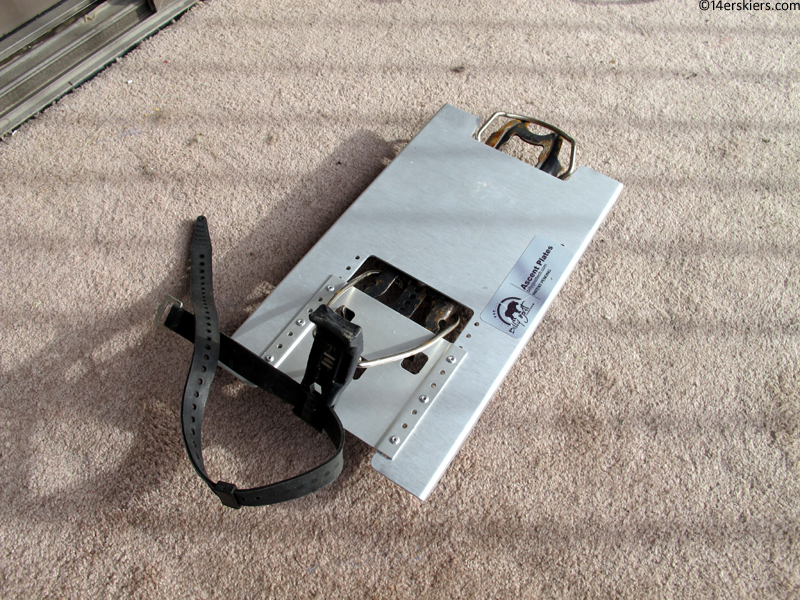 And then clamp it down like you normally would: 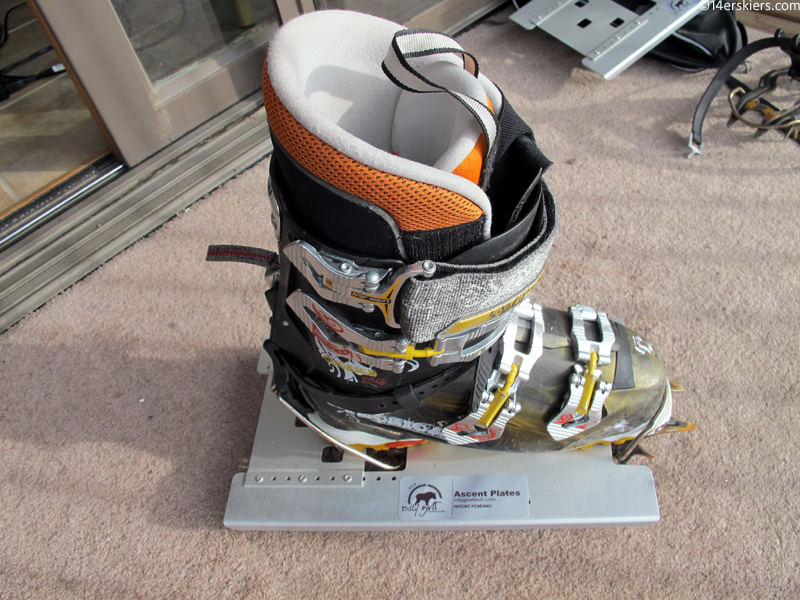 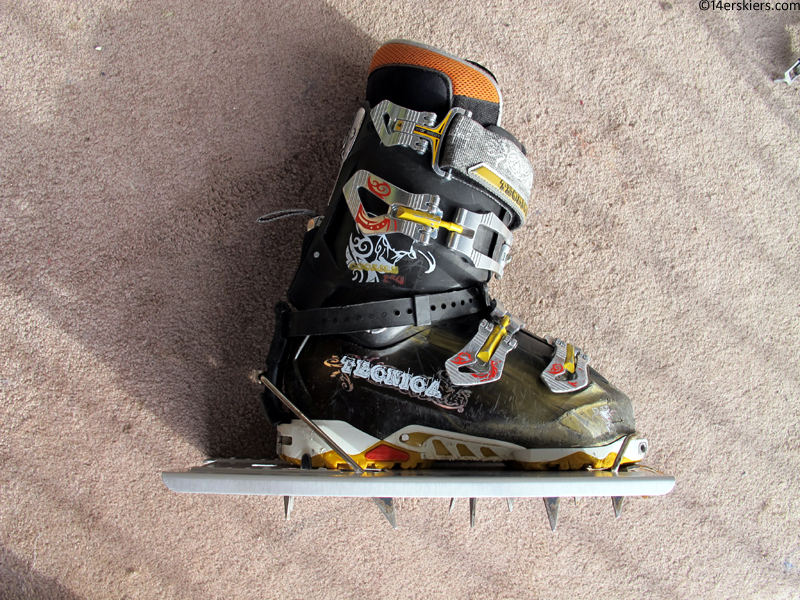 What you’re left with is the floatation of the plates, with the security of your crampons if you run into a bit of ice or hard snow. The plate is thin enough that if you only need the crampons without the plates, they’ll still be tight enough without the plates. A BGT Ascent plate and an aluminum crampon is about the same weight as a pair of Verts without straps, and obviously a whole lot lighter than a pair of Verts and crampons (and more packable, too- at roughly the same size and shape as a shovel blade, they should nest nicely up against the shovel blade). Add some webbing and a BGT plate would make a decent snow fluke as well, not to mention a great platform for cooking.

Unfortunately, I never got a chance to use them on my recent trip to Canada. Meanwhile, here in Colorado, climbing up something steep enough to make the Ascent Plates worthwhile would be quite the gamble with the Persistent Weak Layer we’re dealing with this season. But that doesn’t mean I can’t look back and remember quite a number of occasions in the past where the ascent plates would have been just the ticket, especially after springtime storms. They’re very similar to ski crampons in that when you need them, you really do need them. They won’t be in your pack every time, but you’ll generally know when you should throw them in the pack. Where the ascent plates really shine is in places like WA, BC, and AK when conditions are frequently ideal for the plates (soft, steep, and stable- come to think of it, those are pretty ideal ski conditions, too. Coincidence?)

Here’s a video from Chris Christie from a couple of years ago with a prototype- The video does a nice job showing their usefulness and the conditions they’re designed for:

Where can I buy them? Where can I find out more? Presently, they’re only available online at their WEBSITE. BGT is at OR this week, so hopefully they’ll be available soon at your local shop.