I decided to take a short break from my Pemberton, BC trip reports and do something a little more recent from little ‘ol Colorado. It’s prime time right now, with a lot of the area’s best lines proudly signed off with ski tracks right now. Hopefully we get a nice re-fill tonight…

Tom Runcie, Rob Dickinson and I headed up towards Purple Peak and we were able to get nice and close with the snowmobiles, followed by a short bootpack. 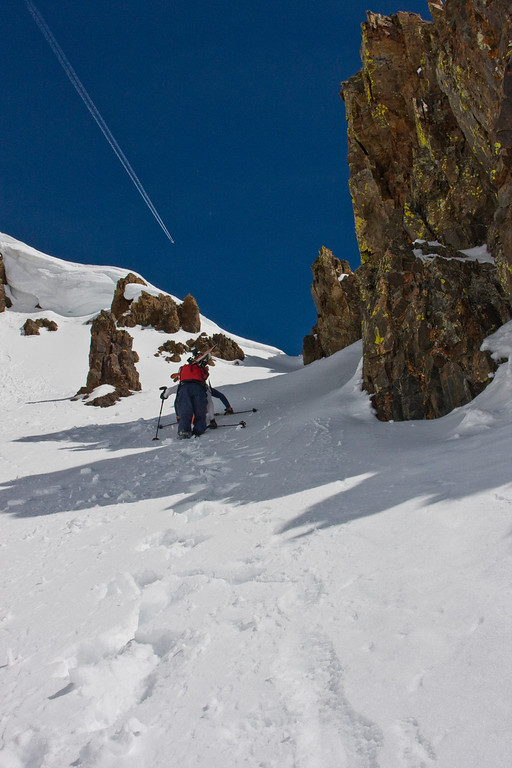 Tom got the first drop:

Rob dropped in next but he went so fast all the photos were blurry. Or else the photographer just needs some work. The chute had just a touch of windcrust in it, but otherwise it was in great shape. Our tracks and part of the line, as seen from below:

Mount Owen continues to look caked, though the cornices guarding it are getting a bit excessive. I went back to this area on 3-19-11, and some of the cornices had indeed failed and there was some debris in the runouts of these lines, so we went elsewhere. Rob likes:

Since Purple went so quickly, we decided to do some mini laps with the sleds in a nearby zone. Frank: 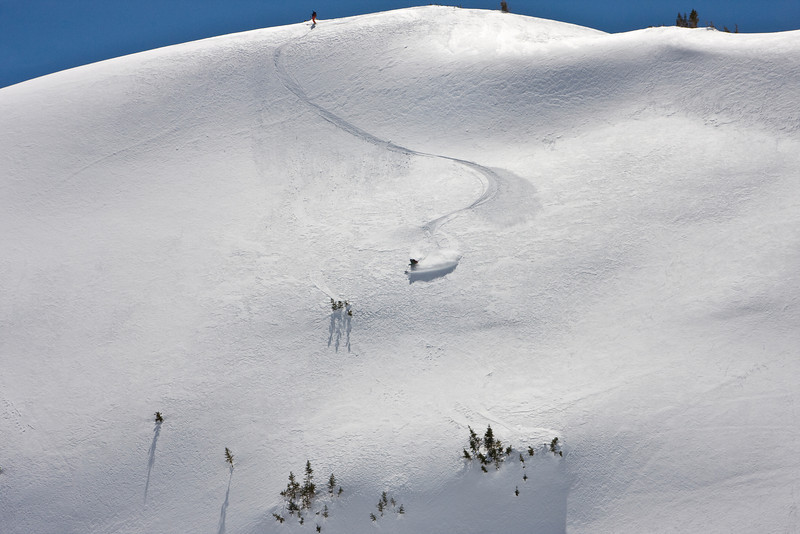 Then Rob and Tom decided to start hucking. Tom:

Tom, starting to realize that despite his best efforts, he’s about to land in Rob’s bombhole:

Then Rob decided to go for the slightly higher take-off. And he pointed it a little higher. And there was a bit of a windlip that acted like a kicker. And the result was one of the bigger airs I’ve seen in a while. 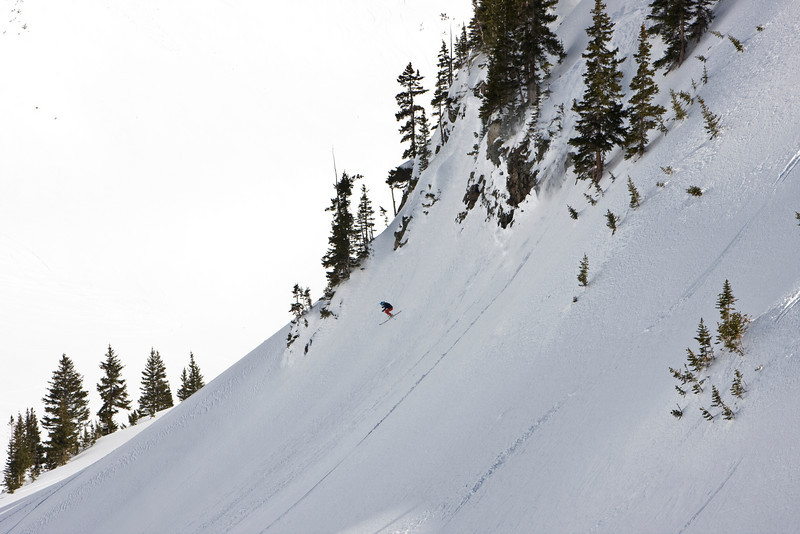 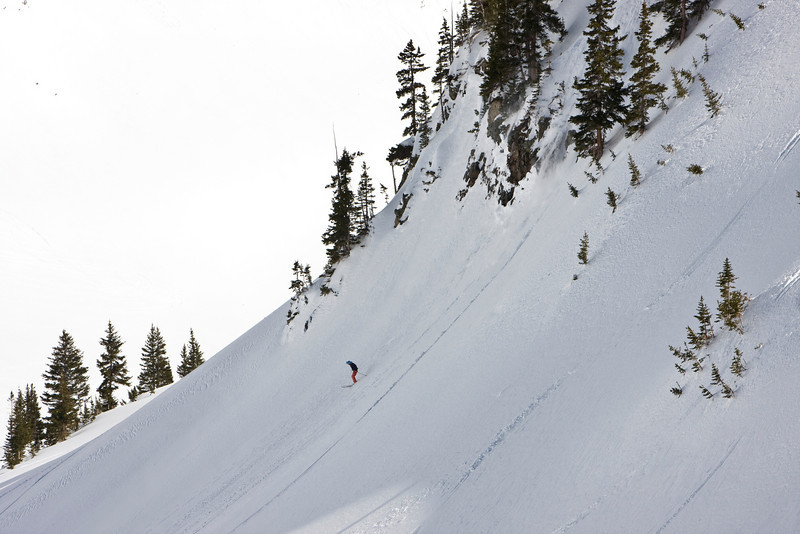 All in all, a good day back in Colorado.