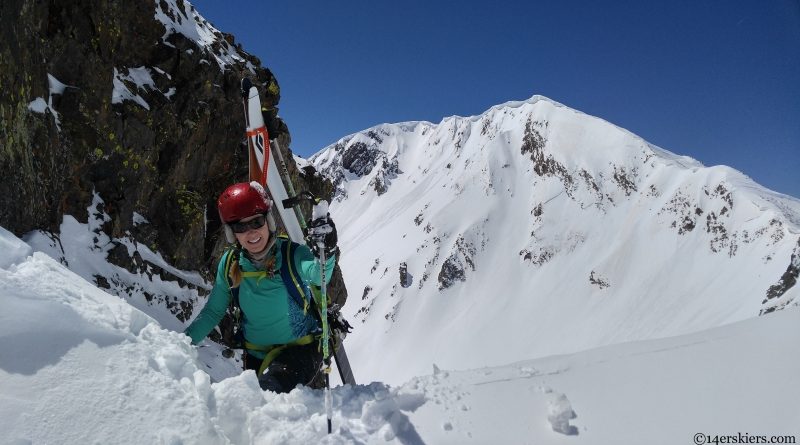 Normally, springtime in Crested Butte means a bunch of skiing on Axtell for us. One year, I remember going 7 or 8 straight days- it kept snowing so I had no choice but to keep skiing it. This year? It barely came into shape, late in the year. Even as it was, the lower half was far more choked with saplings and small trees than it normally would be. Still, after one halfway decent spring storm, we headed up to ski the trees since the alpine was still socked in.

What we found actually surprised me. With the low snow, I was expecting pretty technical conditions in the steep upper portions of the bowl. Surprisingly, the low snow conditions made a planar face, rather than flutes and spines like we normally get. Last year, with the big snows, the features were similarly small. So I guess the moral of the story is that it takes an average year to make the average conditions that I was expecting. 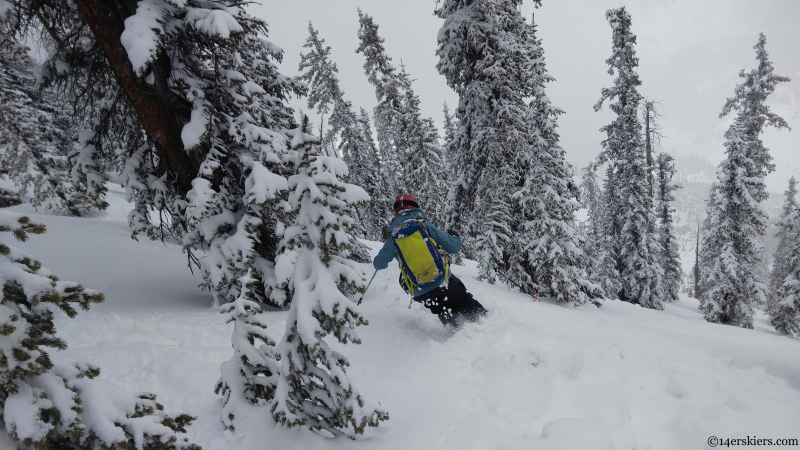 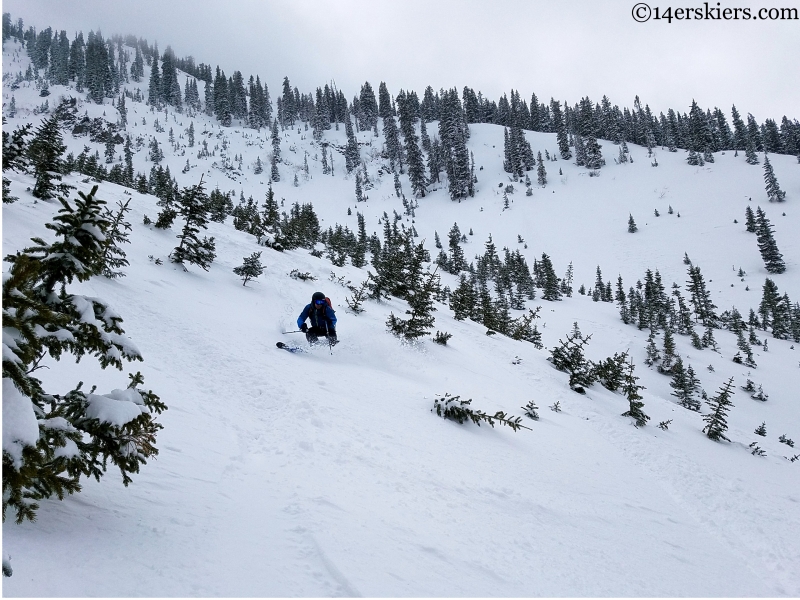 The snow was a bit on the heavy side, but that doesn’t mean it wasn’t a ton of fun: 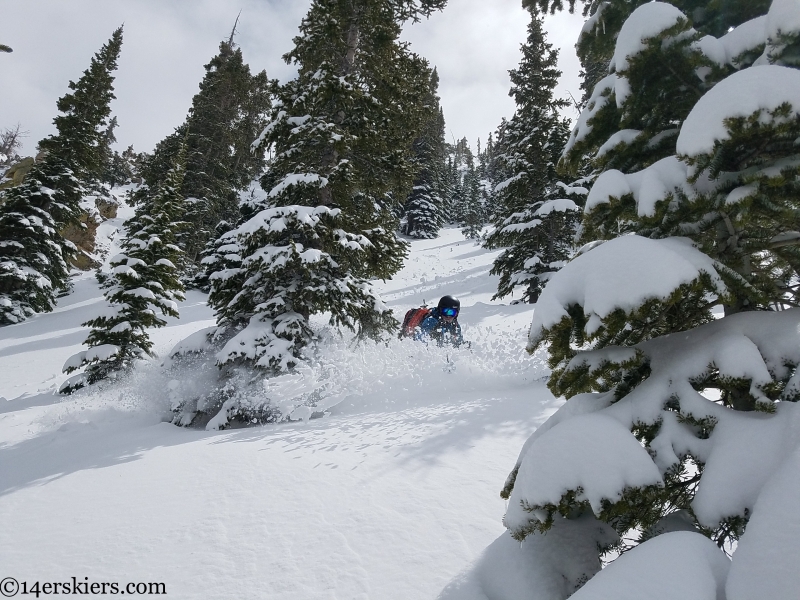 Then the skies cleared and it was time to get up into the alpine on a beautiful sunny springtime morning. Between the rising temps and the dust layer which was shallowly buried, it didn’t take much for the snow to start sloughing off the rocks faces. It seemed like all our top line choices had already lost some snow, but we decided to give Purple’s S couloir a go anyway: 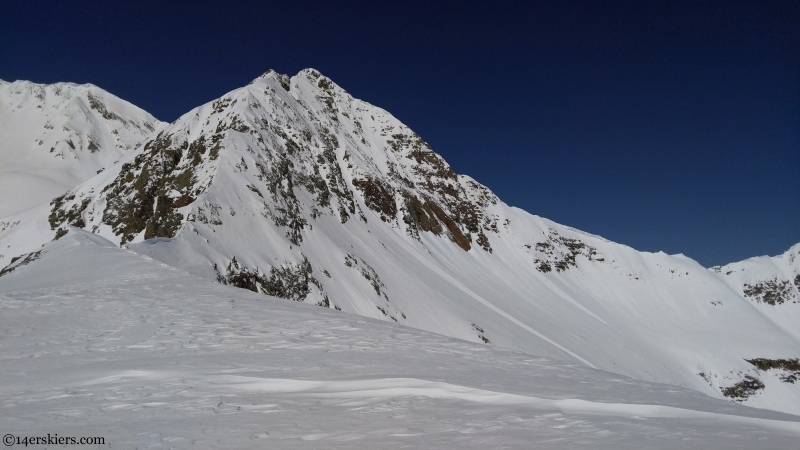 Brittany topping out with Owen behind: 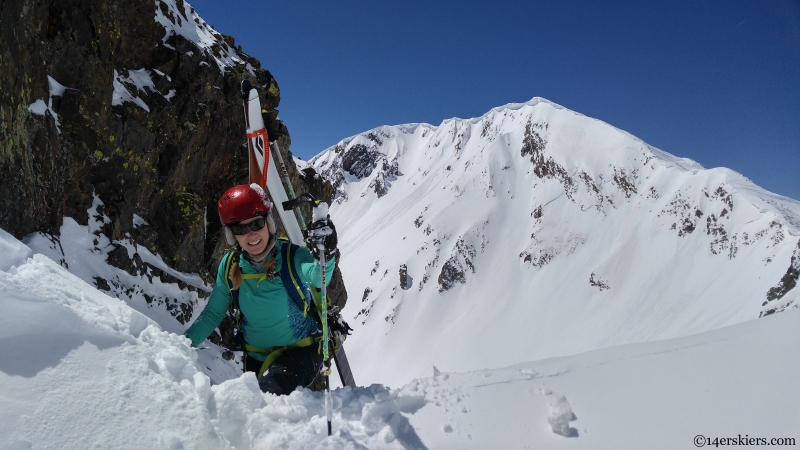 While the gut had largely been cleaned out by wet snow sloughing off the eastern exposures above, we still found good snow along the more sheltered northern margins of the line. Frank: 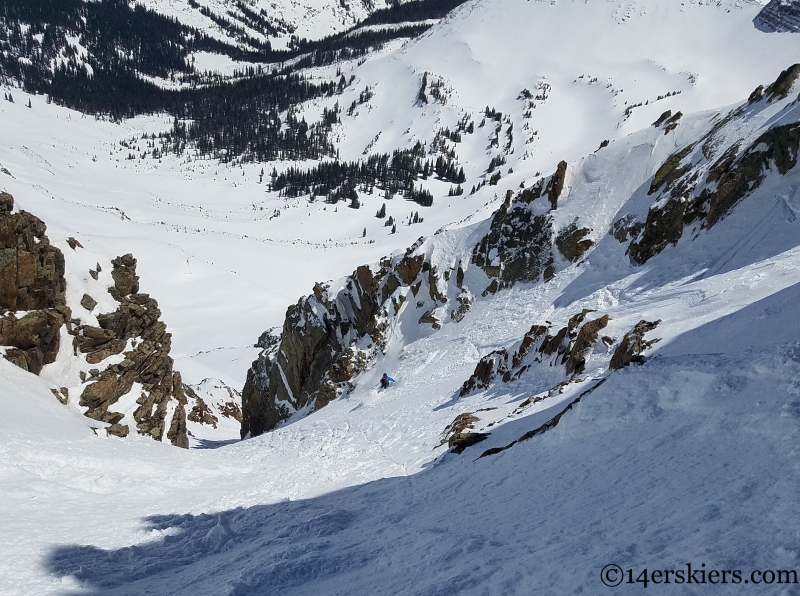 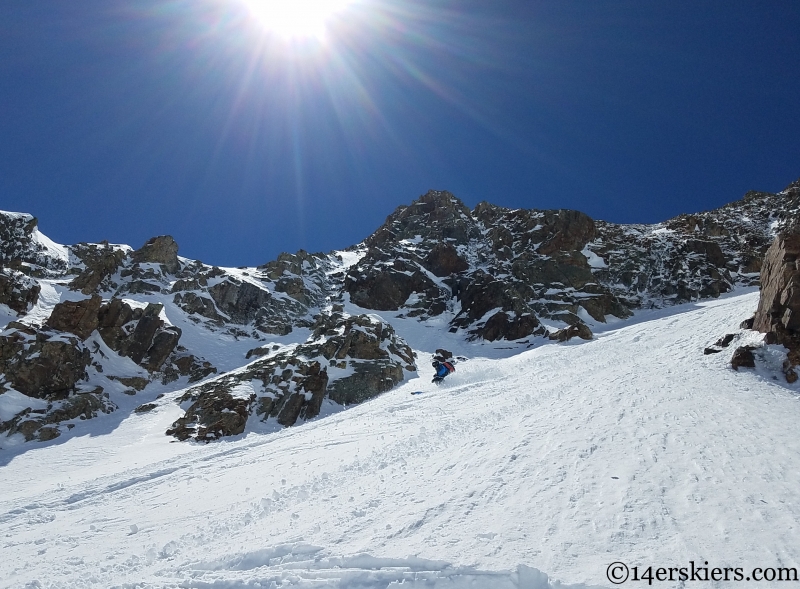 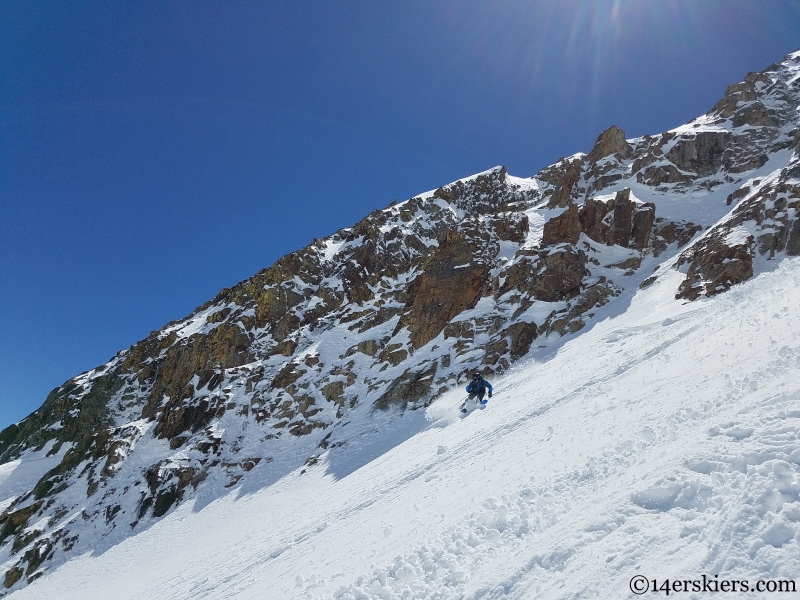 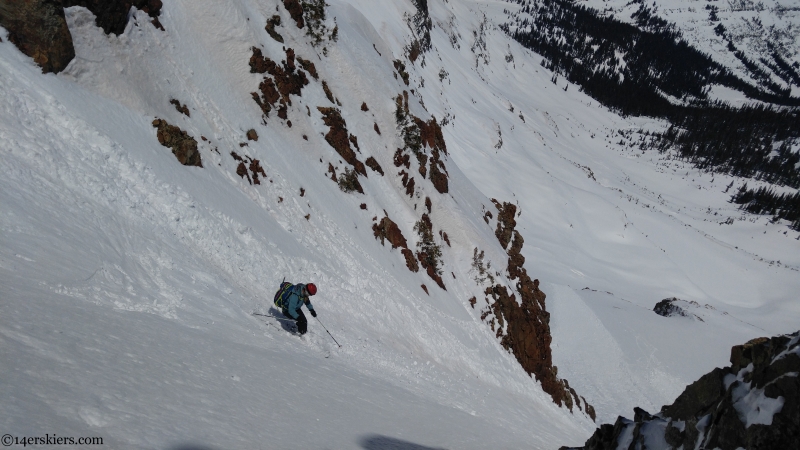 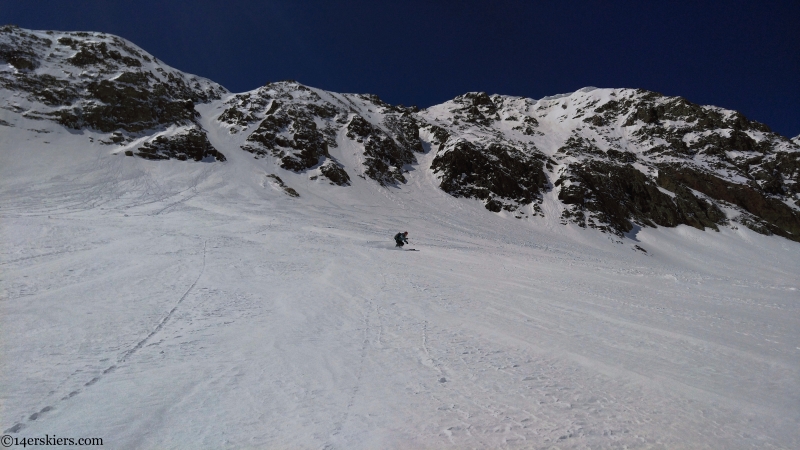 Bottom line- we still found some good conditions out there, even if this wasn’t the best snow year. You just have to go out and get it. 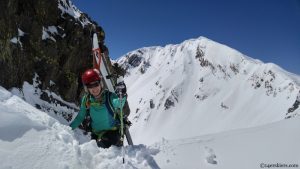 Article Name
TR: Purple S Couloir and Axtell | Spring 2018
Description
What we found actually surprised me. With the low snow, I was expecting pretty technical conditions in the steep upper portions of the bowl. Surprisingly, the low snow conditions made a planar face, rather than flutes and spines like we normally get.
Author
Frank Konsella