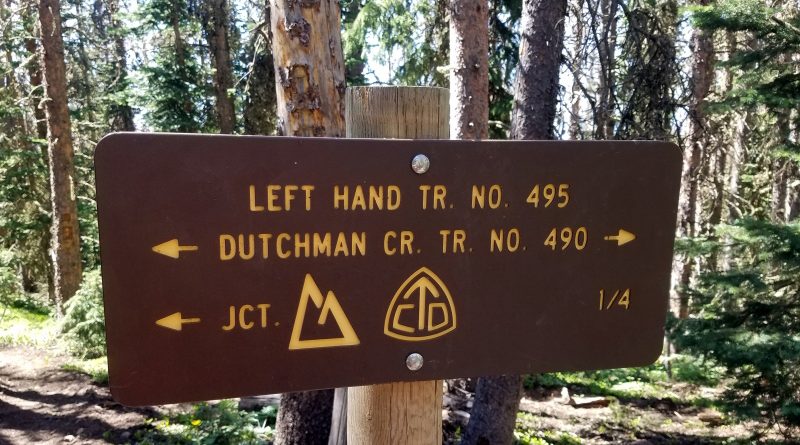 The Crested Butte and Gunnison area has over 750 miles of singletrack, according to the local tourism association. The thing is, though, that most visitors miss out on the vast majority of them. If someone looks around and ask their friends that have visited Crested Butte what they should ride, they’ll get the same responses over and over: 401, Strand, Doctor’s, Reno/Flag/Bear/Deadman’s and that’s about it. Which is a shame, because while those are all good rides, we have so much more to choose from. Anyone who has ever looked at my comprehensive mountain bike guide knows that there is a lot more out there.

Enter Trailquest. Trailquest is the Tourism Association’s idea to get more people off the crowded and perhaps even overused trails like 401 and onto some of the hidden gems out there. The idea is simple- the first person to ride the 750 miles wins. If ever there was a bike contest designed just for Brittany and I, this might be it. We love exploring, we have somewhat flexible schedules, and we’re not afraid of tough trails that might require a little hike-a-bike. We’ve been doing pretty good so far:

So, since we’re on a mission to ride lots of obscure miles, we found ourselves down by Needle Creek reservoir, east of Gunnison in the Cochetopa Hills. It’s an area that I haven’t been to all that often, or all that recently. In fact, I couldn’t even remember how I accessed the Flying Dutchman downhill the last time I was there 15+ years ago. The area is steep, rugged, poorly marked, and mostly the home of ATV’s and dirt bikes. But off we went, with Tomichi Dome in the background: 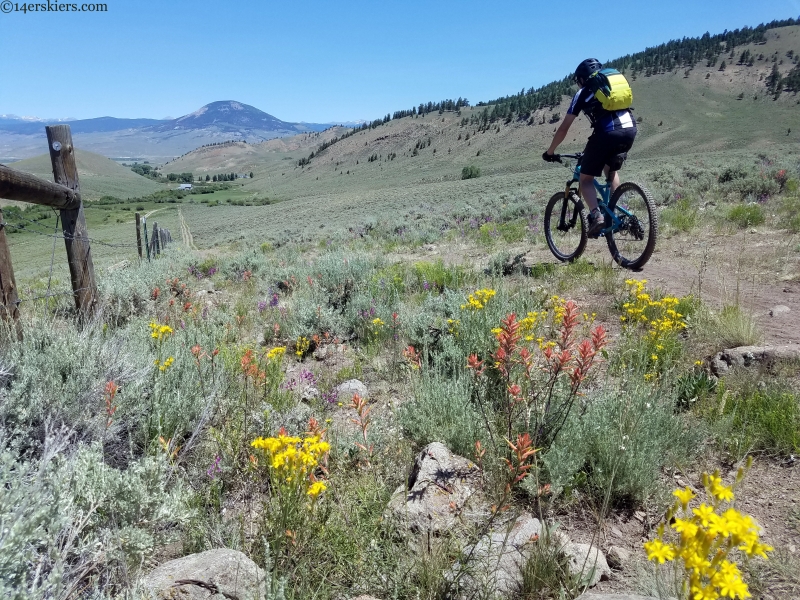 We decided to give Left Hand creek a shot, which started off nicely enough: 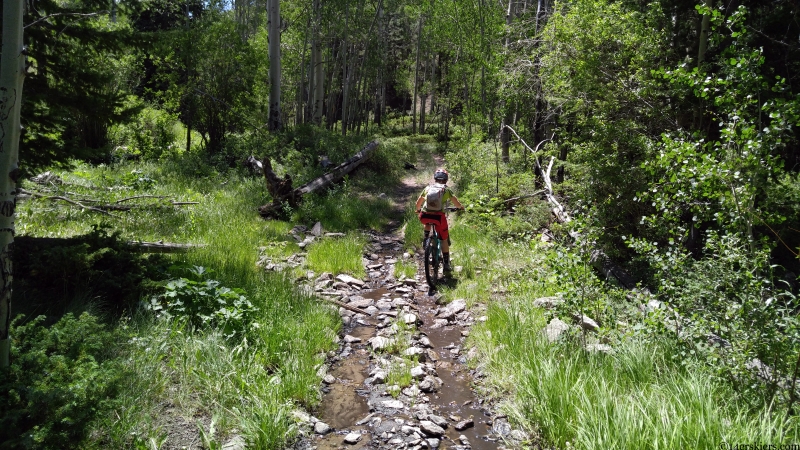 After a few unmarked intersections where we had to give it our best guess, we ended up on one of the loosest steepest hike a bike sections I can remember. 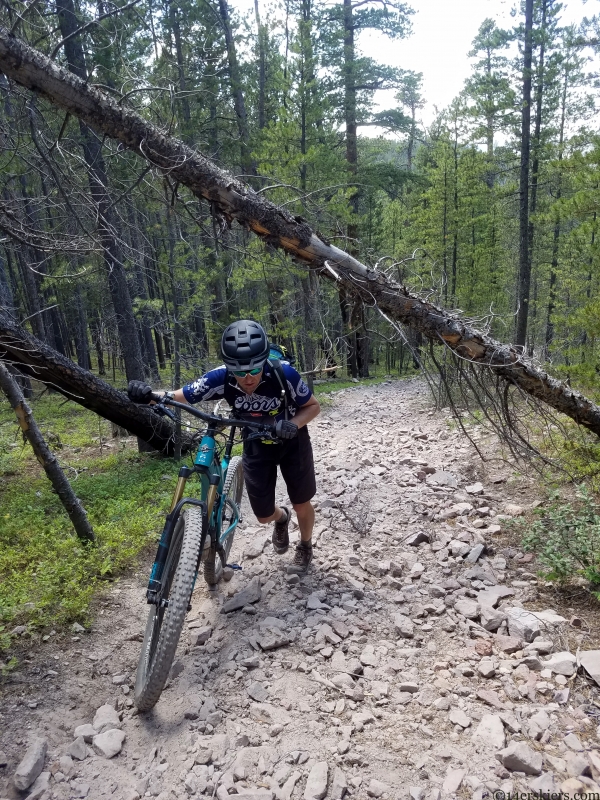 Eventually the trail relented and we had a short enjoyable section: 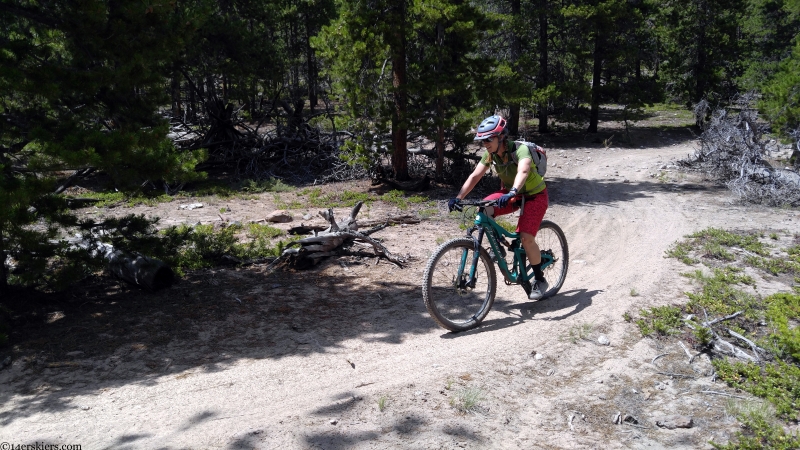 We still had the occasional hike a bike with the added benefit of mosquito swarms to keep us moving, but thankfully we had some sections that we could actually ride. 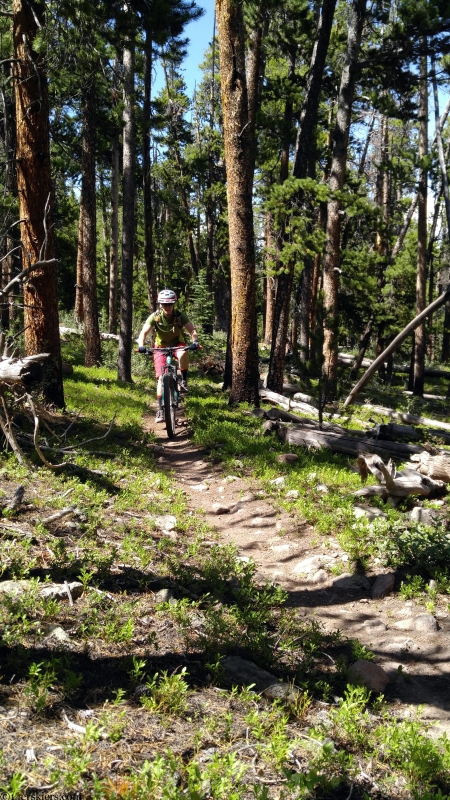 Finally, near the Colorado Trail, we were going to get to go downhill: 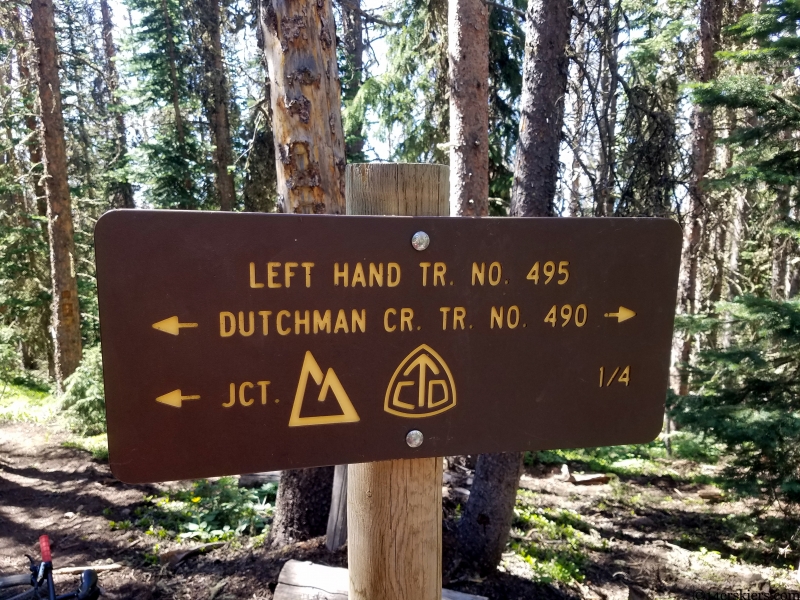 If Brittany were writing this report, she’d probably tell you how much she hated this downhill. Steep, loose, rutted, and rocky just isn’t her thing. Me? Well, I got the nickname “hotstepper” while skiing since I seem to be able to magically float through rock gardens without really hitting anything. This kind of riding is sort of similar- I just get light on my feet and the bike just floats around on all those moving rocks beneath me. I’d be lying if I said I didn’t enjoy it as a change of pace to buffed out hero dirt. But it’s definitely an acquired taste. 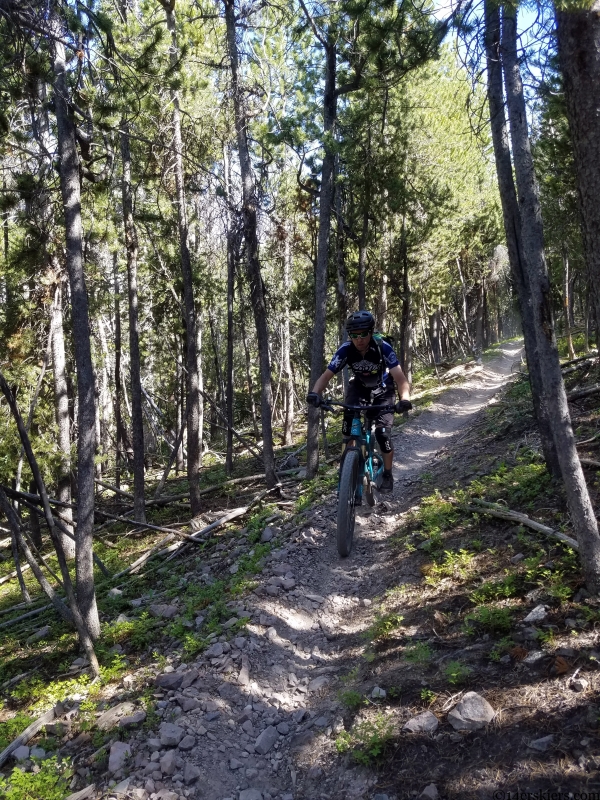 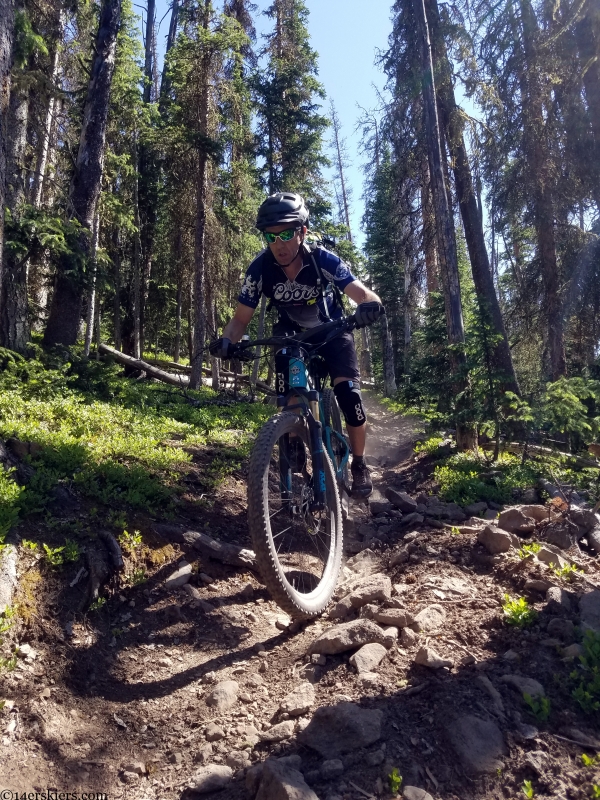 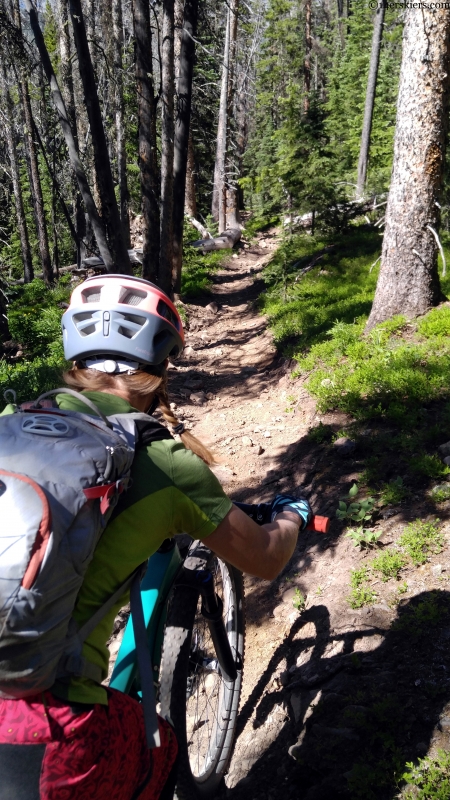 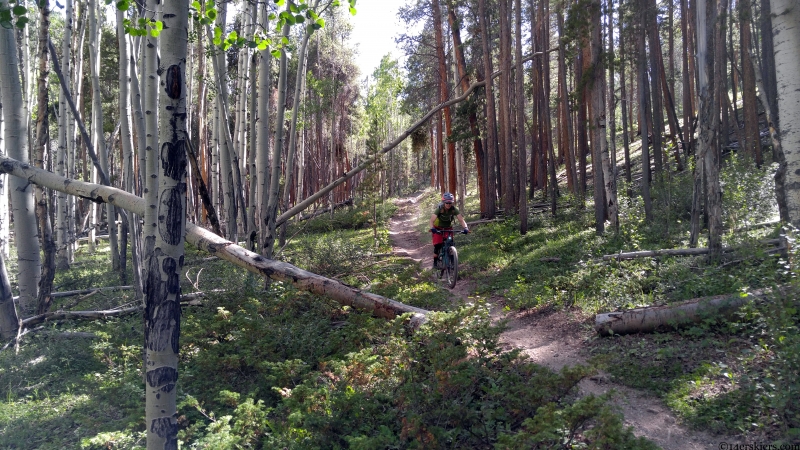 After a long downhill, the Dutchman trail came to an end and it was time to loop back to the car. I had a vague memory that the exit from Dutchman kind of sucks. Yeah, I kind of blocked that out a little bit because the exit really really sucks- more hike a bike on steep gravelly roads. At least it wasn’t hot. And it was actually really pretty: 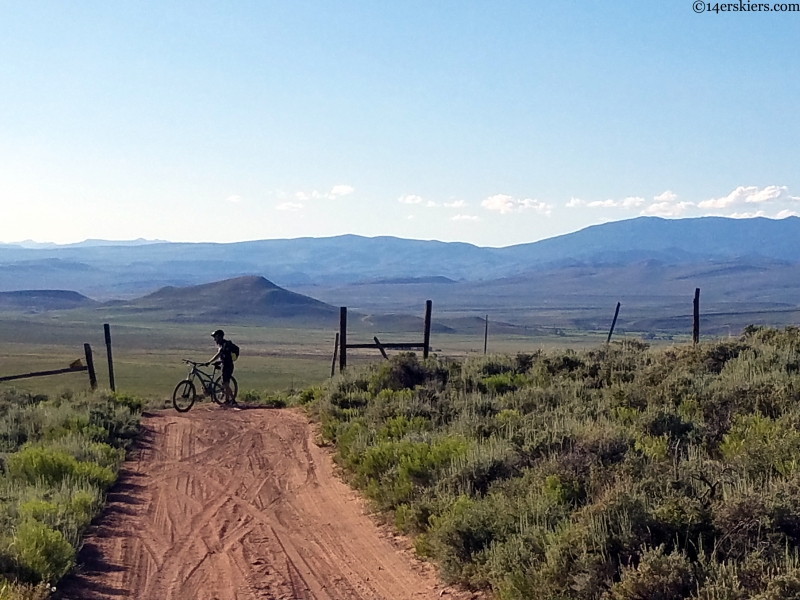 So there you have it- Left Hand Creek to Flying Dutchman by Needle Creek reservoir. If you’re thinking, “yeah, I think I’ll stick to 401”, you might be right. It’s fun, but it’s definitely type 3 fun. And you have to throw in a little type 3 to truly enjoy type 1, right?