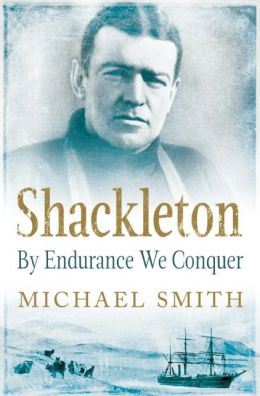 Title: Shackleton: By Endurance We Conquer

Where can I get it? Your local book store, online, or as an ebook. Book will be released November 11, 2014

When it comes to stories of epic survival, Endurance, the true story of Ernest Shackleton’s antarctic expedition of 1915, and subsequent survival of all men on deck, ranks near the top. But that expedition was just one of many for Ernest Shackleton. With the centenary of this expedition approaching, Shackleton: By Endurance We Conquer aims to be the most comprehensive biography yet published on the renowned explorer.

With over 400 pages, much of it filled with new research, I was at first worried that this book would prove to be a difficult read, filled with uninteresting minutiae. While the book would indeed bog down at times, the subject matter was simply too interesting. In fact, the majority of the book can be described as a page turner.

His exploratory mission of 1908-09, for instance, is not well recognized but nearly gave Shackleton the prize of being first to the South Pole, coming up short by less than 100 miles. Amundsen would take a similar route when he beat Scott to the pole 2 years later.

Despite all his successes on the ice, Shackleton rarely fared well off of it. Often broke, and always impatient for the next big adventure, Shackleton was not the model that business school lecturers sometimes make him out to be. Still, he was smart enough to secure exclusive rights to write about his expeditions. One has to wonder how he would have fared today- probably quite well.

If, like me, your library is largely full of books in this genre, make sure to add this one to your list. Even if it isn’t, this book will leave you wanting more.