At the end of last week, yet another small snow storm put our weekend plans in disarray. Yet again we were faced with the dilemma of “too much snow and mud to ride, but not enough to ski”. We decided to head out the Slate River valley with no particular goal in mind other than to check out the snowpack and do some exploring. 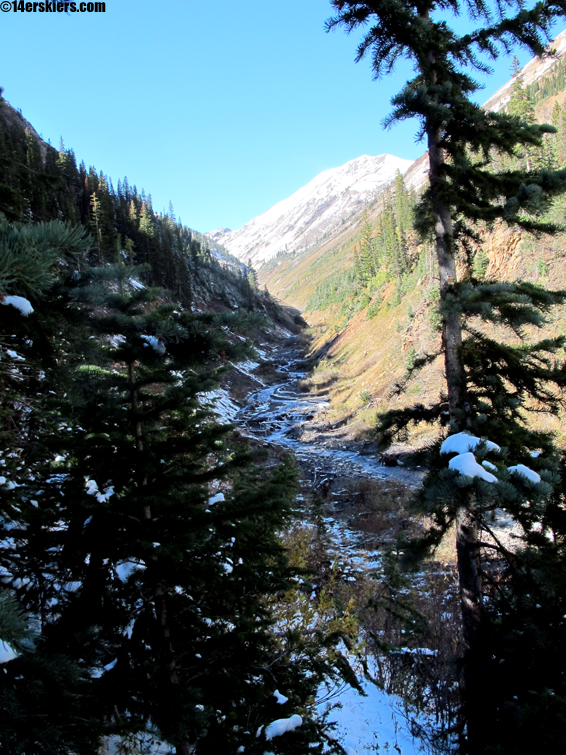 This year is shaping up quite a bit like last year, when just enough early season snow fell that turned into a bad layer once we did have enough snow to ski. For this reason, it’s nice to keep track of where the snow is sticking around. We skied Purple Palace last season but when we did, we were very conscious of staying on the sunnier exposure, which had melted down to the ground, rather than the more Northerly facing aspects that held snow throughout fall. 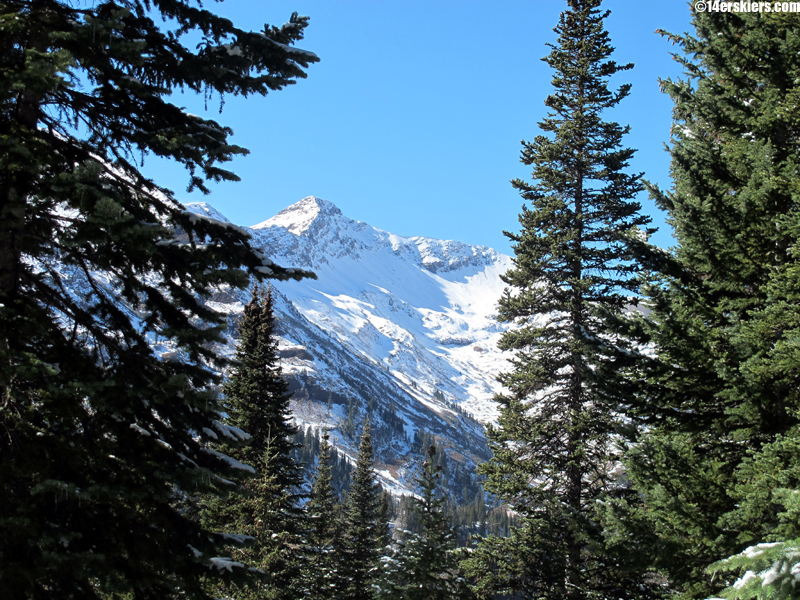 Eventually we decided to hike up towards the lakes that hide on the bench above the Slate river. 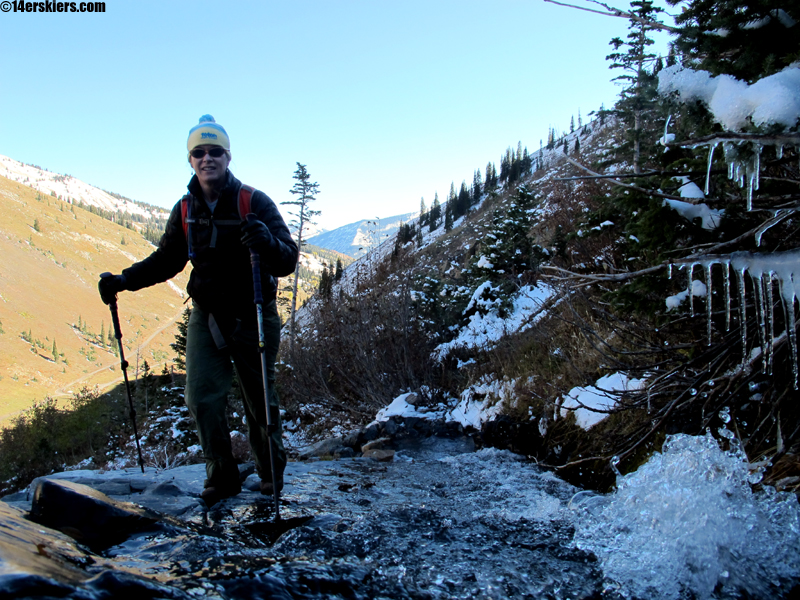 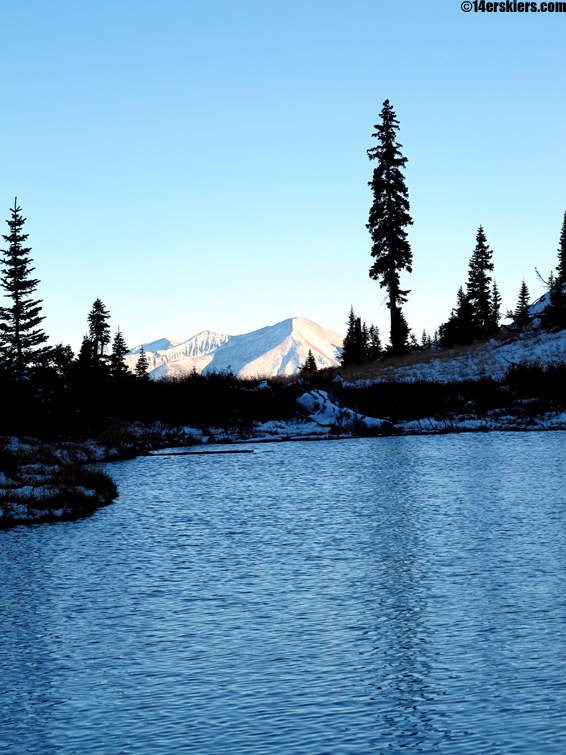 It was a short hike to reach this point, but what a spectacular place it is. I’m not sure if our photos do it any justice whatsoever, but it’s a different world up there. I had always thought of the area as a flat bench, but it is actually a small parallel valley perched above the Slate. 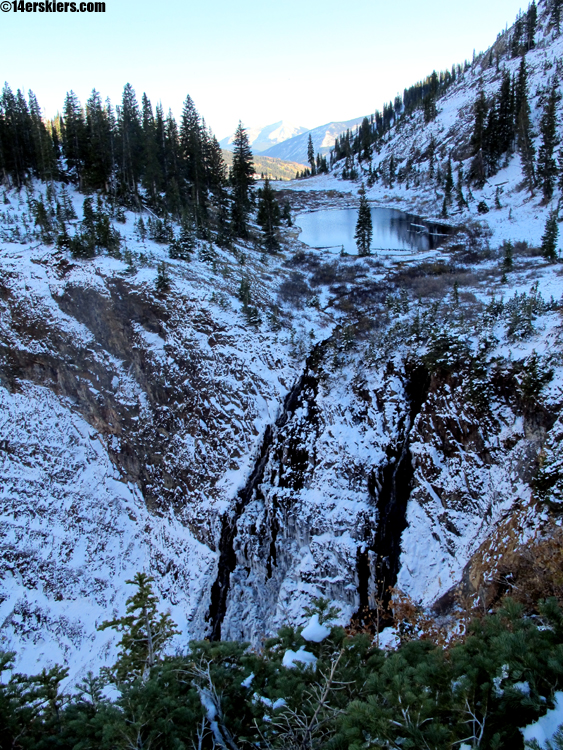 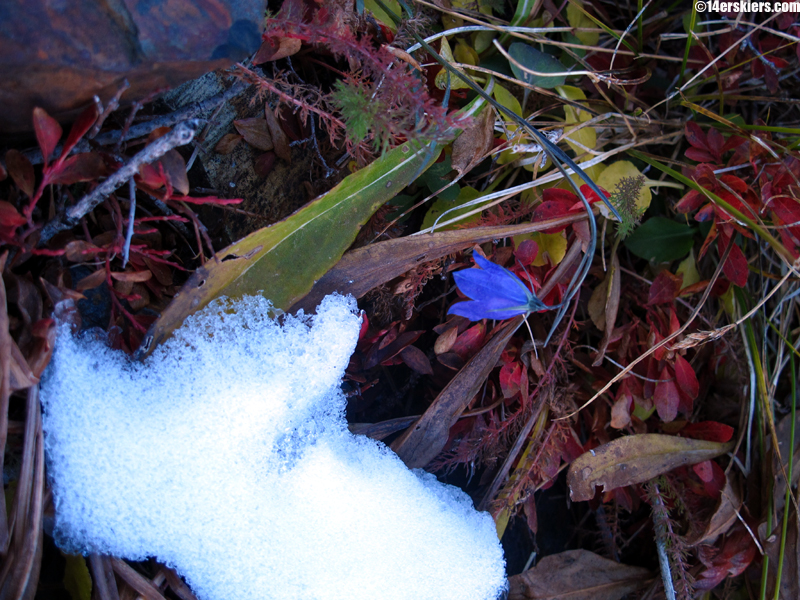 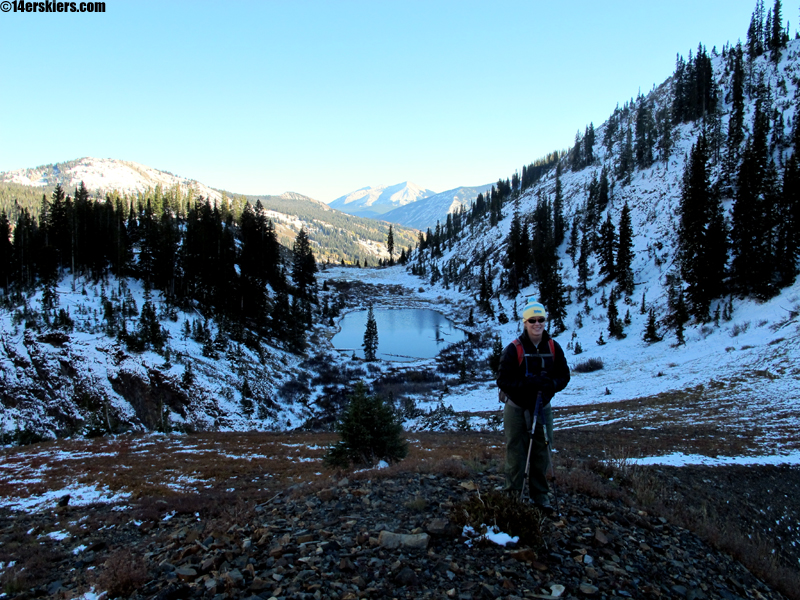 looking back up the valley from the lake: 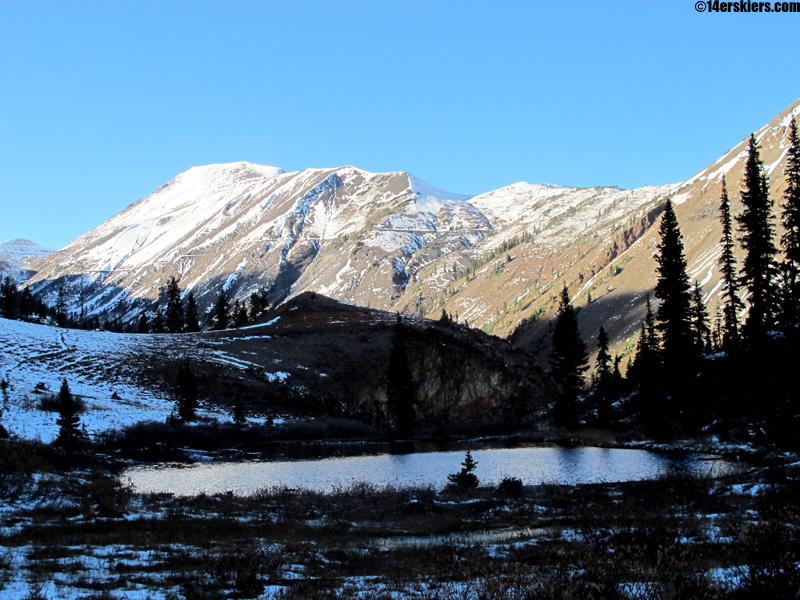 Clouds began to roll back in as evening approached, enveloping Mineral Point: 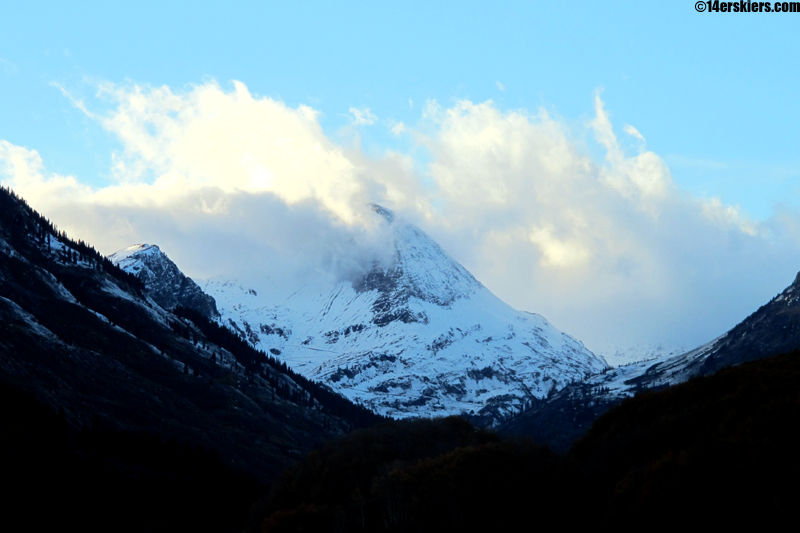 It’s been an interesting year for the changing Aspen leaves. Many of the leaves never turned yellow, instead turning a dull orange before turning brown and falling off. Many people would say that this year was a lackluster one as far as the leaves go, but I found this year to be different, and therefore more interesting. 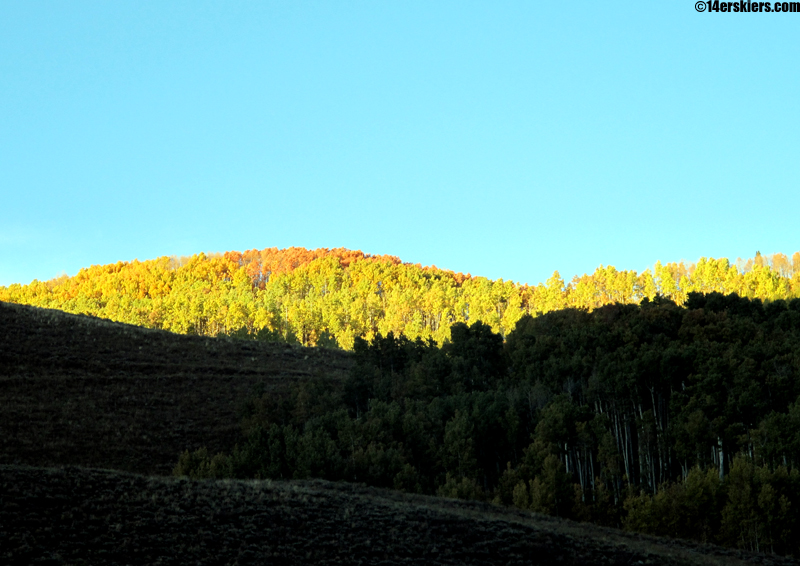 It looks like another small storm is on the way once again, so chances are good that we will be looking for yet another consolation prize this weekend.