Some people hate it when you call Maroon Peak South Maroon Peak. Sure, people are just trying to differentiate it from neighboring North Maroon, but technically there is no South Maroon. A friend of mine seems to be on a campaign to drop the ‘s from Doctor’s Park- and technically he may be right, it should just be Doctor Park. Me? I don’t like the phrase “West Elks” being bandied about as if Crested Butte is somehow in them, or even near them in some ways. Next time you’re driving towards Gunnison on Highway 50, look at those mountains above Gunnison- those are the West Elks, and they’re quite apart from everything else- hence getting their own recognition as a separate range. They’re different geologically, too, more akin to areas of the San Juans than the familiar laccoliths near Crested Butte.

But enough of that. I don’t spend much time in the West Elks, and I’ve always wanted to do the high ridge hike encompassing the Baldy’s (South, 2 different Middles, and North), as well as West Elk Peak from Rainbow Lake. So that’s where Brittany and I headed last weekend. The road up to Rainbow Lake is easy, and it’s a very different area, with big dry valleys separating mesa-like formations. We followed trail until it was time to get on the climber’s trail up the South Ridge of South Baldy. 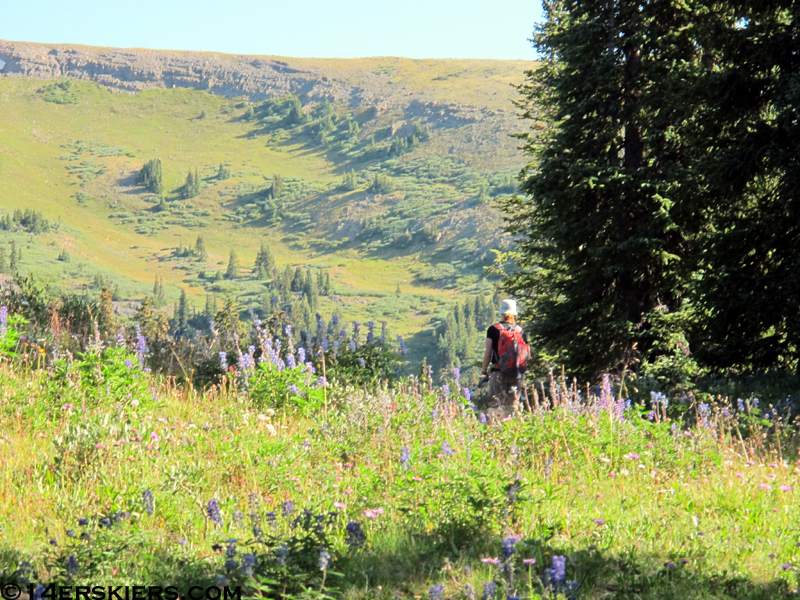 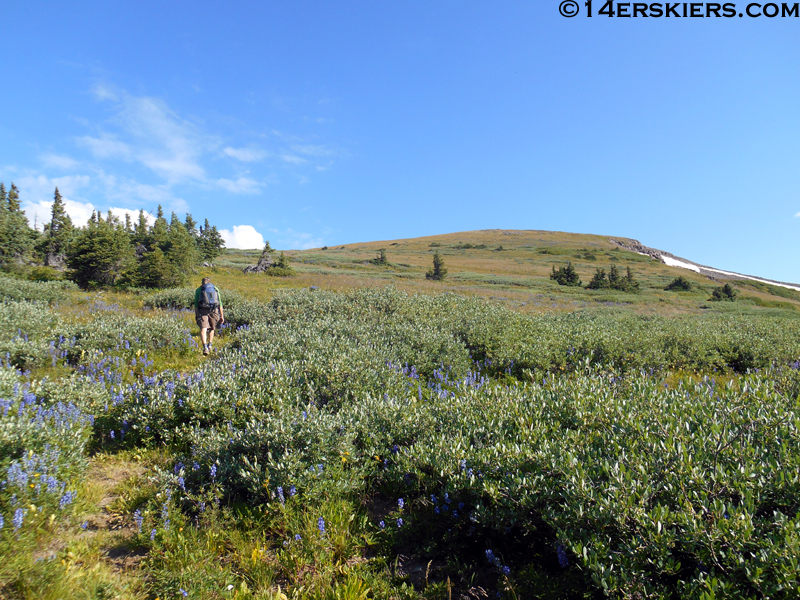 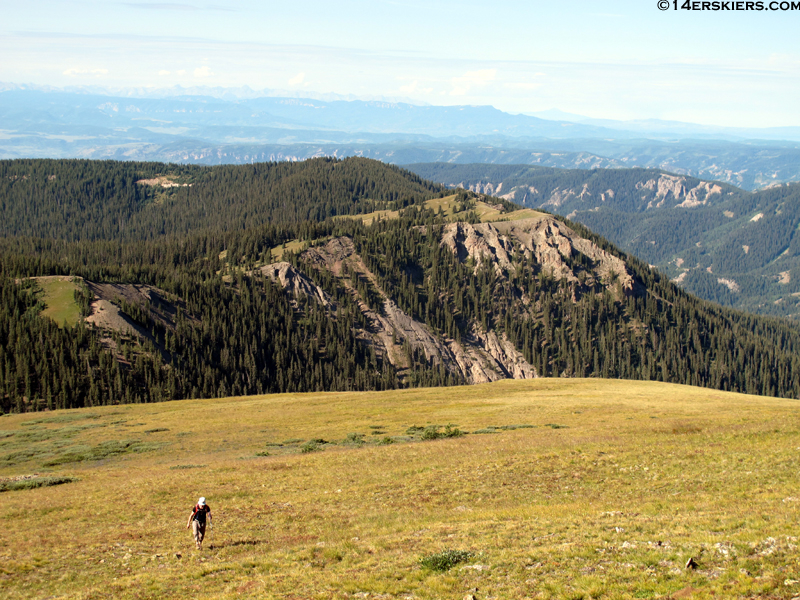 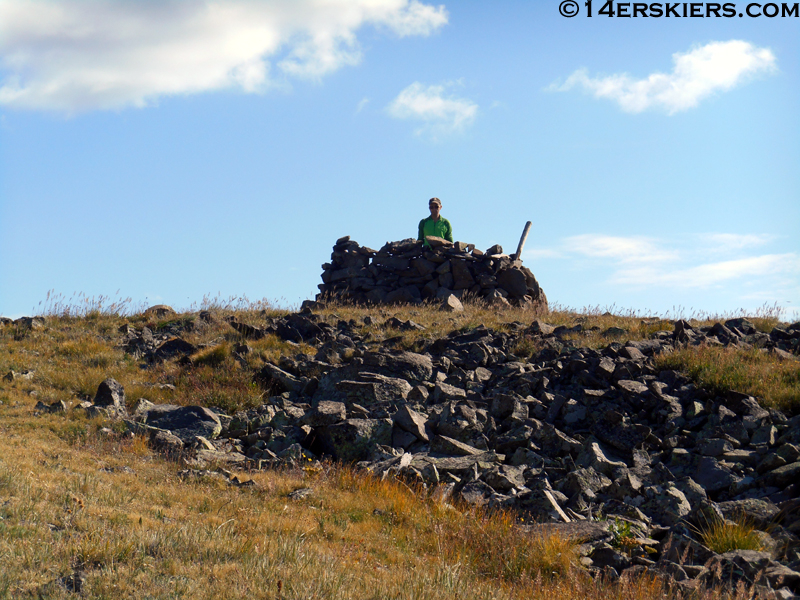 We reached the top pretty quickly, and from there the route was laid out in front of us. Having never seen the West Side of the West Elks, I can say they look rugged and fun to ski, but not exactly easy to get into during the winter. 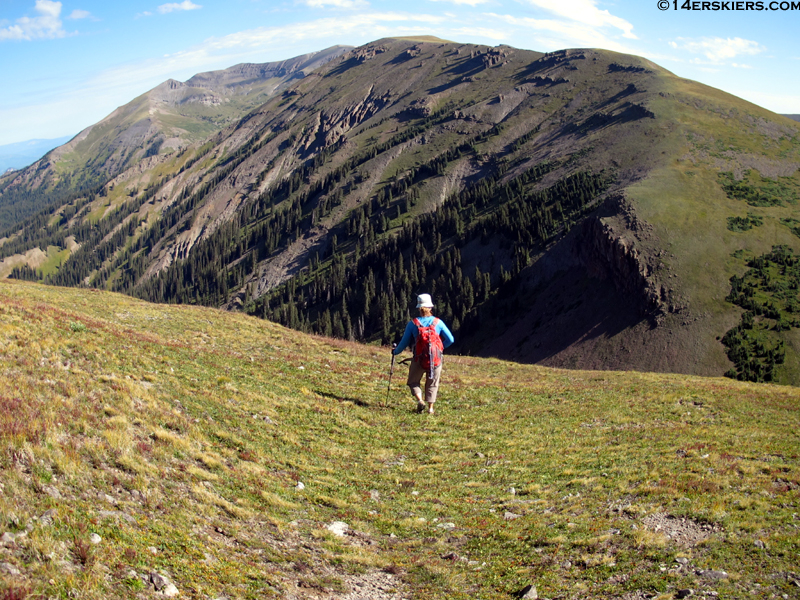 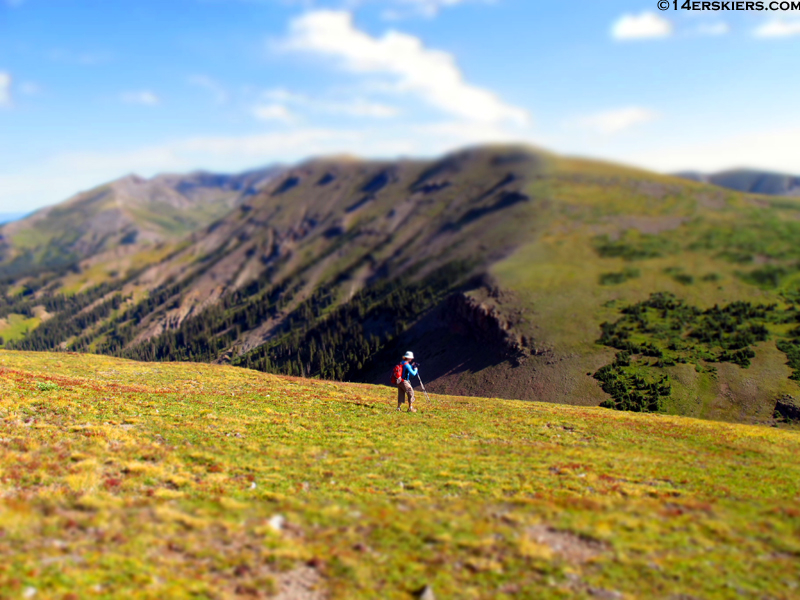 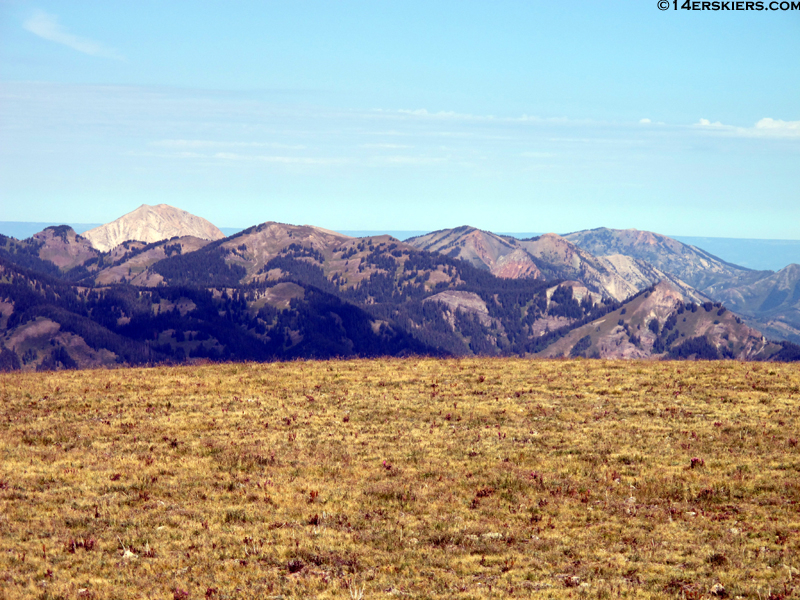 At the saddle between South and Middle Baldy: 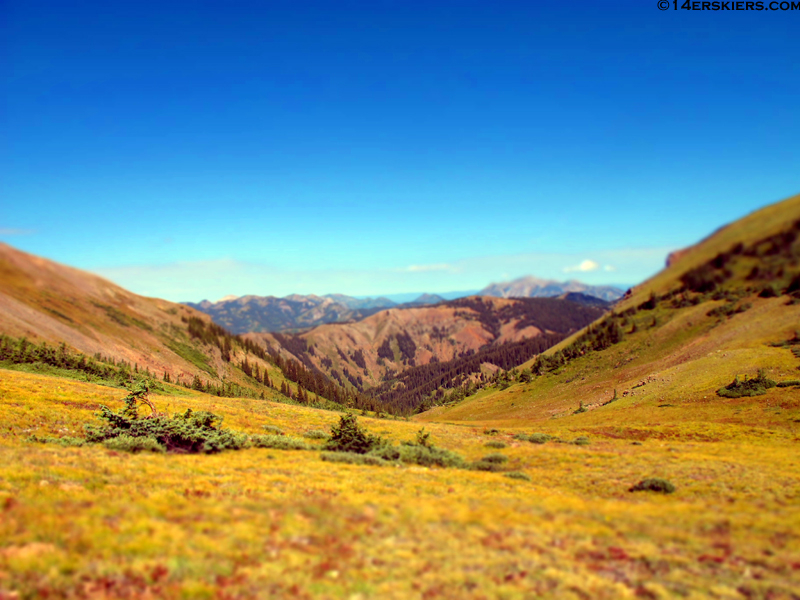 Nearing the summit of Middle Baldy. As you can see, the ridge is very gentle. 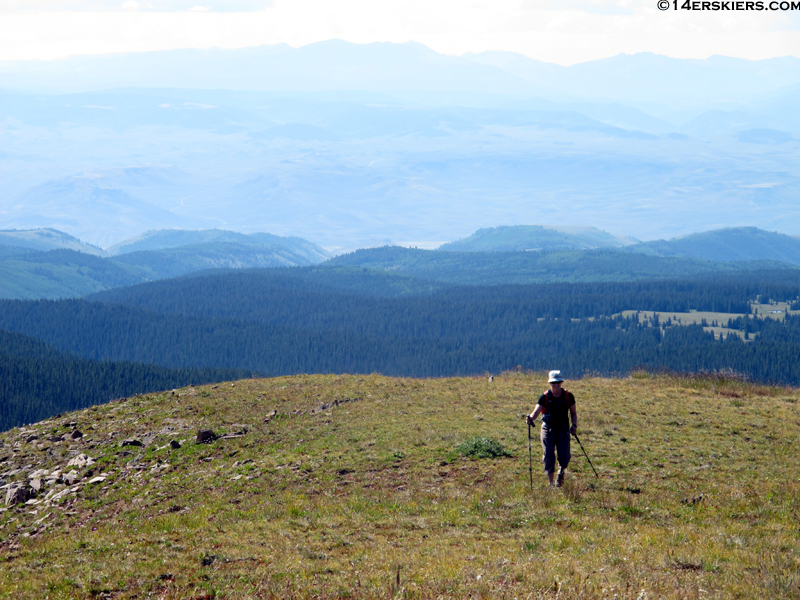 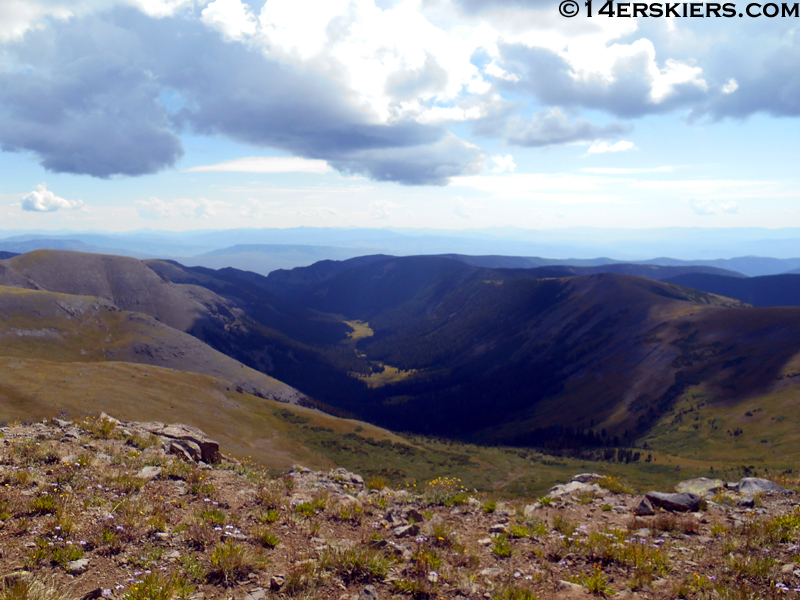 We couldn’t help but think about skiing walking above these hoodoos and the steep terrain below: 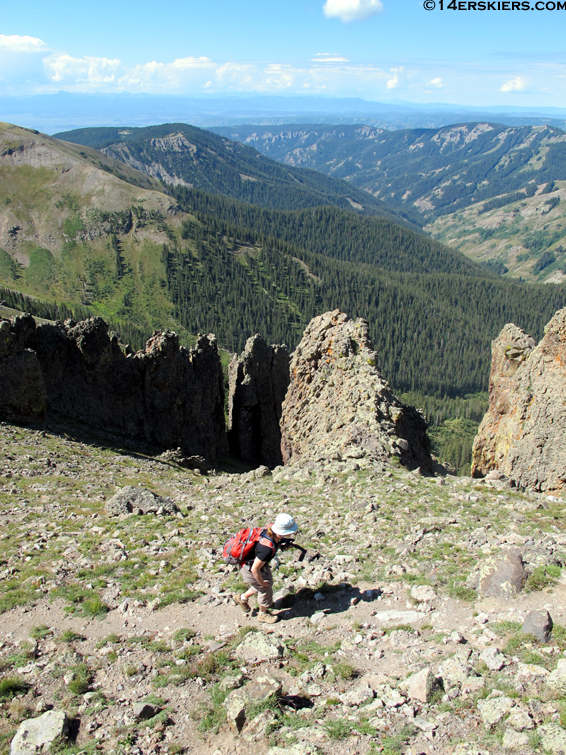 From North Baldy, we had a great view of the SW face of West Elk Peak: 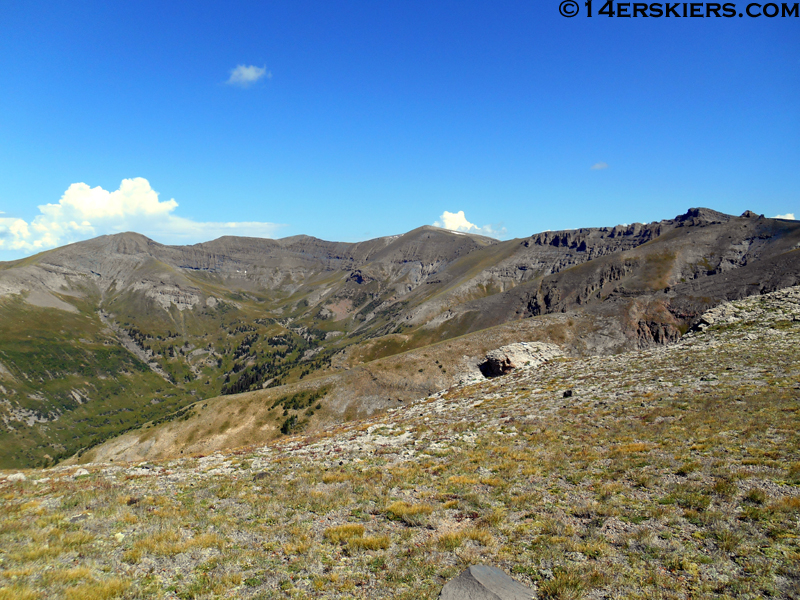 And an even better view of the Castles above Storm Pass, with the bells and Pyramid behind. 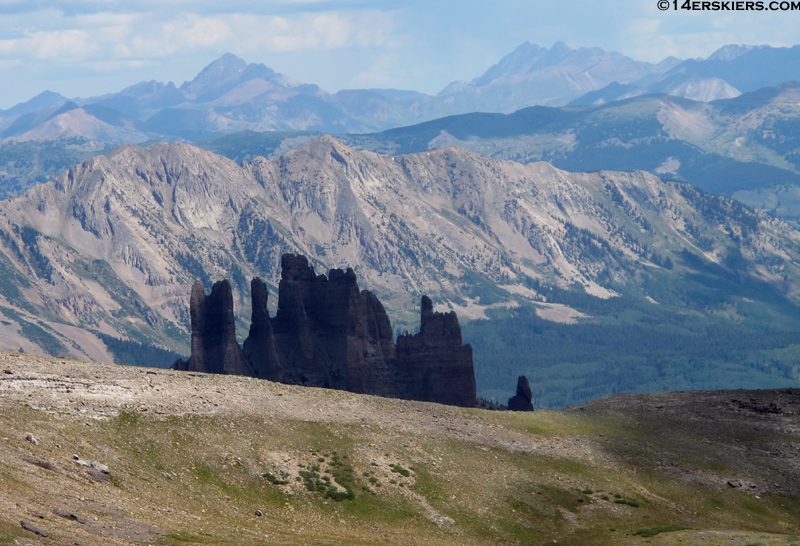 We were hoping to go all the way to West Elk Peak, but the gathering storm clouds on this high route demanded a degree of caution, so we turned around. Next time. 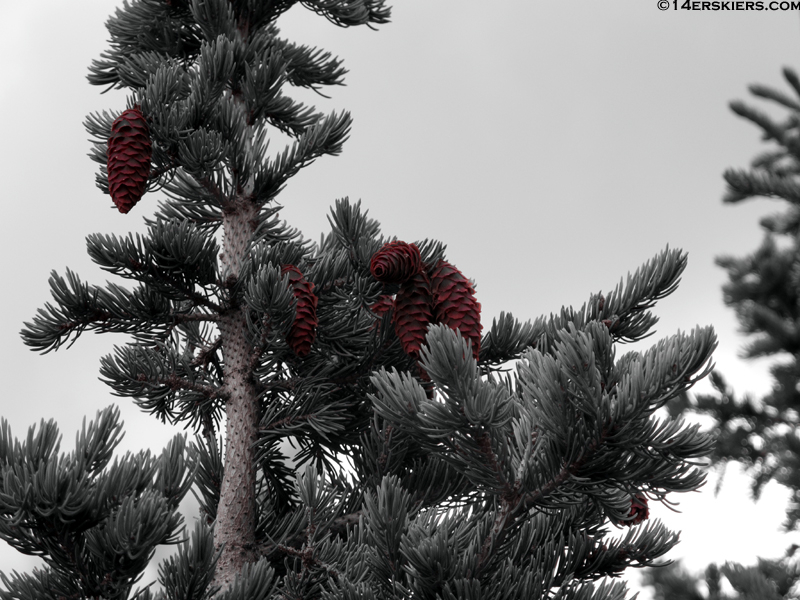 The flowers are still doing well in some places: 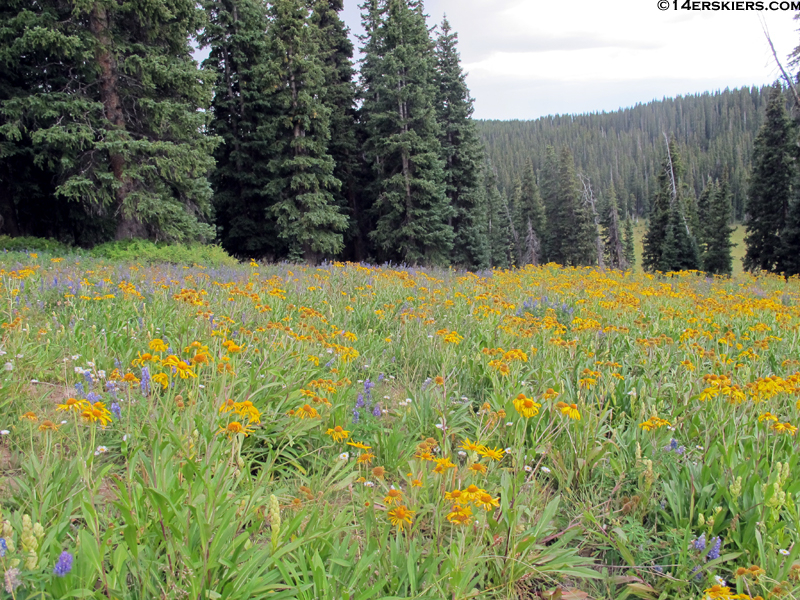 Well, there you have it- one of our view journeys into the West Elks. It’s a beautiful area, well worth exploring. And unlike some other Wilderness areas, this one actually feels remote, since it lacks “star attraction” like the Maroon Bells, for instance.

3 thoughts on “Collecting the Baldy’s in the West Elks”