As we have stated before, Pico is full of things to do. But, to keep things a bit more interesting for ourselves, we accessed most sites that we visited by bike. We rented the bikes from the Madalena tourist office so often that the people began to know us by name.

We awoke one particularly misty morning and didn’t let the weather thwart us. We headed out to explore some of Pico’s back roads by bike. Once off the main roads, we hardly saw any traffic at all. 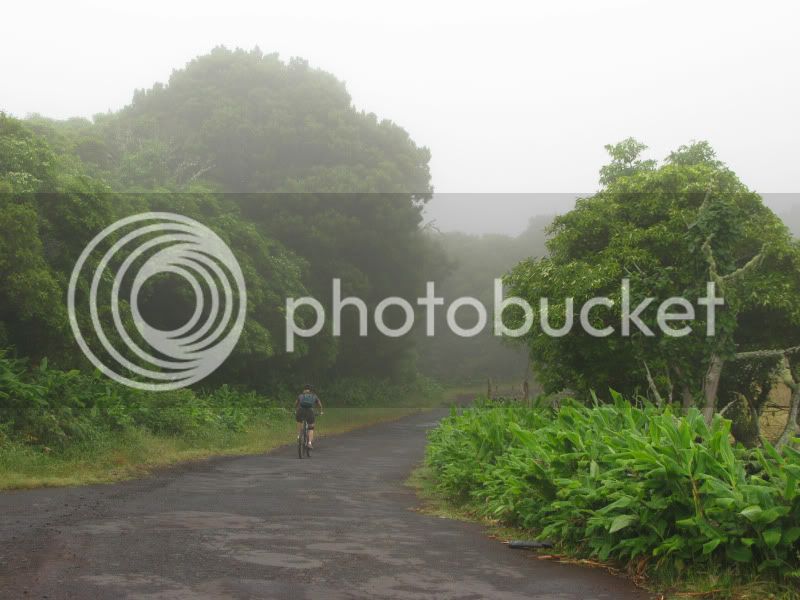 One of our stops that morning was at the Botanical Gardens.

We wandered around for probably over an hour. 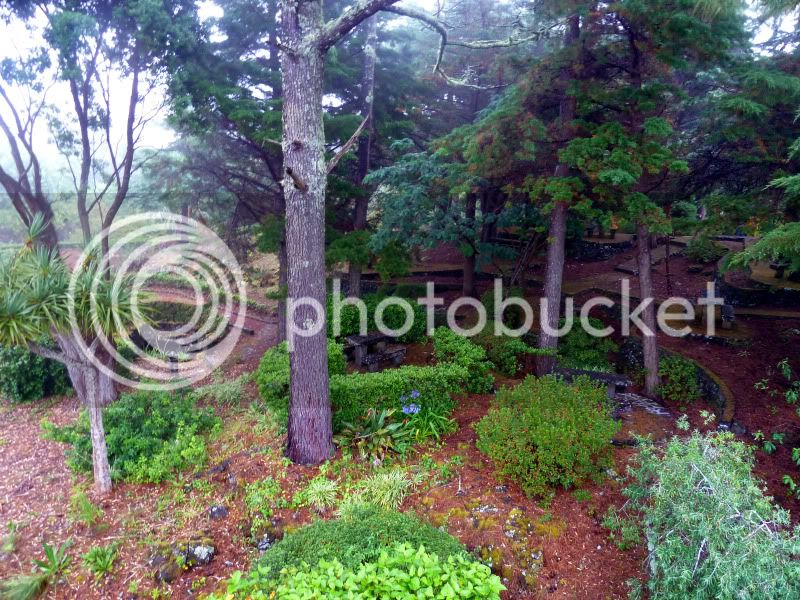 And we didn’t see any other visitors.

We had the whole place to ourselves, except for this little loving creature.

Another afternoon we took the bikes to a slightly different area- to explore the adegas on the northwest coast of the island.

A cool house we passed along the way.

Our first stop was in the village of Cachorro. We stumbled upon this house first.

In front of the house there is a well, as seen the photo. This is an example of a type of well that occurs all over Pico, called a “tide-well”. These wells were dug near the sea so that sea water could enter. In the process, the water becomes partially filtered or brackish, which is more easily used than pure sea water.

We also explored the cool coastline there.

Water crashed in an out of the narrow volcanic passages, sometimes with explosive power.

We were amused by an old passageway that was developed over a volcanic arch. It was clear that the passageway is no longer used, but it was not blocked off. So, we went on it anyway.

Cachorro is most known, currently, for its adega. And adega is a place (often several buildings) where village wine is made and stored. Though this particular adega was not open for sight-seeing, there was a shop that featured the local wine and allowed us to taste some of them.

After Cachorro, we continued onward by bike to Lajido, shown in this photo.

Many of the buildings in Lajido are dedicated to wine-making and storage, making Lajido the home of quite a large adega.

In just the last year or so, the adega has been turned into a museum. We got our own private tour of the facilities.

More buildings that are part of the adega.

Vineyards with Pico peaking out above.

Ox and other animals were used to transport wine barrels over the rugged volcanic terrain.

The barrels of wine were dragged over miles of terrain that looked like this. You can even see the grooves from the carts ingrained in the rock.

Some houses in the Lajido village with Pico behind.

This church was established years ago for workers who could not travel miles to Madalena to attend services there.

After our tour, we again tasted some local wines. And, of course, upon purchasing some of them, we stuffed the bottles into our backpacks only to bike miles back to our hotel 🙂

On our way out of town, Frank caught this nice image of Pico. 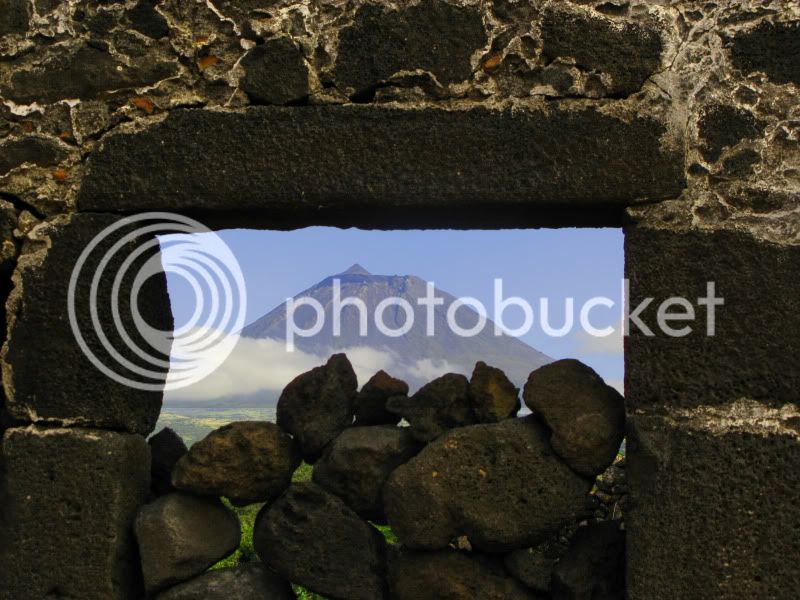 On another evening we enjoyed this copper bowl of seafood. But, we weren’t just seeing food. Those little shrimps were looking right back at us!

We also enjoyed the lights from Horta across the way.

Up next- our last Honeymoon TR!