After the constant movement of Barcelona, it was time to return to the more tranquil pace that Frank and I are accustomed to. So, we sought solace in the Spanish Pyrenees. We headed toward the town of Baga, located in the Serra del Cadí range, still part of Catalunya, just outside of Parc Natural del Cadí-Moixeró.

How did we decide to go there? Frank and I considered a number of National Parks and other parks located in the Pyrenees. We Googled them, looked at the images that appeared, and chose the park that had the most remarkable mountains, in our opinion. The Serra del Cadi are most characterized by the peak known as El Pedraforca. Of course, it is far more mesmerizing in person than on the Internet. (from the East)

A map of the Serra del Cadi can be seen here.

Though Pedraforca dominated, there were plenty of other majestic scenes offered to us by the Serra del Cadi.

Another perspective of Pedraforca, seen from the south.

Pedraforca from the southwest.

The southern region of the Serra del Cadi are marked with many tiny villages, like this.

The Serra del Cadi can be as green as Ireland.

Or, just a couple of miles away, it can feel like you’ve been transported to the Utah desert.

We rented bikes to help us take in some of the amazing scenery the Serra del Cadi had to offer.

But, sometimes the best scenes were the local inhabitants – like this pig who liked to chase his chicks. 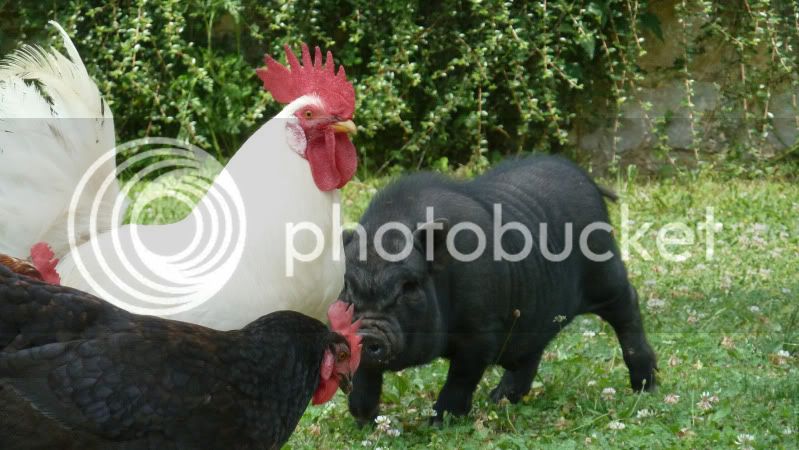 I particularly enjoyed the village of Gosol, where Picasso once lived for a summer (1906).

But the most stunning scenes were viewed from just above Gosol, at the Col de Josa.

Still, Pedraforca dominated the scene and dominated our photos.

We were amused by translations.

We enjoyed our stay in the sleepy town of Baga, a nice change of pace from bustling Barcelona.

Baga is a medieval town whose center, much like this church, was established in the 1300’s.

As was much of Catalunya, Baga was once the home of Cathars. Cathars are considered to be a Christian sect that flourished in the 13th and 14th centuries, whose practices often conflicted with those of Catholic Rome. Therefore, the Cathars were considered heretics by the Catholics and were eventually persecuted. They fled, and their last hold out was Catalunya. Today, their path of “escape” can be retraced and is called the Route of the Cathars or the Cami dels Bons Homes. The route is shown below.

The medieval center of Baga held both beauty and character.

But perhaps the most fun we had was our first dinner in Baga- Their only customers for the evening, they opened the restaurant for us, turned on the lights, and called the chef! But, the food was delicious 🙂