After the unfortunate death of Shane McConkey in March, an idea was hatched on the TGR forums to get a pair of Volant Spatulas, the revolutionary skis that Shane helped design, and send them around the world. Mounted with a pair of demo bindings, these skis would get passed along from person to person, each of which could sign the skis and pass along their thoughts to Shane’s family, who will be given the skis on the one year anniversary of his accident.

What makes the Spatulas revolutionary, you ask? Well, first of all Spatulas are reverse camber rather than normal camber. Normally, skis have a U-shape when one is set on the ground, but the Spatulas are the opposite. spatulas are also reverse sidecut unlike regular skis. Normally, skis are shaped like an hourglass, with the skinniest part under the binding, but Spatulas are fattest under the foot. These things combine to make the Spatula a great powder ski, and these days most every ski manufacturer have at least a few skis with some of these elements in their design. Spatulas ski more like a knofe spreading warm butter around than slicing and dicing like a ginsu knife.

Tom was recently in Utah, where he was able to pick up the Spatulas and bring them to Colorado. Along with Rob, we headed out to the Green lake chutes, which are perfect because we bootpack them rather than skin up them, and they are short, so we could each get a run in on them.

Booting up the couloir (this photo and other smaller photos by Tom): 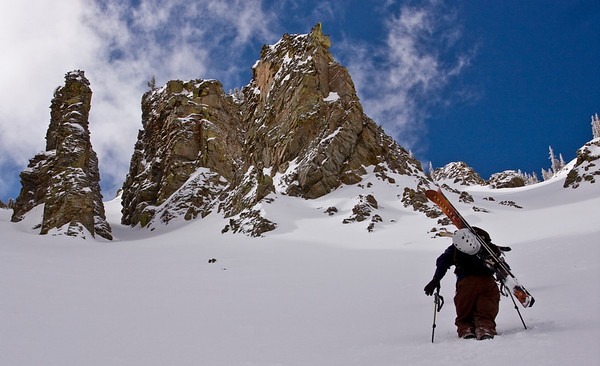 As luck would have it, I got the first lap on the Spatulas. Shane knew what he was doing- these skis are fun! 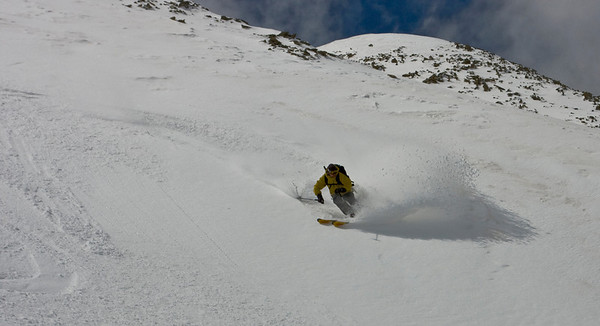 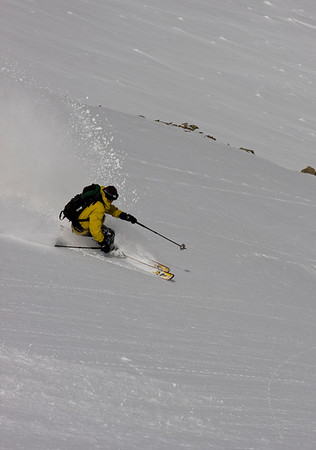 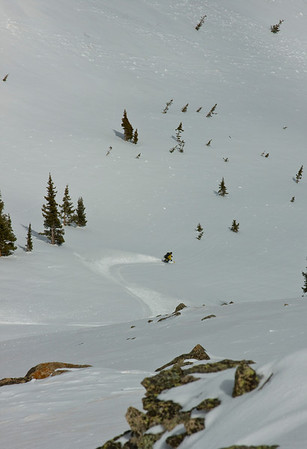 Tom and rob had great runs on their regular skis as well. Tom: 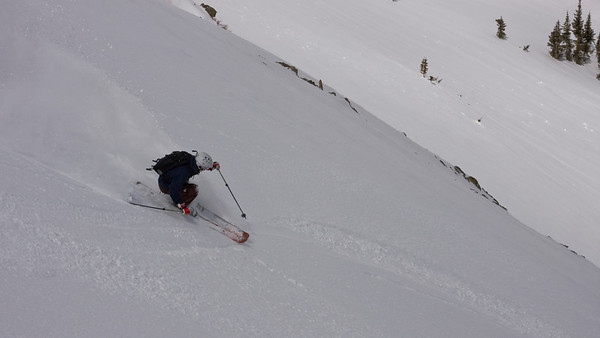 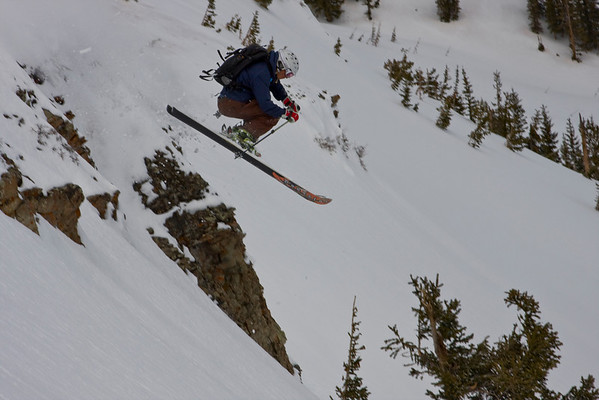 I was in a great position to shoot Rob’s run, but unfortunately the photo turned out blurry:

Tom got another great shot of me skiing by this pinnacle: 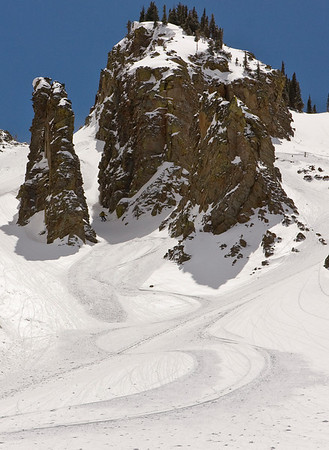 Tom went to the other side on his lap:

Rob hit this crazy natural booter on his second run, so we got a shot of it on our way back up for lap #3: 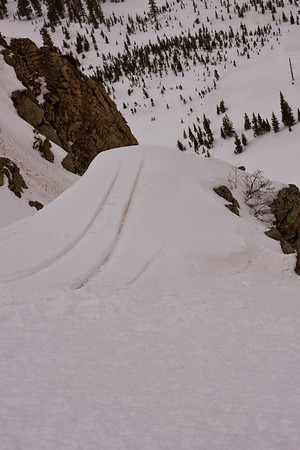 Rob borrowed Tom’s camera and got a nice shot of Tom as well: 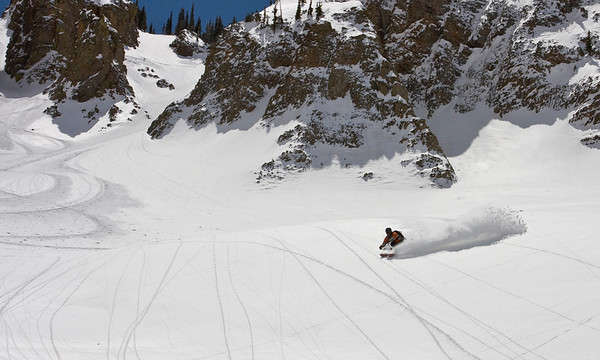 Tom is a great photographer, and got two more great shots of me on the third lap: 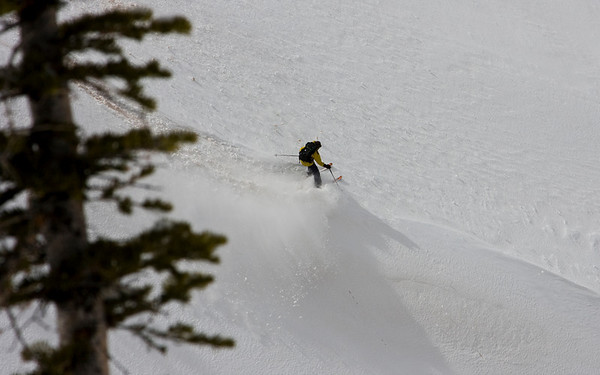 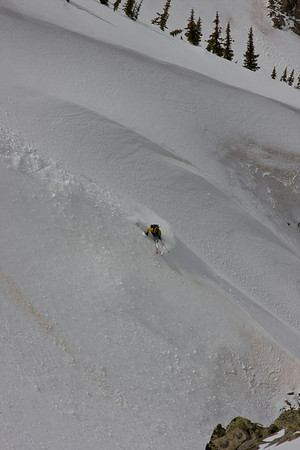 As we were leaving, the clouds gathered and danced around the peak as if to honor the man we had been trying to honor with our runs. Thanks for being the most influential skier and ski designer of the past twenty years, Shane. You will be missed.