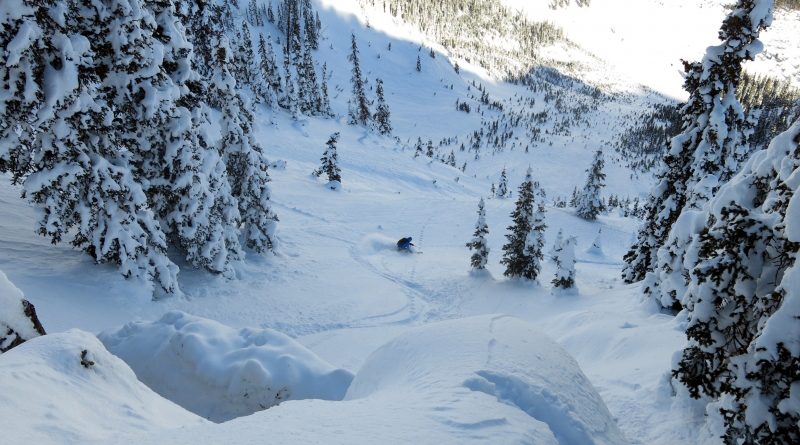 We haven’t posted too many trip reports this year. Sadly, a big part of that is related to Brittany’s knee. We make a good team, taking photos of each other and keeping each other motivated. But the other part is simply how this winter has shaken out. For a while, it din’t snow. But when it did- it really did. Crested Butte ended up with around 10 feet of snow in the first 2 weeks of 2017. Needless to say, that led to some elevated avalanche conditions, including one day of the rarely seen “extreme” danger rating. So my backcountry days have been limited thus far. Which is fine- I like riding lifts at a fun and steep area like Crested Butte.

Right before the snow flew, on the last day of 2016, I skied in Cement Creek, above Crested Butte South. I was joined by Pete Sowar and Dan Herrmann, and between Pete and I, we had about 45 years of combined experience with zero trips to this area. It just doesn’t snow that much, even though there is some nice terrain. 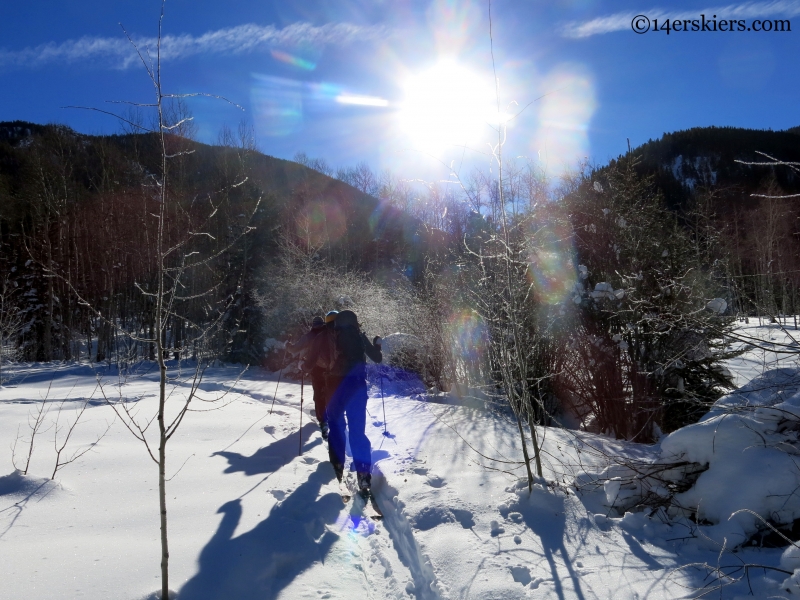 We had some great views of familiar peaks from a totally different vantage point. Crested Butte: 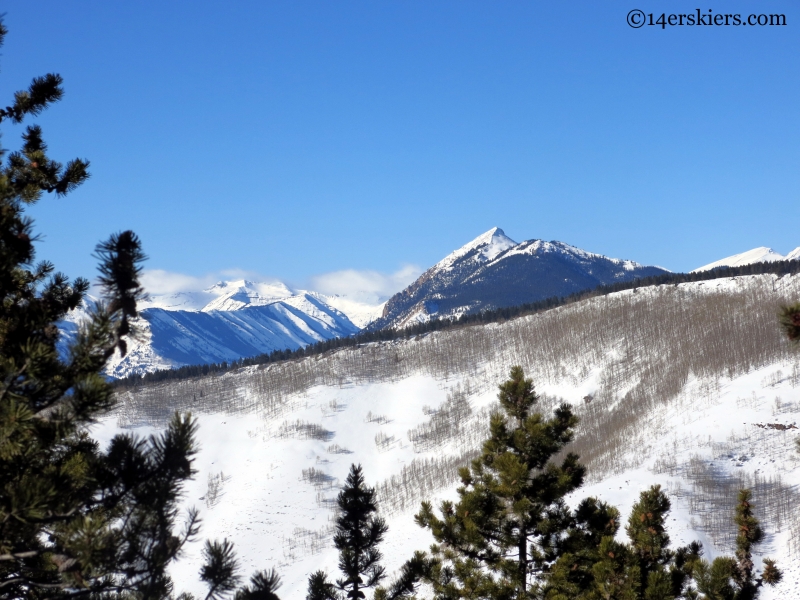 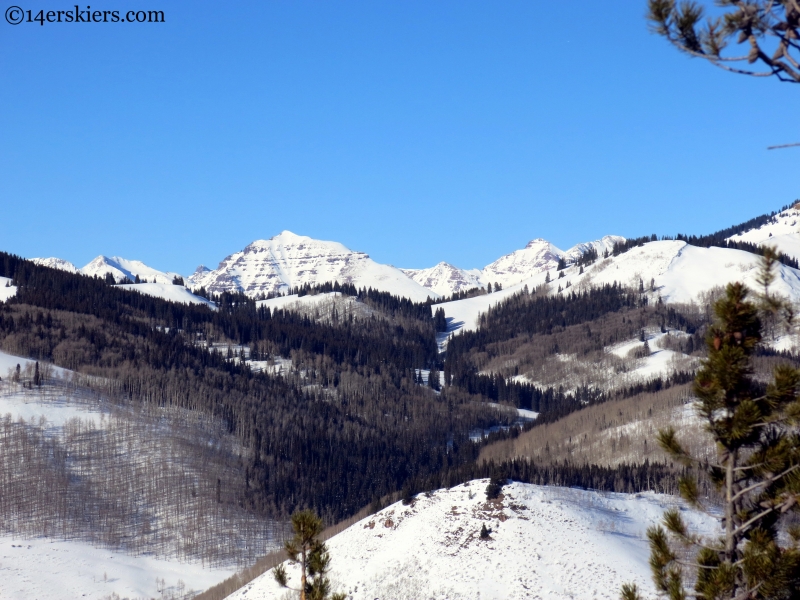 The skiing was… interesting. Snow that looked soft was hard, and snow that looked hard was soft. And the base wasn’t quite there. Still, here’s a couple of photos of Pete: 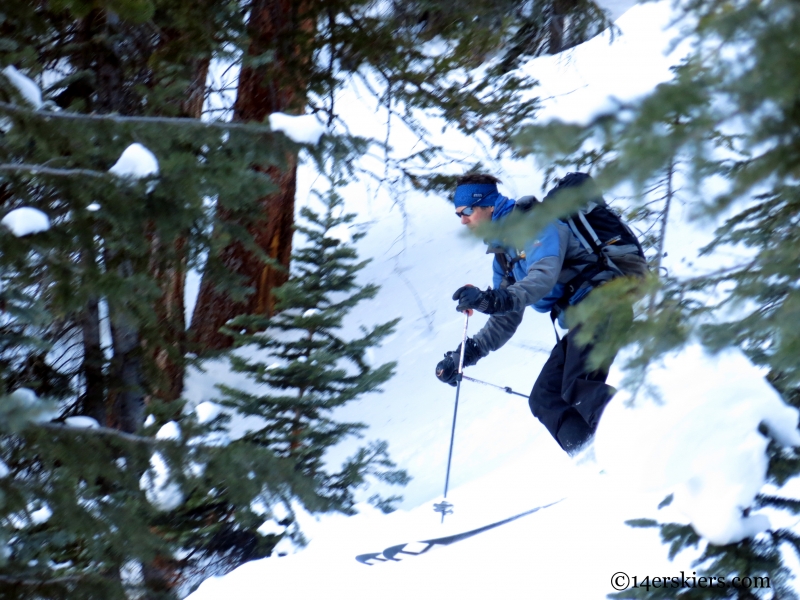 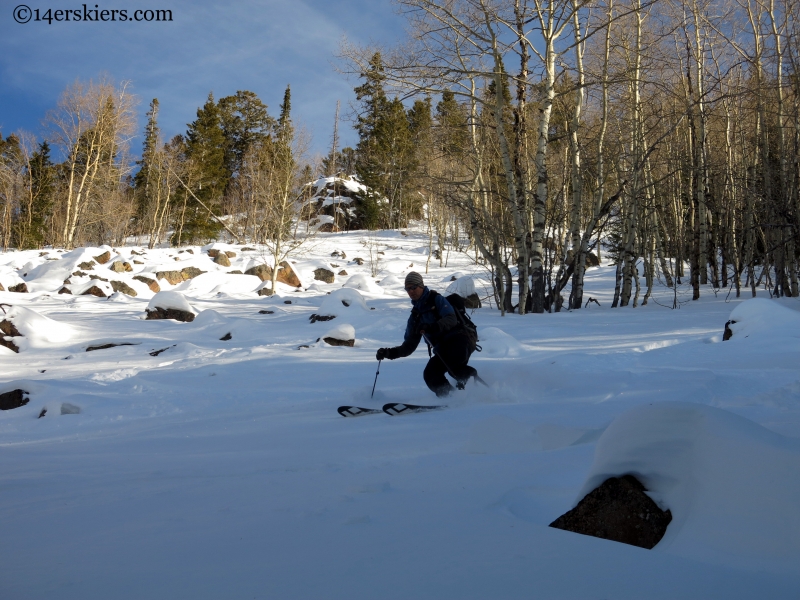 Then the storm hit. Buildings couldn’t even take it: 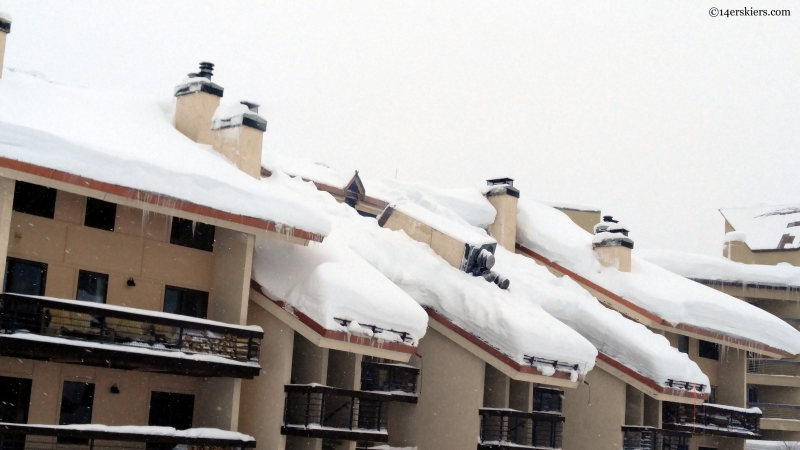 Classic Crested Butte buildings looked even better with all the snow: 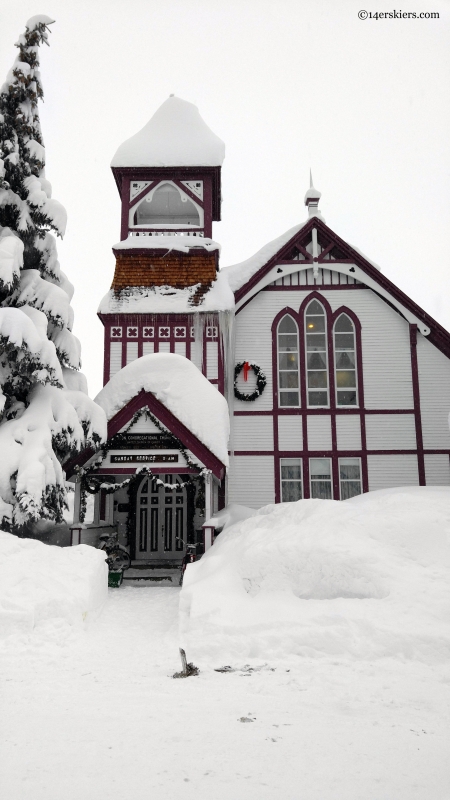 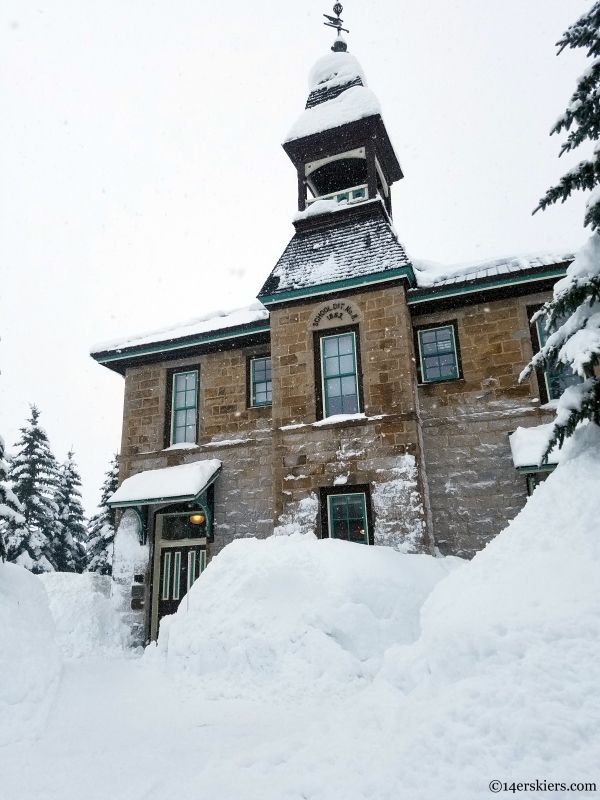 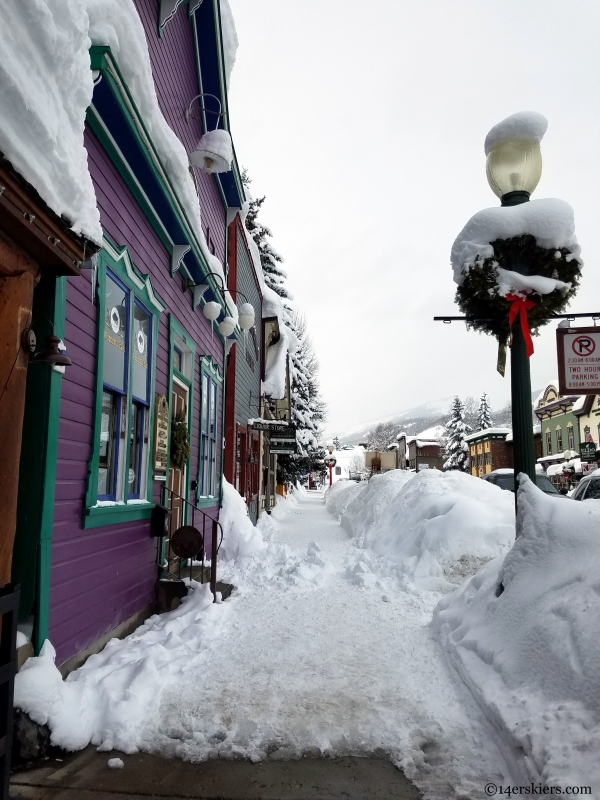 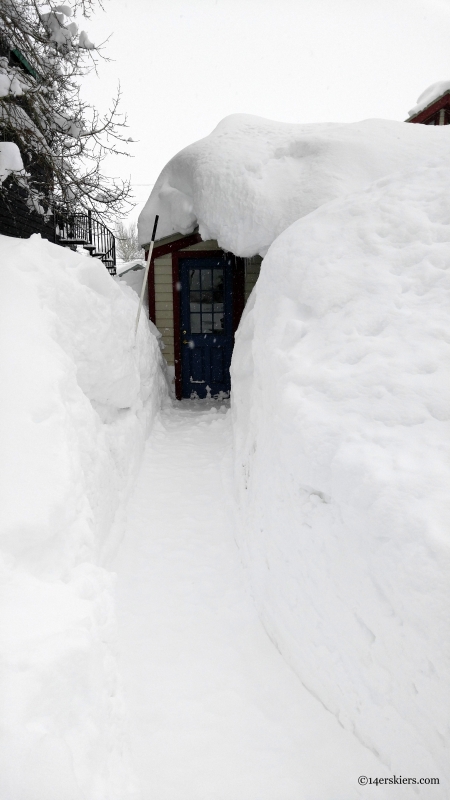 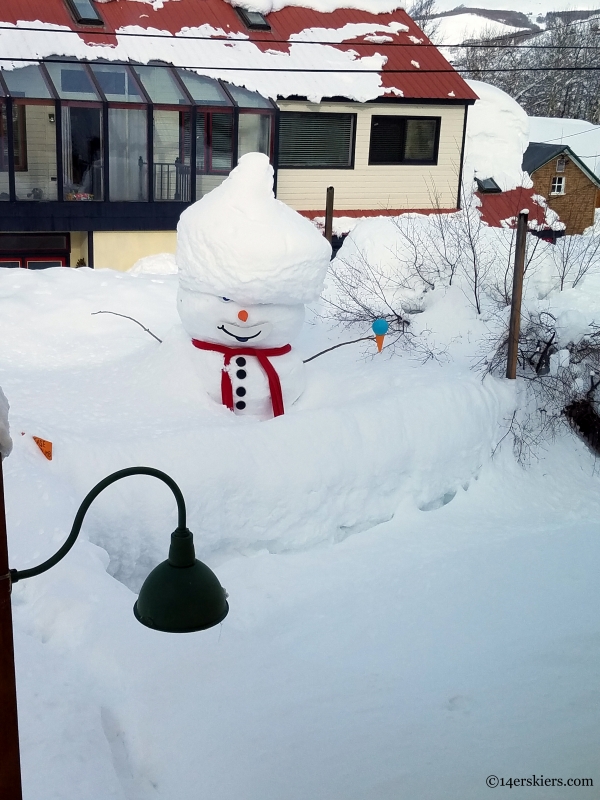 The storm was not your typical storm, with temperatures that stayed right around the freezing point. It even rained at times in Gunnison. When it did clear, the weather continued to remind me of my years in British Columbia, complete with low cloud decks. 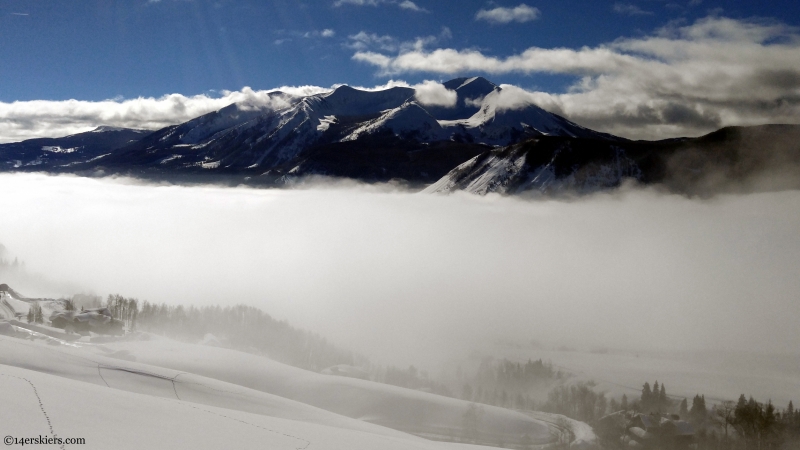 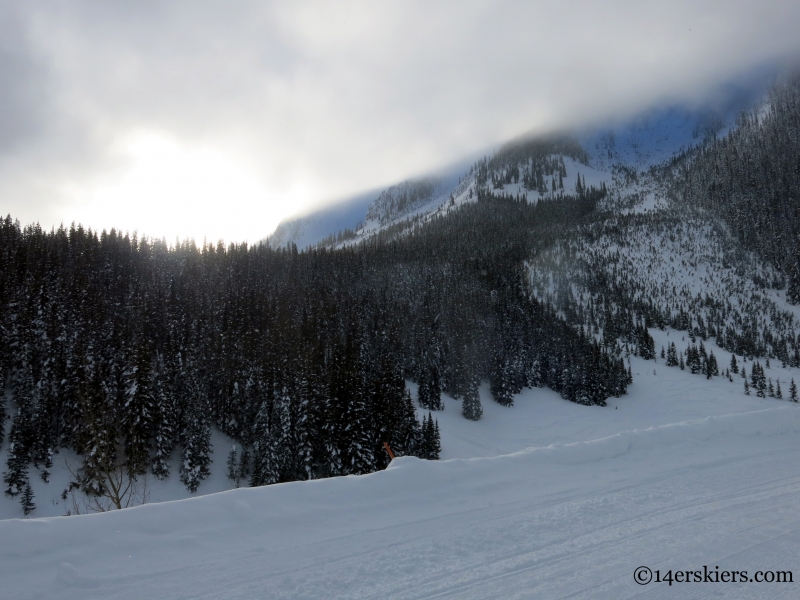 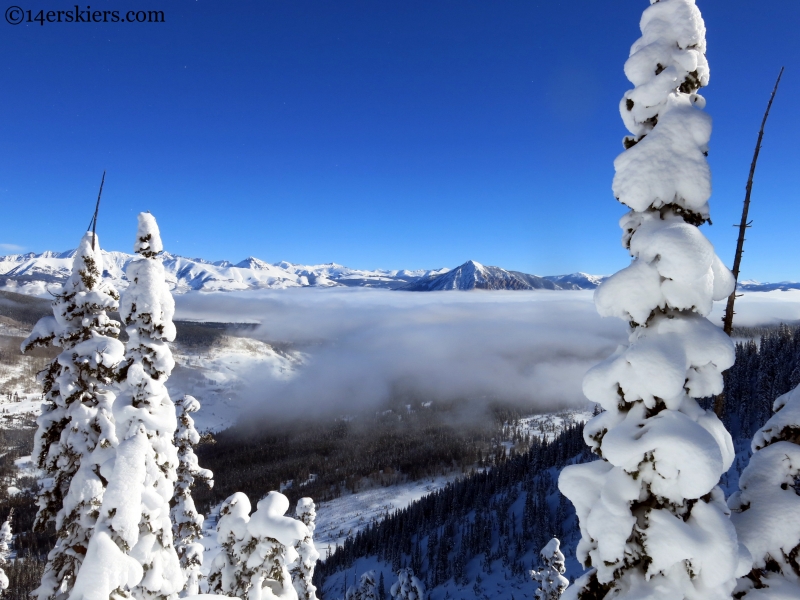 A heli flew by a few times- it sounds like it was MSP getting a bunch of cool footage that we’ll hopefully see soon. If chimneys couldn’t take the snow, it shouldn’t be too surprising that the trees couldn’t handle the snow load either. Trees were down everywhere: 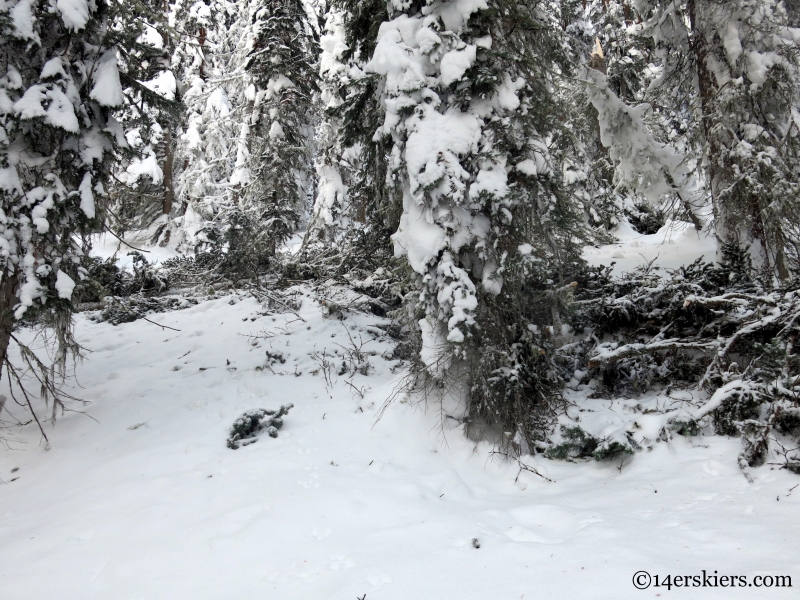 But the skiing was good. JJ: 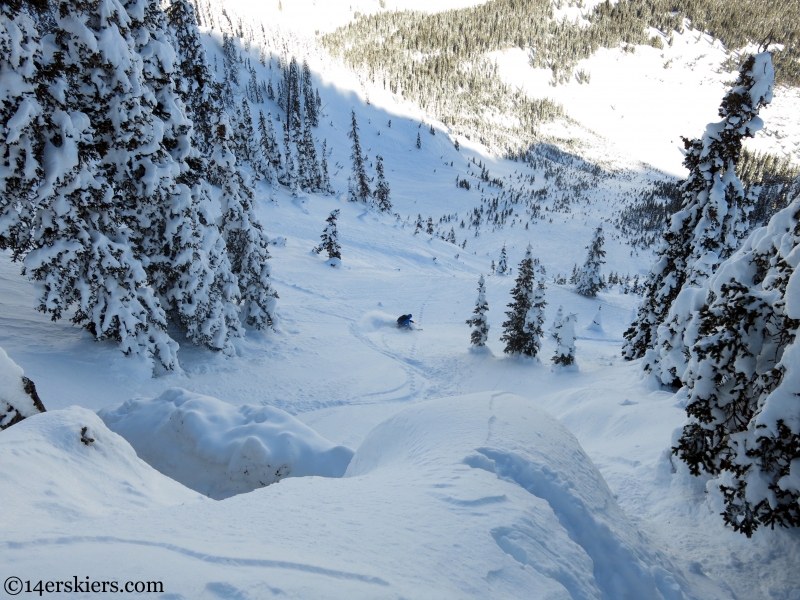 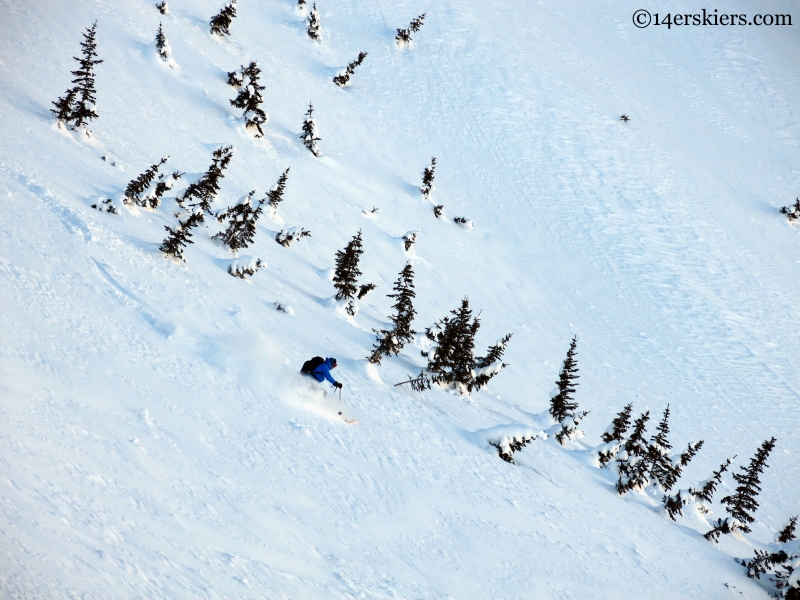 And that’s about it. I’m looking forward to the next week of drier weather, and hopefully a few tours. The only question will be how reactive the surface hoar that is now buried will continue to be. Looking forward to more of this winter, either way.