World War II at Camp Hale | Blazing a New Trail in the Rockies is a new book by David Witte. Covering the history of Camp Hale, from its inception at the start of the war, this is a great book for those looking to know more about the history Camp Hale and the area. Focusing heavily on the military aspects of the camp, and filled with photos, it’s an interesting read. It’s amazing how quickly the camp went up once wartime began. 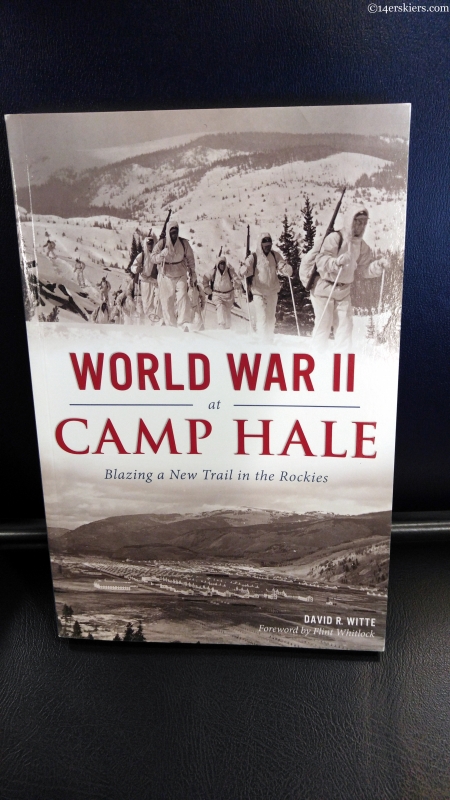 The camp was the epicenter for nearly every American who knew anything about skiing, climbing, or any other outdoor activity at the time. Of course, I use the term “American” loosely, since you were just as likely to hear Norwegian or Swedish or a number of other languages at the camp. And this is one of the big reasons why I think everyone who loves mountain sports owes a debt of gratitude to Camp Hale. Because of the skills that congregated at the camp, American climbing and skiing took a big leap forward. After the war, 10th Mountain veterans went on to start ski areas, build outdoor companies, and so much more. Meanwhile, the army surplus skis and other equipment were readily available and cheap after the war- and the booming American economy provided plenty of money for those who were interested.

This was the time when my dad began skiing. I’m not sure if he would have today, now that things are so expensive, unfortunately. And that means that I never would have skied, which is a life I can barely even imagine.

Circling back to the book, that’s why it appealed to me. Knowing a bit more about Camp Hale means I know a little bit more about myself, in a round-about way. Without Camp Hale, outdoor sports in America would be a much different place. Given the number of photos and notes that take up the last 60 pages or so, World War 2 at Camp Hale is a quick read, and worth the time. For more information and places where the book can be purchased, visit the publisher’s website.