I also like big alpine bike rides, and the Tunnel Lakes section of the Continental Divide trail has been near the top of my list for a couple of years for 2 reasons. 1- I haven’t ridden it (always a great reason) 2- DaveMo of Gunnison’s Rock’nRoll sports, described this ride as his favorite in a small magazine article. Considering he’s ridden everything over the past 3 decades or so, I knew it must be good. So Brittany and I were joined by Adam Kagy to find out what this area was all about.

We drove through the Quartz Creek valley past the towns of Ohio City and Pitkin to the trailhead at the junction of the Alpine Tunnel road and Cumberland Pass road. This is a beautiful area which doesn’t get a lot of traffic from either Crested Butte or Gunnison. Speaking of which, I have a terrific 36+ acre property for sale in this area. Upper Quartz Creek: 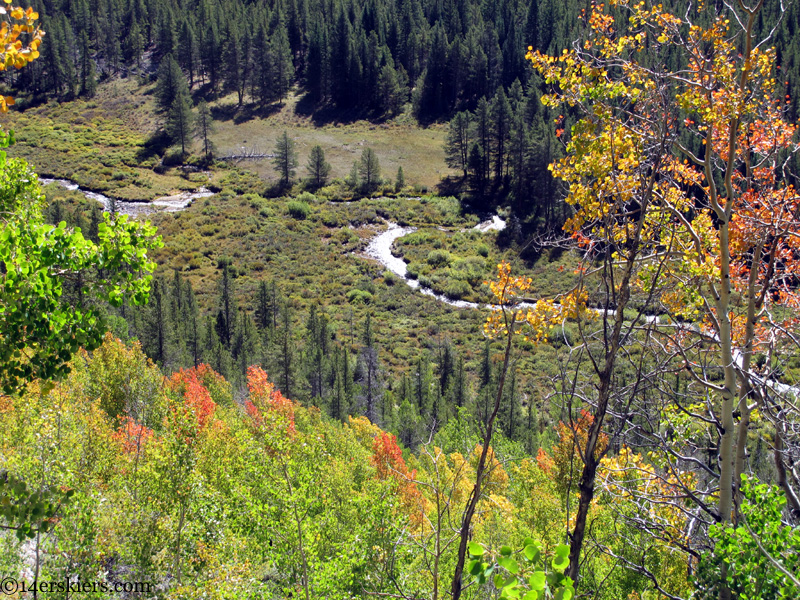 Being a former railroad grade, the ascent towards the Alpine Tunnel is fairly low angle. There is plenty of history along the way. 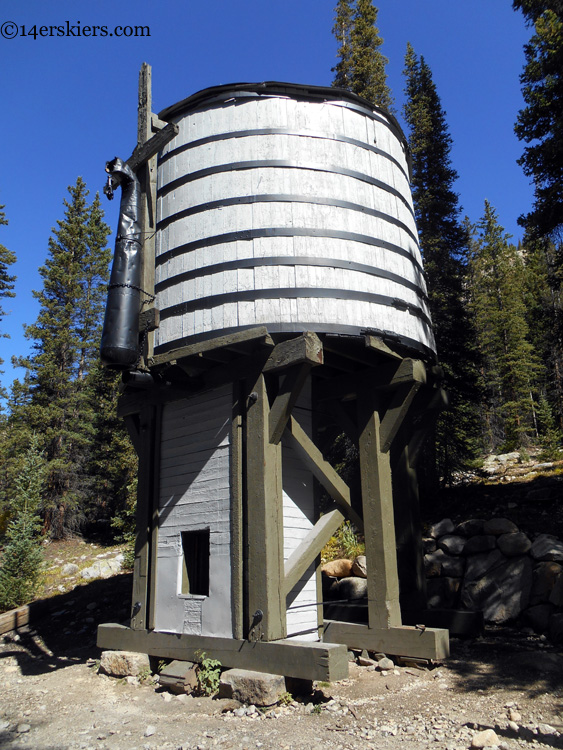 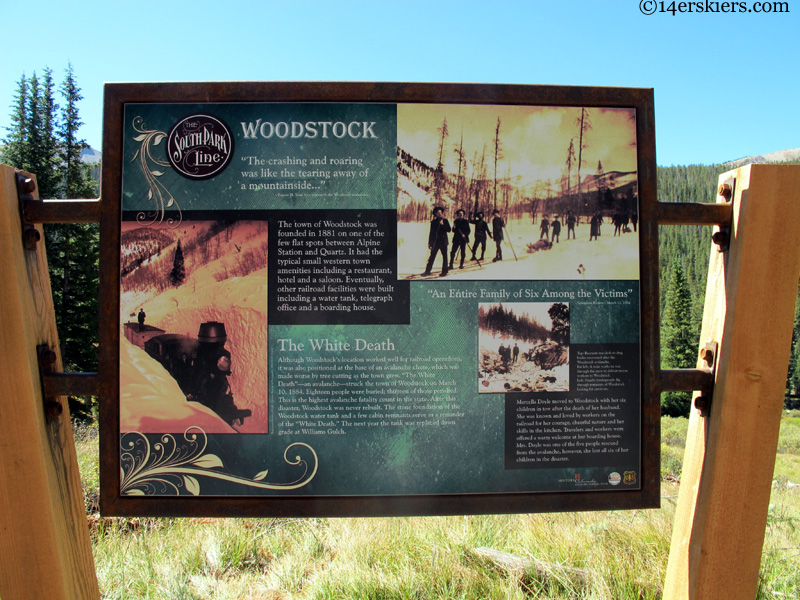 The palisades of Alpine tunnel. Looks like surprisingly good climbing. 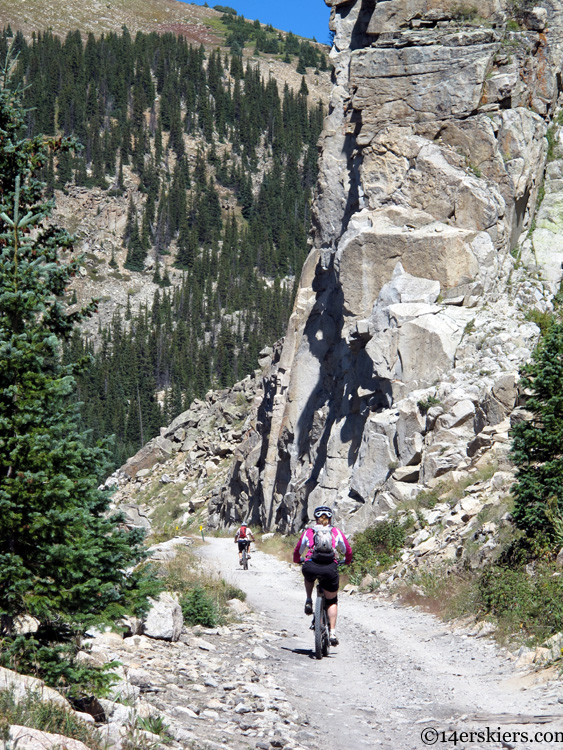 Near treeline, we reached the site of the Alpine Tunnel. 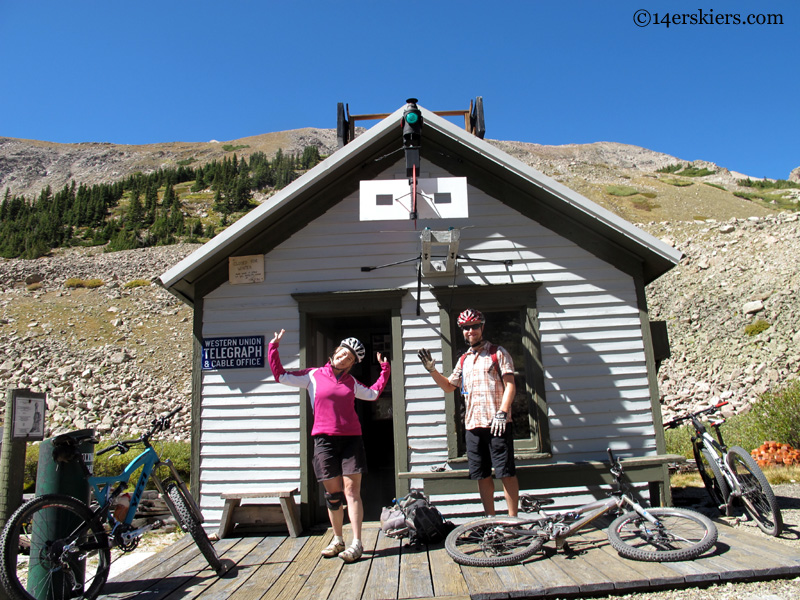 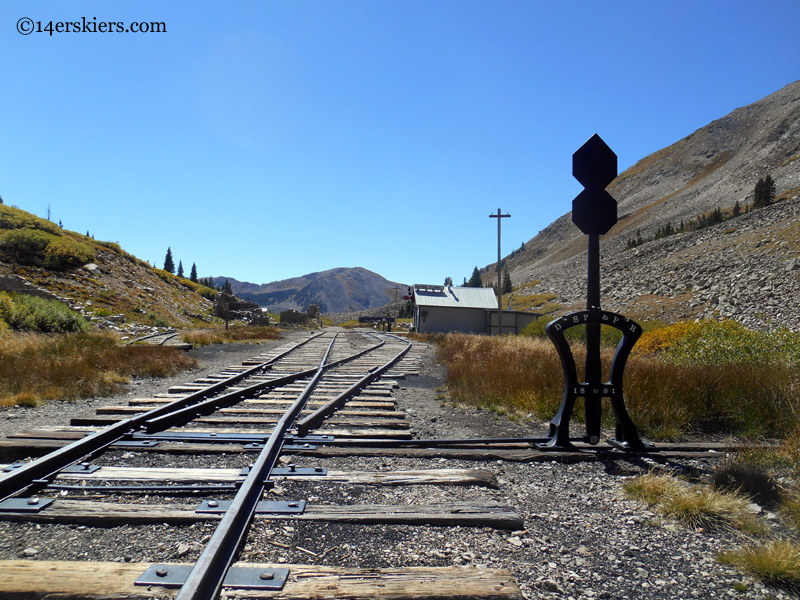 Sadly, the tunnel is no longer open on either side. In any case, our ride was just beginning as we began climbing singletrack over the continental divide past the tunnel. Like some of my other favorite alpine rides, Tunnel Lakes gets above treeline and stays there. 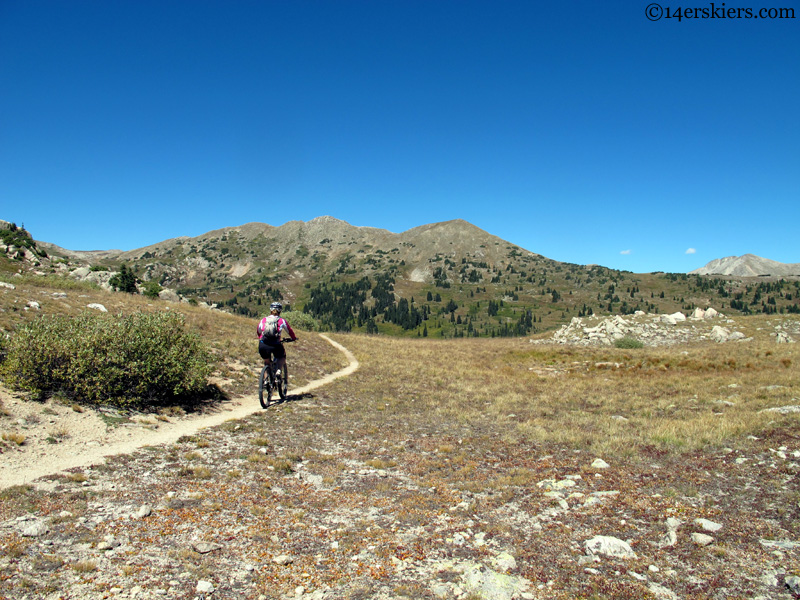 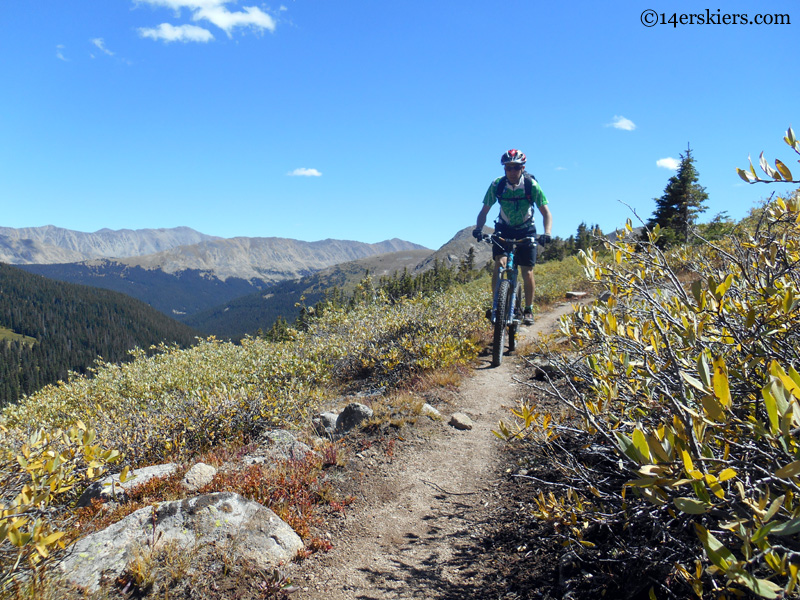 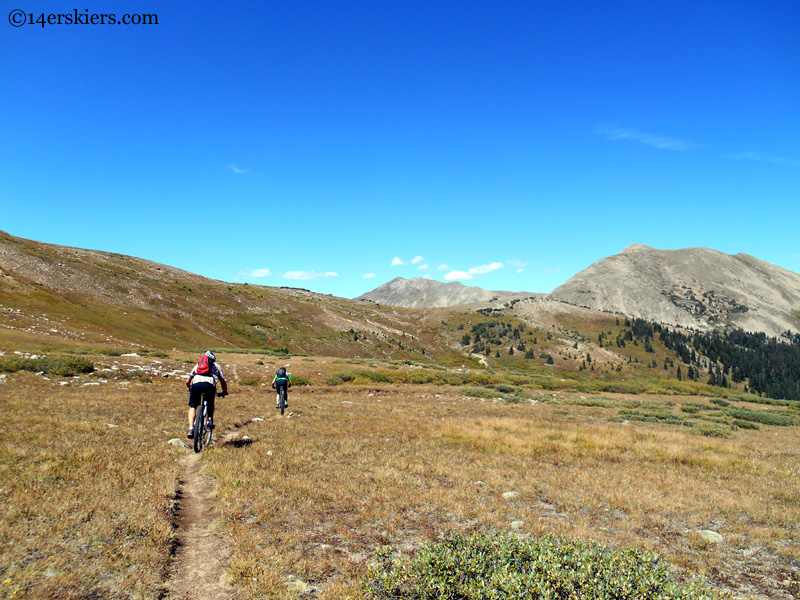 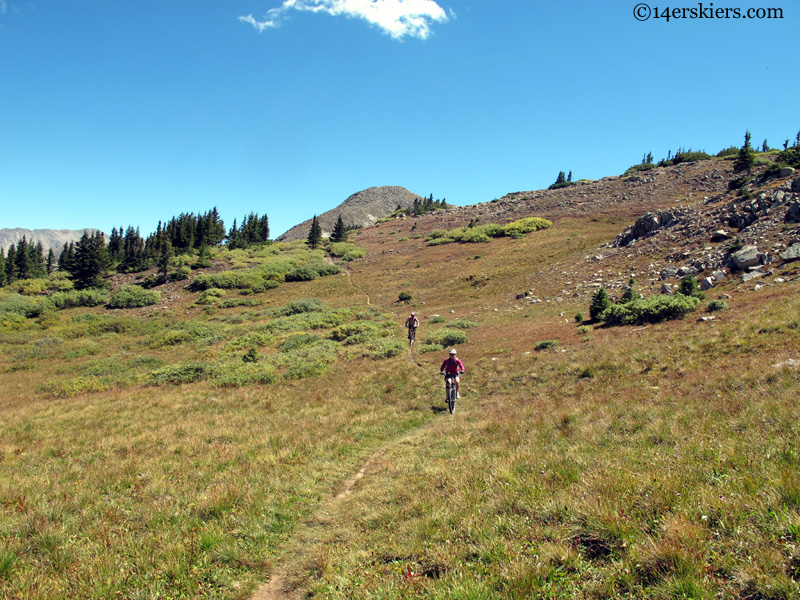 Up and down, up and down. You have to travel to the San Juans to stay above treeline longer than this. 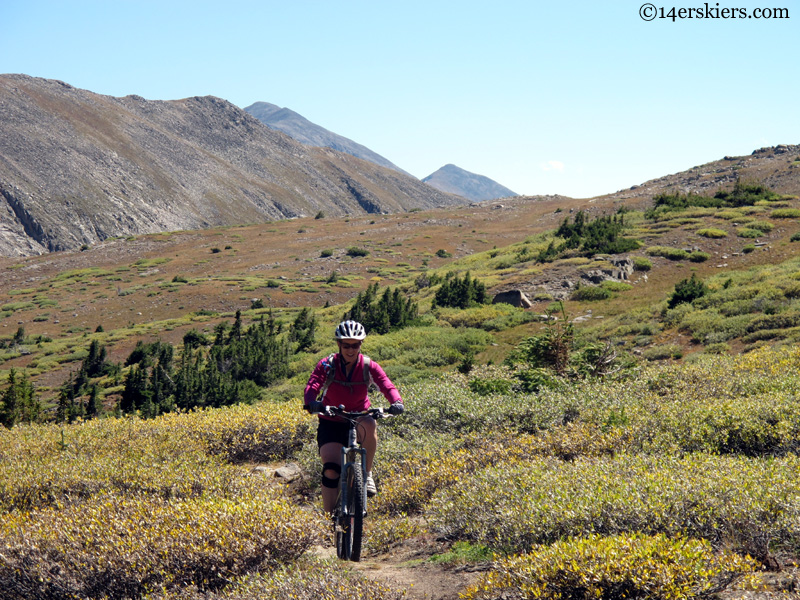 Tunnel lake in the background. Looks like a great camping spot. 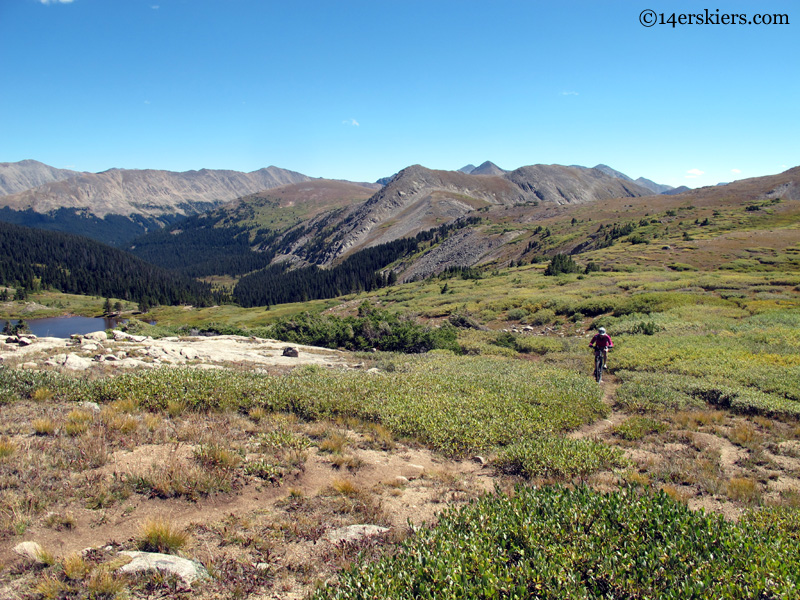 Do photos of alpine riding and scenery get old? I don’t think so… 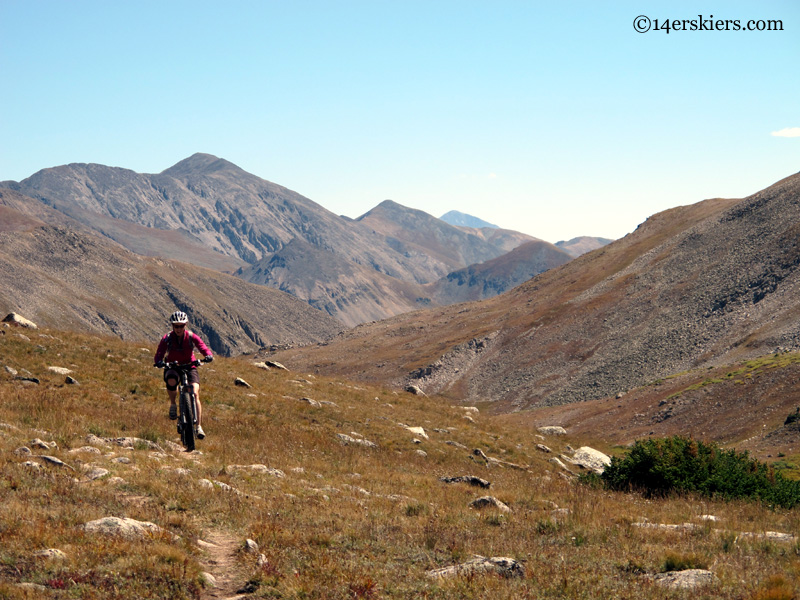 Eventually, we began descending towards the Tincup Pass road. This descent was amazing. If the Deadman’s switchbacks got roughly .1% as much traffic, they still wouldn’t ride as good as this descent. Tacky north facing hero dirt, which the photos do not do justice to. 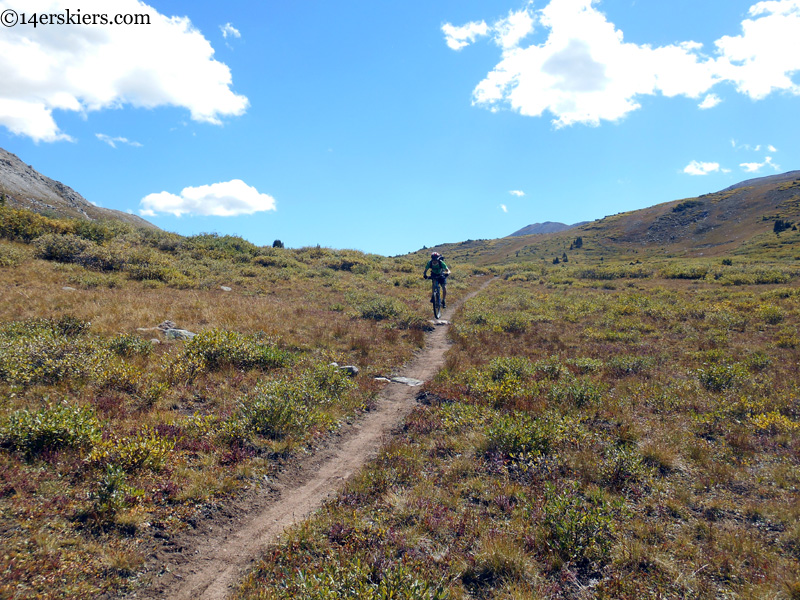 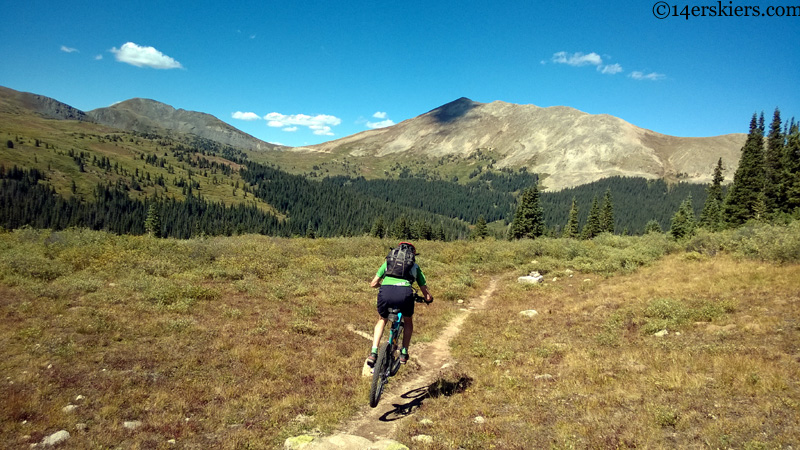 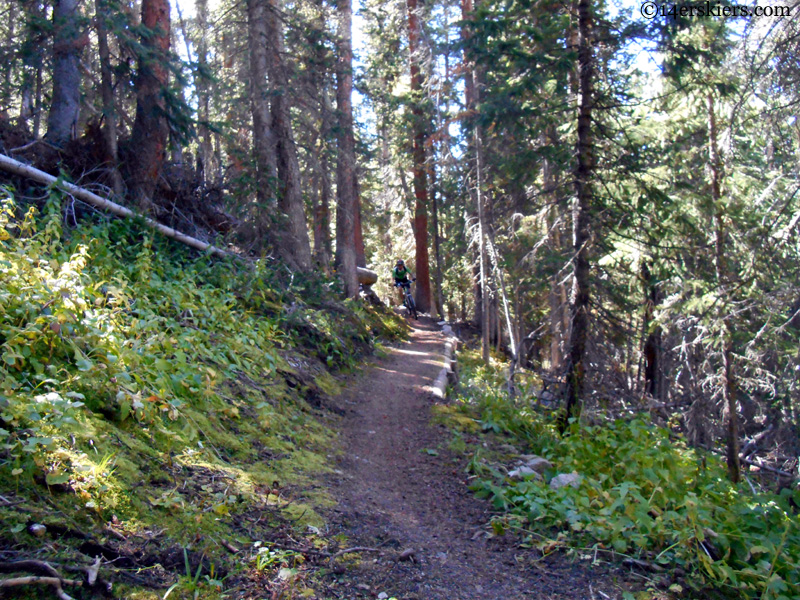 The ear to ear grin says it all. 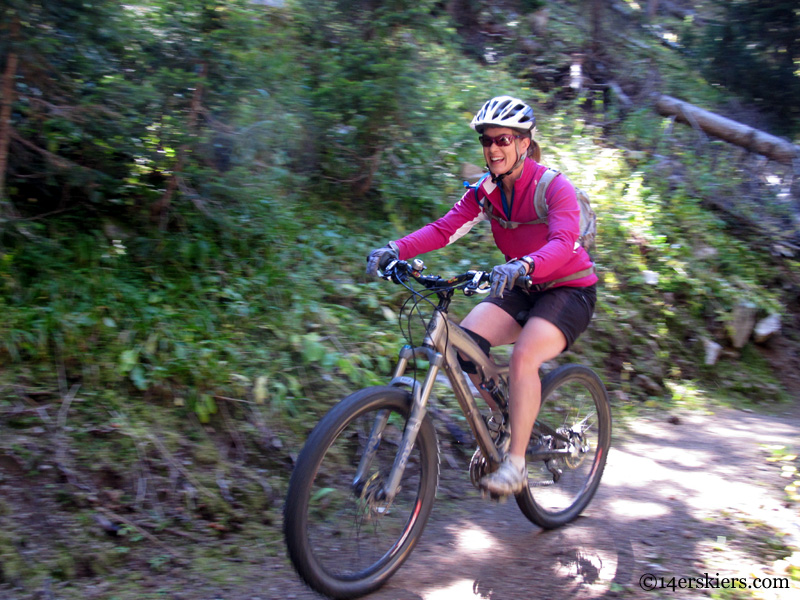 A stiff climb up the Tincup Pass road got us to the pass, and this is when things started to get tough. Our Latitude 40 map showed the trail we were looking for heading West from the top of the pass, briefly staying on the North side of an unnamed peak’s ridge. From the pass, this trail looked obvious, and we started hike-a-biking up it. Then it disappeared. We probably should have started retreating towards another trail which we had seen a couple of switchbacks before the actual pass. But it just didn’t seem that far on the path we were on, at least not to me. So we ended up summiting an unnamed 12,000′ peak (12,780′). Check that peak off the list… 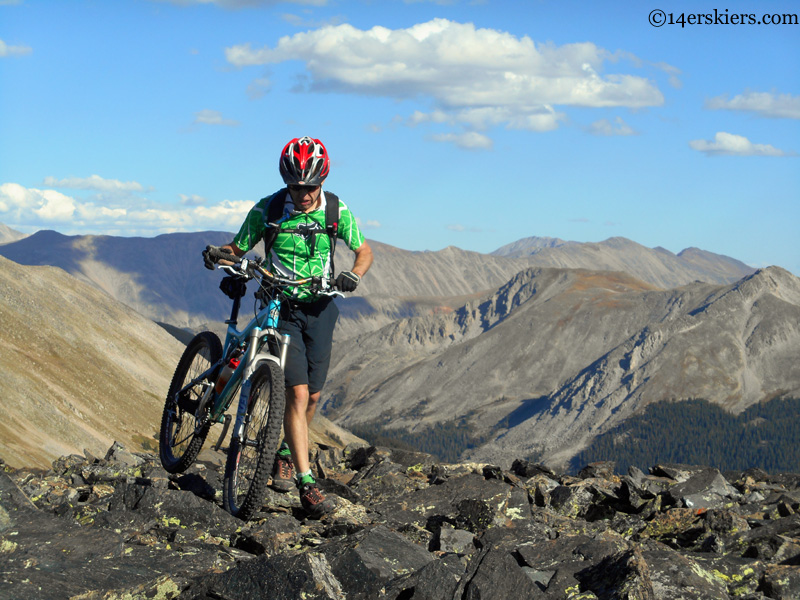 It wasn’t easy, but we made it. And we could see the faint trail we were looking for at the saddle below us. Time for some freeriding: 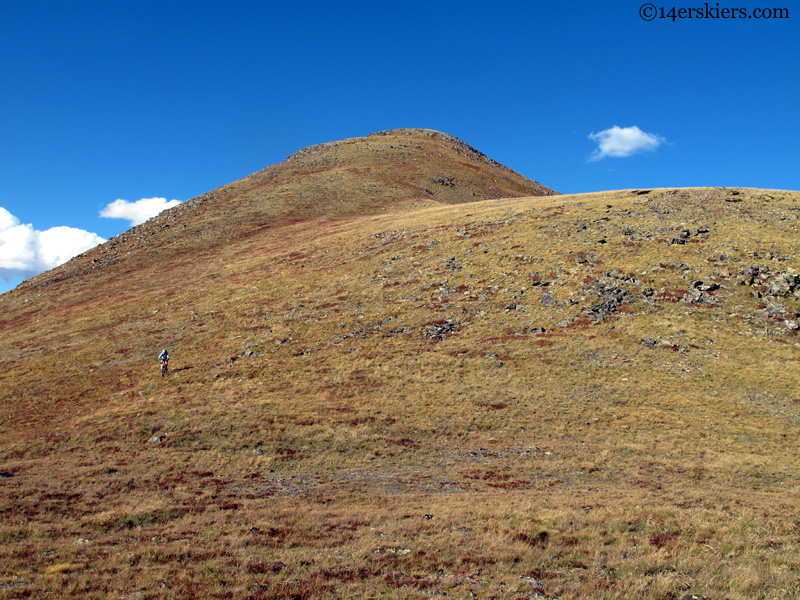 I thought it was a blast. The trail between Tincup and Napolean pass is unmarked on many maps, and definitely faint. I love this stuff. 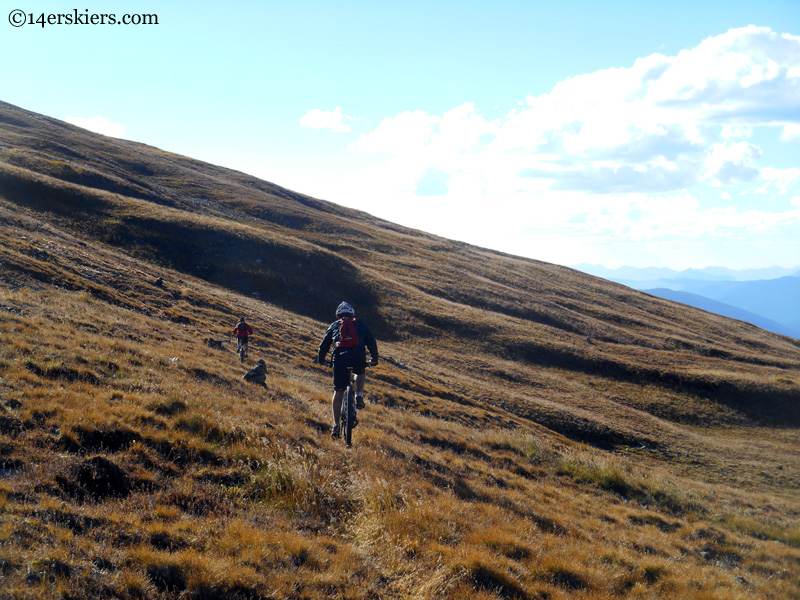 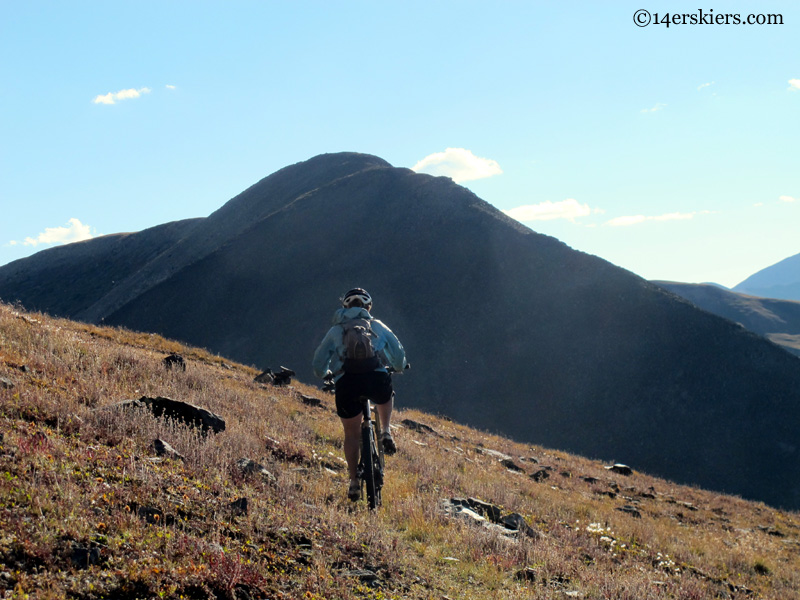 We made it to the 4×4 Napolean Pass road, and from there it was all downhill to the car. As much as I prefer to descend trail, this road was pretty technical, so it did have something going for it. This loop was roughly 25 miles, and the ride time was roughly 4.5 hours. The GPS track below is Adam’s- he traversed talus to avoid climbing UN 12,780′- regardless, if you’re following our route, take the trail before reaching Tincup Pass. Other routes utilizing the Tunnel Lakes trail would include an out and back from the town of Tincup, or from Chaffee County and the ghost town of St Elmo. This is a great ride, provided you love scenery and history, and don’t mind some hike a biking.