Last weekend, we traveled to the Sheepshead Cabin in the Southern San Juans. In part 2, we’ll talk about the actual skiing, but for part one we’ll concentrate on the area, the cabin, the access, and the prodigious amounts on mountain eye candy we saw while exploring the area.

During the mid-winter months, the cabin is accessed from Wolf Creek Pass via a 20 mile snowmobile ride, but in late winter (i.e. March 1st or so) the road is plowed to Summitville which makes the cabin only 3 miles from the trailhead. No matter what, you’ll want snowmobiles because that is what this hut is all about (unlike other huts where snowmobiles are specifically discouraged).

The area can be a bit confusing at first, since it consists of high meadows (or parks), which all look similar. Once you locate the rock formation that the cabin is named for, it all starts to come together. Once you’re at the cabin, you’ll probably want to spend some time snowmobiling around to figure out the lay of the land. Speaking of which, bring extra gas. 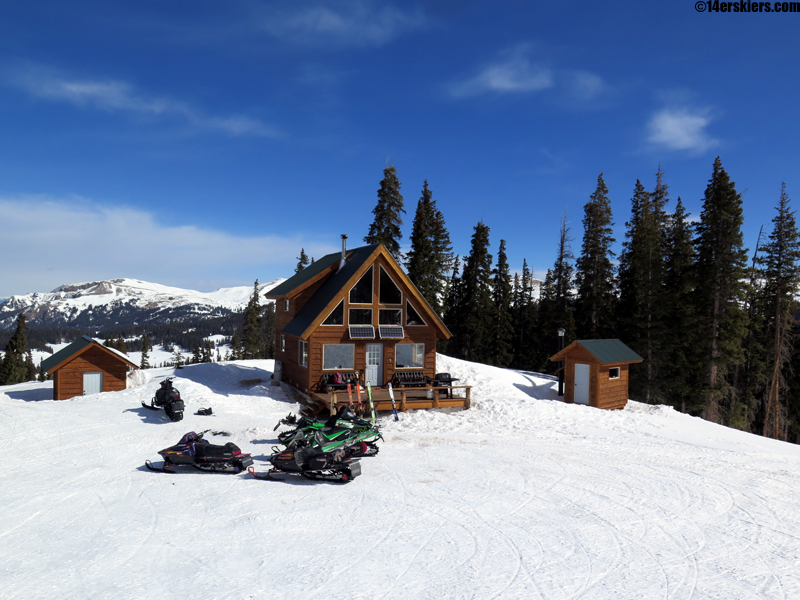 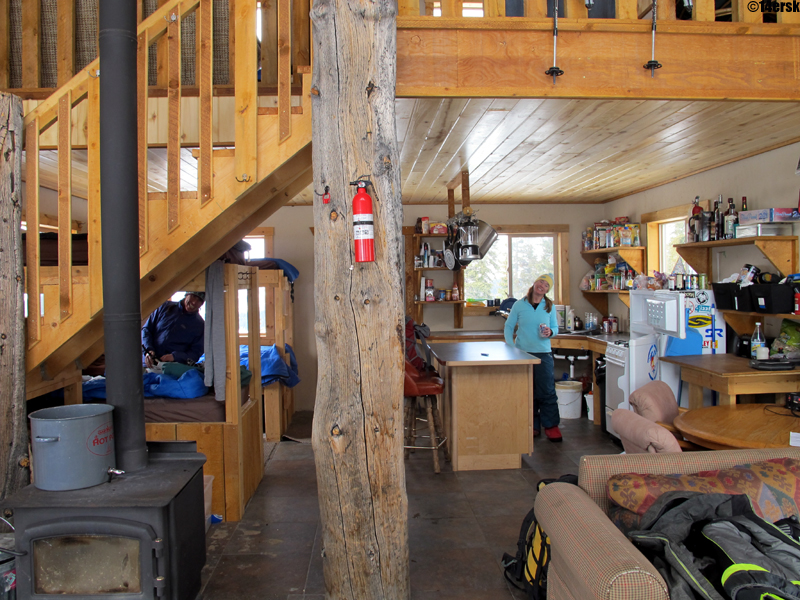 The more time I spent at the cabin, the more excited I was for the owners. The real estate agent in me could picture the hunt for this perfect mining claim, that wasn’t exposed to slides or situated on a steep hillside. The former builder in me pictured the design and building process. While we were there, it was quite windy, and yet we could barely tell. This isn’t some old drafty log cabin- this was built with highly efficient SIPs panels (I noticed the tell-tale crane holes on the panels). And of course the skier in me saw the vast potential of the area. 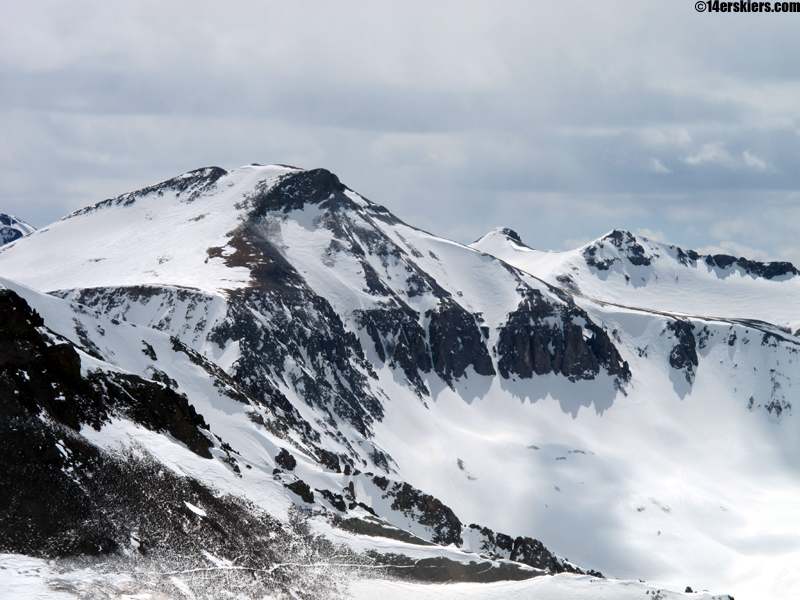 The Martini glass above would lead right to this short gem: 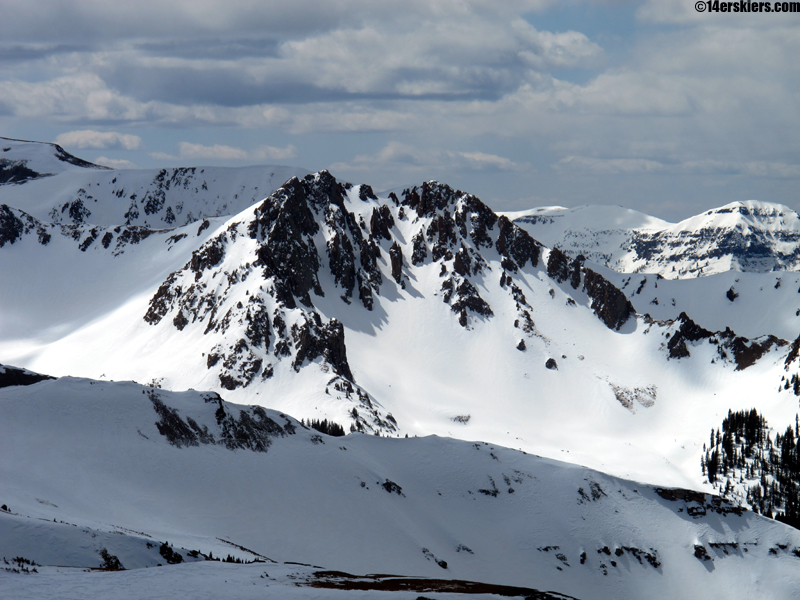 Which would lead to this amazing ridgeline full of opportunity: 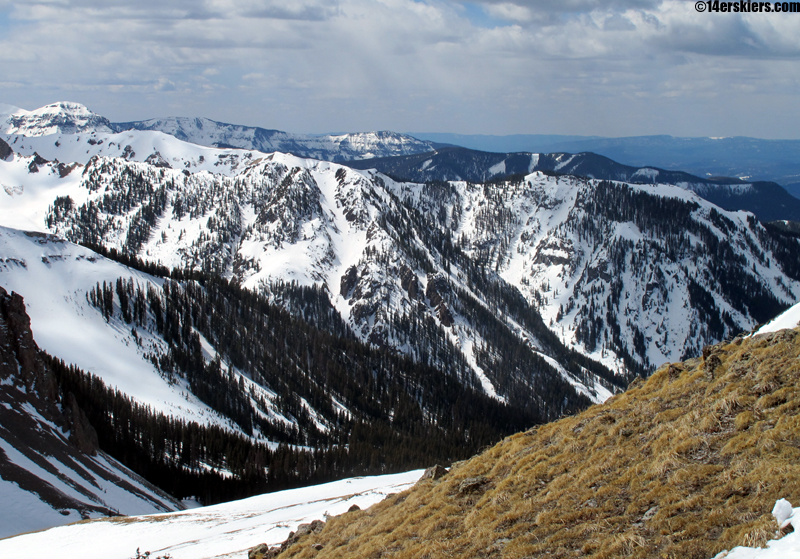 We stopped at the South San Juan Wilderness Boundary to take pictures of this South Facing terrain which looked like a fun climb/ski. 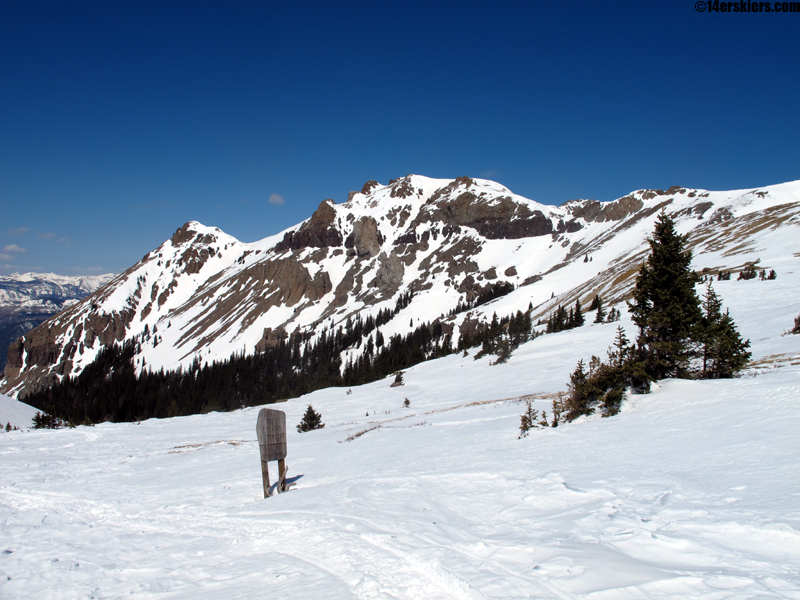 One more, which I was calling “Little Wasatch” from the Elwood Pass road: 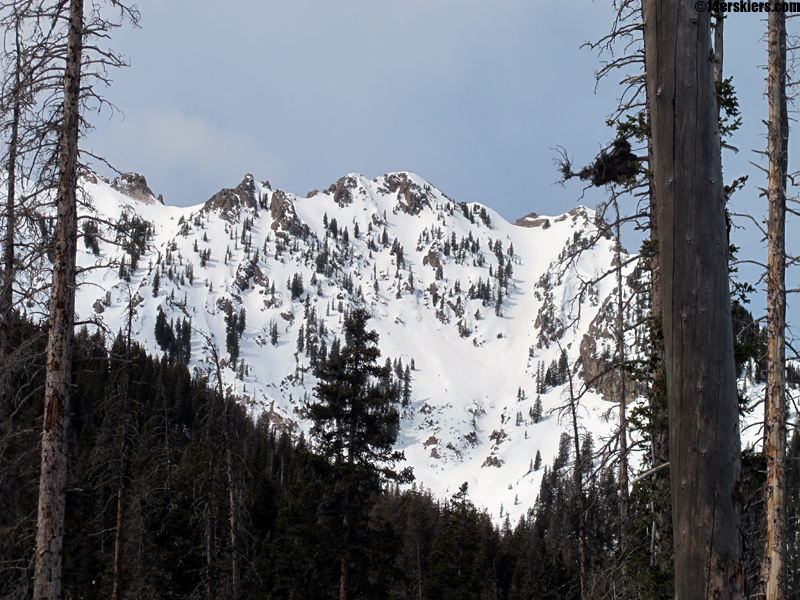 The photos above represent just a small sample of what is available at the Sheepshead Cabin. Best of all, much of it can be accessed or even shuttled with snowmobiles. In the 3 days that we were there, I put my skins on zero times, but I got a ton of skiing in. You can literally step into your bindings at the cabin, drop down ~1,500′ of tree skiing, and get picked up to do it all again. This is the best sled ski zone I’ve seen in Colorado, by a longshot.

While the cabin is near Wolf Creek, it doesn’t win the orographic lottery that Wolf Creek does, though more snow falls here than most Colorado locales. The cabin, as mentioned earlier, is very well built though I will suggest bringing a few extra lanterns as the lighting is marginal. The only other complaint would be the lack of a huge table for “family” dinners, but the only reason we were pointing out the shortcomings is because we were overall so excited about what these guys accomplished with their cabin. One other note: Our Verizon phones were getting good service (not sure if that is good or bad)

Until Part 2, enjoy the sunset: 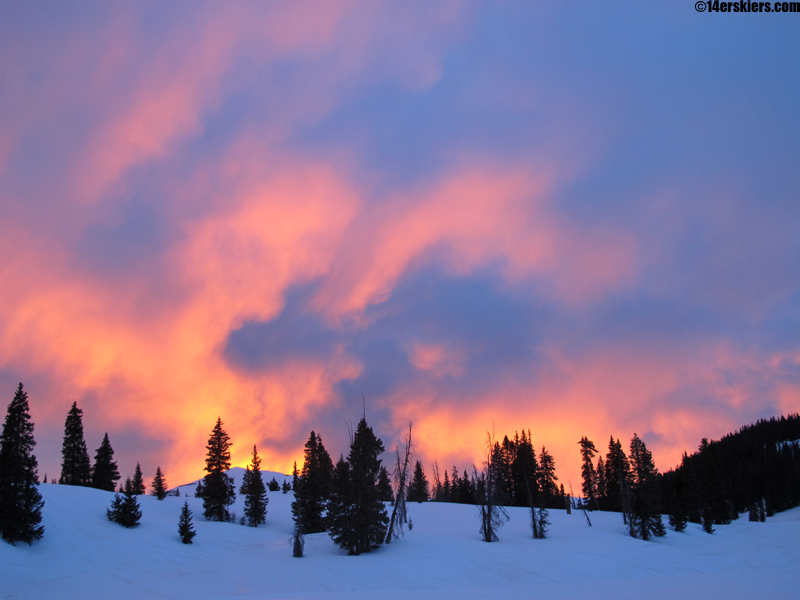