I don’t mind twintips. Really, I don’t. Going backwards can be fun from time to time, and who on earth doesn’t enjoy a good James Bond impersonation, smoke screening their friends behind them. But for the backcountry, twintips are downright annoying.

Take, for instance, a long bootpack up a couloir. It’s awfully nice to be able to take your pack off, jam the tails of your skis in the snow, and get whatever you need out of your backpack without the fear of bumping the pack and watching it ragdoll down the slope.

Skinning with twintips leaves a fair bit to be desired as well. The twintips seem to get caught up frequently, but what really annoys me is that I can’t use advanced techniques like the tail-stab switchback turn. (Or, for that matter, tail-stab down a slope in certain conditions. It rarely comes up, but it’s a nice tool to have). The tail stab in icy conditions on Pike’s Peak:

Yet another tail-stab technique which is nice to have in the backcountry involves getting the skis on on a steep slope- anchoring the tails is a great method to use in this scenario. Can’t do that with twins.

There are other reasons why flat tails are advantageous in the backcountry- certain snow pit tests, for instance, anchoring guy lines on a tent, or holding the tail of your skins. Quite a few backcountry-oriented lineups, like K2’s backside, exclusively use flat tails for these reasons.

I purchased my Elan Pogo Stix as a backcountry skis for 2 reasons- I liked the dimensions but more importantly I liked the price. I bought them knowing the twintips were going to be somewhat of a hassle. Well, I reached the point where I decided enough was enough and it was time to change the ski- by cutting those twintips off.

Step one, mark the skis: 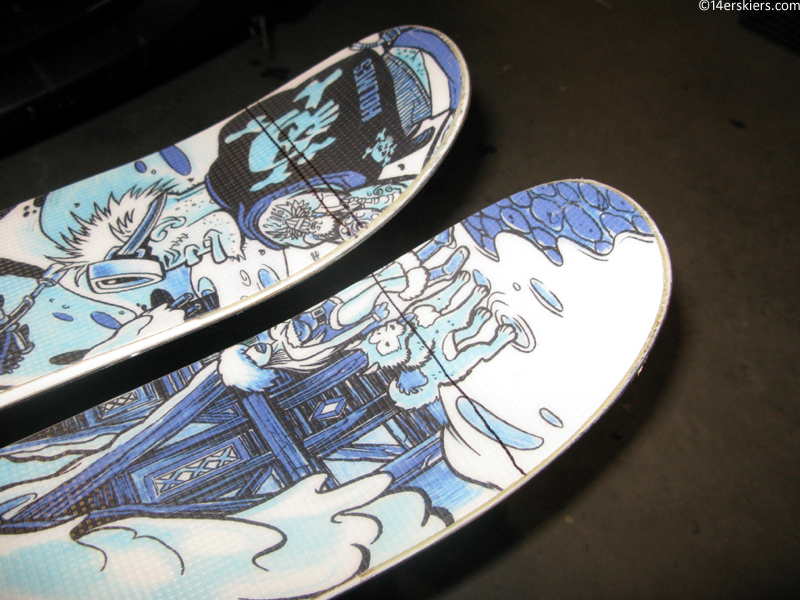 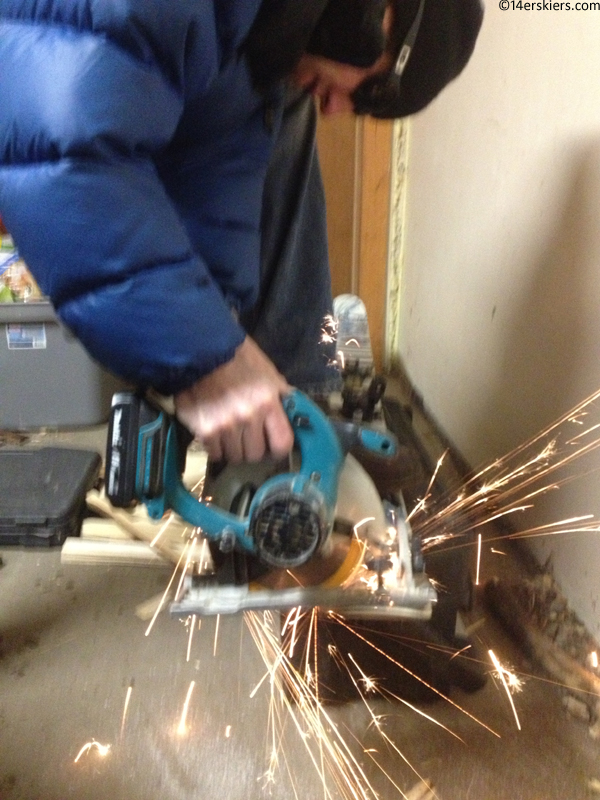 Step 3, done. (Actually I’m going to put a little bit of epoxy on them just in case.) 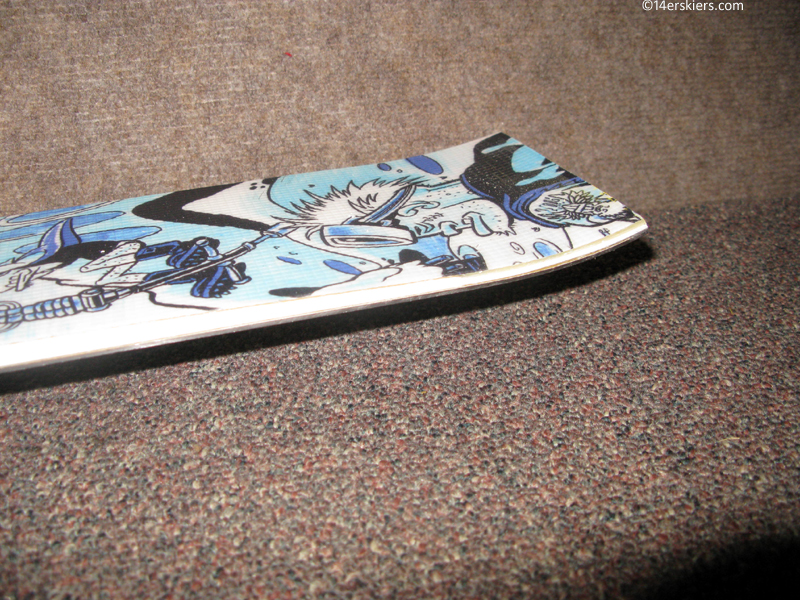 I was using a friend’s diamond sawblade (that he uses to make splitboards), but a regular hacksaw would probably work just as well. I’m pretty sure my main regret will be not doing this sooner.

Bonus core points if you do this while wearing Carhartt’s:

2 thoughts on “Better Skis… Through Sawblades”