After consecutive days on Pyramid, Sopris, and Ruby chute (TR hopefully coming soon), Brittany and I were joined by Tom Runcie and we set our sights on “Little Alaska”. Little Alaska is an informal name given by Marble-area skiers for the group of peaks in the upper Yule Creek valley which are quite impressive from the Marble zone. Lou has a great panorama shot of the area on Wildsnow. For Crested Butte skiers, there is an all-too-brief period when this zone is easily accessible via snowmobile once the snow is set up enough for both traction and avalanche stability. On my previous trips to ski “The Blob” and “Ant“, the weather hadn’t been overly cooperative and I had to settle for some low-visibility ski descents, but thankfully that wasn’t the case on this near-perfect day.

So often on my snowmobile, I’m reminded of “Oh, The Places You’ll Go!” by Dr. Seuss. I really love my snowmobile. Best piece of ski gear I own. Tom:

As has been the case on many of our adventures, our friends were with us in spirit. We miss you Alison K.

One of the tough things about backcountry skiing for so long in one place (15years in Crested butte for me) is that it is getting increasingly difficult to find new lines and new challenges close to home. On the other hand, I have spent very little time on the West side of the Ruby Range, and it looks like I should change that:

If only access to the bells and Pyramid wasn’t such a pain from Crested Butte:

Same for Precarious and Cathedral:

While we wanted to ski the North face directly off the summit, concerns about the cornices and snow beneath them led us to a short ski of the West face and a traverse back to the North face. The snow was recycled and rippled of a powder-like character. In other words, excellent. Frank dropping off the summit to the West:

Brittany on the compacted West side:

Frank on the North: 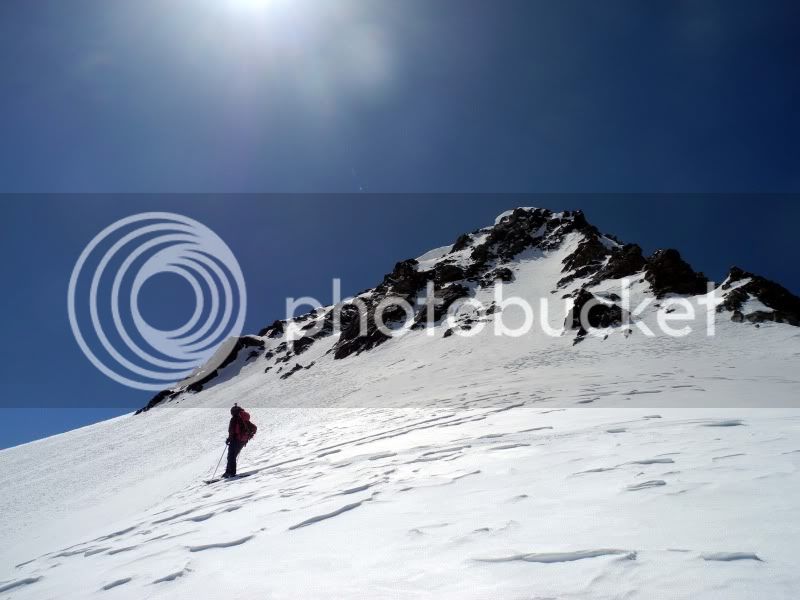 The Blob in the background:

Brittany near the bottom, with Ant behind:

Tom gazes up at “Little AK”. 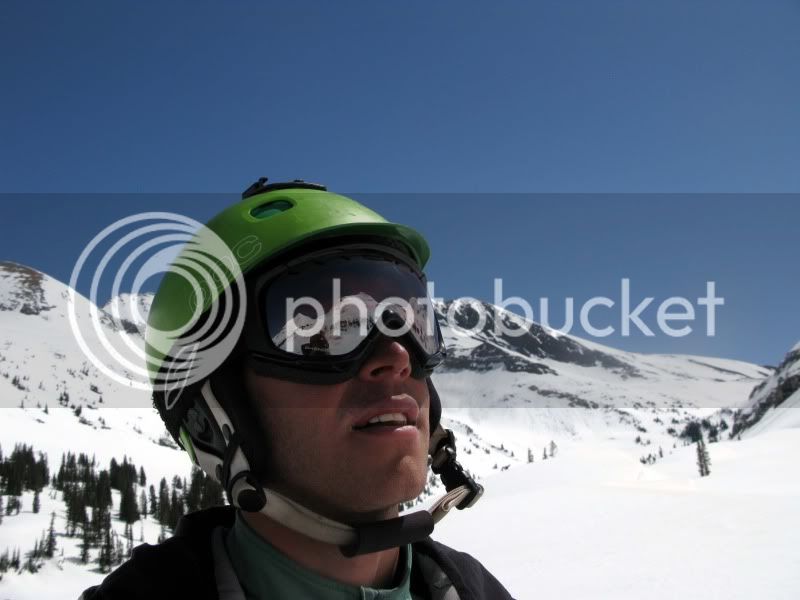 While the weather forecast was calling for very warm temps, the reality on the snow was a fairly cool and windy day, so rather than call it quits we decided to head up Treasure Mountain, a massive mountain and the highest in the area at 13,528′. A full descent of the North side of the peak through Bear Basin all the way to the townsite of Crystal 4,000’+ below remains high on my list. The climb up the South side was a bit of a slog, but the views were worth it. Capitol:

And a peak that’s right at the top of my list, but won’t name out of respect for some local landowners:

Even though it was now well into the afternoon, the SW faces of Treasure were still frozen solid. More Easterly exposures were a bit wet, but still good skiing. Brittany out in front:

Tom in front of The Blob and Nipple:

Looking down Yule Creek and Ant:

All that was left now was another ascent of Purple Mountain. The light got amazing near the summit:

Brittany, with Treasure behind. Our tracks are barely visible on the left of the left bowl:

Tom brings it home down Purple’s South face to the sleds. Nearly perfect around 5pm: 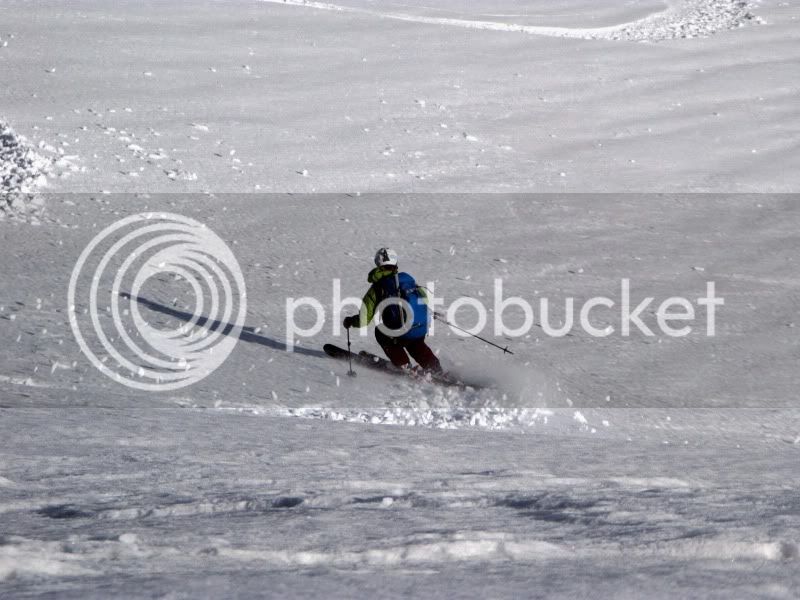 Yeah Brittany, we just did that. Somewhere around 5,500′ of vert skied and 10 miles or so. Great day! 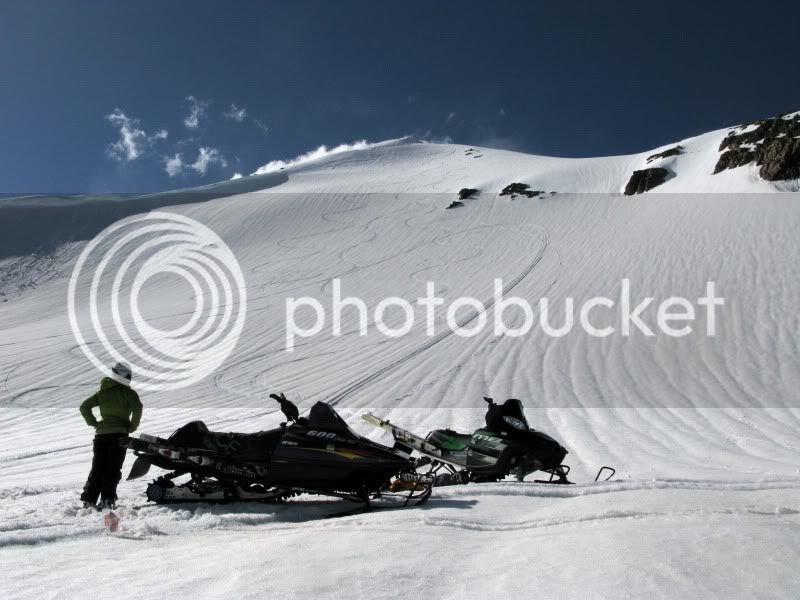 Support 14erskiers and yourself. Get Free Shipping over $45 at Altrec Outdoors