This is another 14er that I never got around to doing a proper TR for back in ’06. Back then, I didn’t have a digital camera so Jeremy Wegner took all of these photos with a throwaway camera.

The San Juans really didn’t have a great season in ’05-’06. For many years, I have wanted to ski the NE face of Wilson Peak, which is the same face seen in Coors commercials:

Being a native of Golden, CO in the shadow of the Coors Brewery, this face had special significance for me. Still, I hadn’t quite made it down there to give it a go. I wasn’t expecting much in ’06 either until Chris Davenport and crew skied there during his 14er project. A wet springtime storm managed to plaster the high peaks and they were in surprisingly good shape. After viewing his TR, Jeremy and I headed down there along with Luke Shaffner to see if we could ski some, or even all three peaks of the Wilson Group ourselves.

We were able to get close to the summer trailhead, where we camped out in a really nice area that even had firewood ready to go for us. We got off to an early start and made our way on foot and skis towards the Rock of Ages saddle. Luke was having issues with his gear and we ended up taking a long time getting to the saddle. We decided that we were going too slow to ski anything other than Wilson Peak, so we headed up the ridge from there. In the summer, the main route actually traverses towards the ridge that separates Wilson Peak and Gladstone, but we headed directly up the SW ridge. 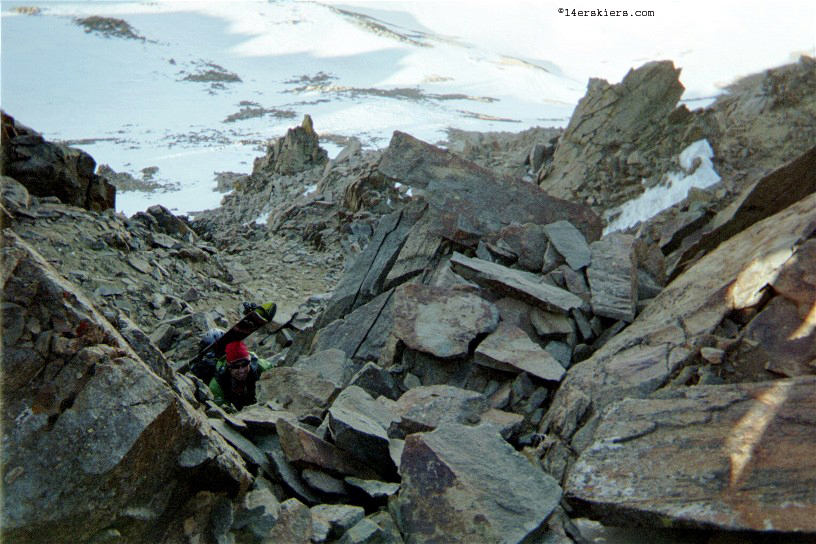 This route was quite difficult, especially in ski boots, so we eventually cut our losses and traversed over to the south side of Wilson. Our fun wasn’t over yet, though, because we summited the false summit and still had a steep downclimb before we could finish our ascent. The downclimb: 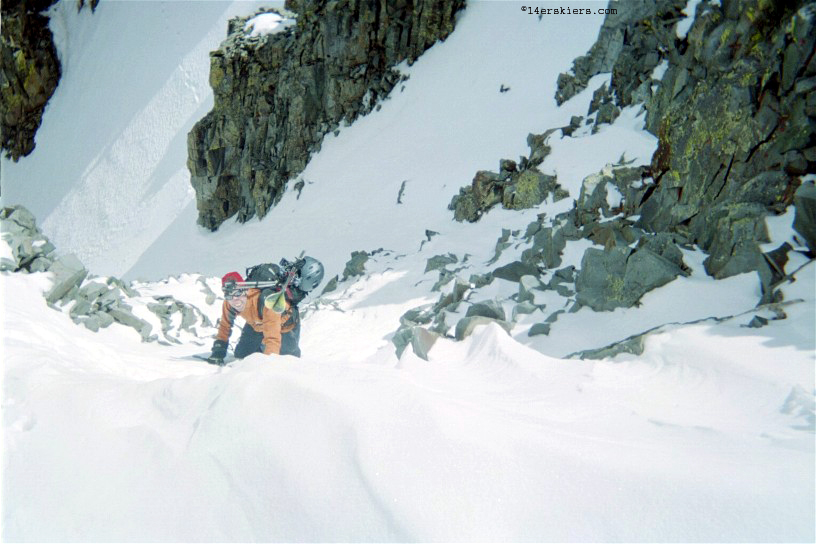 And the final push to the summit:

We stayed on the summit for a while and then began our descent on the steep face below. Jeremy got to lead, since it was his 30th birthday. Usually an alpiner these days, Jeremy was dropping the knee on his teles that day: 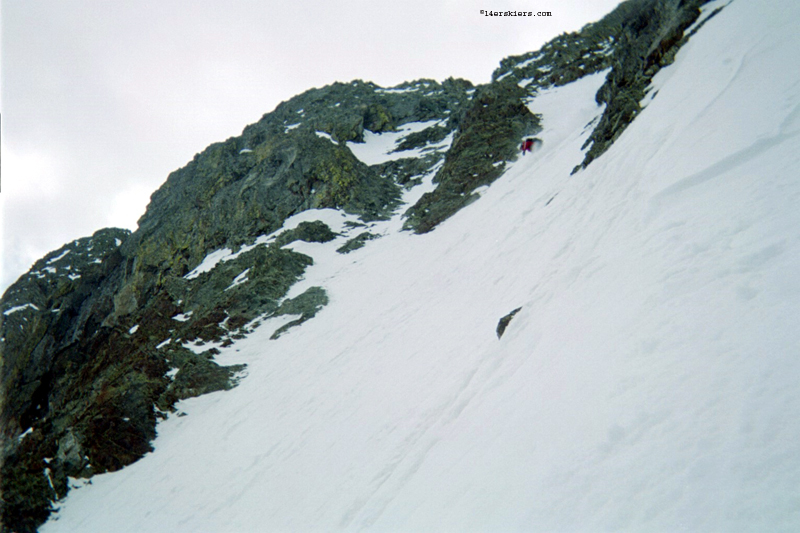 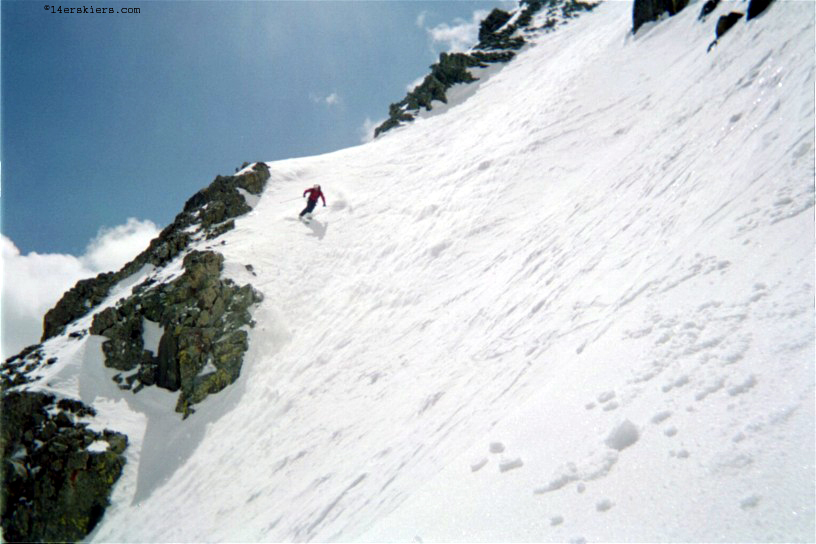 The face is a little complicated, and we were careful not to descend one of the couloirs that dead-end. A look back at the face: 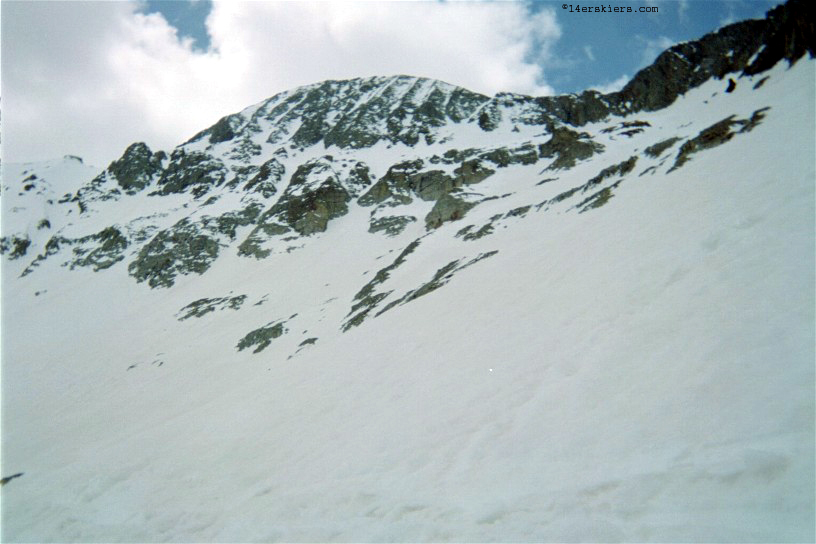 From the bottom of the face we made the long traverse back towards the road and our truck. Luke had made his way down a prominent couloir above the rock of ages saddle, and we were able to meet up with him again at the trailhead. This classic route in Telluride’s backyard is well worth the trip and ranks as one of the better 14er descents, in my opinion.