There are two types of backcountry skiers out there- those who ski for the conditions, and those who ski for the line. OK, actually there are a lot more than that, but for this article, let’s say there are only two. So who is a line skier, and who is a conditions skier. Well, ask yourself this: Would you rather ski a 32 degree nondescript glade in powder, or a highly aesthetic alpine line in mixed conditions? If it’s the latter, you’re a rare breed- the line skier. I’m a line skier. (Yes, I know that in many circumstances, you can have your cake and eat it too, but in CO, the choice all too often boils down to snow or line.)

Our original plan was to drop down the highly-aesthetic West facing side of the Ruby range. But the more I thought about it, the more I decided that conditions were going to be both sun and wind affected, and I switched teams- I wanted to ski powder in May. Not that what we skied wasn’t aesthetic: 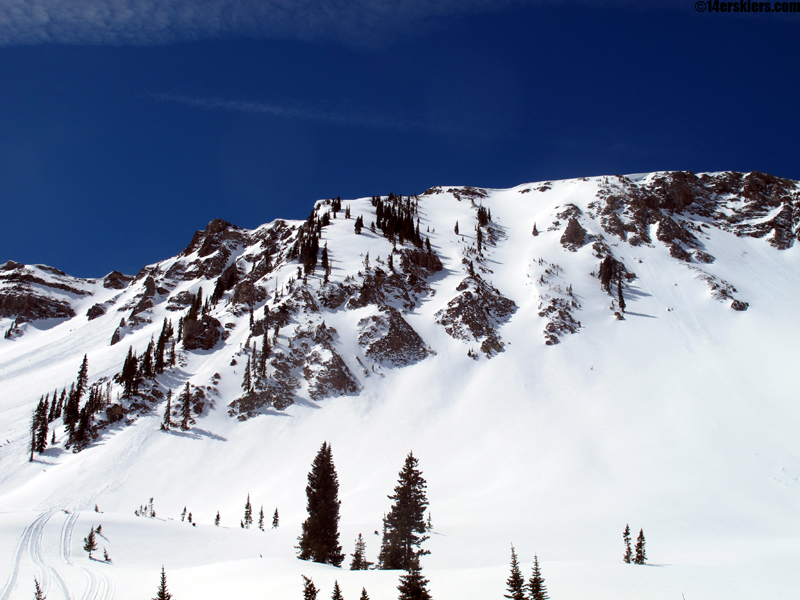 Like I said, there is nothing unaesthetic about this area- it’s just a bit smaller and skied more often that other areas we like to ski. But it sure is fun. You park the snowmobiles right there and watch your friends ski down- it’s almost like skiing in a comp. In any case, we found ourselves up top, with a great view of the southern half of the Ruby range: 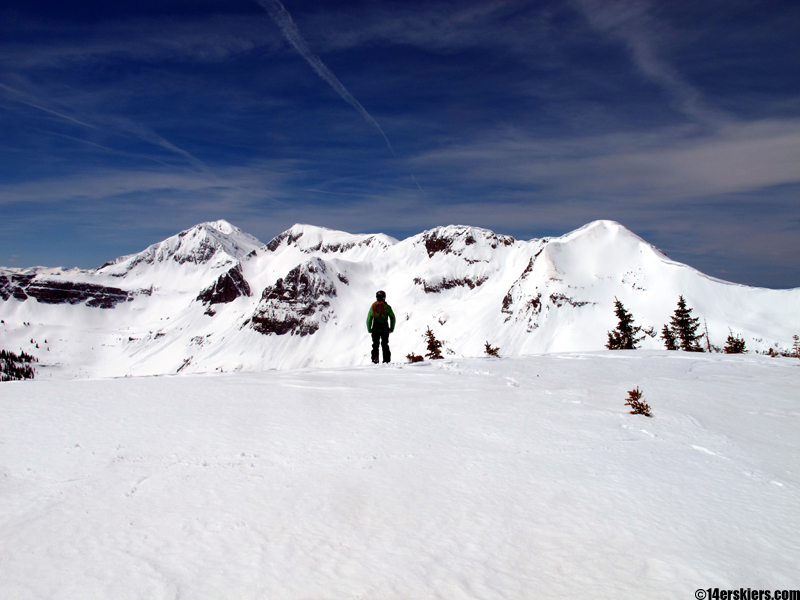 Conditions were as good as they can be- perfect springtime powder. Pete even took some air into his line: 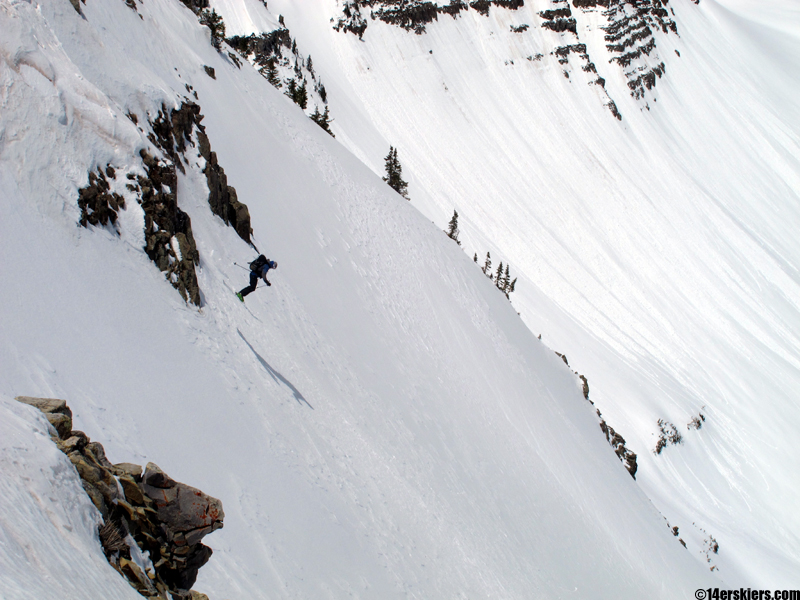 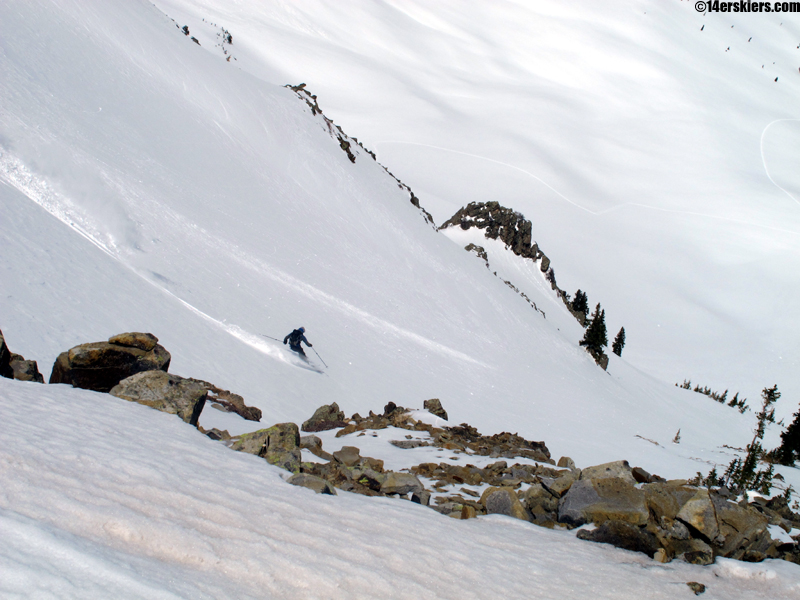 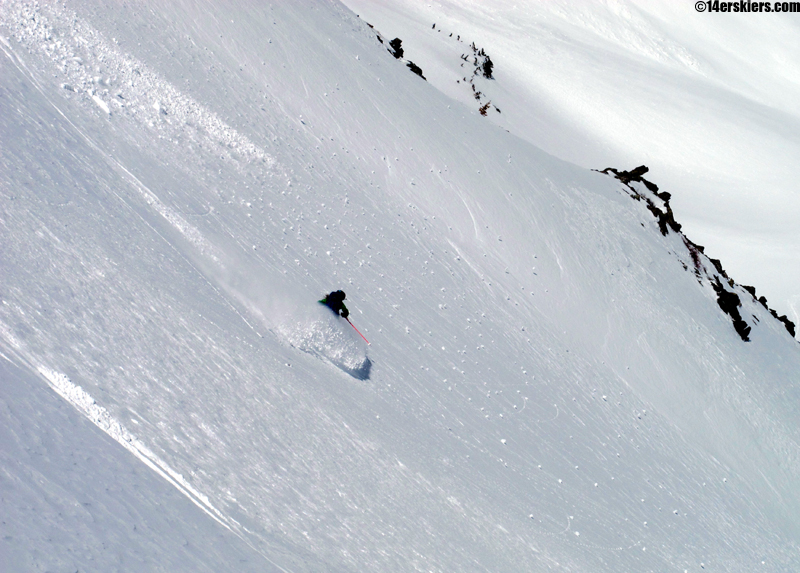 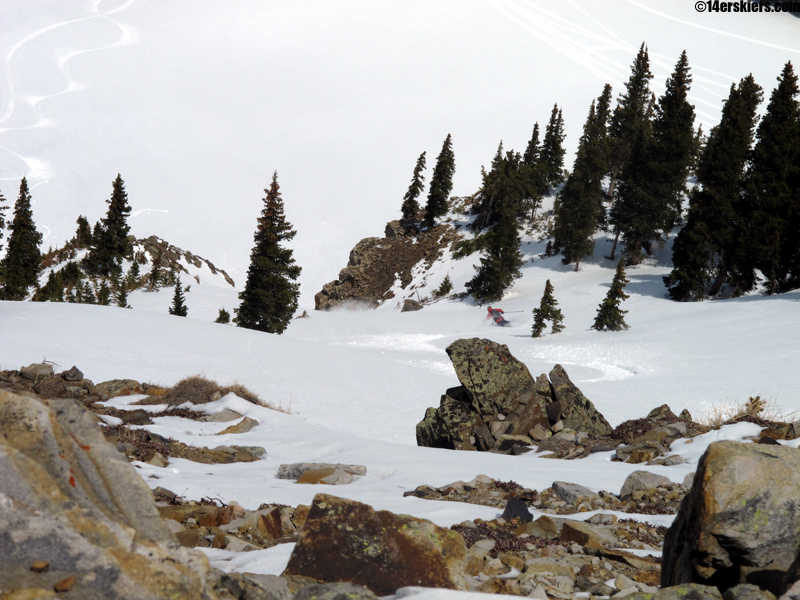 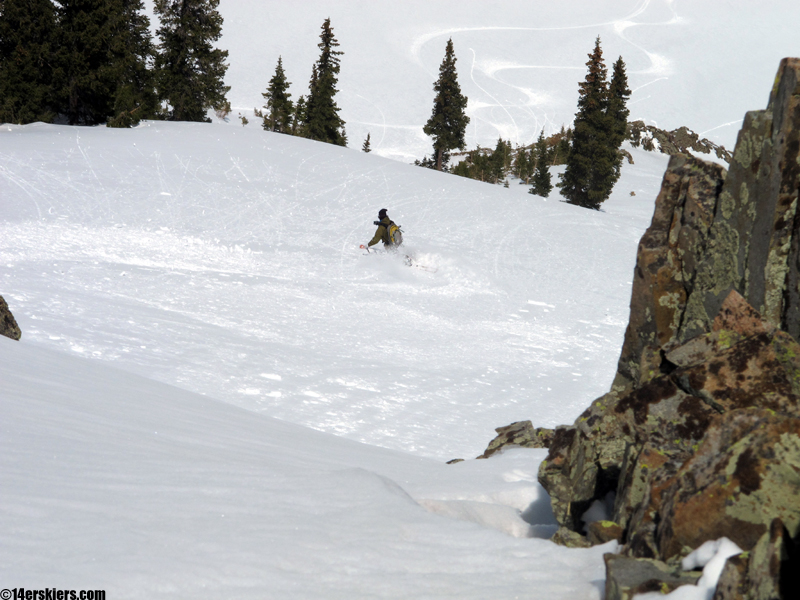 Being a shorter zone, we obviously went back up for a second lap. There were still some unskied lines, and I needed a redemption run, having missed the bottom half of my run. Ben Furimsky: 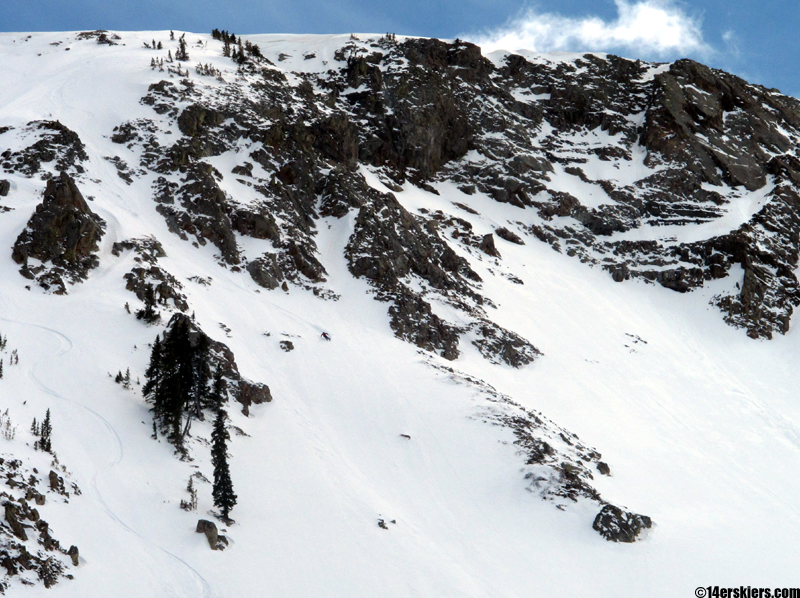 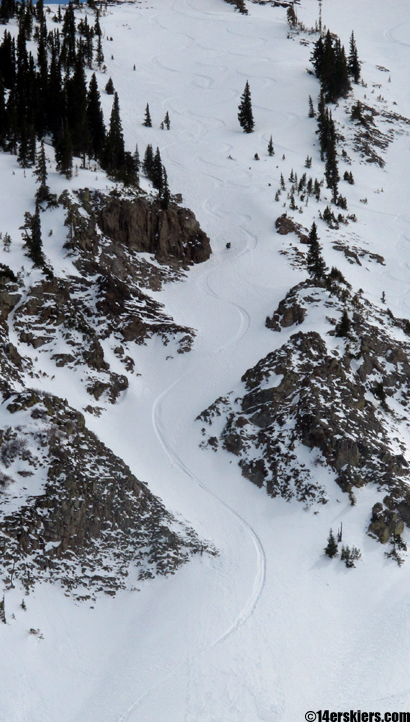 Pete. Did I mention conditions were perfect, especially for going fast? 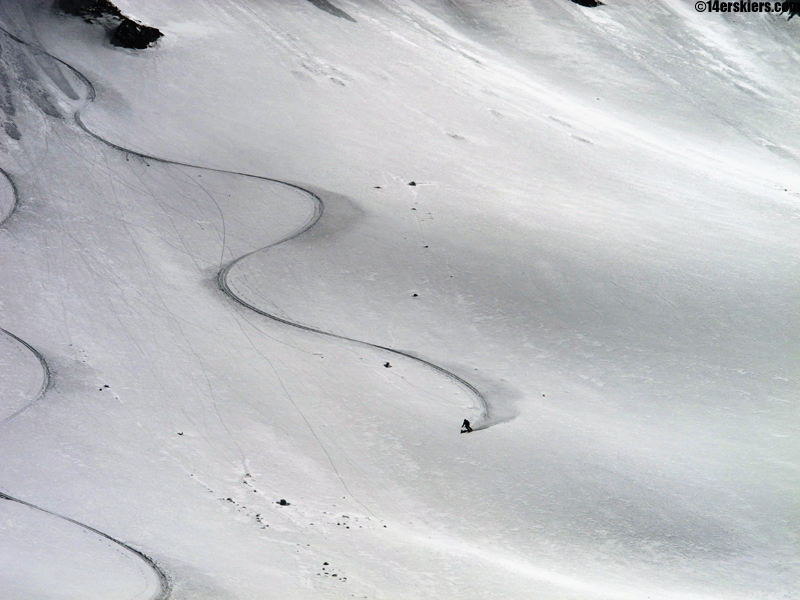 By the time we were done, the face was looking just as nice, but in a different way than when we first got there. It was a good day to ski for the conditions. 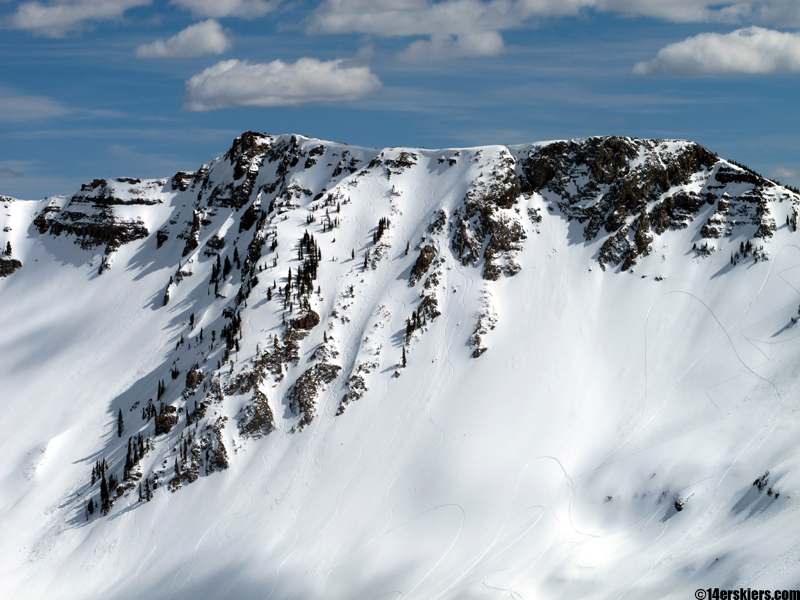 4 thoughts on “Skiing for the Conditions in the Crested Butte Backcountry. 5.2.14”