After an amazing day on King Solomon, Jarrett threw out some more ideas and we eventually settled on touring around Round mountain and descending the North face of Kendall Peak. Kendall Mountain is the big massif that towers over Silverton, but the slightly higher peak actually hides behind it. The bottom half of the routes up and down, with Round Mountain in the center: 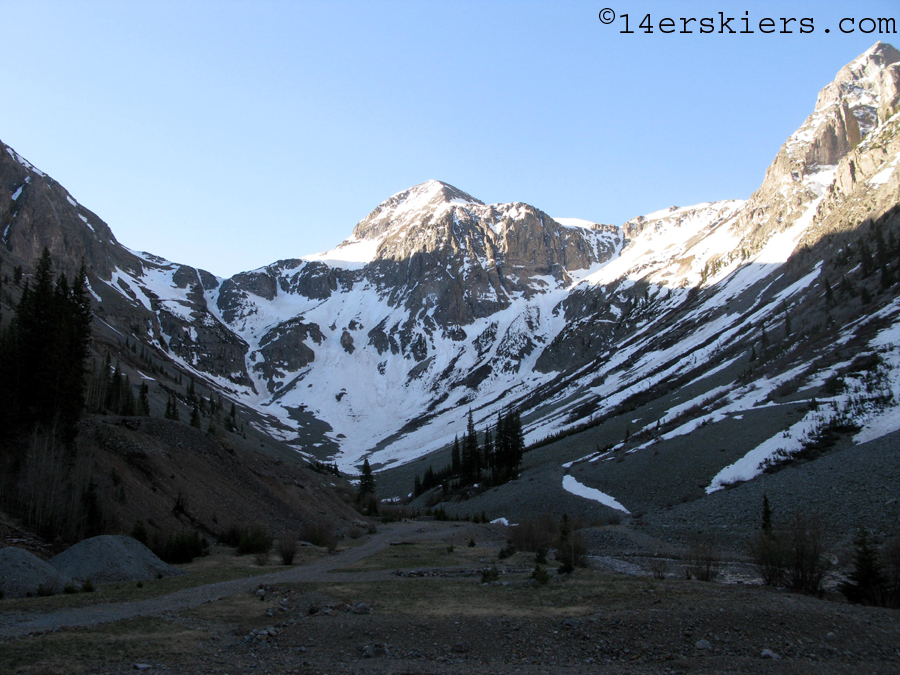 As with most of the Silverton area, mining ruins were everywhere. This would make a great tower for a chairlift, wouldn’t it? 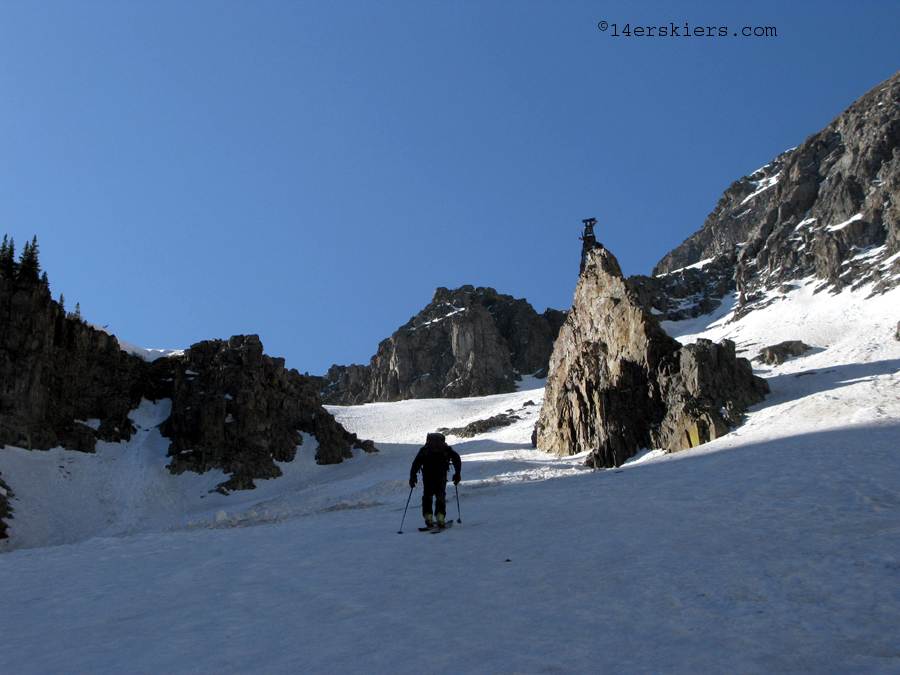 I suffered a setback early in the day- the heel throw on one of my crampons had apparently snapped the last time I took them off. I almost turned around right then and there, but some duct tape and a Voile strap made it fairly functional and solid. Still, it wasn’t confidence inspiring on steep terrain, like this steep ice filled couloir that Jarrett and his friend Pete climbed up: 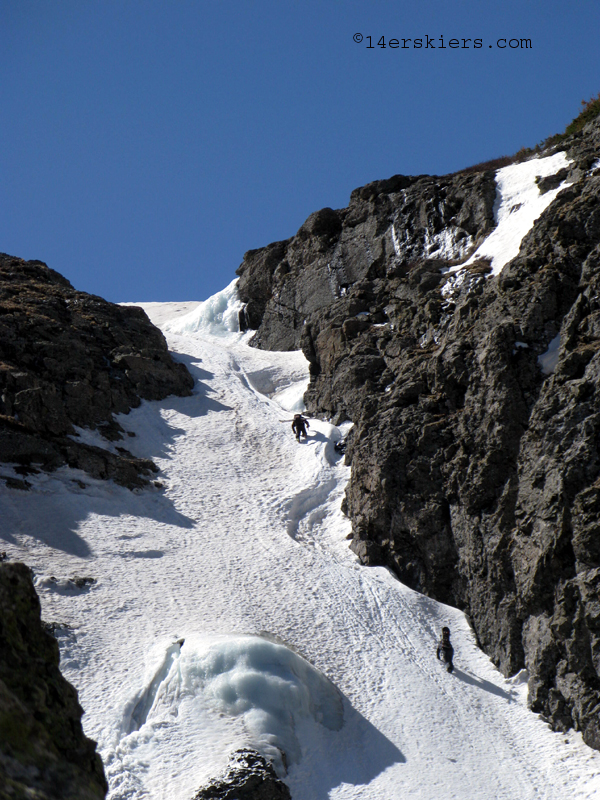 I opted for a short rock scramble to an easier snowfield, and Brittany came with me, not wanting me to go by myself. Even that route was somewhat steep: 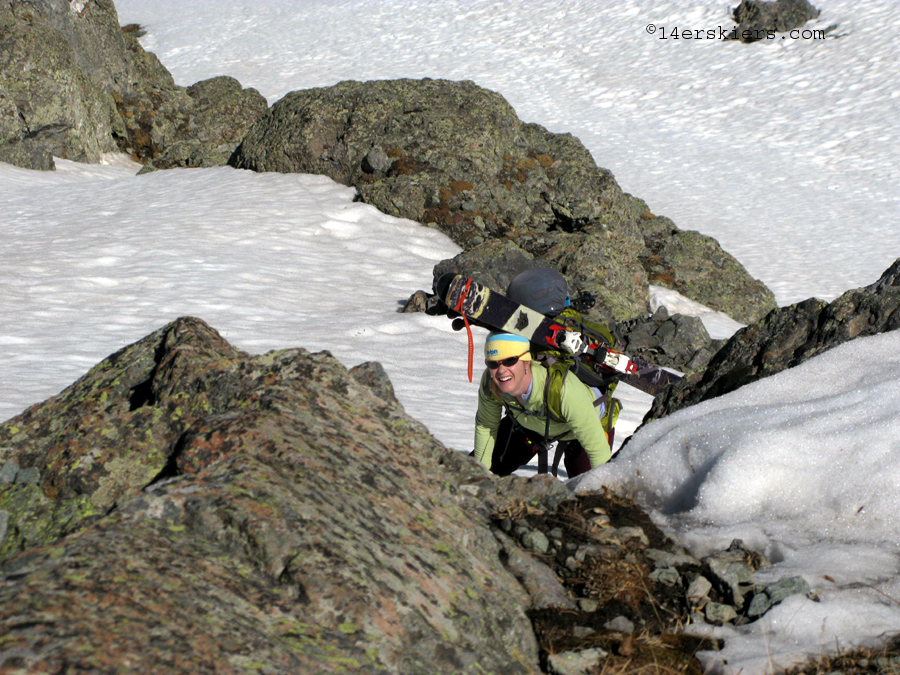 My crampon rig survived, and we were now in big, beautiful Arrastra basin. Skinning here was straightforward, and we passed some well-preserved mines along the way. I took so many photos of the mines here, I’ll do another blog entry on them soon. 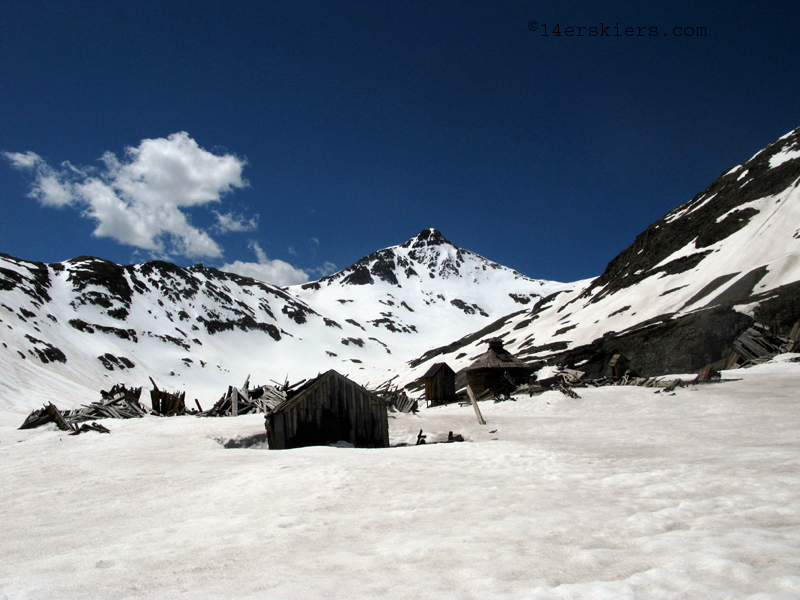 We eventually reached the summit ridge and switched over to booting. Big, bad Pigeon Peak is behind Brittany: 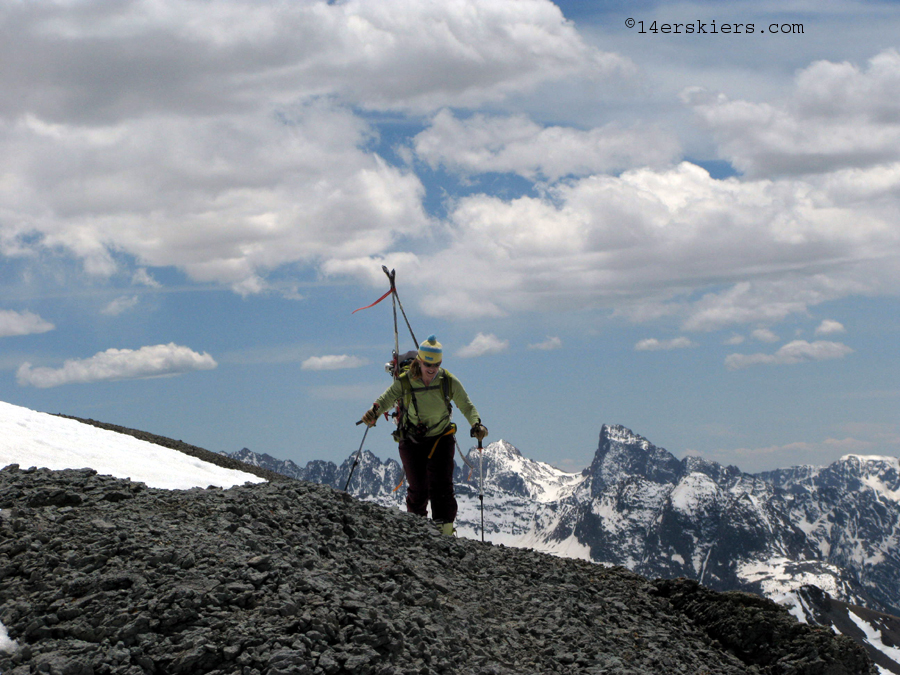 Much like we found on King Solomon, the snow on this steep North face was still rippled, recycled powder- basically hero snow that was highly edgeable while also sloughing. It doesn’t get any better- in May or any other month. Jarrett drops in: 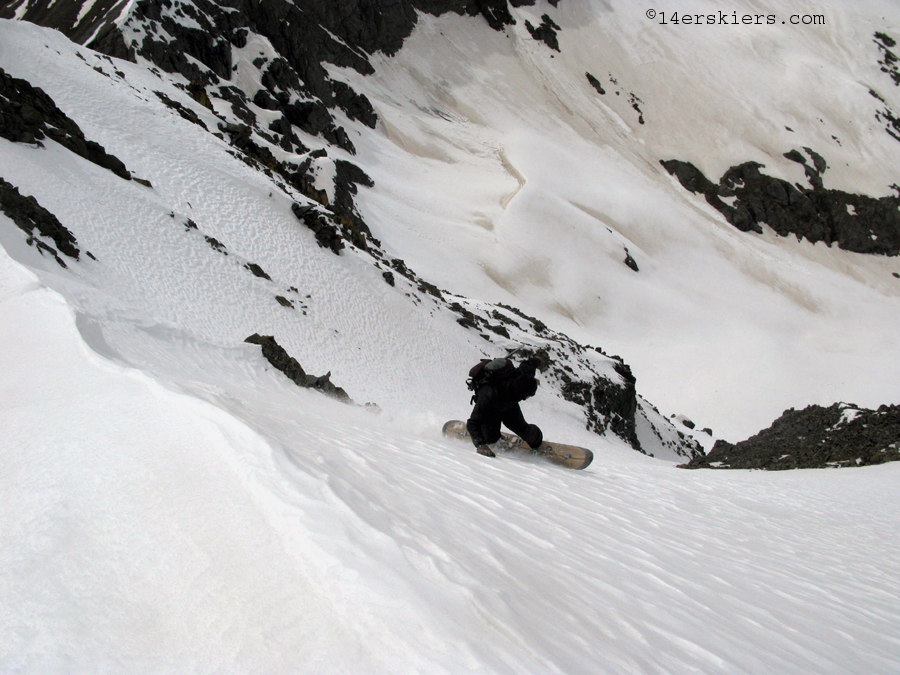 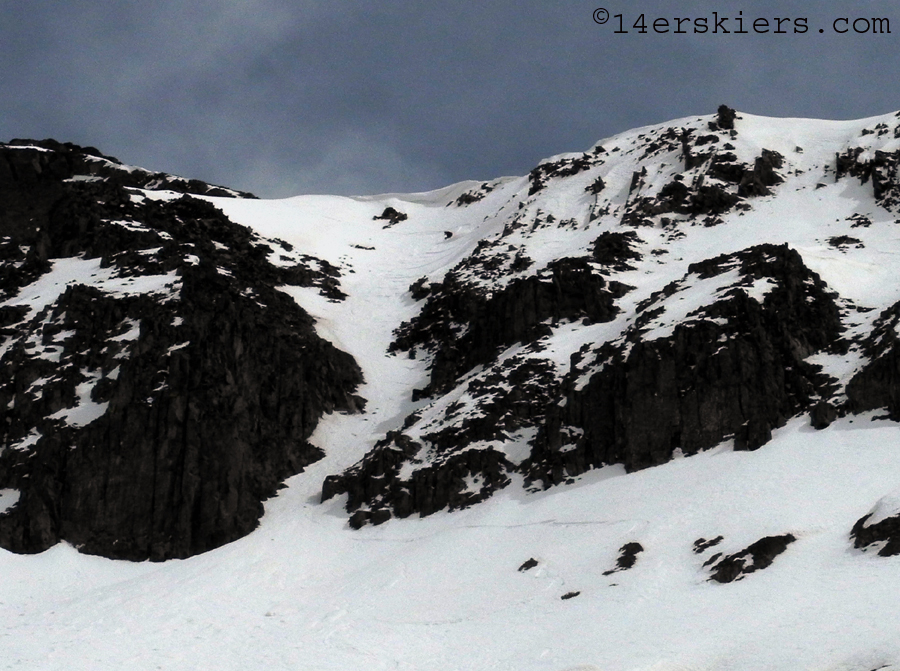 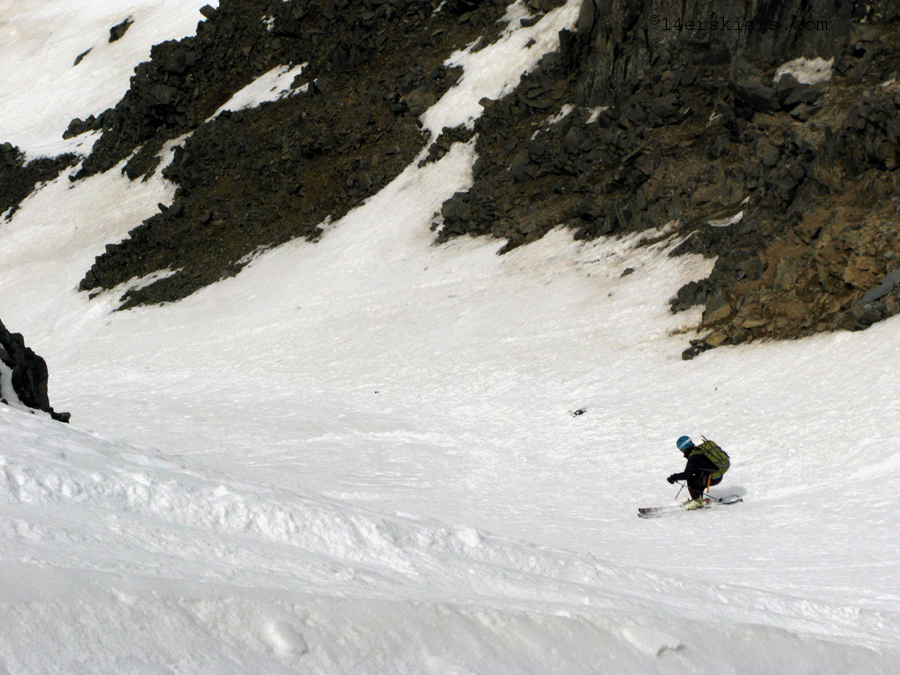 Looking back at the multiple options on Kendall Peak. Our lines are hidden to the right. 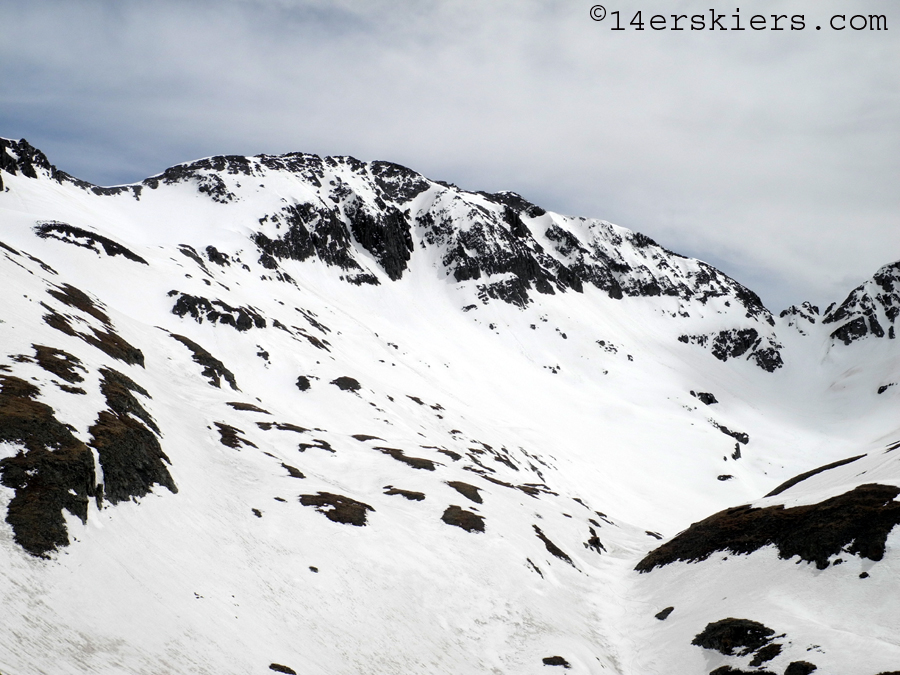 After the summit pitch, we still had a nice basin ski to descend to the final headwall. Jarrett: 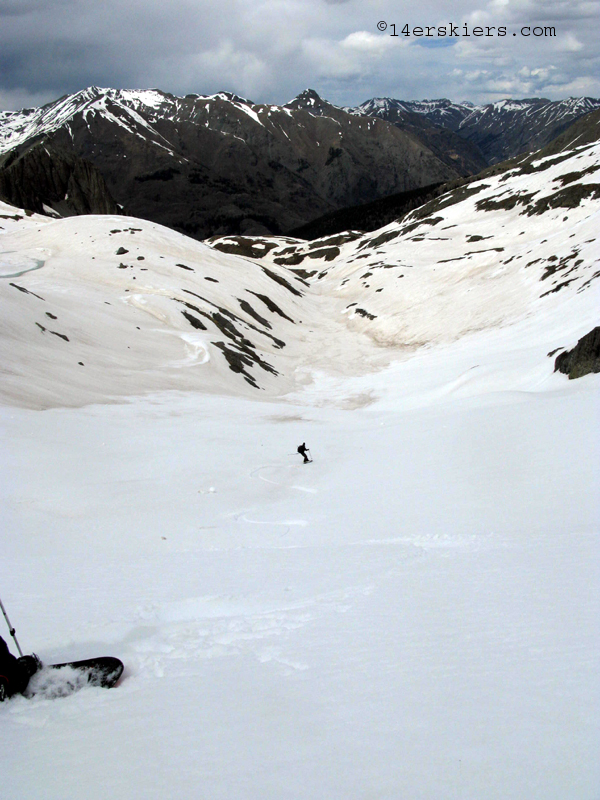 Brittany enters the steep, aesthetic lower couloir. This time, it was corn, not powder: 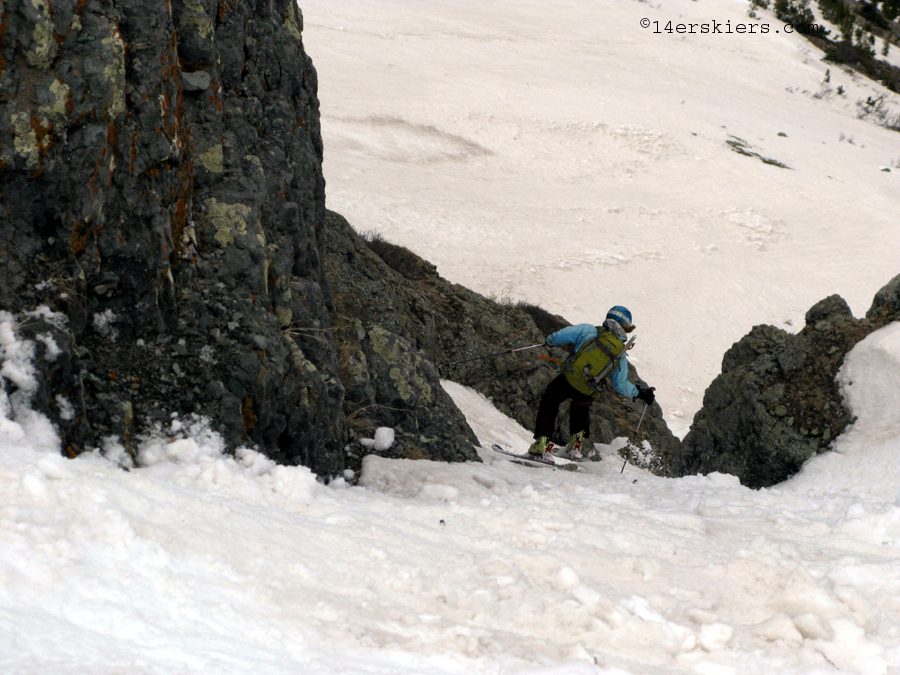 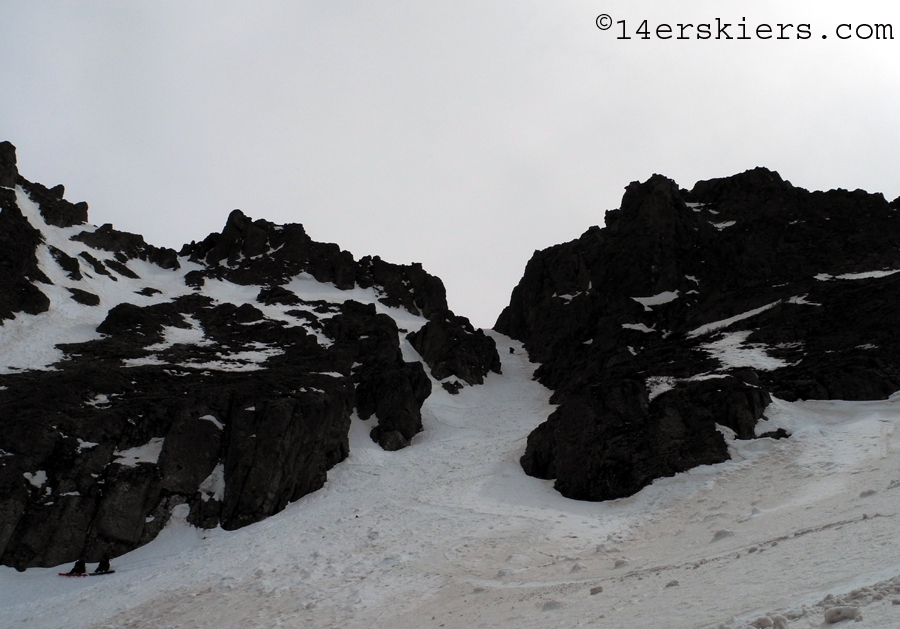 After notching two quality descents, both around 3,000′, in May of one of the worst snow years in decades, it goes without saying that Silverton impressed. We’ll be back, possibly even for one last hurrah this spring.