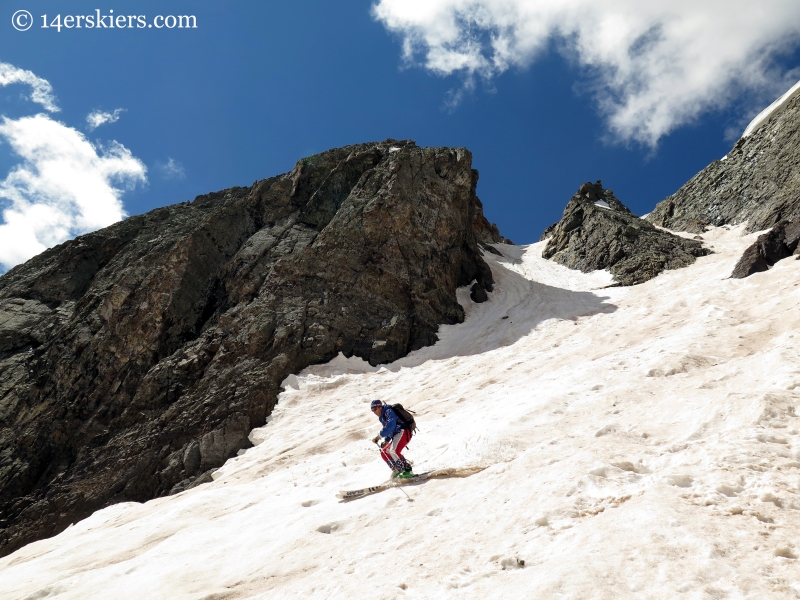 As spring evolved and snowstorm after snowstorm kept engulfing our mountains, I knew that our ski season was going to be pretty long. Skiing in June was great due to generally colder than normal temperatures which kept the snow nice and smooth. Even though flowers were sprouting and the trails were good, I still kept wanting to ski. Why? Why not? It was good, after all 😉

For weeks, I’d had it planned to ski on 4th of July. My plans were almost thwarted when I split open my toe only 2 days before. Yeah, I tripped on the sidewalk. And as I laid there all sprawled out across the cement, I could feel the blood oozing out of my toe and all I could think of was, “Oh no. But, I have to ski in two days!”

As I shoved my hiking boots on over my throbbing toe on the morning before our ski, I nearly cried. I hoped it would go numb eventually. Thankfully, for the most part, it did….

I rounded up a handful of ski crazers like myself – Frank, Susan, Jenny & Ben. We began our hike from Paradise Divide, following the Yule Pass Road until the saddle between Cinnamon and Treasury. Jen & me. 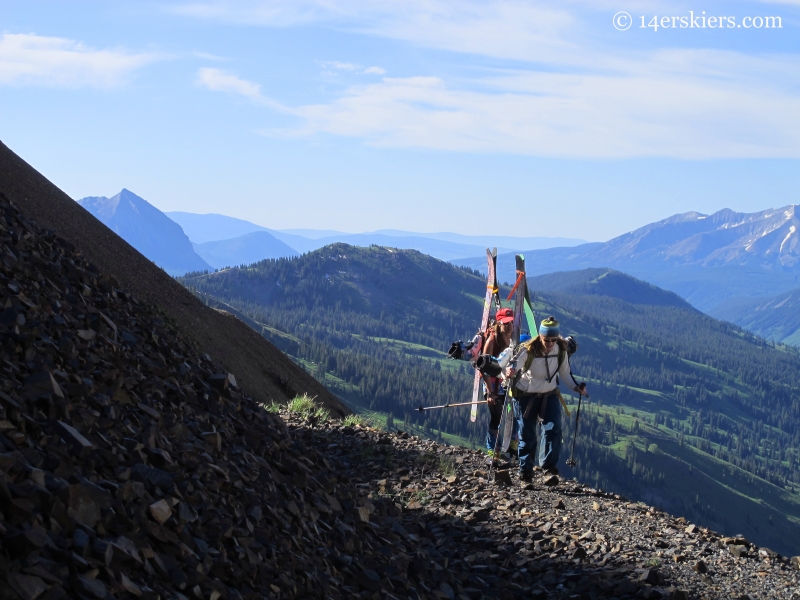 From there, we began following the ridge – Frank, Jenny, & Susan. 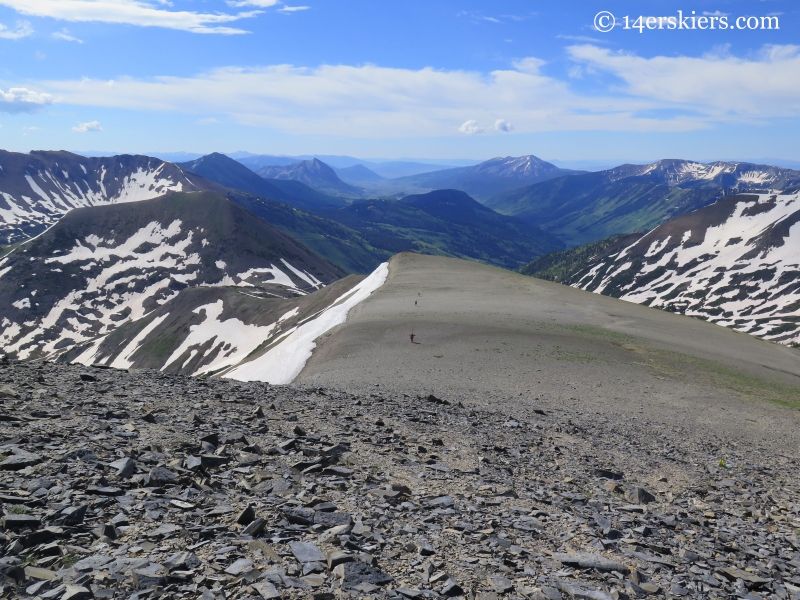 Not too far to the top now…. 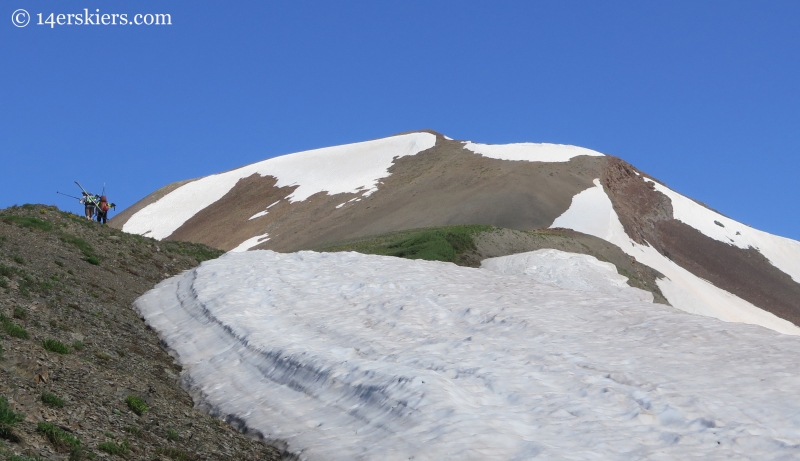 We were there to ski the Wine Bottle Couloirs, and both looked very good. So, the antics began. Susan, Jenny, Ben, and Frank. 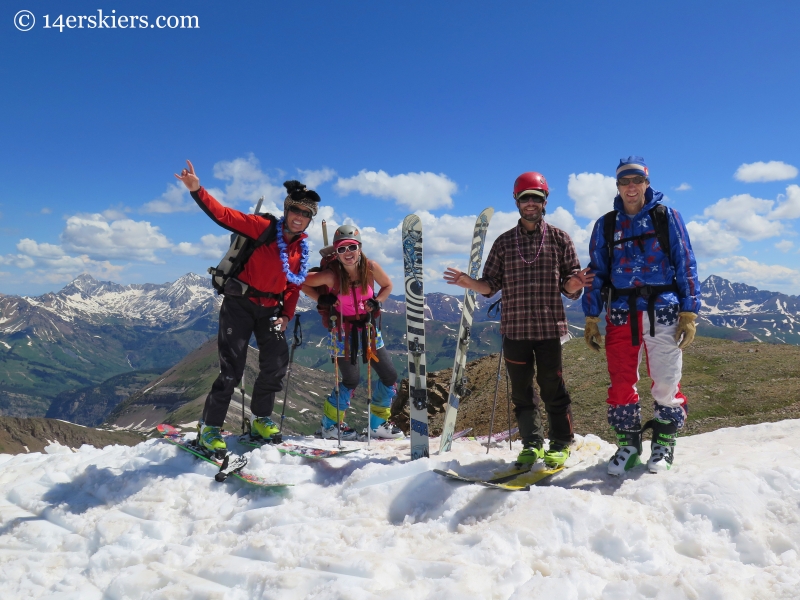 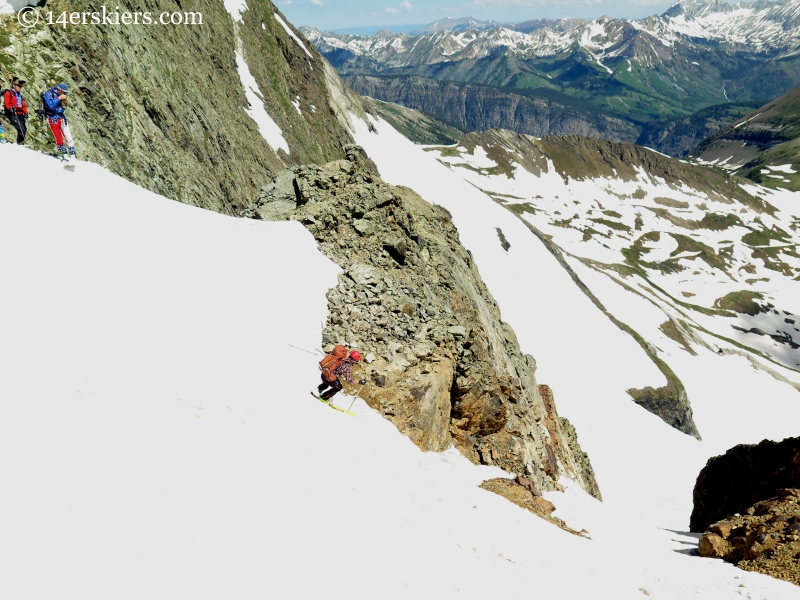 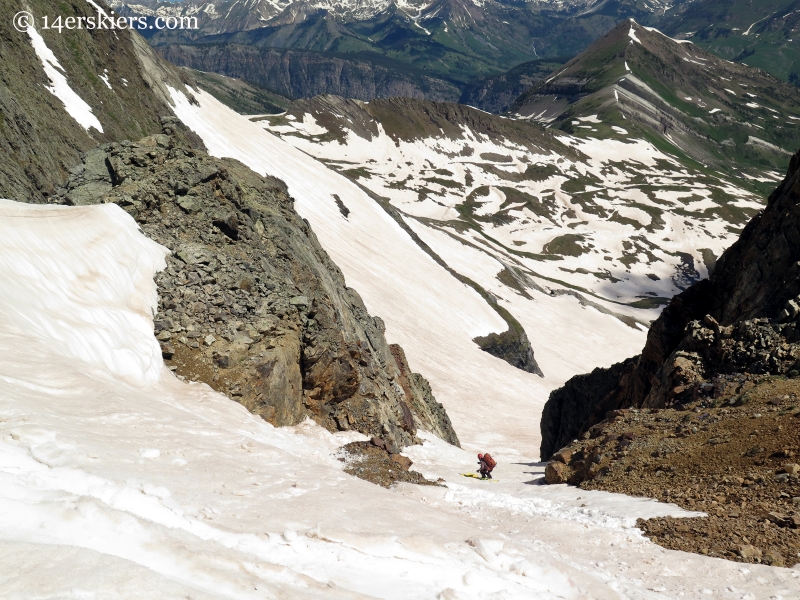 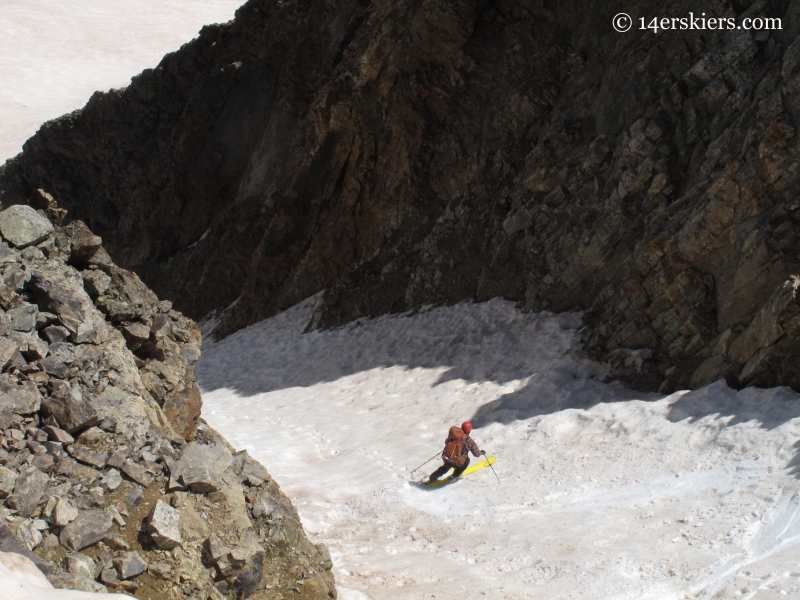 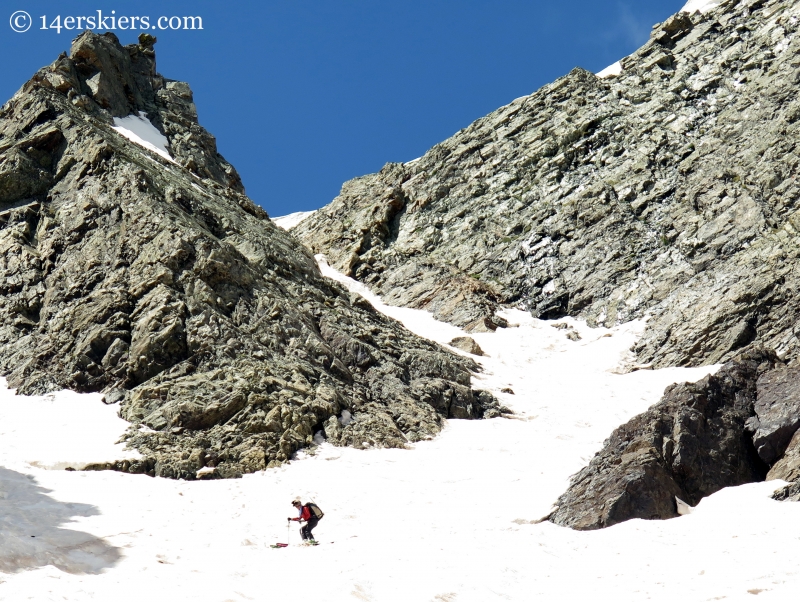 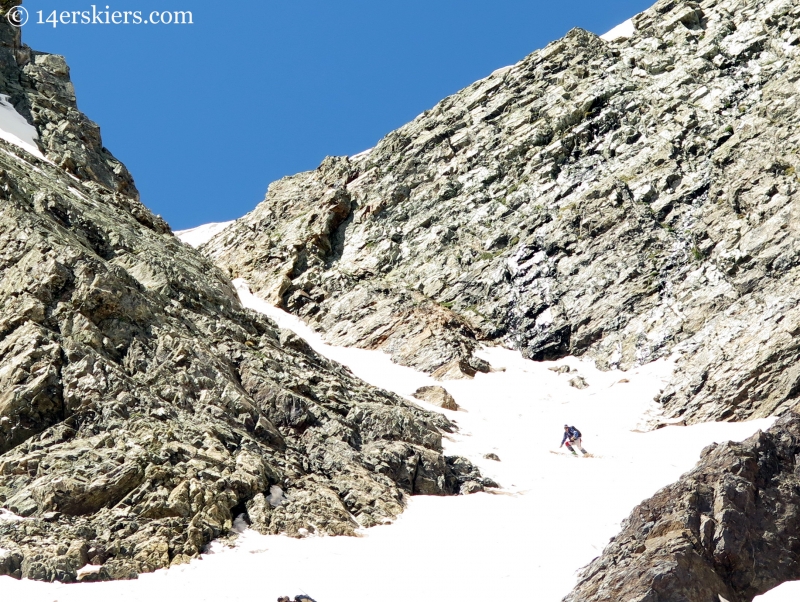 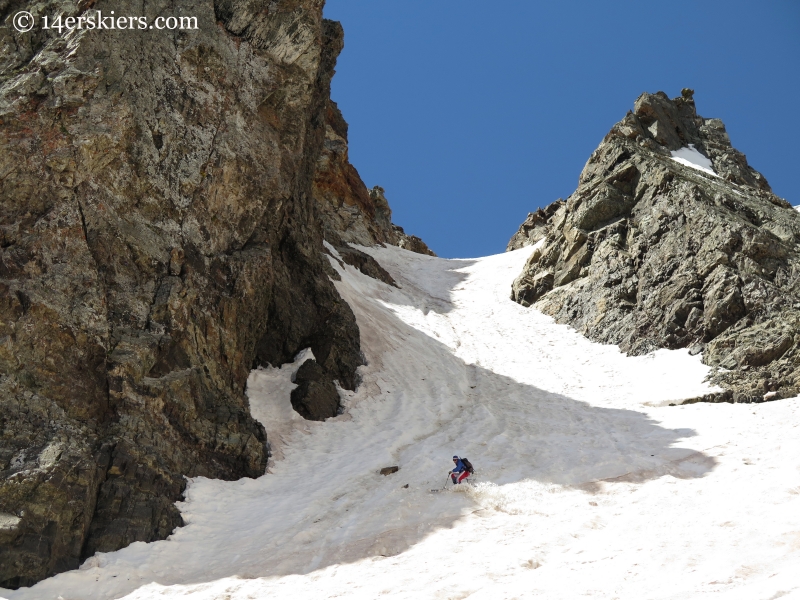 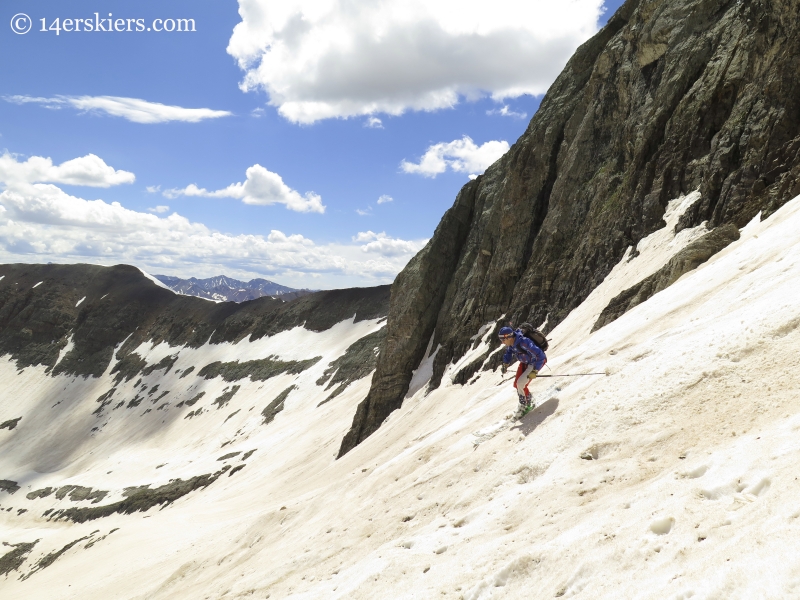 After skiing down a ways, we stopped and began climbing diagonally back up to a ridge where we could make even more turns. Otherwise, the route out would be very long and cross over private property. Hiking back up for about 30 minutes, seemed like a much better option. Jenny and Frank on top of the second climb.

This is what we were here to ski on our second run – as seen from our first climb. Plenty of snow left! 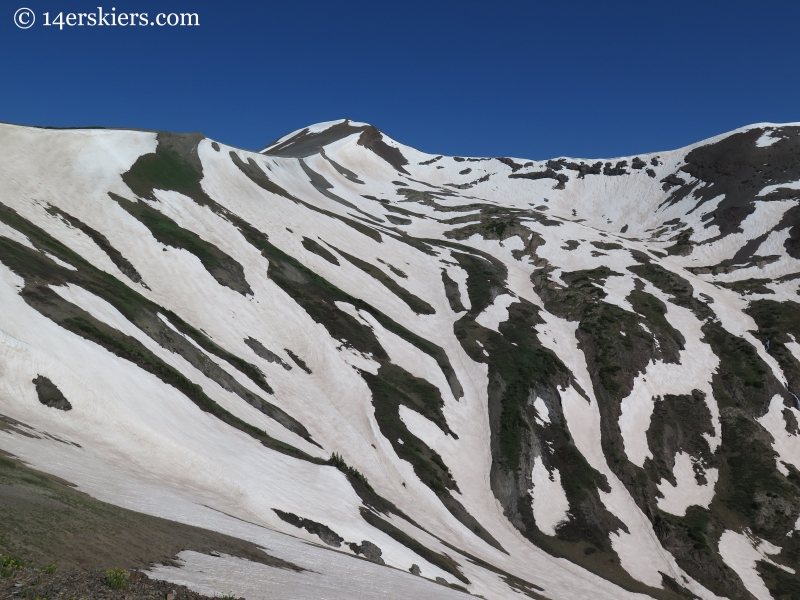 Frank dropping in for our second run of the day. 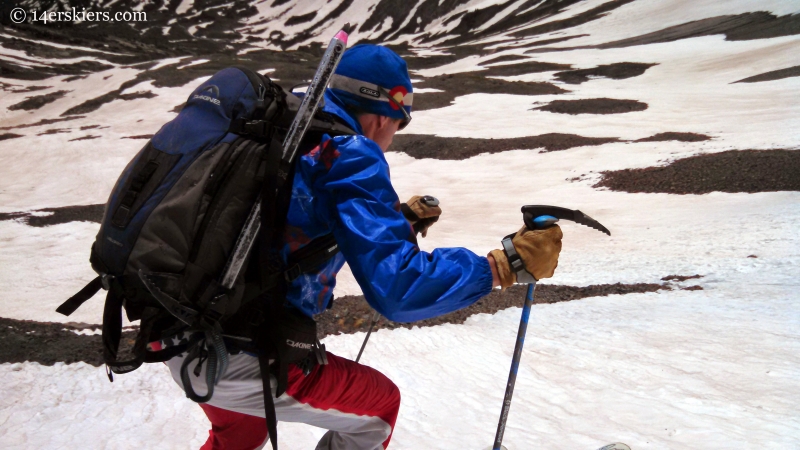 We had a long run before us – especially for July. 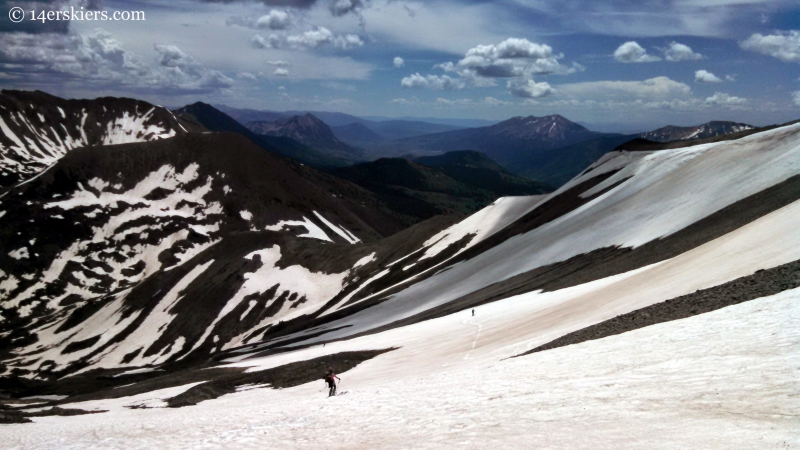 The turns were quite good. Me. 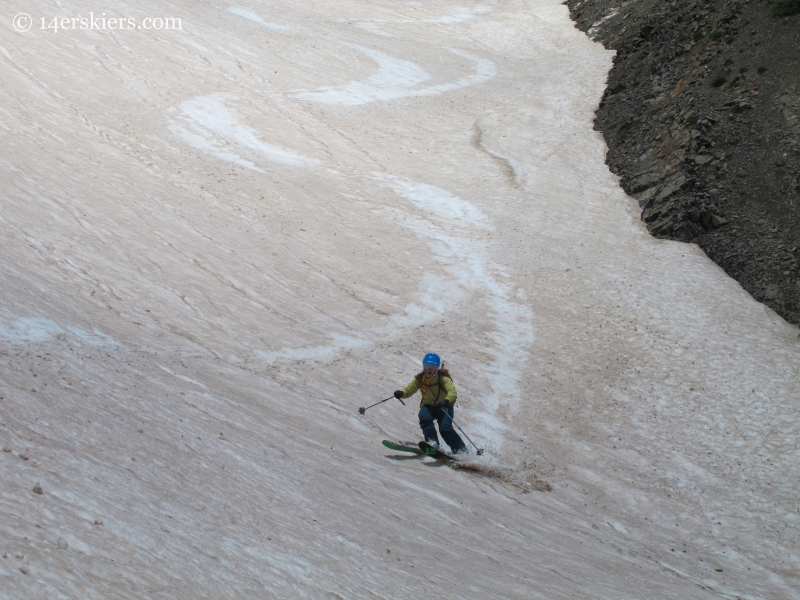 A look back up at most of our ski line. But, we still had more to go! 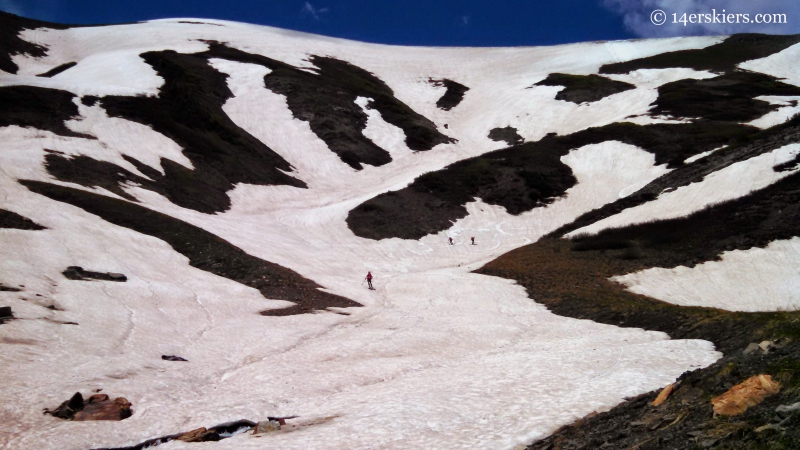 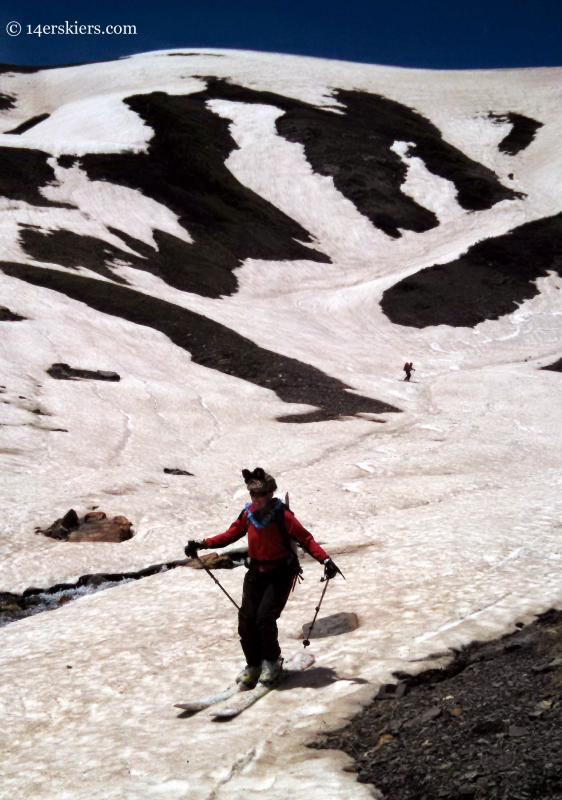 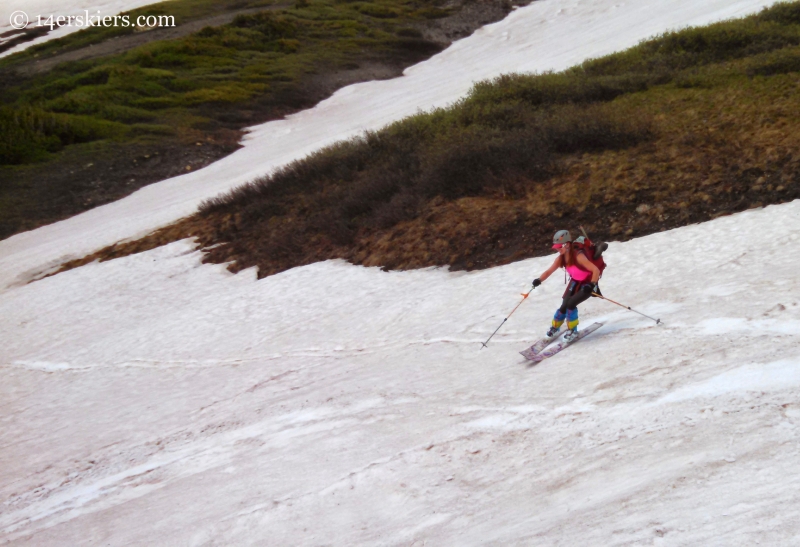 And then the snow ran out. Frank likes the grass….

We climbed back up to the saddle and over to the road, back to the car only 5 leisurely hours after we started. As we rolled back in to town, we were so thankful that we had escaped the insane crowds that surrounded town for the holiday weekend – if only for a little while. None of us had ever seen that many people in Crested Butte before.

We like to end our ski season on a good note. And our 4th of July ski will likely be the way we end it. 134 days for me, and that’s a record. I’m already dreaming about next ski season. But, there’s still plenty of summer left to enjoy first 🙂