In recent years, I try my best to save my first bike ride of the year for June. It’s not that I’m anti-riding. It’s just that I’m even more pro skiing. Back in my mountain bike racing days when I lived on the Front Range, I would rarely go more than two days in a row without riding my bike- even through ski season. In fact, on weekends, I would head to the mountains early to go make some turns, and then head back down to ride my bike in the afternoon. Such was life as a biker, and I frankly got burnt out. Too much training and not enough “just-for-pure-enjoyment” kind of riding. Thankfully, I never let skiing get to that point. And,now, I’m merely taking every advantage that I can of the fact that I live in a ski town.

But, Saturday, I had to work in the morning. And when I was done, I just had to be outside. The electric green that was spreading throughout the valley surrounded by mountains towering in white was just far too inviting to remain closed indoors. So, I decided it was time to ride my bike. 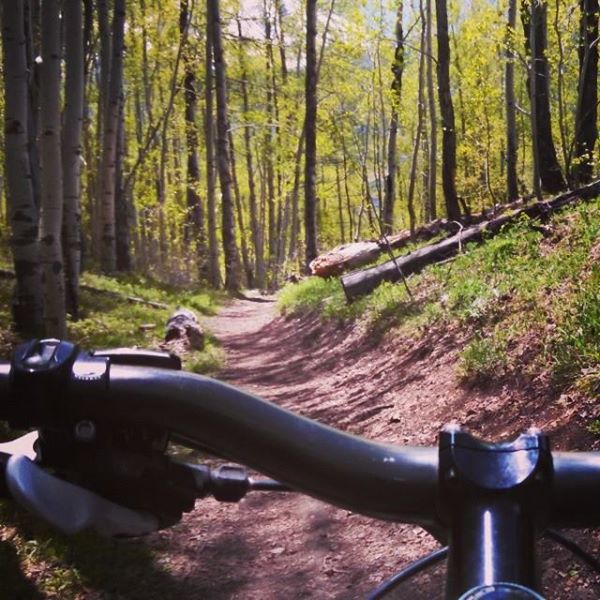 The day before, I’d anticipated this, and tried my best to get my bike in working order. With two flat tubeless tires, I headed down to our local Crested Butte Sports to get a refill of Stan’s goop. But, the seal in the rear tire didn’t work. So, I had to throw a tube in it temporarily.

This is when the universe turned on me, determined to to everything to dissuade me from riding my bike. First, I had to deal with the wire bead on my tire – better for sealing without a tube, but horrible to get off the rim. I broke a tire lever doing that and had to go around searching for Frank’s set. Once I got the tire off, I began to put a tube in, only to find out that that the tube’s valve was broken. So, I tried a different tube. That tube’s valve was broken too? I know how to change a friggin’ tire! Why is this so hard? How could it be possible that the valve was broken on TWO tubes. NO- it wasn’t. My bike pump was actually broken. No air was coming out of the presta connection. So, I dug the hand pump out of my Camelbak and began using that to pre-fill the tube a bit, only to find that the tube I was using had a hole. So, then I threw the other tube back in and yanked the tire back over the rim- a process that involved much grimacing and occasional cursing. Meanwhile, a thunderstorm encroached and started raging full force as I finished pumping up the last bits of air in my tire. I almost gave up. The thunderstorm nearly did me in. But, as I sat there cleaning up my Stan’s goop mess and equipment strewn everywhere with a slight pout on my face, the sun began to peek out again. I sucked it up, got my gear together, and decided to try splitting out for a quick ride despite foreboding weather. But, then I did it- one last twist to the day’s luck. I locked myself out of our apartment. I had everything I needed except for my gloves. Ah, screw it. Who really needs them anyways?

The universe did what it could, but in the end, it could not deter me from my bike ride. And it was well-worth it. Here’s a few pics of my first ride of the year. 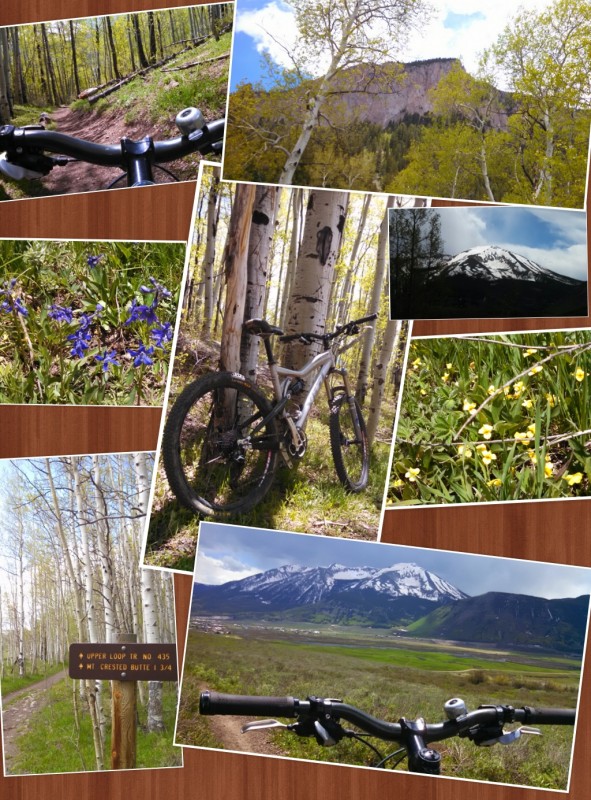 We aren’t done skiing yet. But, there will certainly be much more riding to come 🙂

2 thoughts on “First Ride of the Year”