Gothic road had finally opened and we were eager to get into the area to ski some of the glorious peaks that hover north of the town. But, the weather forecasts were a mixed bag for the weekend. Putting hopes aside for some bigger, steeper lines, we decided to go for something hopefully manageable- White Rock. Still a tall peak in the Crested Butte area, White Rock is still remote, but fairly accessible when Gothic Road is open.

All was good until we reached the first crossing at Copper Creek. It was cold, and not easily crossable, so we decided to continue along the left bank until we found a snow bridge. Little did we know that the snow bridge was much farther away this season, and would not come for at least a couple of miles – with much bushwhacking, willow bashing, and snow crashing along the way. Jenny.

Eventually, we found a snowbridge across one of the veins of the Copper Creek, but still came head to head with a major crossing. We tried throwing tree branches and rocks into the creek to build up some sort of bridge, to no avail. I finally gave in and went for it- Bare feet in the icy cold water always makes for an interesting sensation which I find somewhat refreshing. Frank, Jenny, and Pete eventually followed my lead. As I told Frank to smile for the photo, he put his head down shrieking in pain from the cold.

As we emerged from the creek, we found these mountain lion tracks in the snow.

Even though it was later than we wanted, we still had high hopes. We rose out of the valley and began skinning up the White Rock basin. Note the blue sky….. 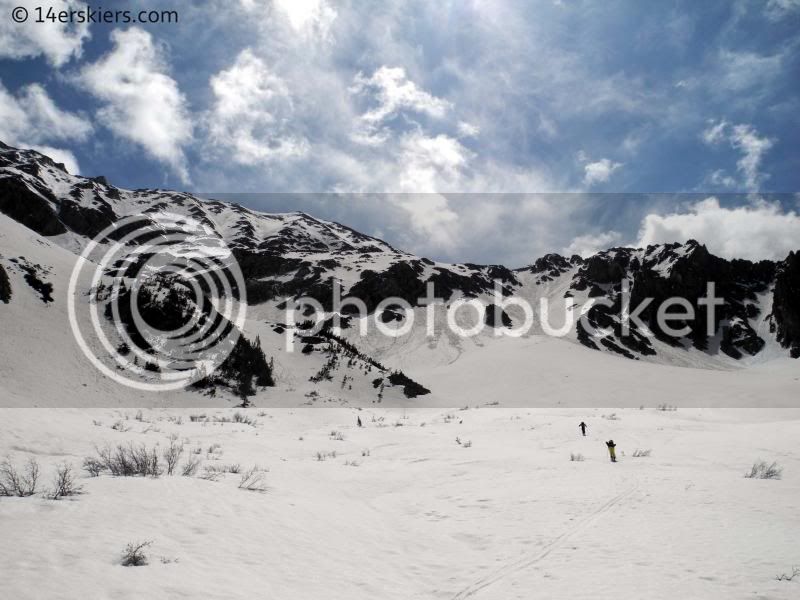 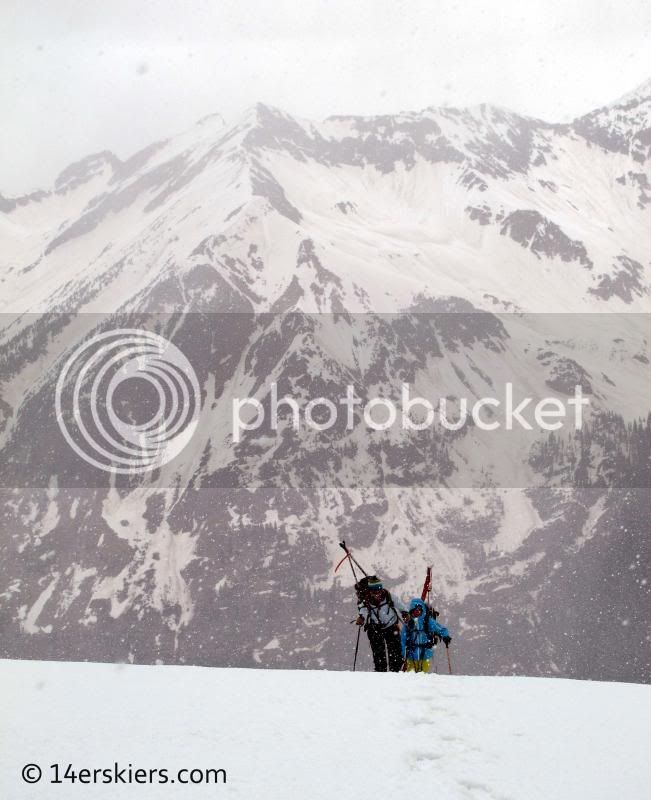 And we heard crashes of thunder as we ascended to the saddle just below the face of White Rock.

The four of us stood there in disbelief. Graupel, clouds, snow, and wind would not deter us from the day’s goal. But, the thunder would. Messing with lighting on some of our highest peaks is a recipe for disaster. We sat there for a while hoping the thunder would pass. But, instead, it was only growing closer. One final kaboom finally did it. We would go over White Rock Pass and descend into Queen Basin.

We joked as we stood at the pass. Pete asked, “So, what do we do when it’s blue bird when we get under El Nacho?” How could it go blue when it looked like this? Jenny.

But, then, it started to clear…. just a little bit.

And there we were, under blue skies, with El Nacho rising behind us.

I tried to rally the troops to ski it, but it was getting late in the day and probably not a safe choice. Instead, we continued to descend. Queen Basin looking good.

It’s hard to hate the clouds when they create such beauty. 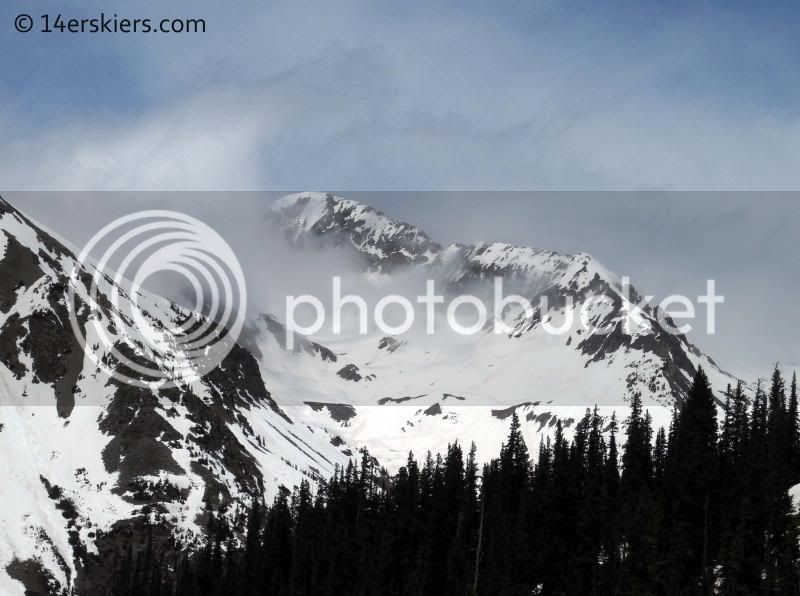 The day left us all with a slight sense of defeat and disappointment. But, we still all enjoyed our day’s playground, surrounded by some of Crested Butte’s most spectacular peaks. Indeed, the day was not lost, even though the day’s goal was not accomplished. Any day in the mountains is a good day. And this post is a reminder of that 🙂