It’s good to have goals. Goals in all aspects of your life give you something to look forward to. When you feel like you have lost your way, you can revisit your goals. They can help keep you on the right path.

Most of you are aware of my goal to ski all of Colorado’s 14ers. I have been working toward this goal since April 2006. With only two more fourteeners remaining- Pyramid and Pikes Peak- I hope to finish this goal this year. But, Mother Nature has to be cooperative. Pyramid is a serious line with serious consequences. I have to be patient and wait for the right conditions- for both avalanche and weather. Sure, I have skied Capitol, the hardest Colorado fourteener climb/ski. But, Pyramid still looms over my head. I’ve tried it twice and hope “the third time is the charm”. I’ve been lucky in my fourteener attempts. I have not had to go for any more than twice, except for Pyramid. Pyramid is my nemesis. Yet, I’m really excited to ski it. Those of you who are anxiously waiting- believe me, I’m more anxious. The way I see it, I’ll either ski both Pyramid and Pikes this year, or neither. It’s up to Mother Nature really. And my patience.

But, the fourteeners aren’t my only ski goal. In February, 2009, I created a wish list of other things I wanted to ski. Due to tearing my ACL, none got checked off the list in 2009. But, since then, I’ve successfully tackled six of the peaks on my list. With this in mind, I decided that it was time to revisit my wish list- time for an update. This update has two parts- 1) a reflection of what I’ve done and 2) what I still want to do.

All photos by Frank or Brittany unless otherwise specified

The ones I’ve crossed off my list since 2009 include….

We skied the west face: 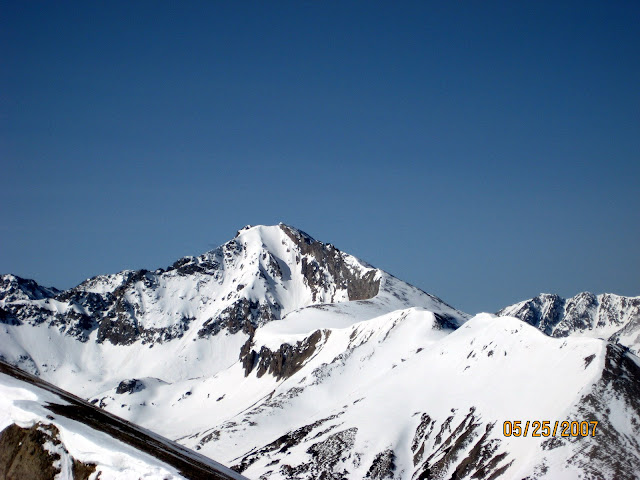 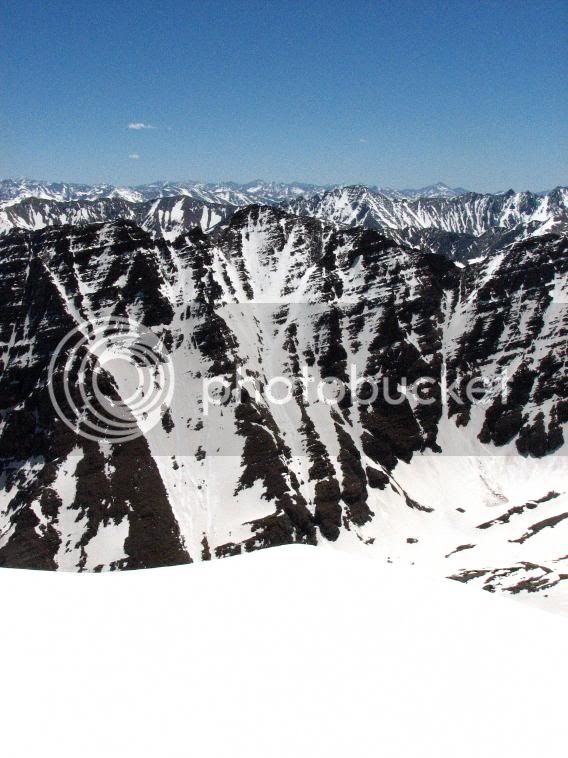 6) Terminator Chutes- from the top

17) Teocalli- North
(in the background)

19) West Beckwith- from the summit 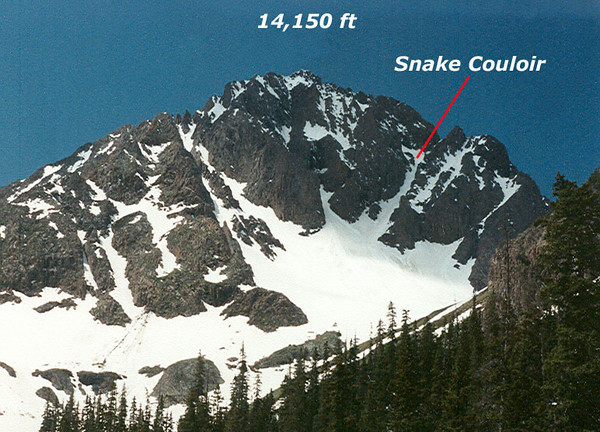 People are always asking me what I want to ski next. Well, here’s a list of 21 of them 🙂