Ahh, the Sangre de Cristos. Not necessarily the friendliest range in Colorado for skiing peaks, and yet certainly not an uninteresting one, either. The Sangres hit you early, with two of the most notorious roads in CO, the Lake Como road and the Colony Lakes road trying to destroy your 4wd vehicle before you even reach a trailhead. While most fourteener approaches involve nothing more than putting your head down and walking or skinning, the Sangres will instead throw an opening round of cliffbands at an aspiring climber well below treeline.

For fourteener skiers, there is the added bonus of this range being quite dry, so finding skiable conditions is yet another added challenge. For these reasons and more, I was really excited to put Kit Carson and the rest of the Sangres behind me last weekend.

Mark, Brittany and I hit the trail at around 4:15am. Like many other Sangre trailheads, the Willow lake trailhead is quite low, just over 9,000′. Therefore, we had to walk, rather than skin our way up through the forest. Finally, around 8am, we were able to see the mountains around us near treeline.

This couloir was guarded by a huge cornice, yet still called my name.

Eventually we reached the magnificent Willow lake, with its’ frozen waterfalls that drop right into the lake.

Brittany and Mark skinning towards Kit Carson, the snowless peak that can be seen above the frozen valley floor. Our route ascended the OB couloir to the notch that lies to the climber’s left of the peak.

As the last picture shows, this area has received lots of wind lately, making the snow surface nearly everywhere something climbers call “sastrugi”.

We eventually stopped skinning and started cramponing up the couloir. Me:

Once we exited the couloir, we still had quite a bit of face climbing to do before reaching the summit. Mark:

Brittany climbs with Crestone Peak and Needle behind:

One last shot of Mark climbing, with the heavily rimed rocks above him:

We made the summit around 1pm- a long day made longer by a relntless wind and lack of sunshine. A pleasant spring day this was not; a winter climb would be a more apt description. Summit shots- Crestone Peak and Needle:

The Blanca group and the sand dunes:

We carefully started our ski descent. The ski conditions were awful- icy, wind effected, breakable crusts- none of us made any rockstar turns this day. Brittany, making her way down the face:

Mark on the face: 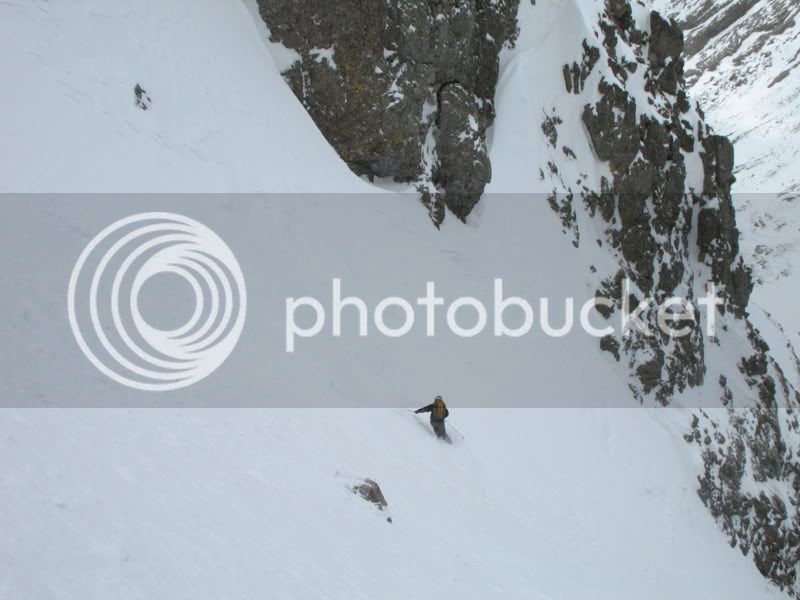 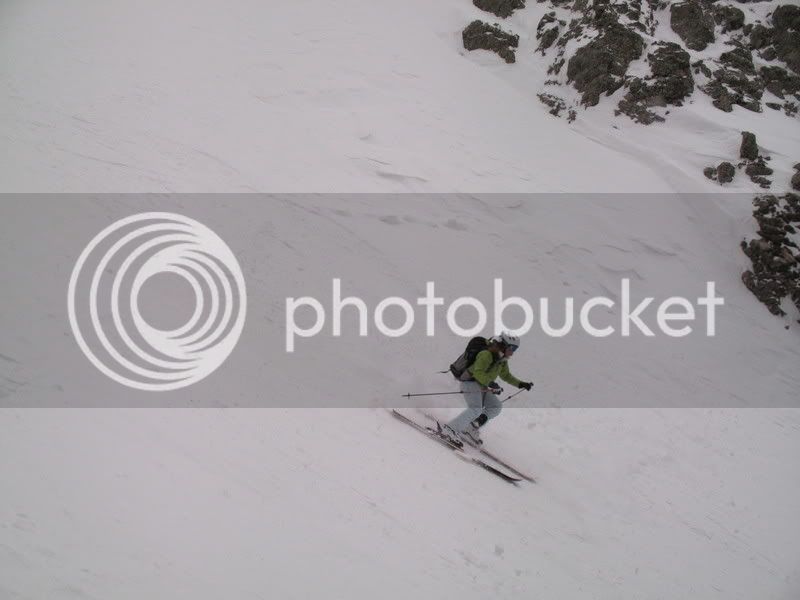 Once out of the couloir, we still had a long ways to go. Mark, with the valley ahead. Our cars were past the dry lakebed seen in this photo:

We arrived at the tralihead roughly 15 hours after starting out that morning, tired but satisfied getting another big line done. I enjoyed a well-deserved tree-PBR 🙂