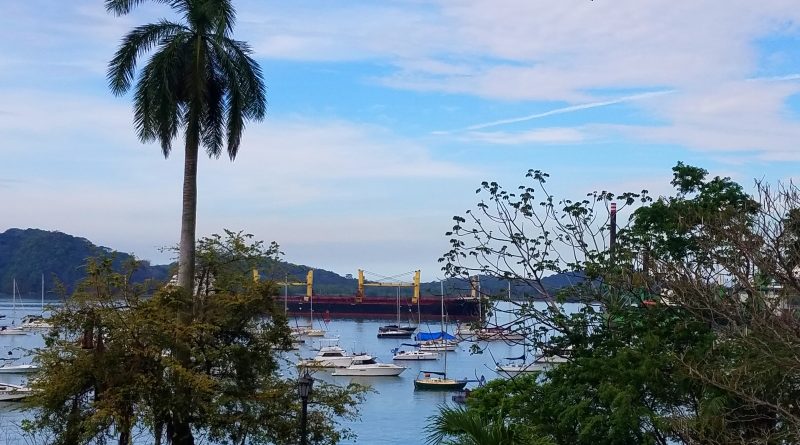 The famed Panama Canal is a man-made 48-mile waterway that cuts across a small isthmus linking the Atlantic to the Pacific Ocean eliminating the need for ships to travel all the way around South America. More than 815,000 vessels travel through the Canal annually making Panama City a great city of commerce.

But the Panama Canal is also why the country of Panama exists in the first place. Back in 1821 Panama gained independence from Spain and became part of the “Gran Colombia” confederation. Goals of building a canal in Panama had long been in the works but were not realized until the French obtained a contract from Colombia to do so in 1878. The French were favored after their success of building the Suez Canal in Egypt. But they underestimated the project and over 22,000 workers died largely from mosquito-borne disease like malaria and yellow fever.

Enter the good old USA. US History doesn’t usually teach us that we vastly intervened in the politics of “Gran Colombia” and helped Panama become an independent country in 1903. Then we started work on building the Panama Canal ourselves. Oh, and yeah, 18 years later we paid Colombia $25 million in “compensation” for basically stealing a nation from them.

The Panama Canal is why Panama is essentially an Americanized country. Good things and bad things have come from this, of course. Panamanians use the USD for their currency and have many of the same products we enjoy in America. Because of our presence, the majority of the country enjoys drinking water straight from the faucet, a rarity in Central and South America. Essentially, Panama was like a colony to us. But we won’t call it that because “colonization” is “bad” 😉

The US started construction of the canal in 1904 and finished the work 10 years later. It was indeed one of the greatest engineering projects of the world so of course we decided put ourselves in full control of the canal. For 63 years we controlled everything, and collected all the fees too, until the Torrijos-Carter treaty was signed in 1977. Then, the canal was controlled jointly by Panama and the US, with arrangements for the US to finally hand over complete control to Panama in 1999. To our credit, we actually stood up to this final arrangement and Panama now has complete operating power over the canal, and makes a good amount of money off of it too.

The historic Panama Canal Administration building was built in 1914.

This building holds murals which tell the story of the building of the canal. Here’s one of them: The Amador Causeway marks the entrance of the Panama Canal on the Pacific side. At its start is the beautiful Biomuseo. The Amador Causeway joins Panama city with the four small islands of Nao, Peric, Culebra, and Flamenco. The US Military complex of Fort Amador used to occupy the area but now it’s largely used for recreation. The land mass was built in 1913 using rocks from the excavation near the entrance of the canal.

Since the Causeway is for recreation, we decided to enjoy a little biking. But we didn’t just get an ordinary bike…. The Causeway was rather scenic in spots. The entrance of the Panama Canal. A ship going through the Canal as seen from our hotel room at the Country Inn and Suites. We enjoyed our time in Panama City, but were looking forward to our time on the islands near Bocas del Toro. That’s up next! 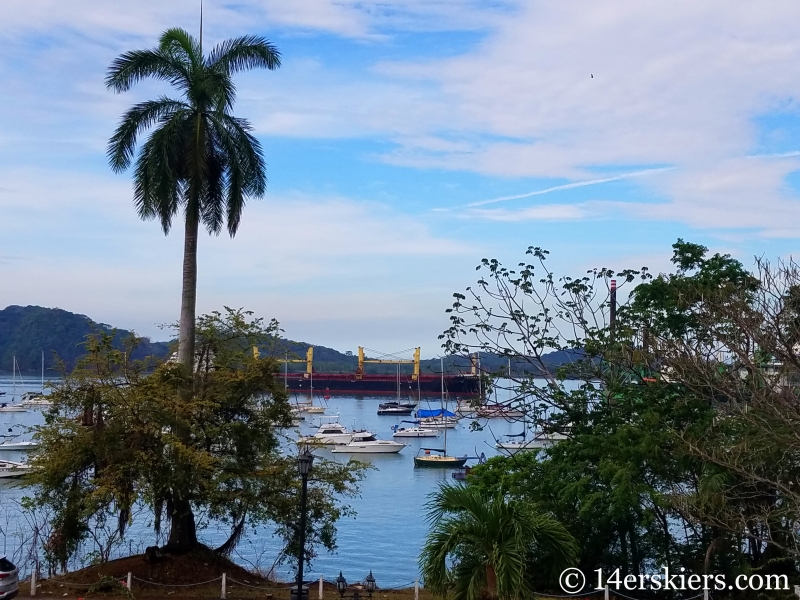 Article Name
Visiting the Panama Canal.
Description
The Panama Canal is why the country of Panama exists in the first place. Finished in 1914, this engineering marvel is still an important part of history.
Author
Brittany Walker Konsella