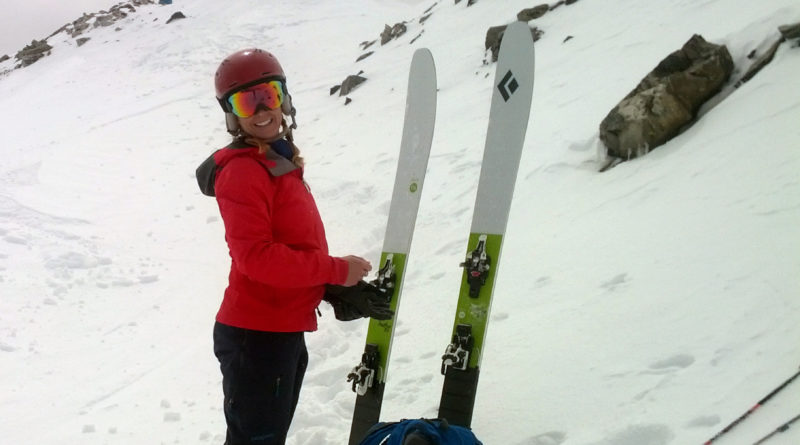 Reviews - Gear & Other
November 24, 2016December 22, 2016 Brittany Walker Konsella 3 Comments
(Last Updated On: December 22, 2016)In early 2016, I had the opportunity to extensively test Black Diamond’s Helio 105 ski. While I thought the ski performed fairly well, I’ll admit that it wasn’t among my most favorite of skis. It didn’t jive with me 100%. At the end of my review, I mentioned that I was looking forward to testing this ski in the 116 mm width “to see if the width helps improve performance in variable conditions”. Last spring I was able to extensively test the Black Diamond Helio 116 skis in a 176 cm length and found that the increased width did indeed help improve performance.

Similar to the 105, the Helio 116 is constructed with pre-preg fiberglass and reinforced ABS sidewalls with a balsa wood core. The tip and tail are both rockered, but traditional camber lies underfoot. The tail is equipped with a skin clip tab that prevents the clips from sliding to the side and falling off.

A sidewall dampening system is also integrated into the sidewalls which is intended to reduce chatter, but still keep the ski light. At the front of the ski where the construction begins to go from camber to rocker, a layer of rubber is placed into the sidewalls.

When comparing the 176 cm length Helio 116 with the Helio 105, the 116 is only 8 ounces heavier. Other comparisons are shown below.

I was able to test Black Diamond Helio 116 skis in late spring in a variety of conditions from heavy spring powder to breakable crust to manky snow and lines laden with choppy debris. I even had the opportunity to test them on the iciest steepest line I have skied in a number of years.

The Black Diamond Helio 116 performed exceptionally well in all conditions. The increased width over the 105 is the ticket, allowing for more dampening of the ski in variable conditions. While icy conditions are certainly not the forte of this ski, I found that the Helio 116 remained torsionally stiff and performed reliably in some of the most heinous conditions I have ever skied in the backcountry.

The increased width also helped stabilize the ski. Unlike the 105, the Helio 116 did not get pushed around in heavy snow and performed as well as my most favorite skis in heavy powder, mank, and other variable conditions. Additionally, the ski allowed me to cruise over breakable crust with confidence.

Last, the Helio 116 is lightweight, which I obviously felt a lot on the ascent. It’s nice to have a light pair of skis under your feet or on your back while going uphill. At the same time, the lightness was felt on the descent too. The 116’s were quick to respond – not quite as snappy as the 105’s but pretty close. In my mind, the Helio 116’s are the perfect blend of snappy versus damp, which is a hard blend to master in the construction of a ski.

Comparison with the Blizzard Zero G 108

It’s no secret that my two favorite skis of the season were the Black Diamond Helio 116’s and the Blizzard Zero G 108. In the Zero G, I ski a shorter 171 cm length which happens to be only 1 ounce lighter than the Helio 116 in a 176 cm length.

While having the opportunity to ski both of these models in a variety of conditions, I have noticed that the Zero G 108 performed better in firm or icy conditions as well as suncupped snow that you might encounter in late spring or summer. But, the Black Diamond Helio 116’s outperformed the Zero G 108’s in choppy snow that contained debris as well as breakable crusts. Both models performed exceptionally well in heavy powder and mank. Honestly, both the Zero G 108 and Helio 116 are great skis and I cannot say which one is better over the other overall.

The Wrap on the Black Diamond Helio 116’s

Black Diamond hit the money on the Helio 116’s. They are the perfect blend of a lightweight ski that still performs well on the descent in a variety of conditions. Even with this fatter width, the Black Diamond Helio 116 skis are not just a mid-winter powder ski. The increased width improves the dampening and stability of the ski, allowing it to perform exceptionally well in variable spring conditions too. If you’re looking for a one-ski quiver for your backcountry setup, the Black Diamond Helio 116 should be at the top of your list!

Get your Black Diamond Helio 116 skis on Backcountry.com, CampSaver.com, Mountain Gear, or EMS. 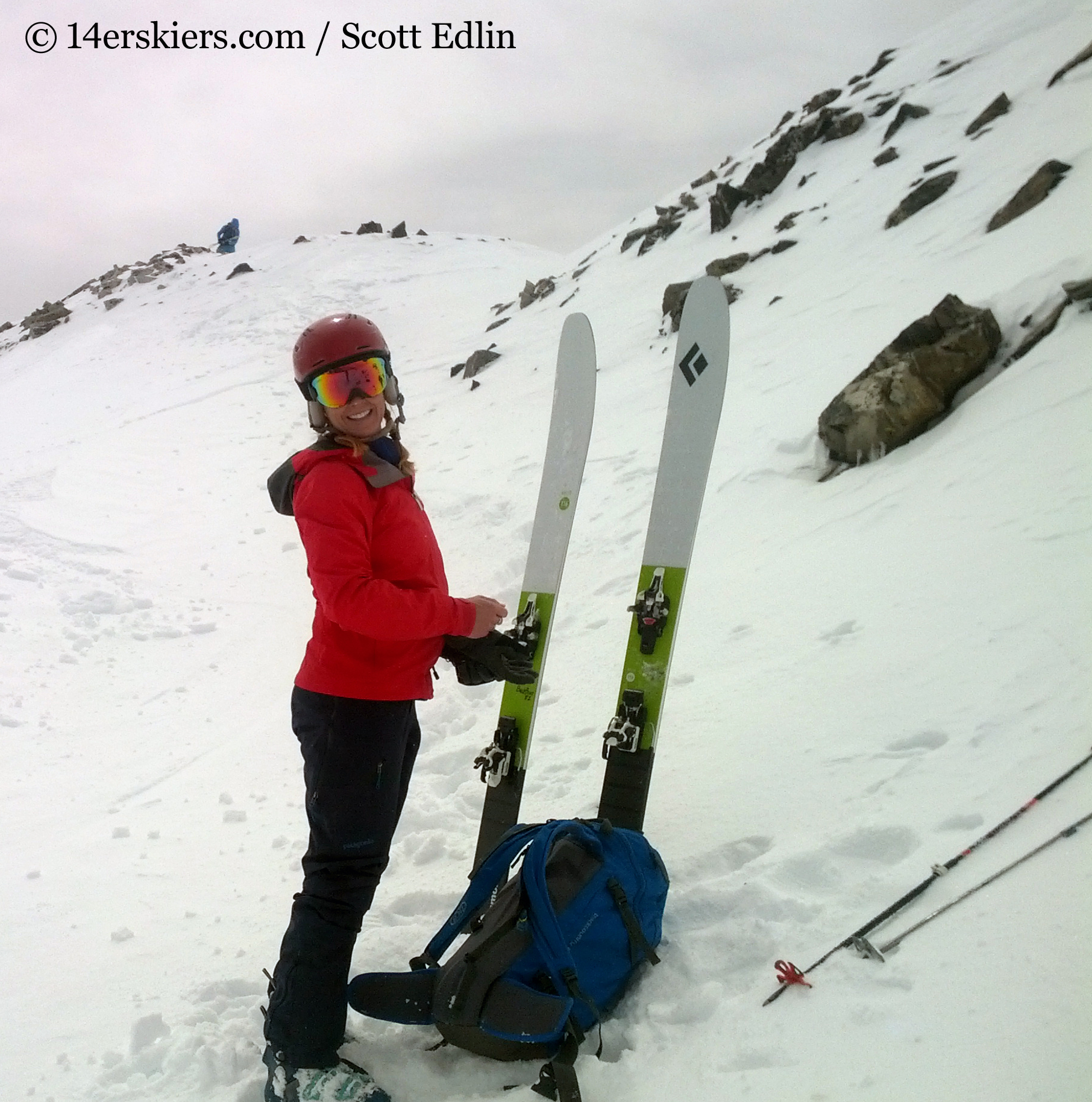 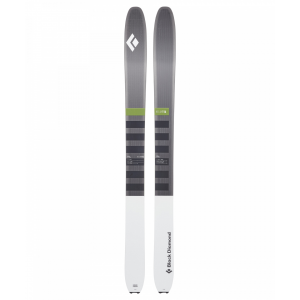 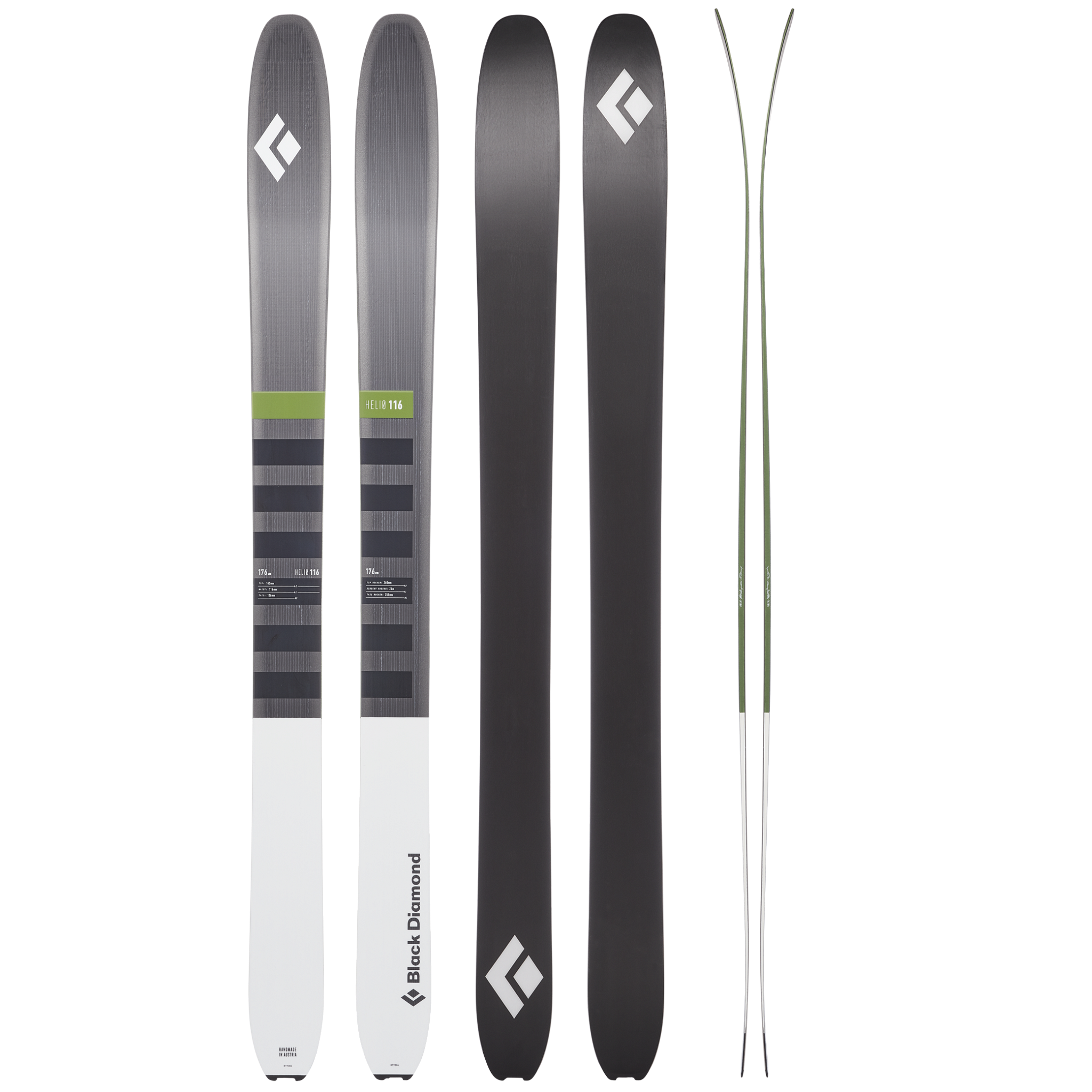