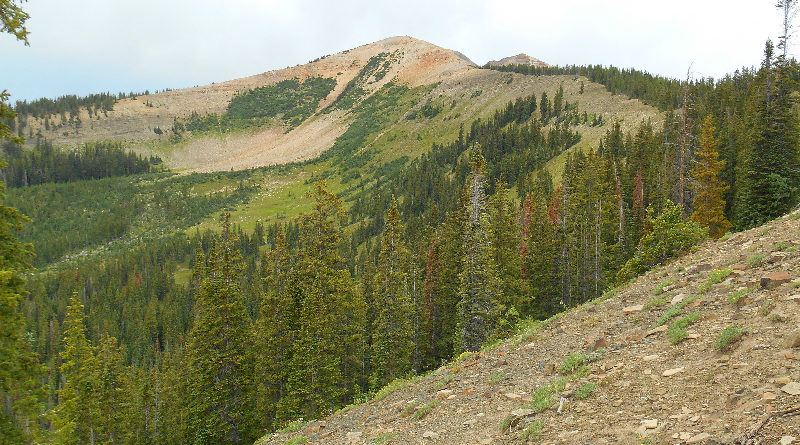 Mount Emmons is one of those peaks that is synonymous with Crested Butte. Locals refer to her as the Red Lady, as she stands red in the sky, westward above the town of Crested Butte. Aside from being one of the most popular mountains for backcountry skiing, Mount Emmons also makes a good hike.

There are a few different ways to climb Mount Emmons during the summer months. The way that I hiked this day is via a trail that is not named on most maps. It begins near the Woods Walk and Lower Loop, and ascends the peak alongside the Coon Basin. This trail does indeed pass through private property, although I did not see any specific signs on the well-traveled trail that said that hikers could not pass. That being said, I believe it is of utmost importance to stay on the trail until it passes above private property zones. In addition, it is especially important to adhere to any signs intended for trail travelers, which could appear at any given time.

I began at the Woods Walk. 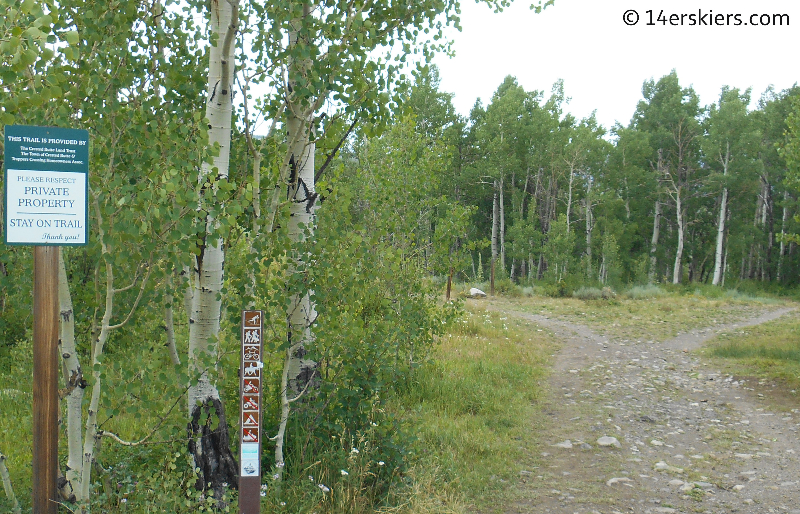 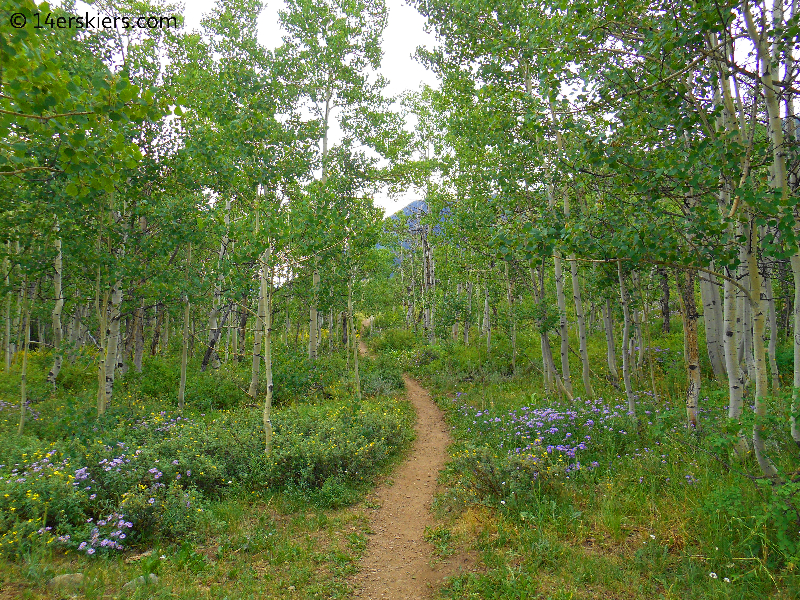 After about a half mile, there is an unmarked split. The split to the left is often called the Plunge and leads upward onto Mount Emmons. 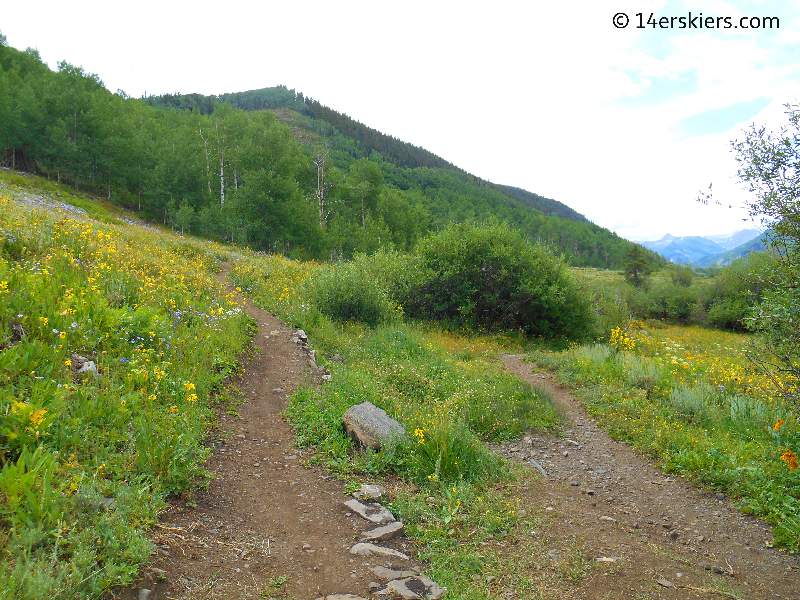 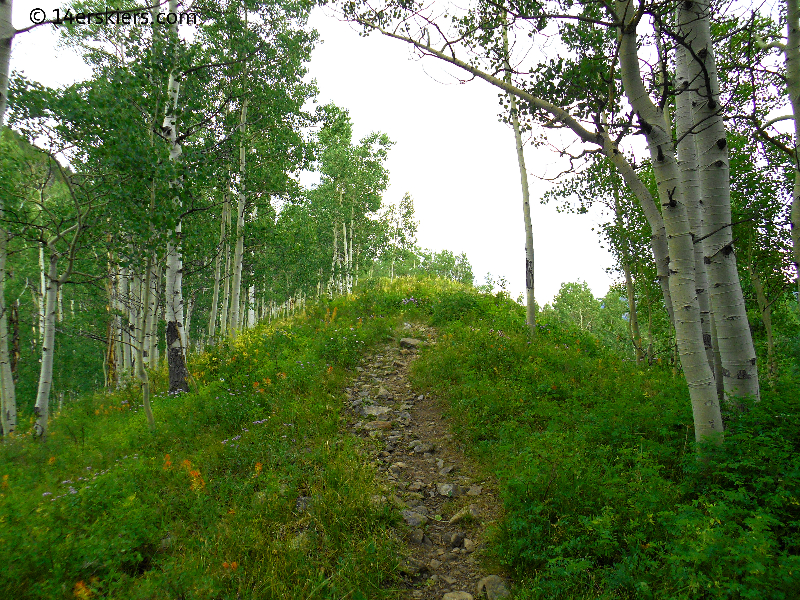 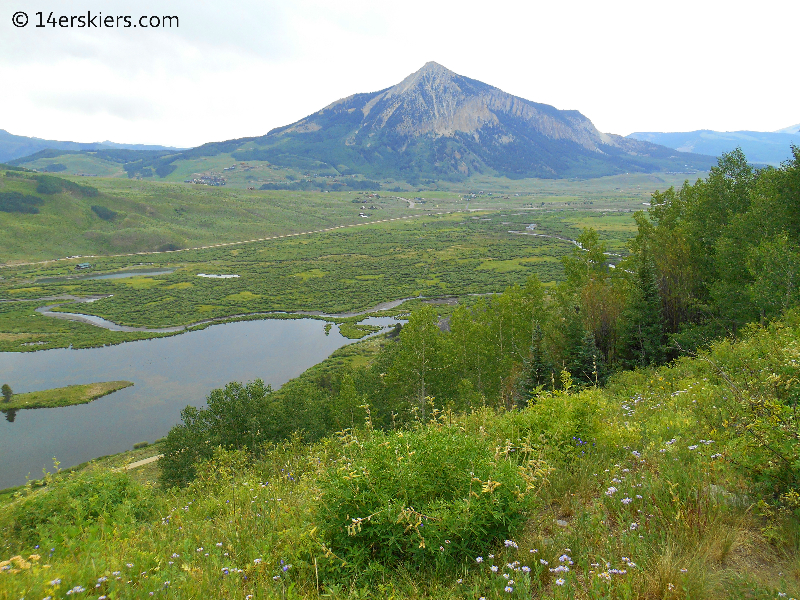 Most of the middle section of the trail travels through a dense pine forest like this. 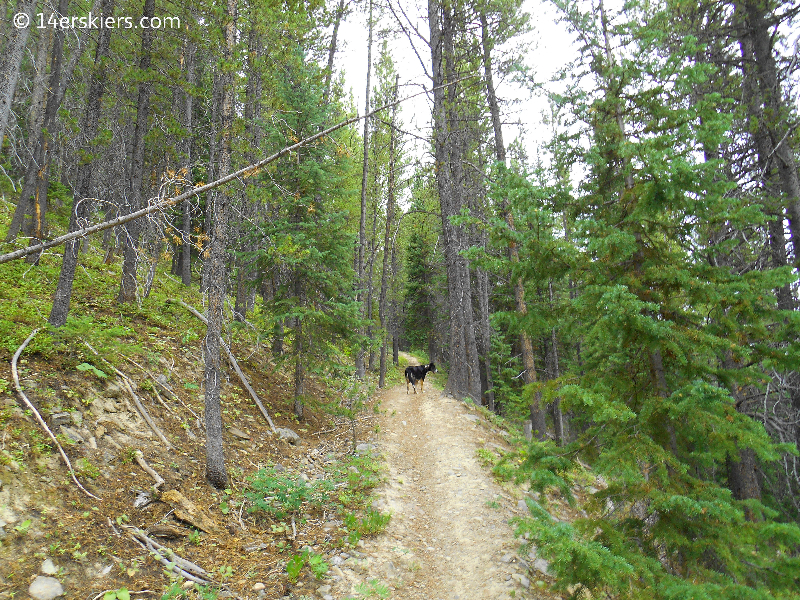 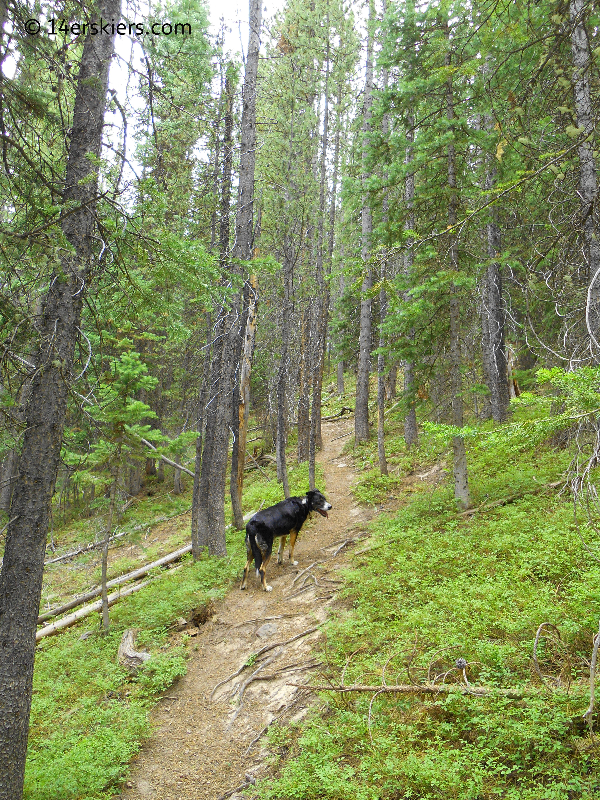 Another split in the trail happened about half way up. To help avoid potential private property issues, it is recommended to continue straight, rather than turn left. However, turning left seems to give a more gradual climb. 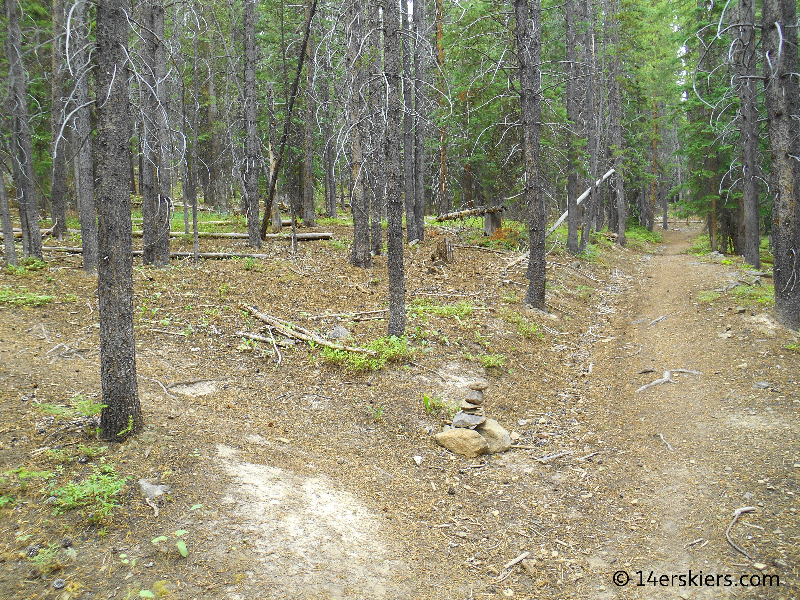 As I climbed, the views kept getting better. Looking up the Slate River valley. 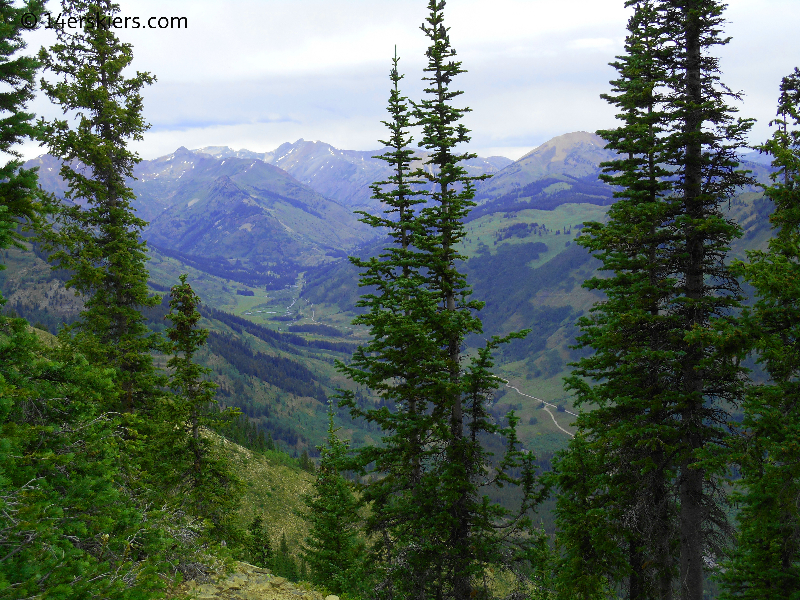 Eventually, the trees thin, and yield a good view of Coon Basin. 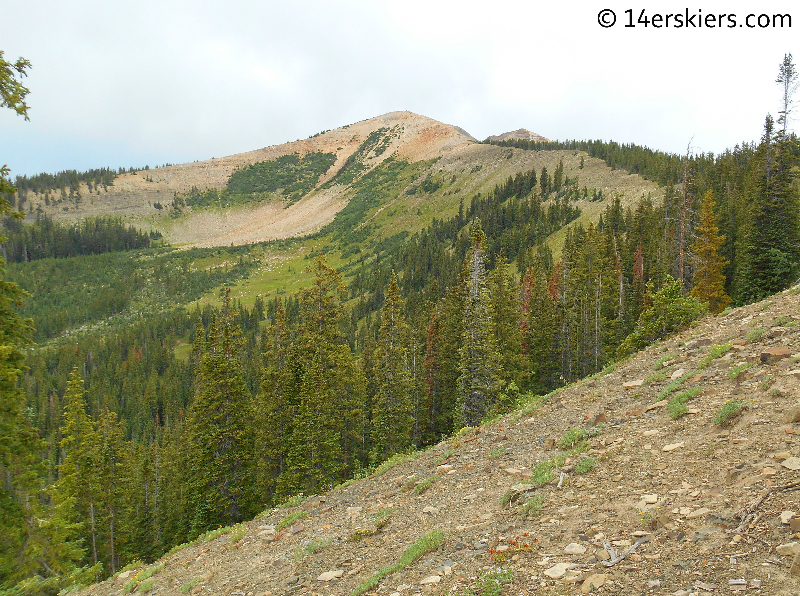 Heading toward the Coon sub-summit. 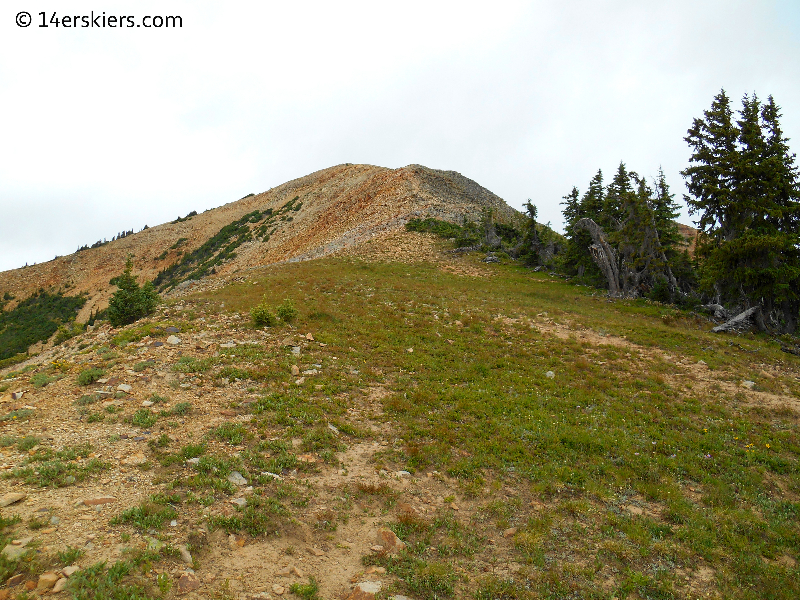 Looking down toward town from the Coon sub-summit. 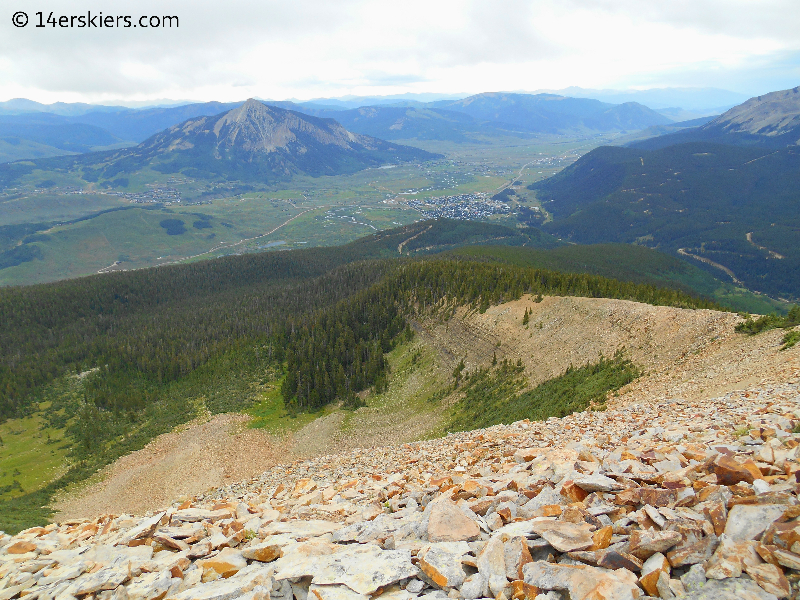 Looking down the Coon ridge from where I came. 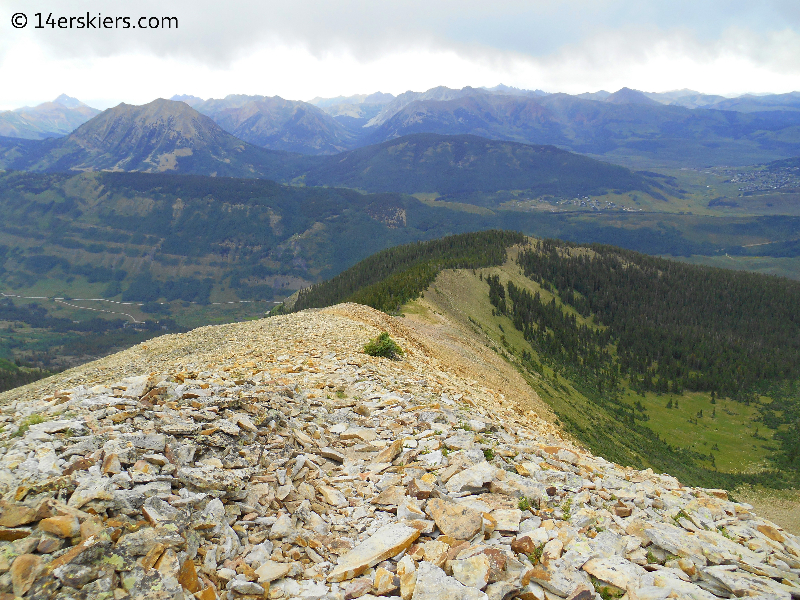 However, the true summit of Mt. Emmons is still a ways away. 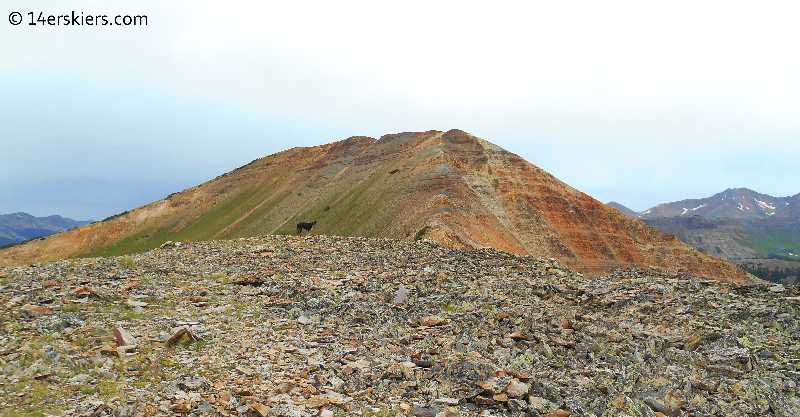 A view of Axtell. 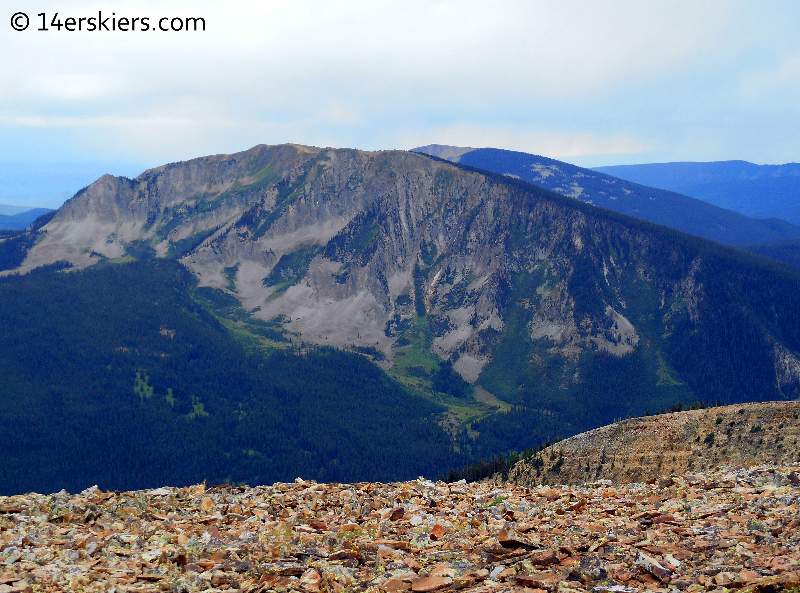 I continued following the obvious ridge toward the summit. And I honkered down here for a bit when unusually strong gusts of wind seemed to want to knock me off the mountain. 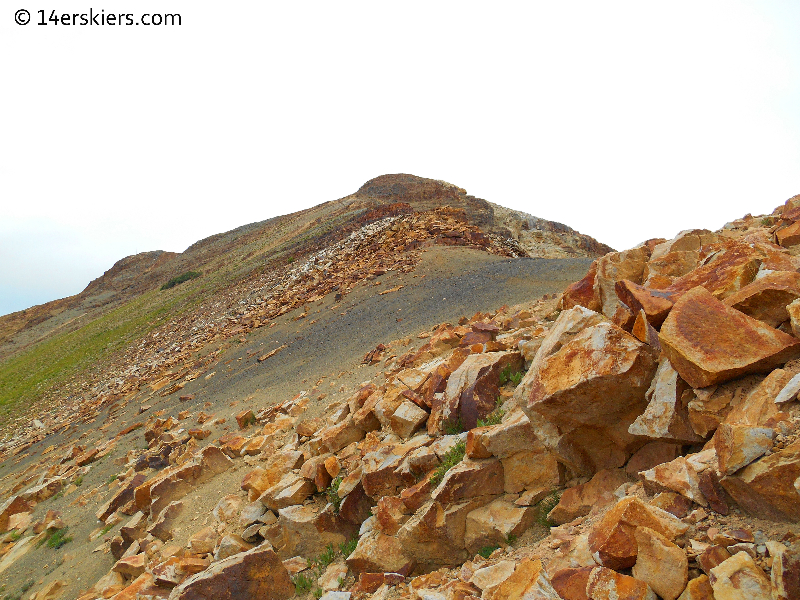 But a wall of rain was on its way. 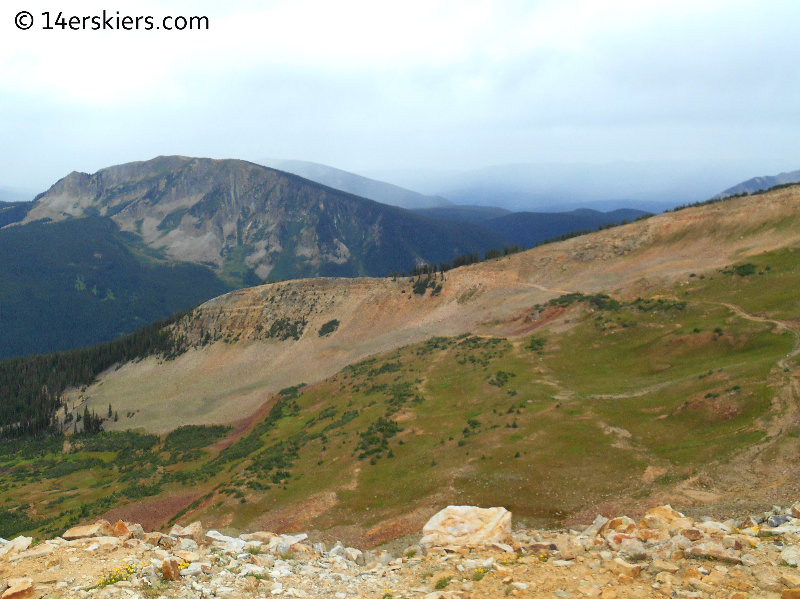 It was already raining in town. 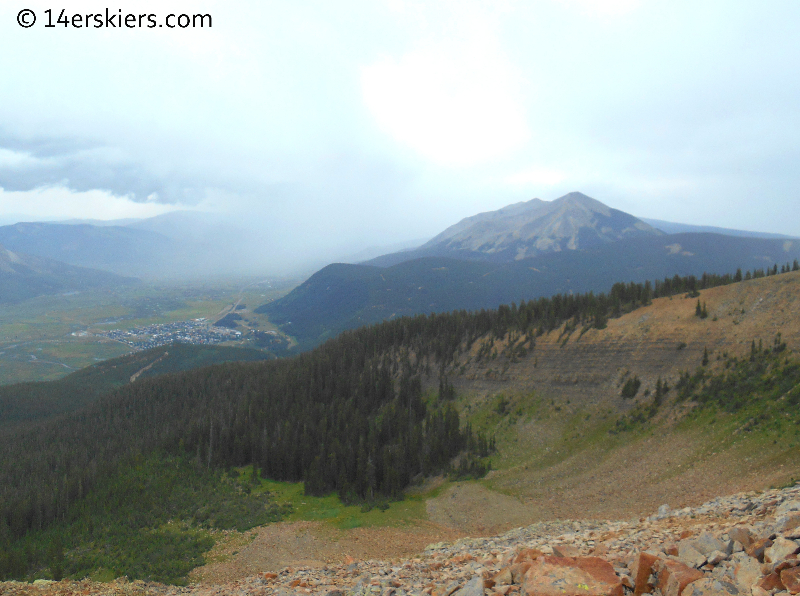 The weather was saying that it was best to turn around. So, I did. And it began to pour on me as I rounded over the Coon sub-peak. As things calmed down during my descent through the forest, I took time to admire some of the wildflowers, like these groundsel or senecio. 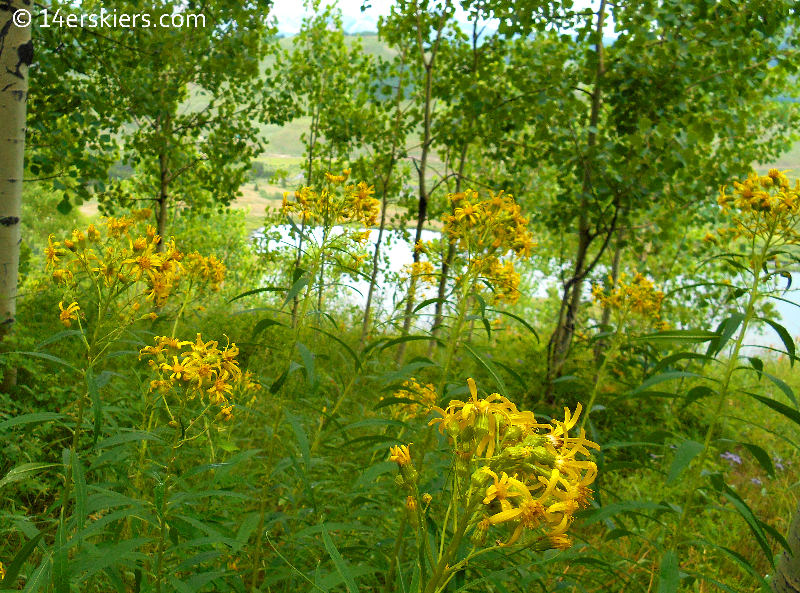 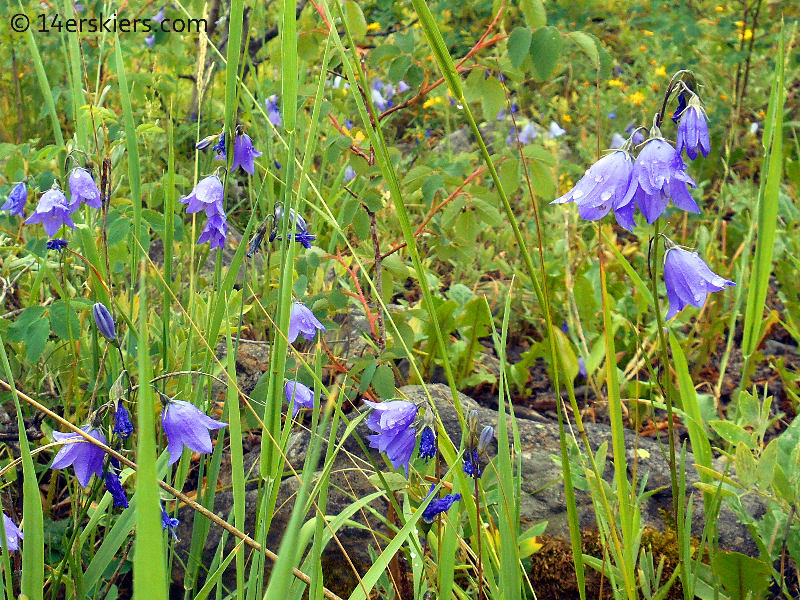 Mount Emmons is a great peak to climb. In future months I will be exploring some other options to reach the summit don’t have the private property issues associated with this particular route.