Ever since I first really set my eyes on the west side of Owen, I knew I wanted to ski it someday. The west face was quickly added to my ever-growing list of things to ski. Last weekend, we finally checked that one off the list.

Our day started early at the Kebler Pass trailhead. We met up with our new friend Jenny and snowmobiled to eastern base of Owen. We skinned to the south ridge, greeted by flying ptarmigans along the way. Yes, these seemingly-lazy birds fly sometimes, and beautifully too!

The cornices on Owen’s ridge are abnormally large this year, a testament to the winds we have had. Because of this, they are calving away, leaving terrifyingly large holes as they peel themselves off the mountain.

Needless today, we stuck close to the rock 🙂

In quick time we summited Owen and enjoyed a windless morning on the peak before dropping into one of the couloirs on Owen’s west face. Frank.

We had variable conditions, but we liked the moments where we could milk the pow. Yes, powder skiing in May does not suck. Jenny.

The back side of Owen doesn’t look that big from here….

Until you have some scope. Can you find Frank and Jenny? 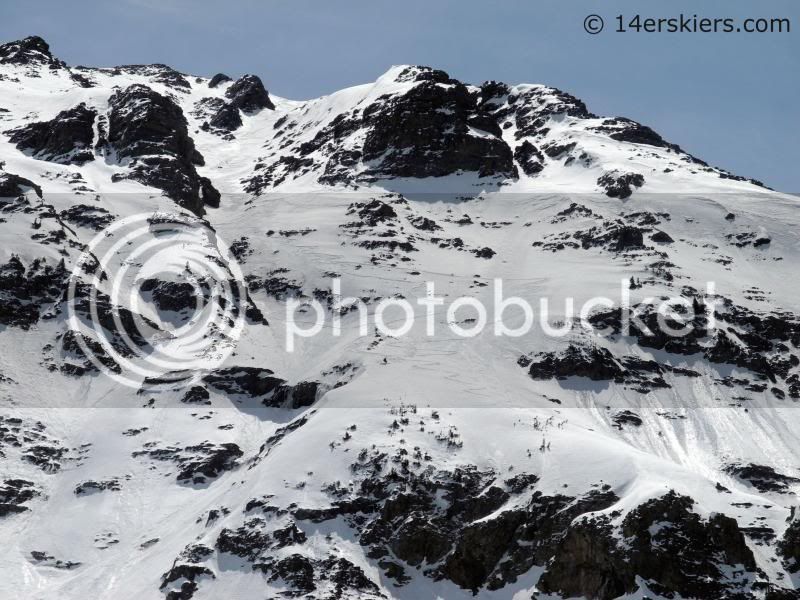 Frank tearing it up after the ice fall huck.

After admiring a view that we don’t often see, we began our way back up the mountain.

We summitted Owen for the second time that day and dropped down into some north facing lines. Frank.

Even the turns out on the basin were a blast.

The west side of Owen certainly makes for a longer day. But, it’s worth it to venture to a lesser known place, to ski a fairly long steep line, and to drop down into the deep. Thanks to Frank and Jenny for adventuring further than normal 🙂