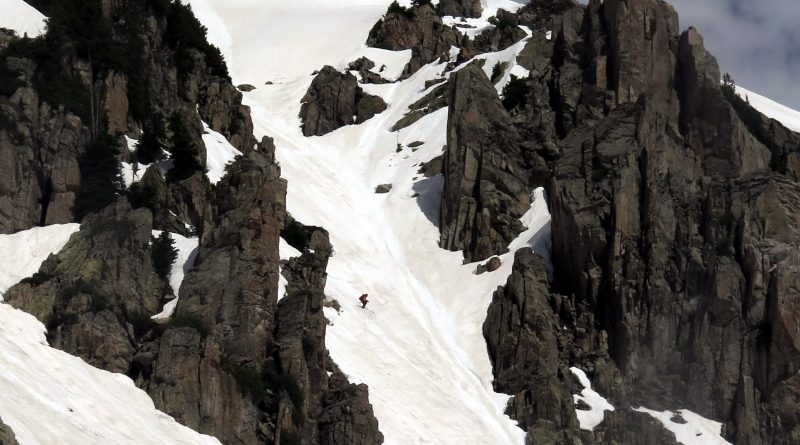 Spring skiing has been amazingly good this year. Usually, my ski days start to wane in June. But, there has been no reason to do so yet. Coverage is good, and in the right places, access is getting easier.

Frank and I were looking to ski something in the Crested Butte area. Admittedly, after skiing here for so many years, sometimes it’s hard to find things to ski that keep us interested. But, I suggested Mount Richmond – a peak that I had never skied, and Frank had an idea for a different line on it which would be new to him as well – it seemed like a great option. Mount Richmond lies the shadows of nearby Augusta Mountain and Mineral Point. Seemingly unassuming from afar, Mount Richmond, actually has some fun steep backcountry ski descents!

Being late in the season, we were able to drive up Slate River Road to the river crossing where we then continued on foot. Large avalanche paths that came down in March make great snow bridges for crossing the river again at Poverty Gulch. By then, we were able to start skinning up through Baxter Basin. I love this place. 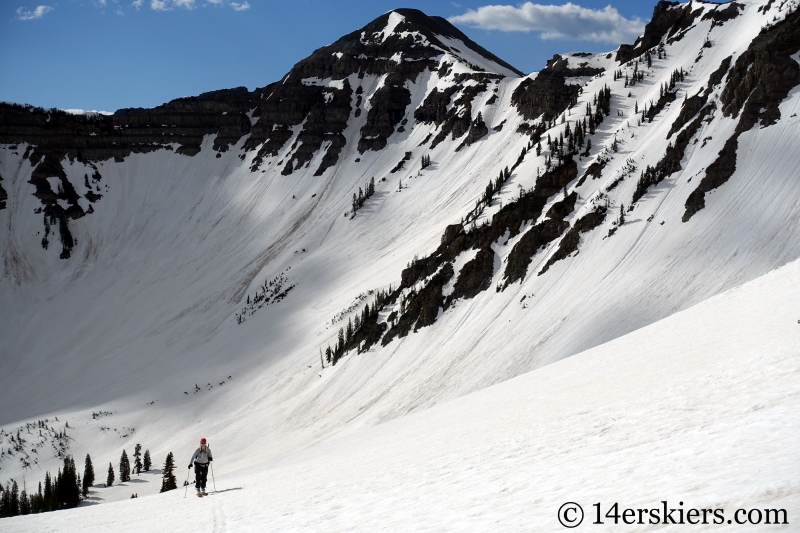 Frank skinning with Mount Richmond in the distance on the left. 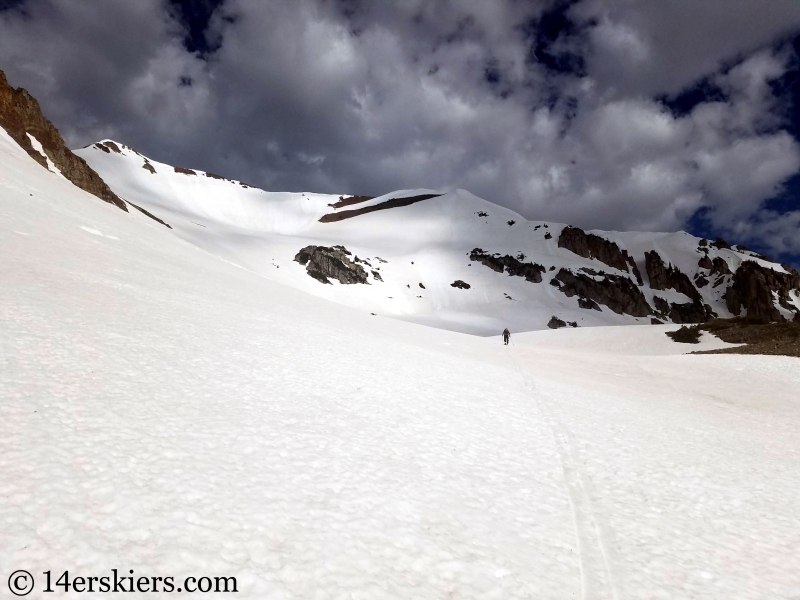 As we neared the upper slopes of Richmond, Frank and I had a few discussions. For various reasons, we decided to have a “his and her choose their own adventure” style of ski. Frank wanted to ski the “Martini Glass” and I was wanting to ski more from the summit. So, we made a plan to stay in radio contact and go our separate ways and reconvene at the bottom of the Martini Glass. Frank climbing with South Maroon looming in the distance. 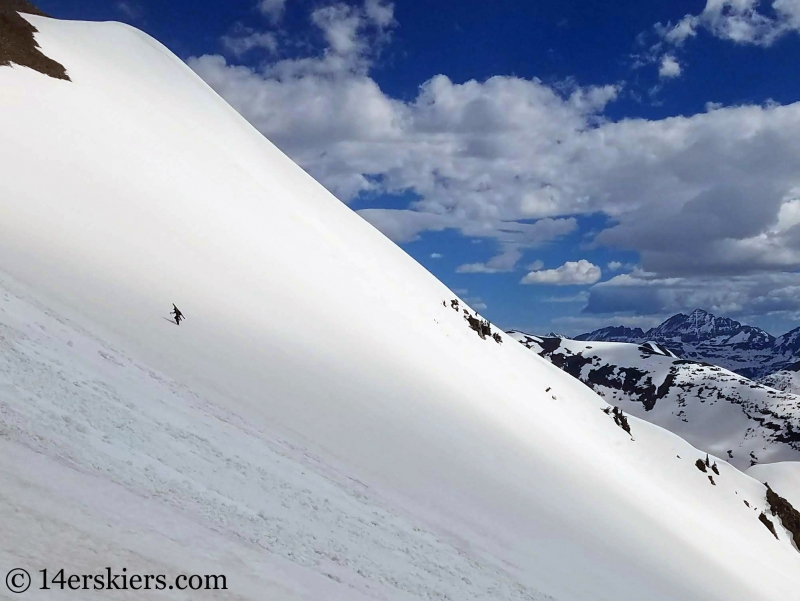 Me climbing toward the summit of Mount Richmond. 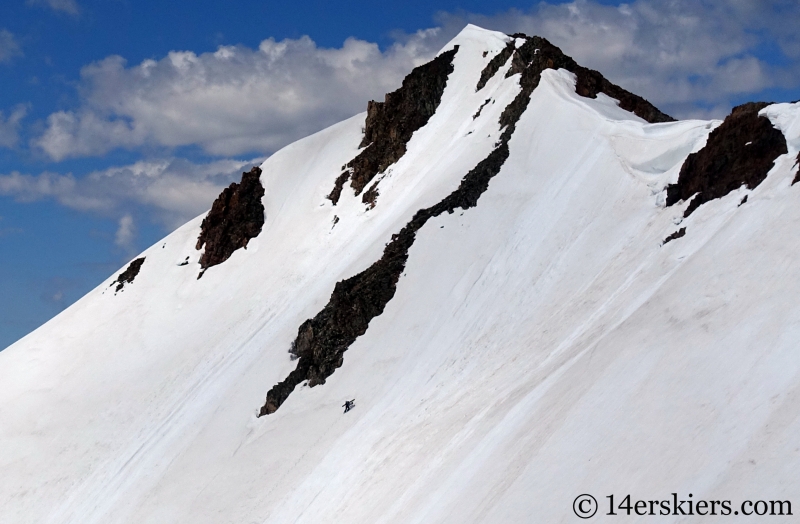 At the top of my line, I radioed Frank who was waiting for me to transition and ski. What a beautiful day in the mountains! 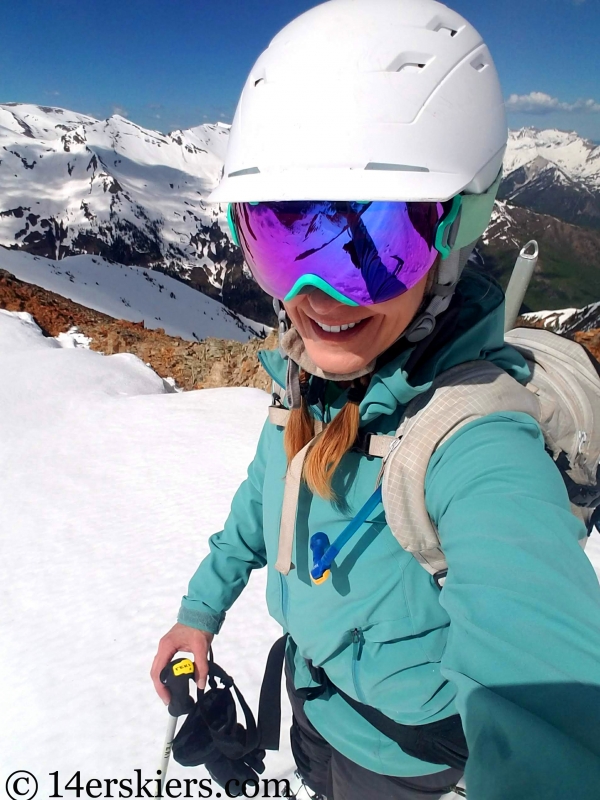 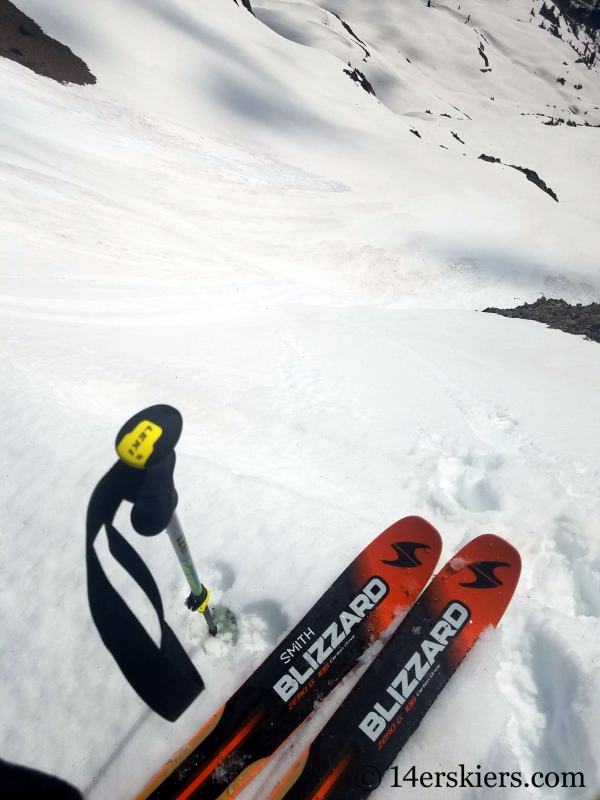 And then I dropped in. 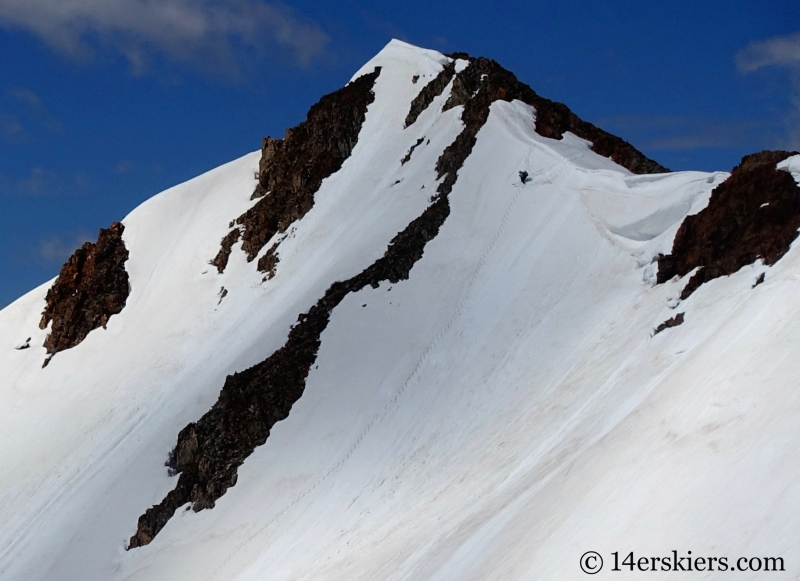 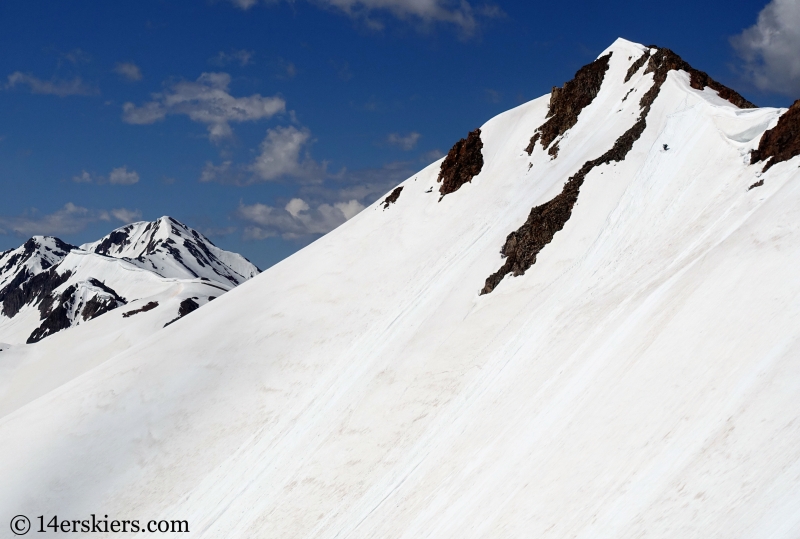 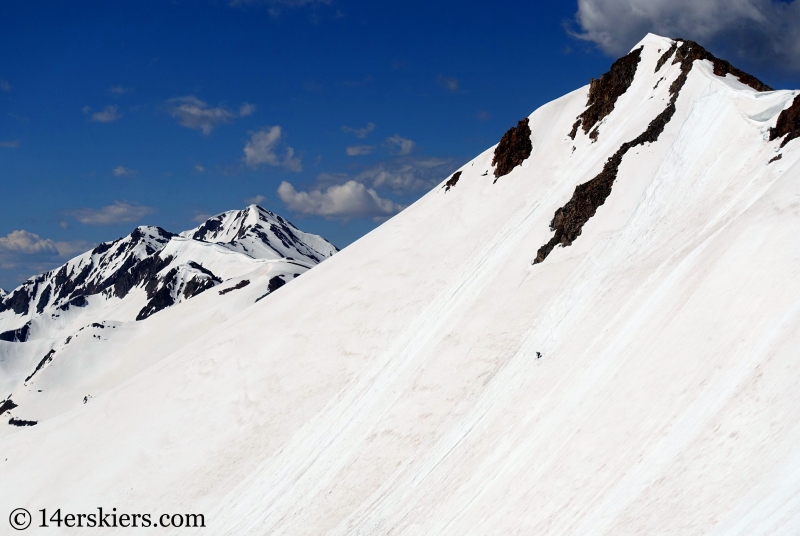 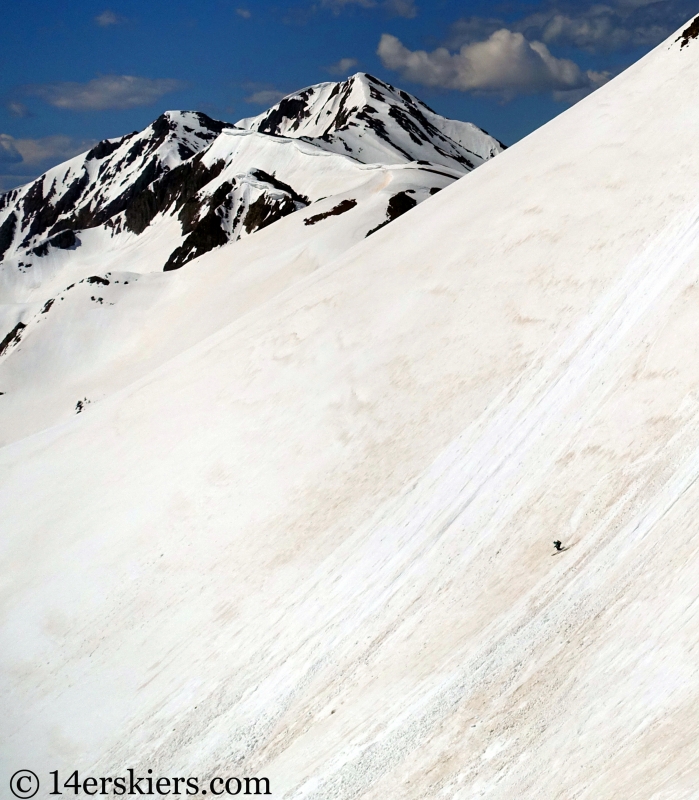 I skied to the bottom of the Martini Glass and radioed to Frank who was getting to drop into his line. 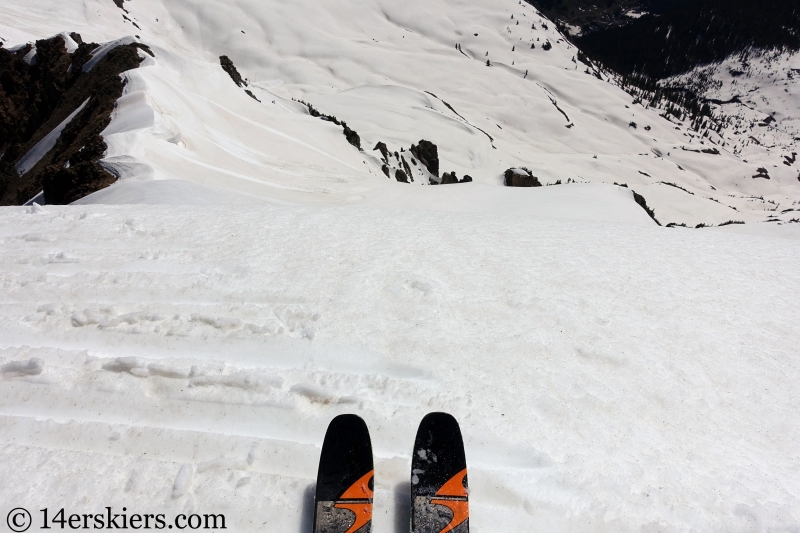 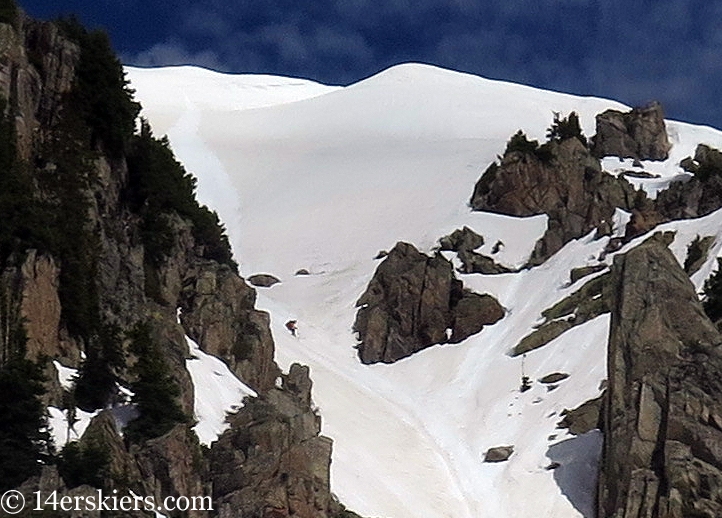 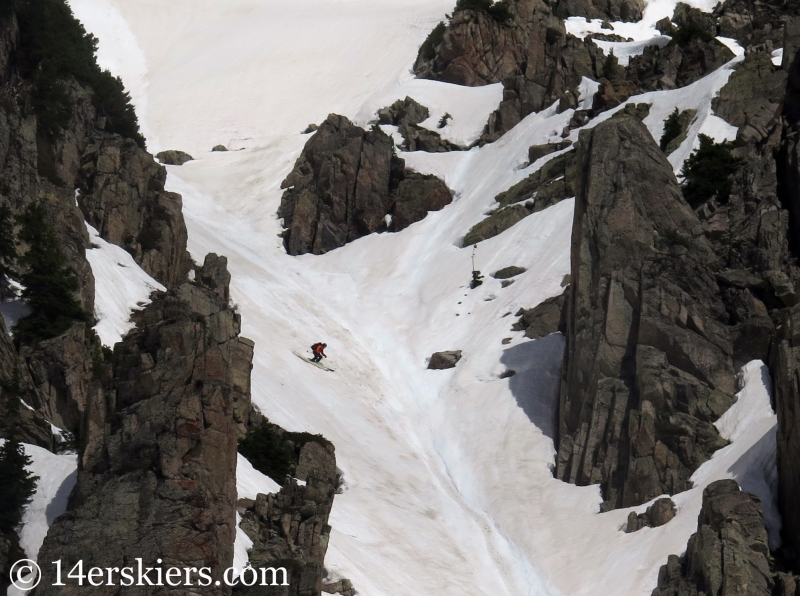 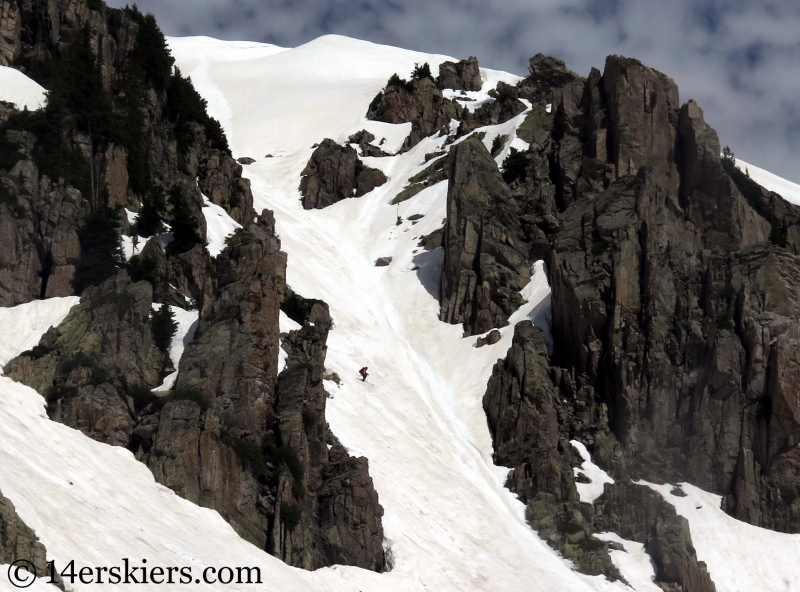 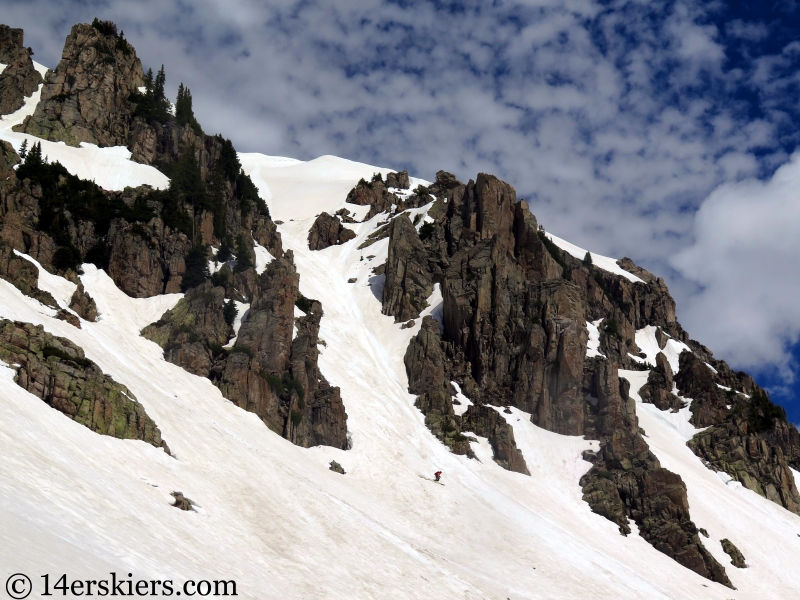 Me skiing the Martini Glass apron. 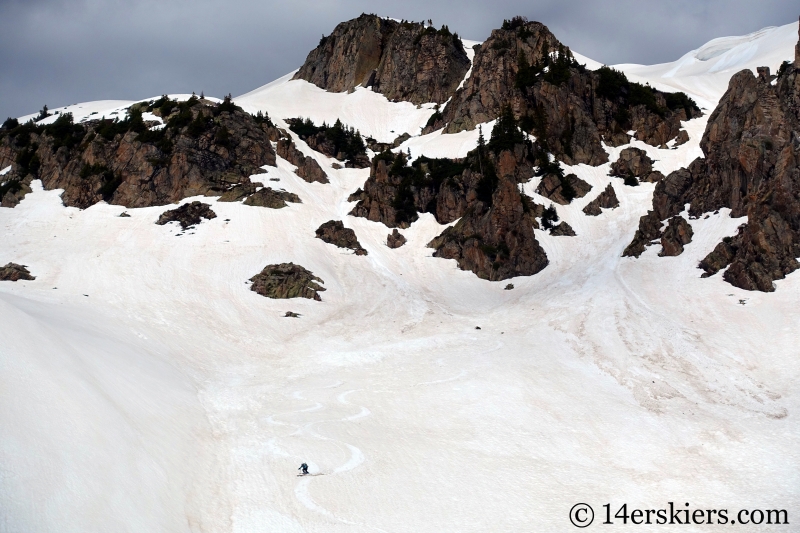 Looking back at Mount Richmond. My line on the left, Frank’s Martini glass on the right, both relatively east facing aspects. 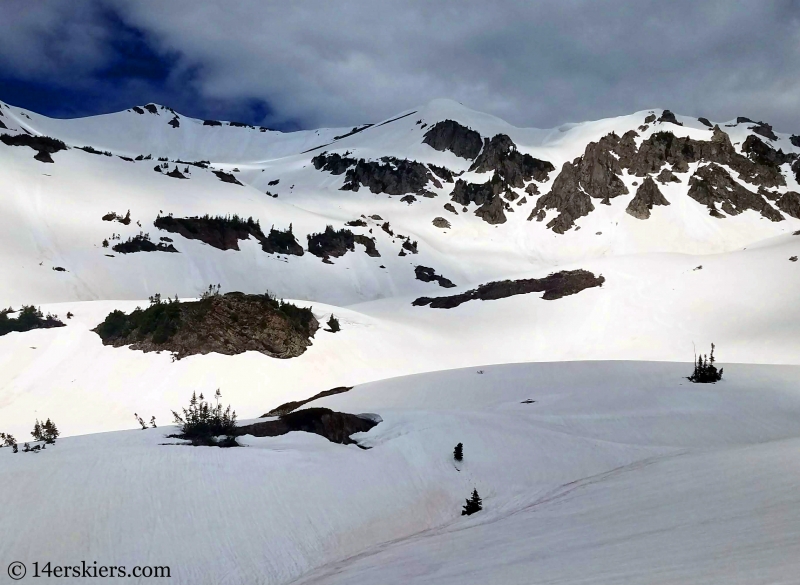 A better look at the Martini Glass. 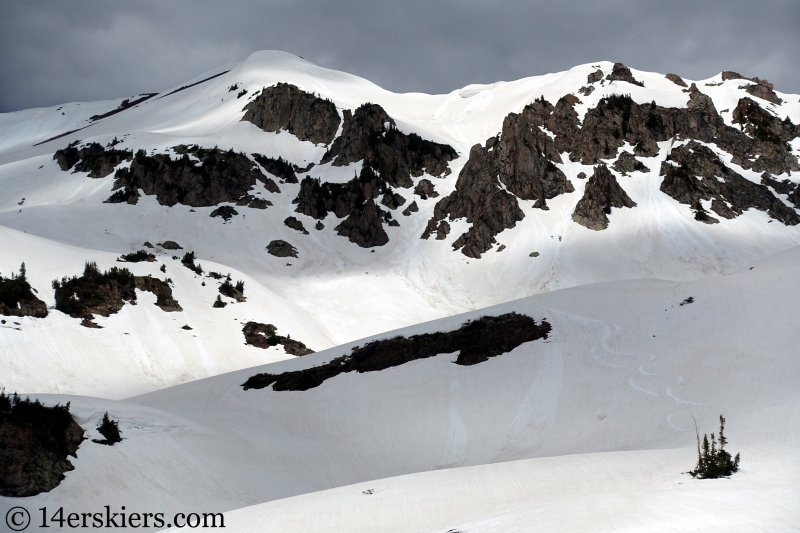 And another shot of Mount Richmond. 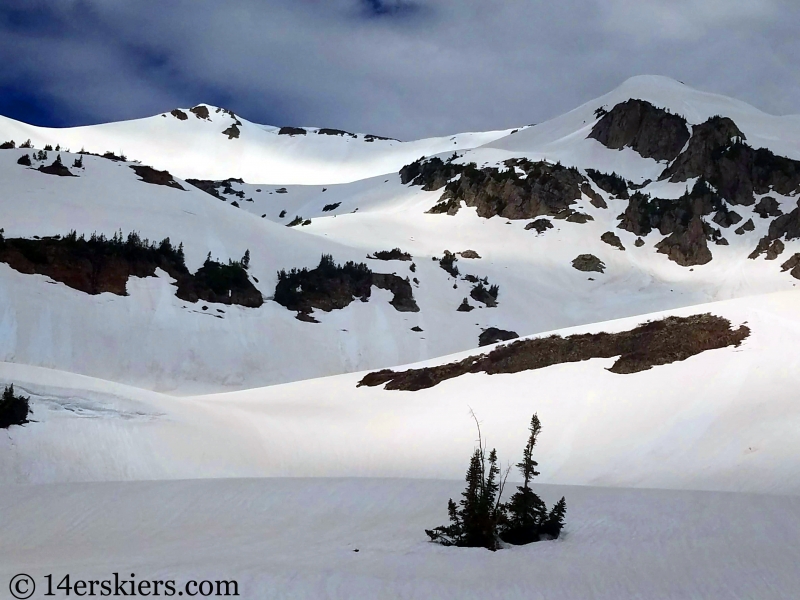 Another great day of skiing, and we even got to enjoy waterfalls like this on the way out! 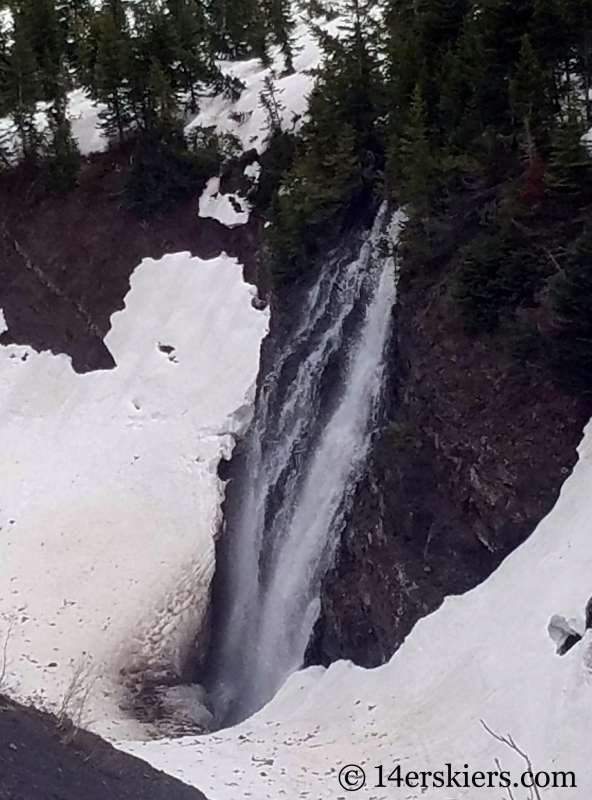