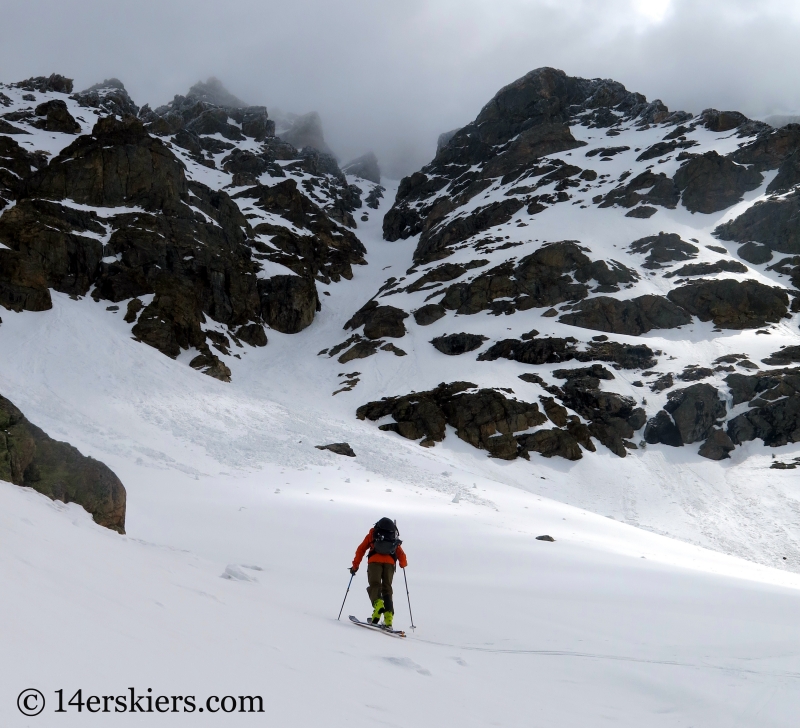 After skiing Skywalker Couloir on South Arapahoe Peak, we sat out a day to let some adverse weather pass. The forecast looked a bit more promising for Saturday, and we decided to return to the Indian Peaks to check out the Northstar Couloir on North Araphahoe Peak.

Our ascent route was very similar to that of South Arapahoe at first. But we continued onward and went over a pass. The weather was not looking all that promising as we neared the top of the pass. 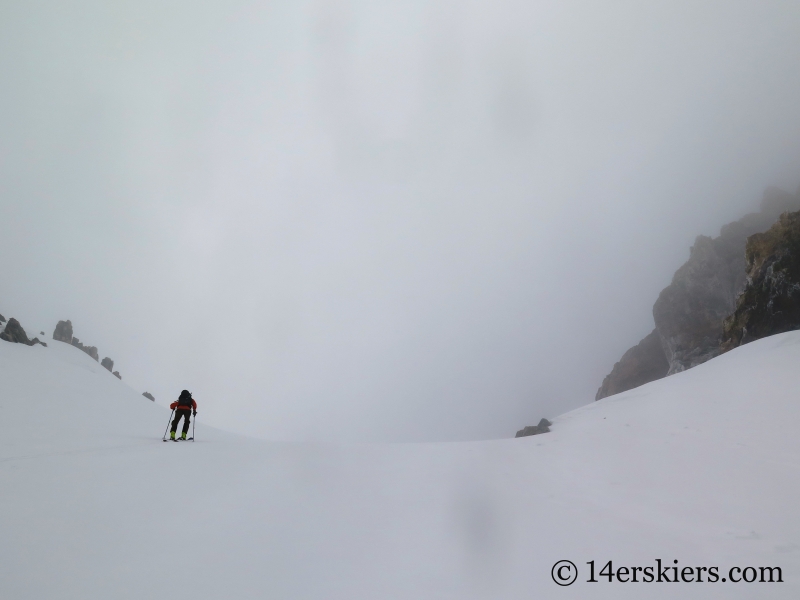 We were happy when the fog began to break at the top of the pass.

We then skied down from the pass.

And eventually we found ourselves right under the Northstar Couloir. It’s a lot longer than it looks in these pictures – almost 2000 vertical feet.

The weather the day before had left some beautiful rime ice on the rocks. 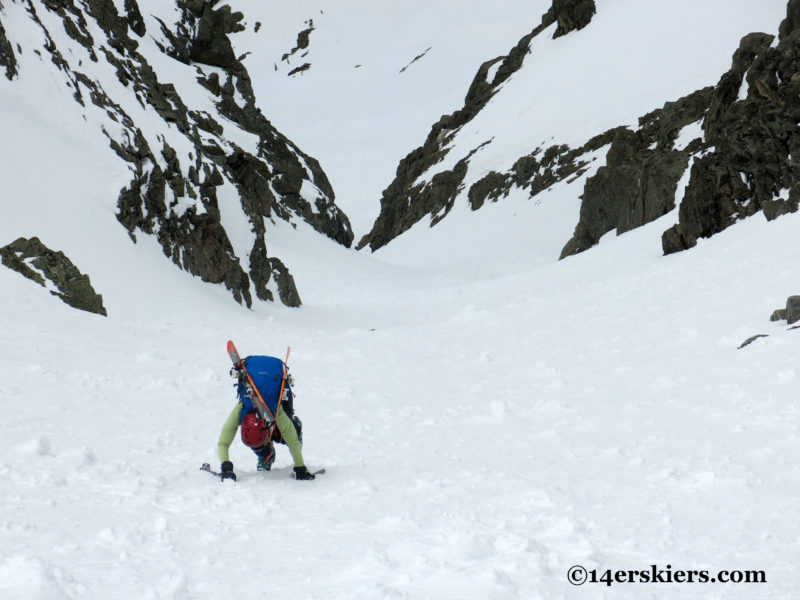 Rounding out the top of the couloir.

At the end of the couloir, we were able to follow snow all the way to the summit. 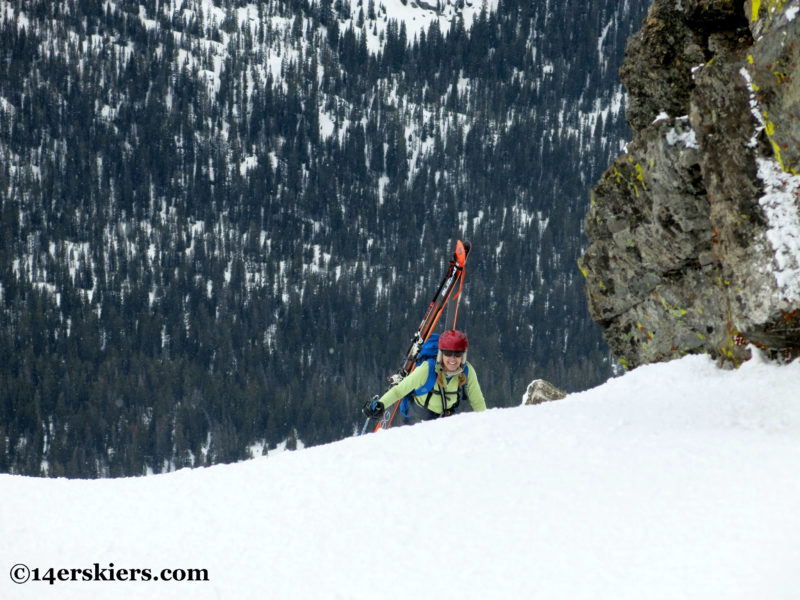 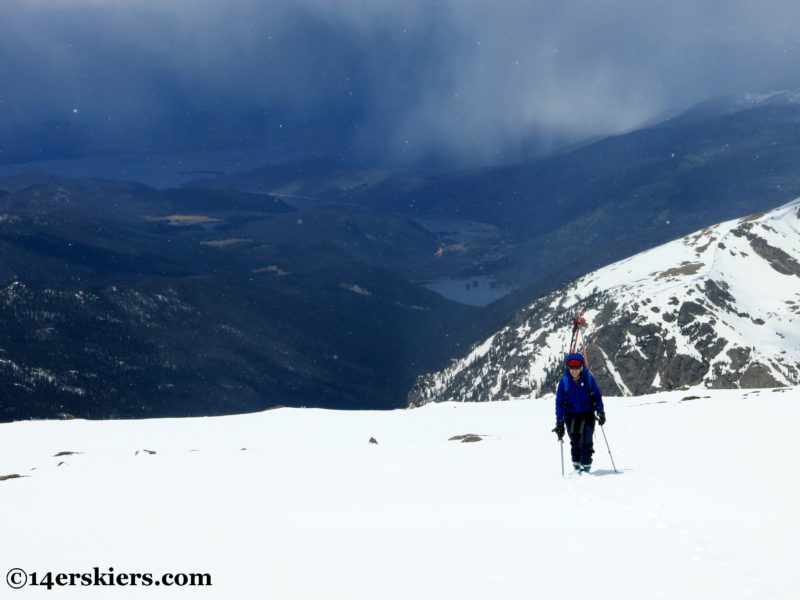 While on the summit, Frank conducted some important real estate business.

Me on the otherhand, well I admired the views of the Indian Peaks. Like this one, of Apache and Navajo.

A closer view of Mount Toll and Mount Audubon in the distance.

It was sunny for the moment, but very dark clouds had engulfed Winter Park to our west and were headed our way. So, it was time to ski. Frank, skiing off the summit. 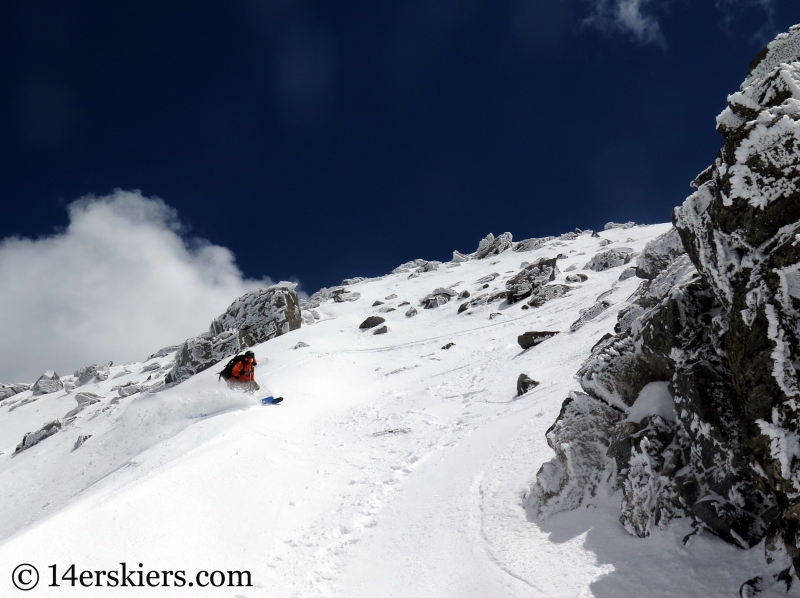 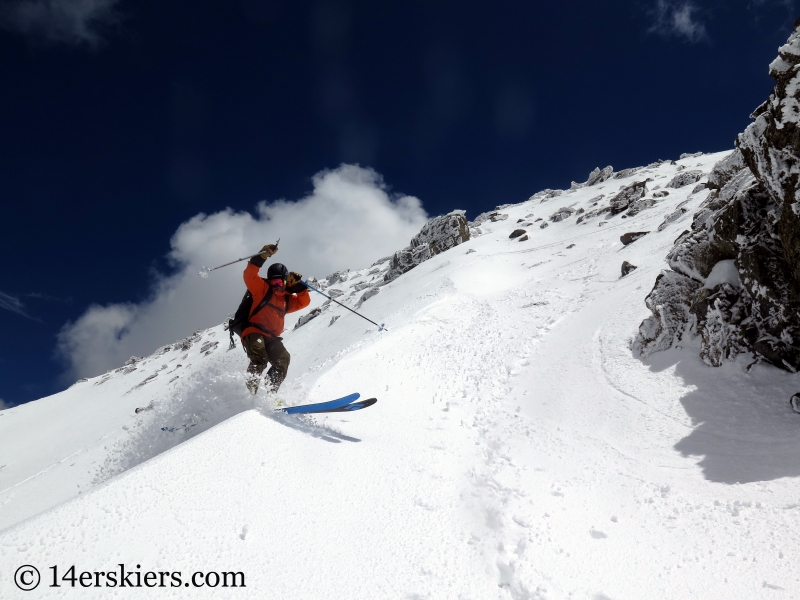 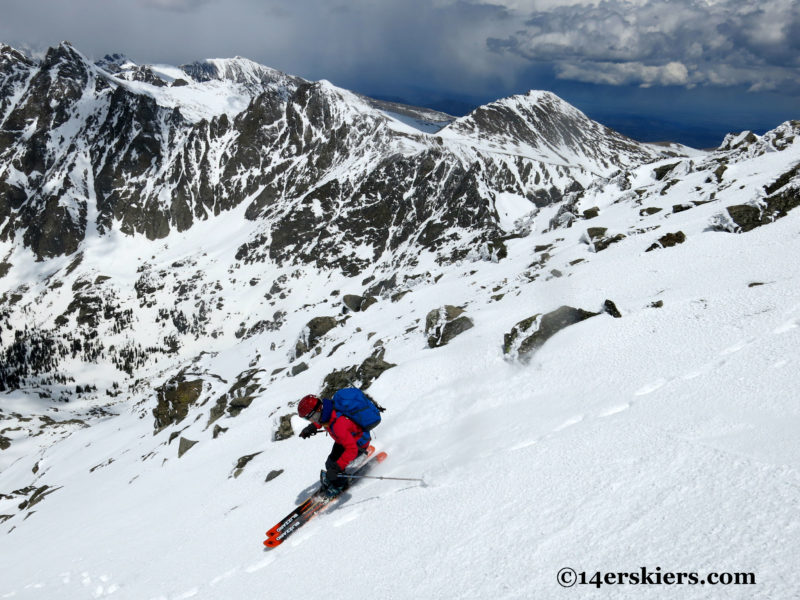 The couloir had some prime skiing. Honestly, we couldn’t have asked for better conditions on the upper 2/3 of the couloir. 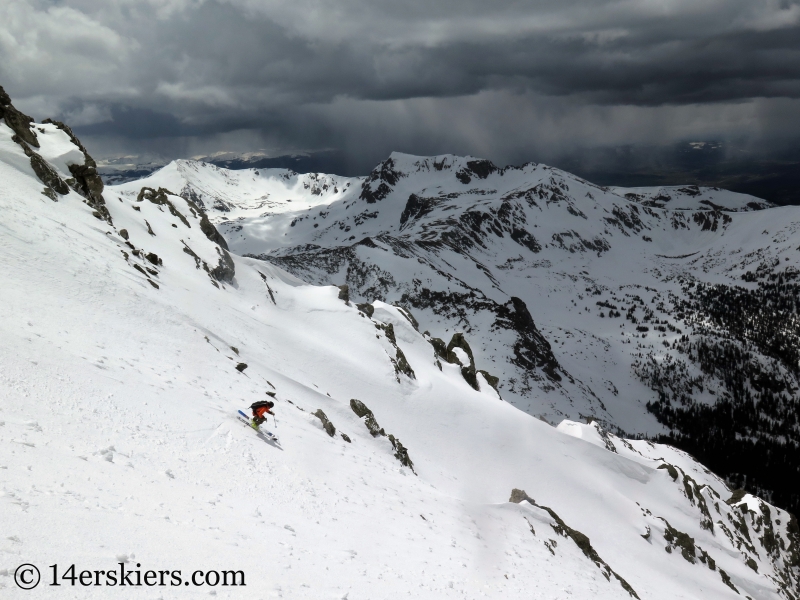 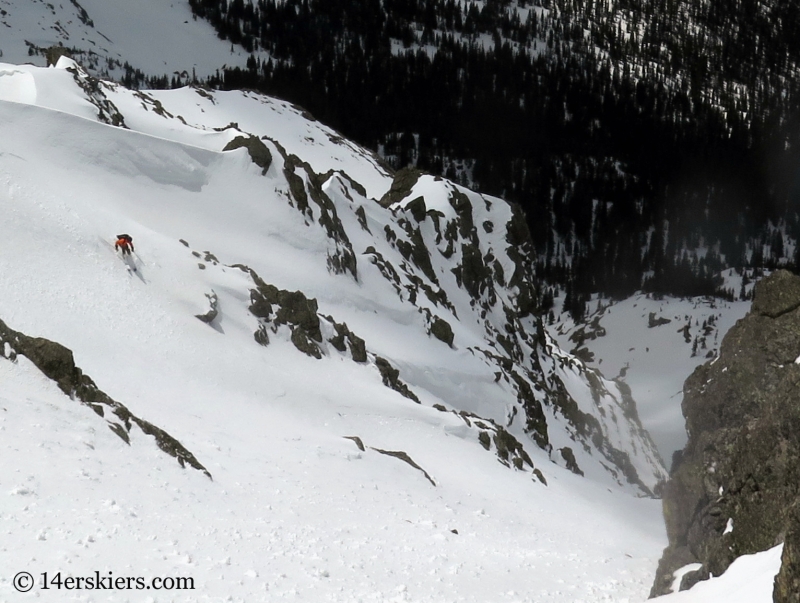 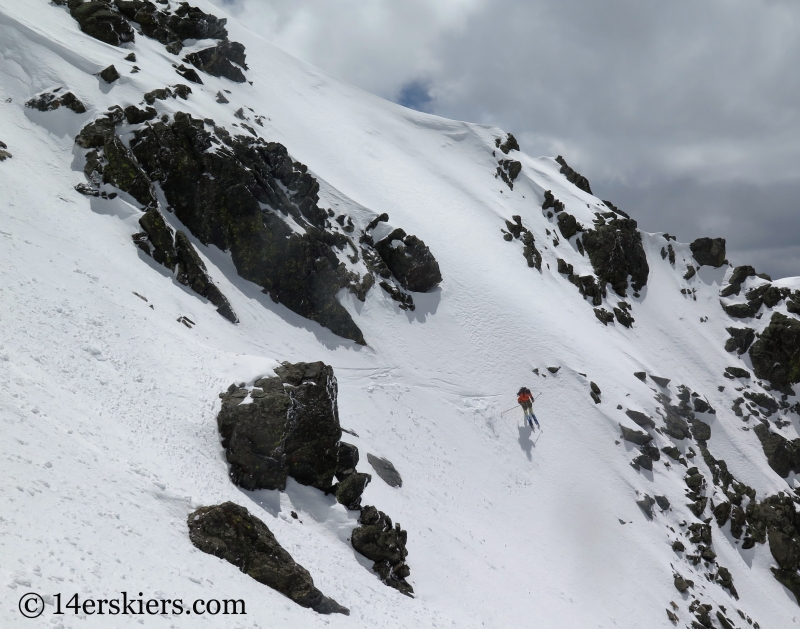 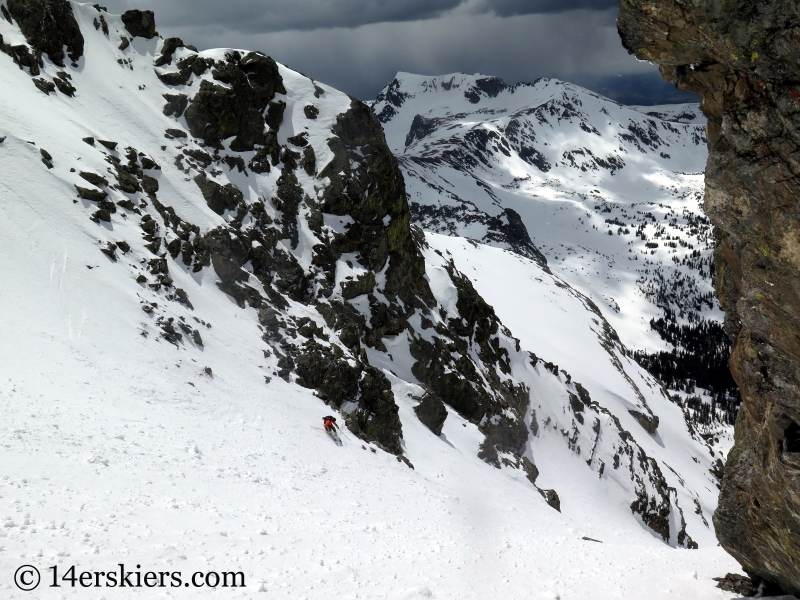 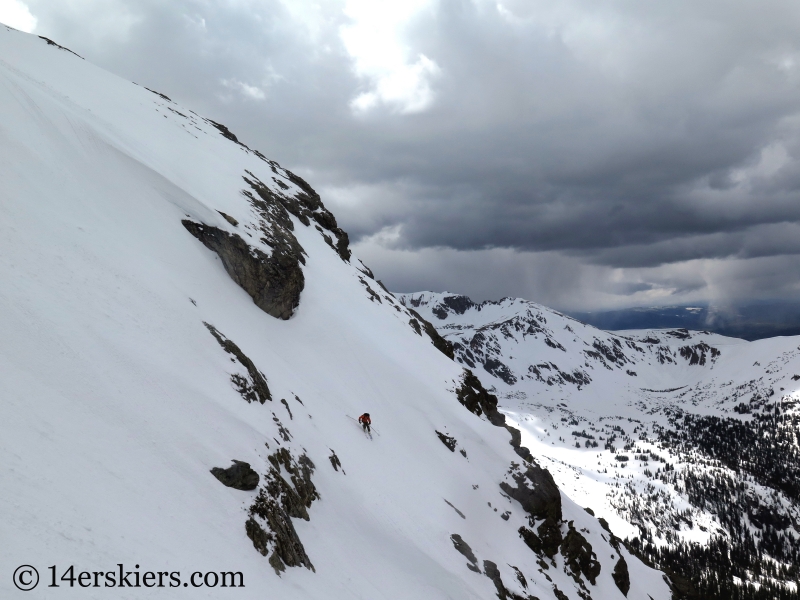 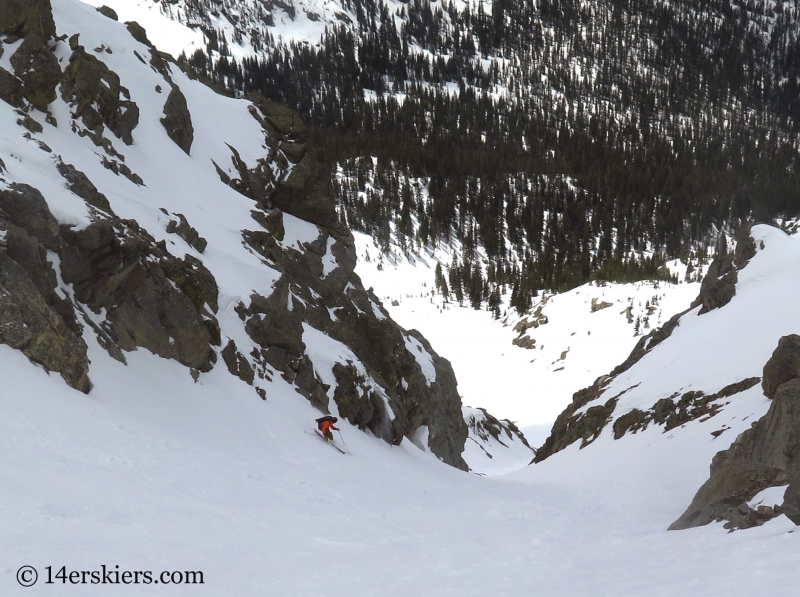 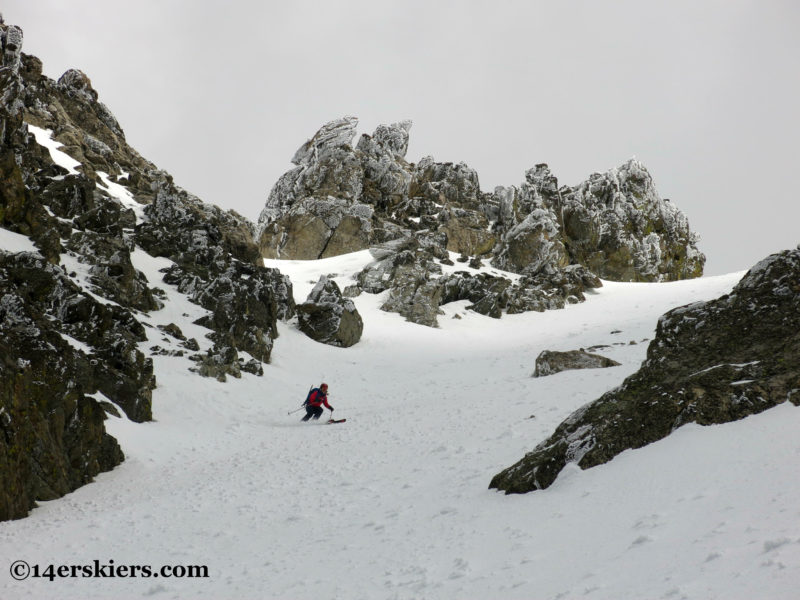 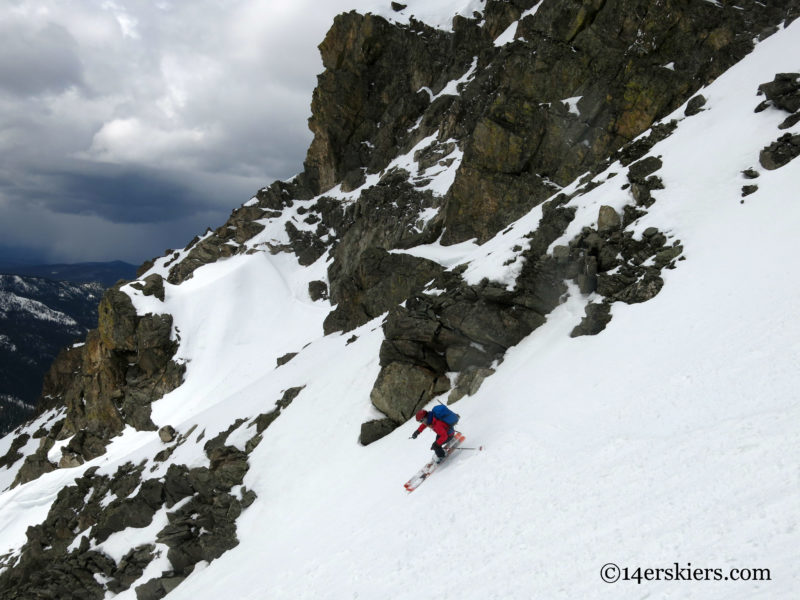 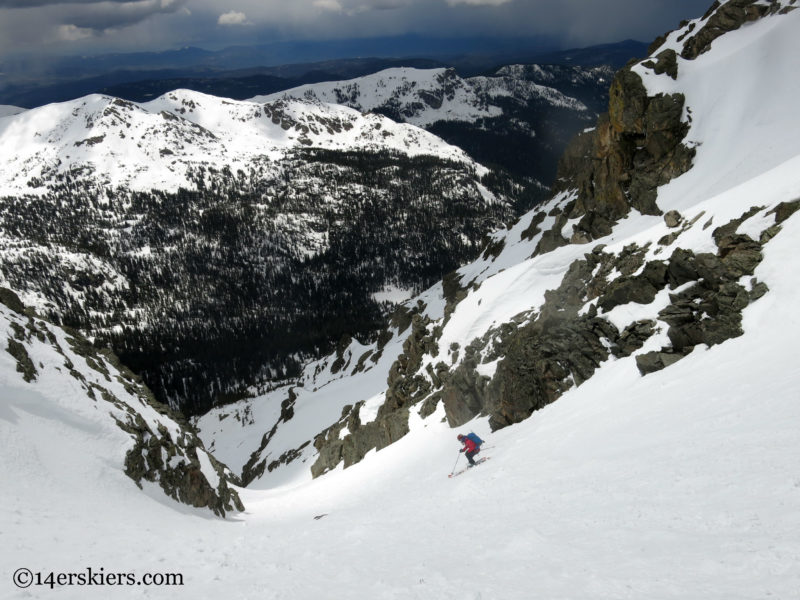 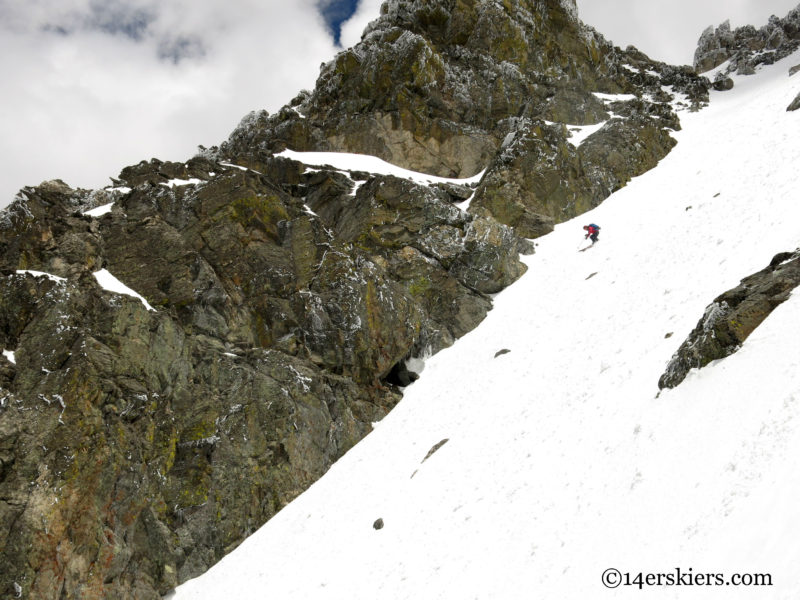 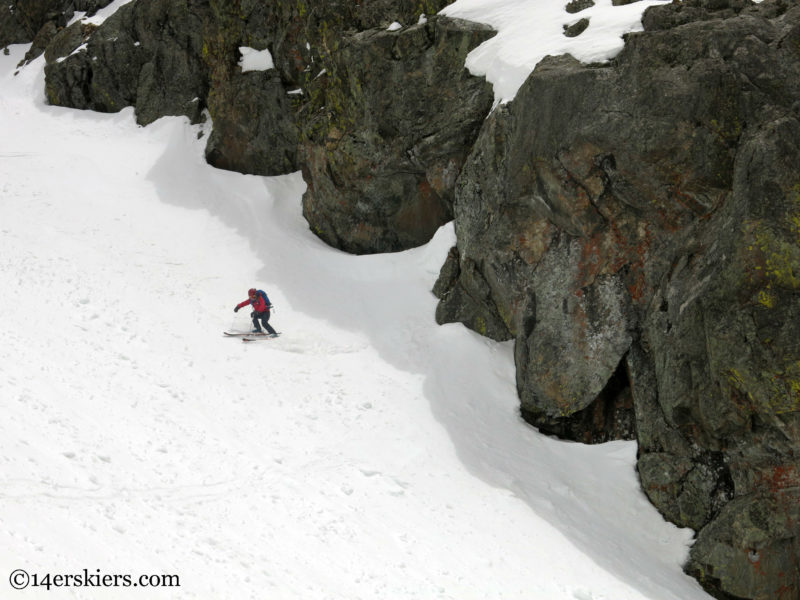 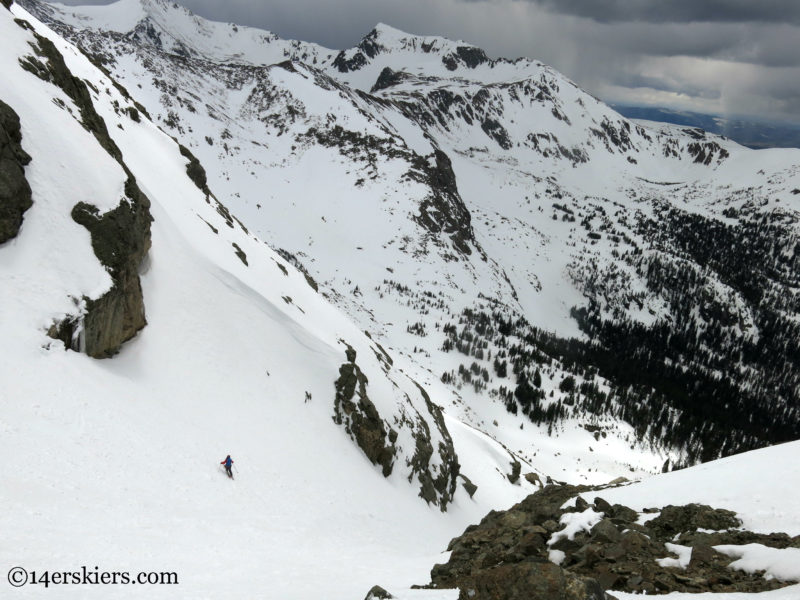 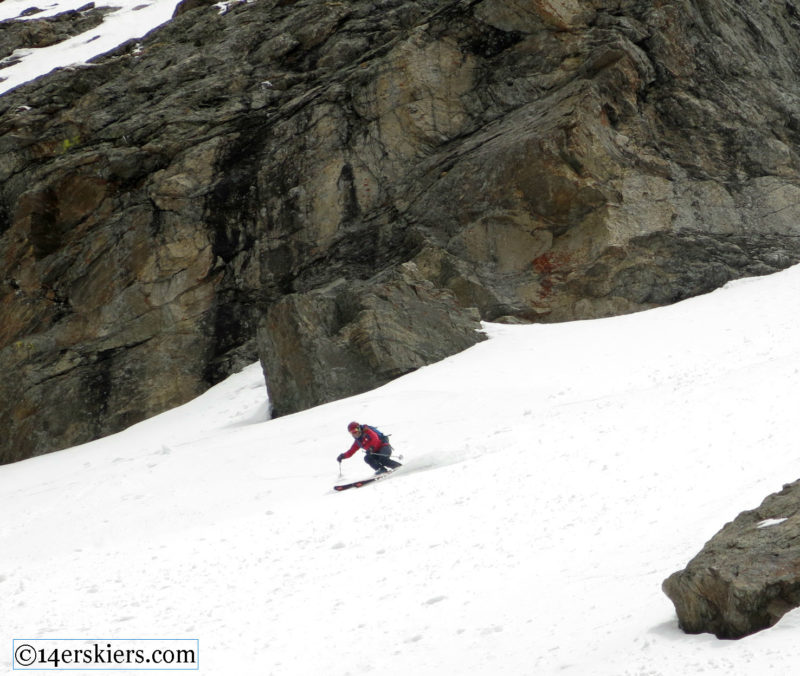 After descending the couloir, we reascended the pass, reaching it just as the clouds were moving up the valley. We descended back to the trailhead in graupel, only to have sunny skies back at the car. Such is skiing in spring!

Northstar Couloir on North Arapahoe Peak is a fantastic ski line that I think gets missed a lot. But, this one should be on your radar. It’s a fun route!