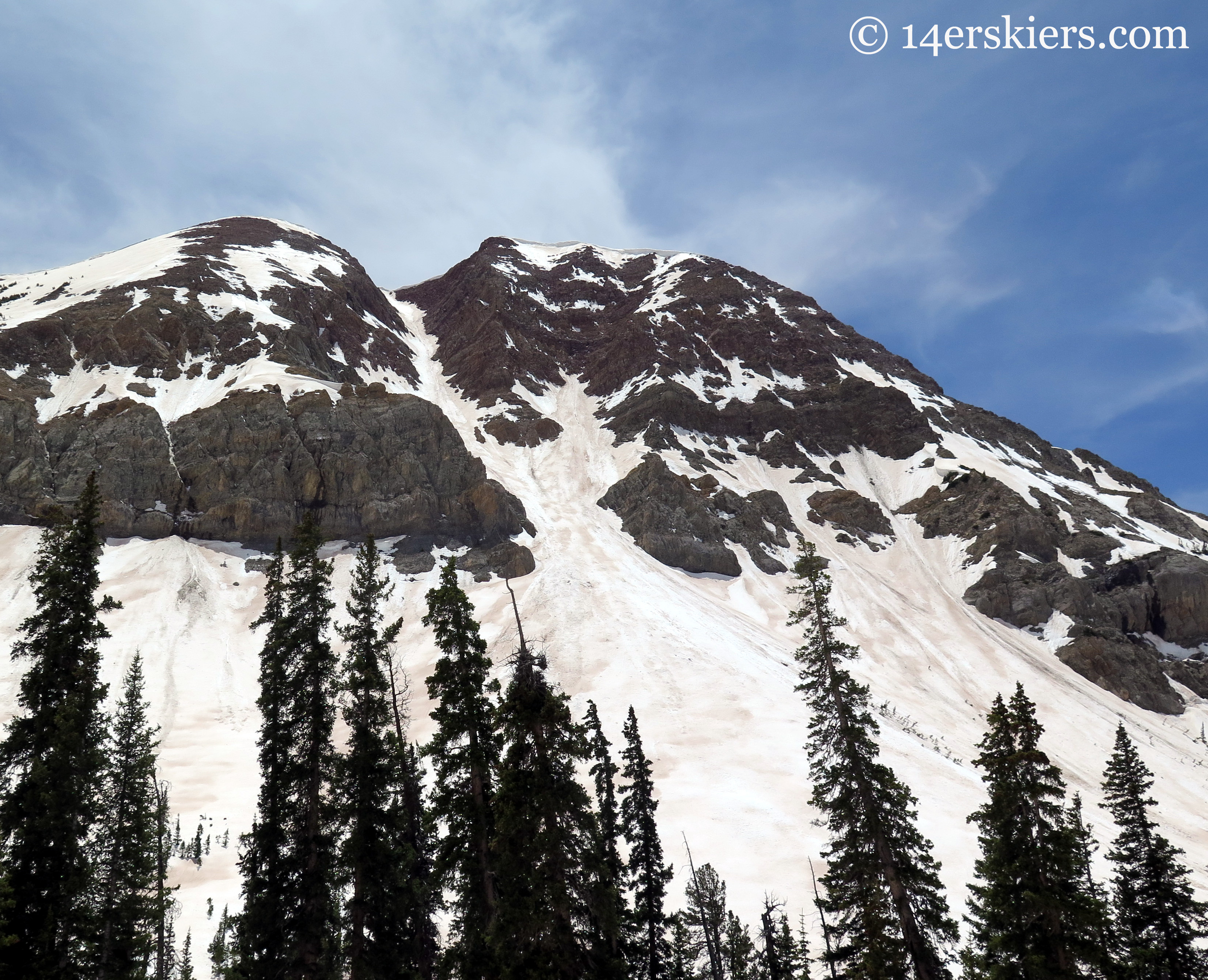 The line sits on the north side of White Mountain, hidden from the view of Crested Butte. But, to those who venture a bit further up the Copper Creek Valley, the line becomes obvious. Beginning from an obvious notch in the ridge, and tacoed in between cliffs, the name El Natcho suddenly becomes obvious. The spelling of it is less so- El Nacho? El Natcho? El Notcho? It’s not in the dictionary or named on a map. So, the spelling is somewhat unofficial and occasionally disputed. 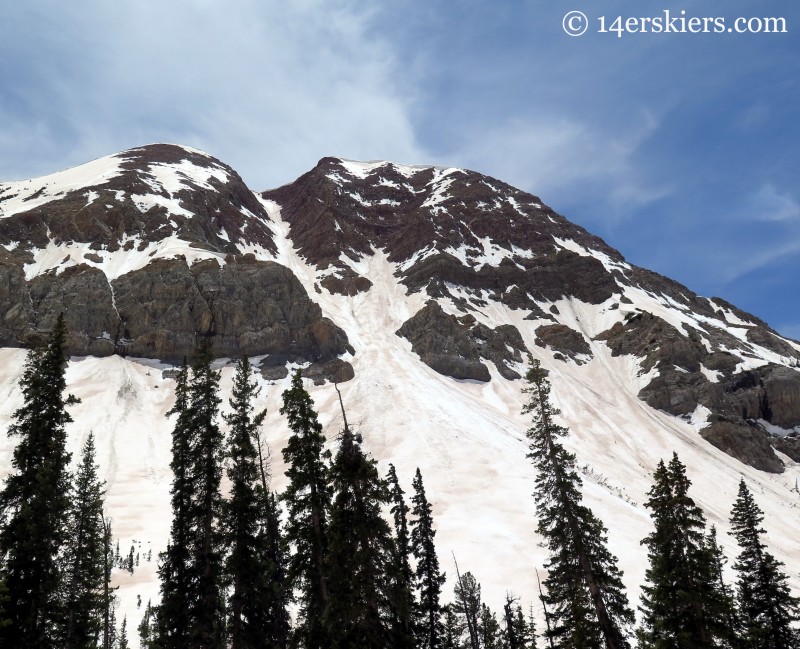 From on top of White Rock, El Natcho stands tall and proud. And it became something we wanted to ski the very next day. Unfortunately, neither Jen or Frank could join me. But, I was able to sequester Ben. We headed up the Copper Creek valley and then took a sharp right hand turn through the forest to gain our way into Queen Basin. From there, we climbed El Natcho directly. Ben climbing. 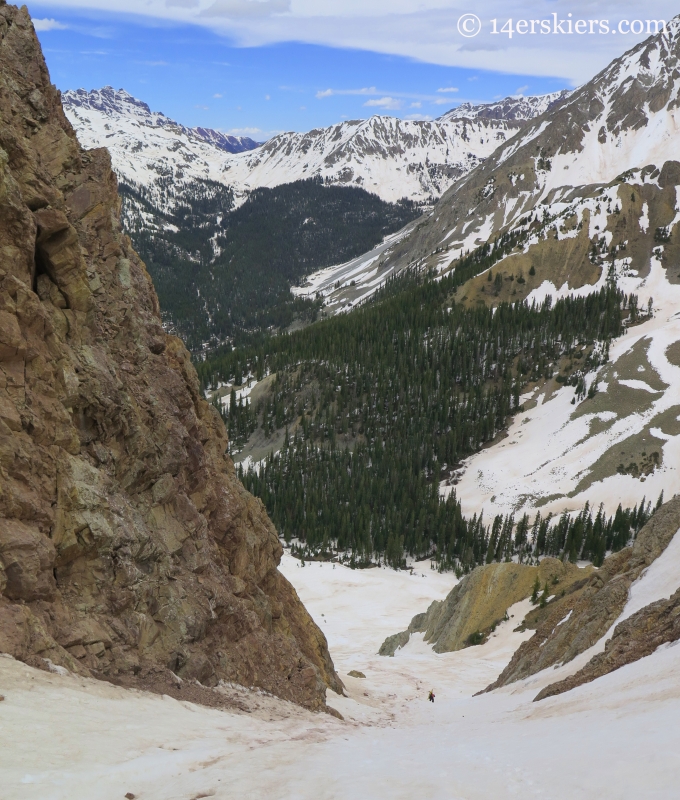 As we climbed, I absorbed the beauty of the upper Copper Creek Valley. Looking up the valley toward East Maroon Pass. This is one of the ways to access Aspen. 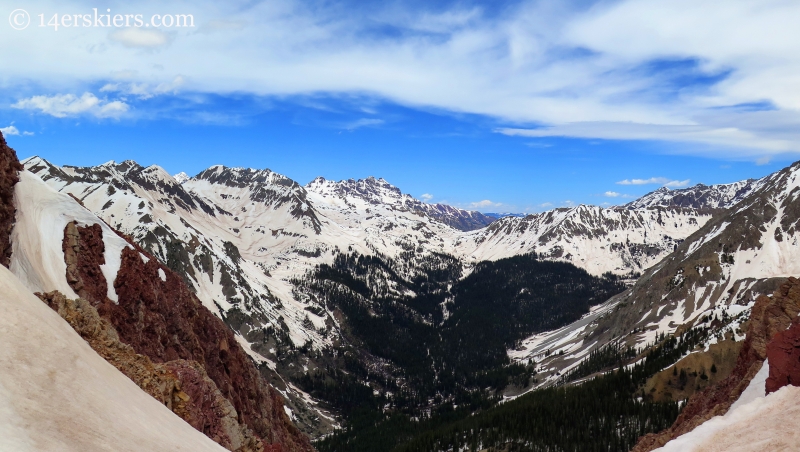 Cassi. Possible objective for the near future? 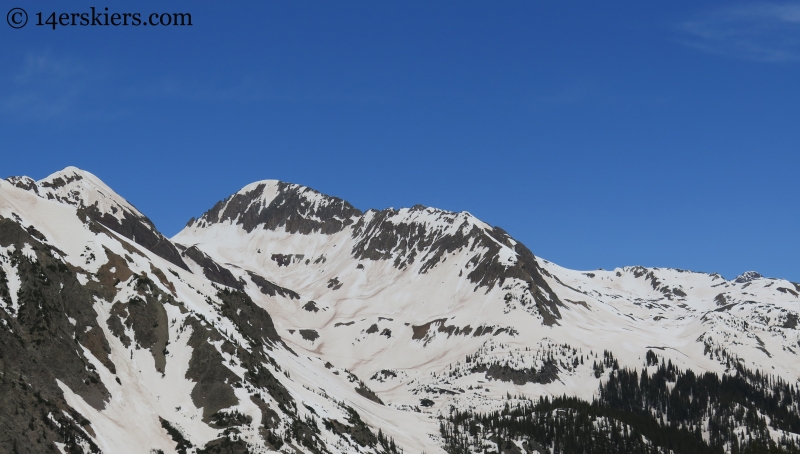 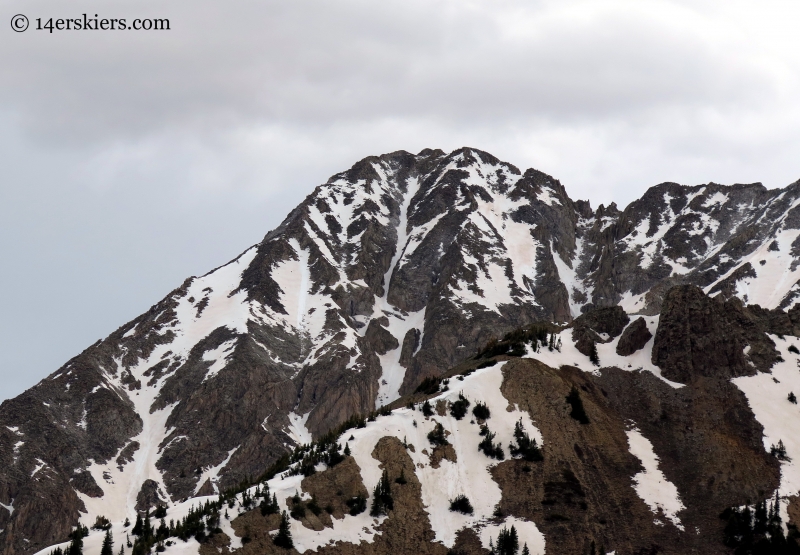 Ben rounding up near the top of El Natcho. 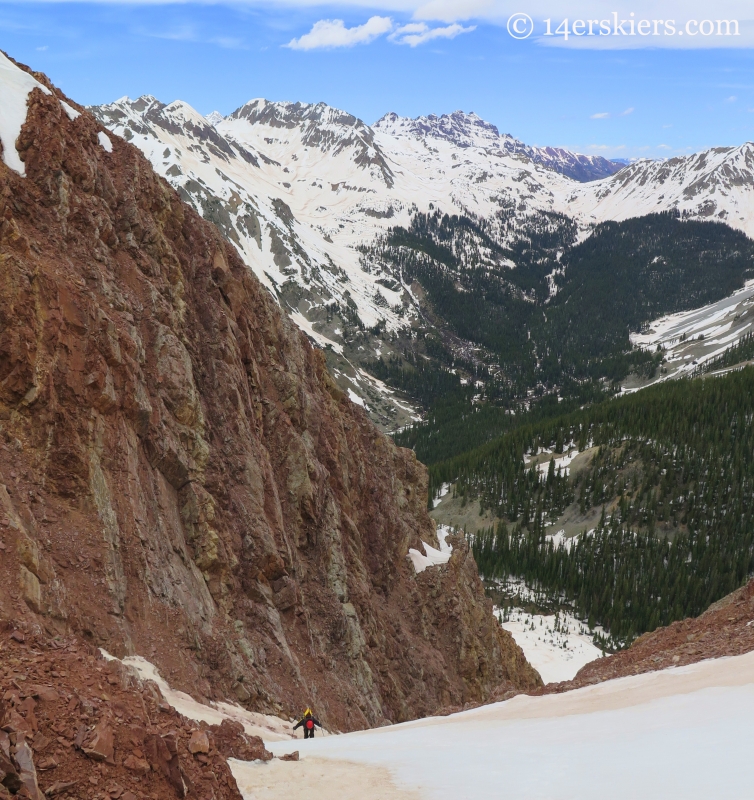 The views looking south toward Crested Butte are always amazing from this perspective – mounds of mountains rising from a flat green valley below. 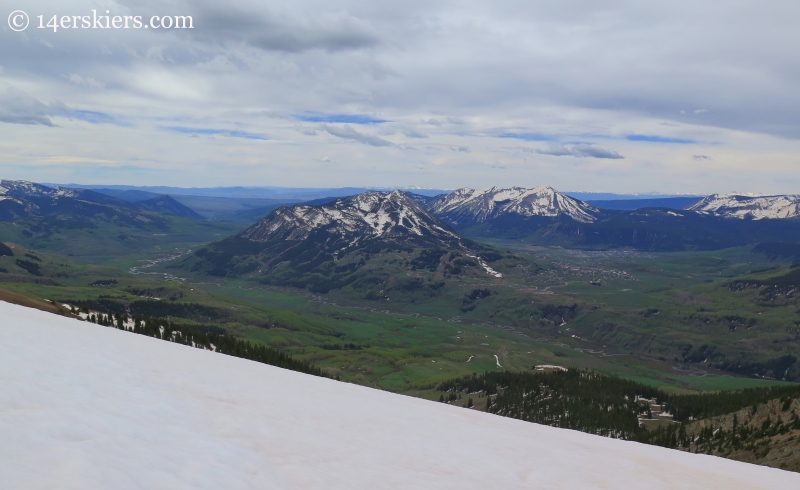 Though the line was certainly “dirty” in places, the top was smoothly covered by a thin layer of fresh snow, likely deposited during a rain storm earlier in the week. Ben. 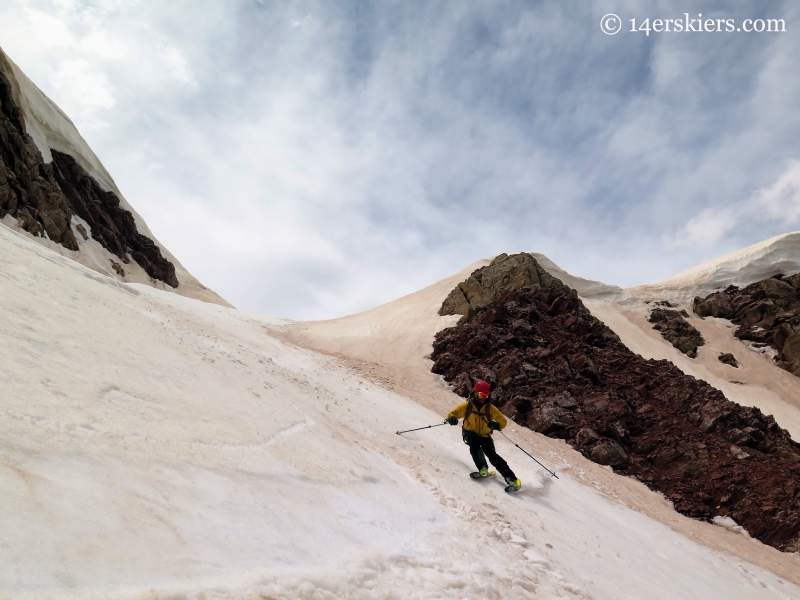 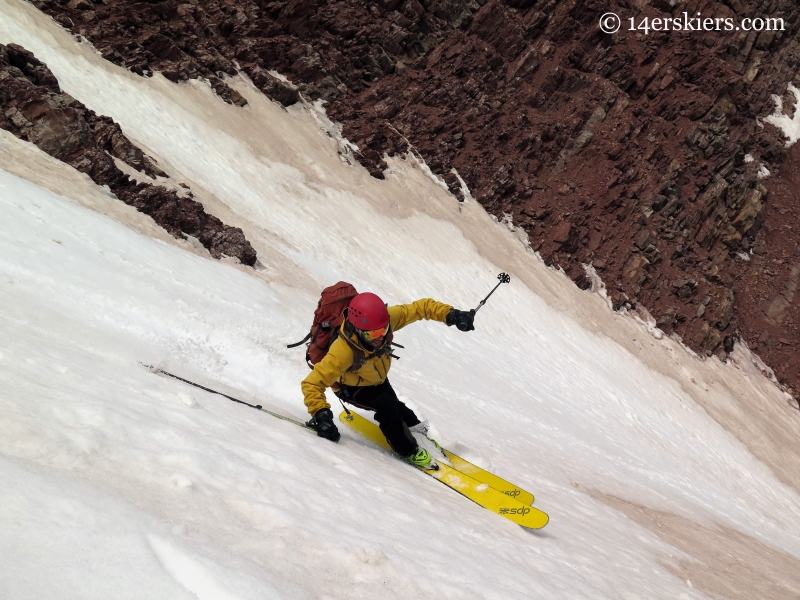 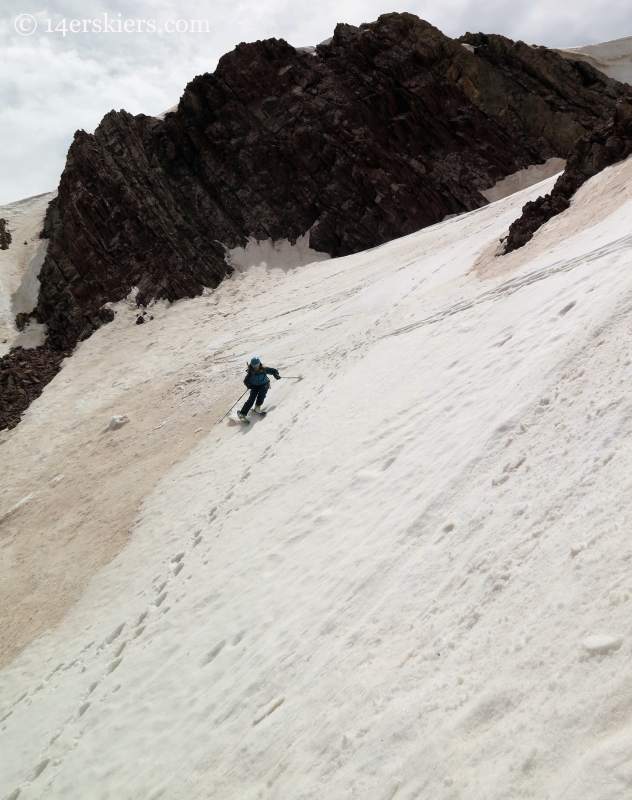 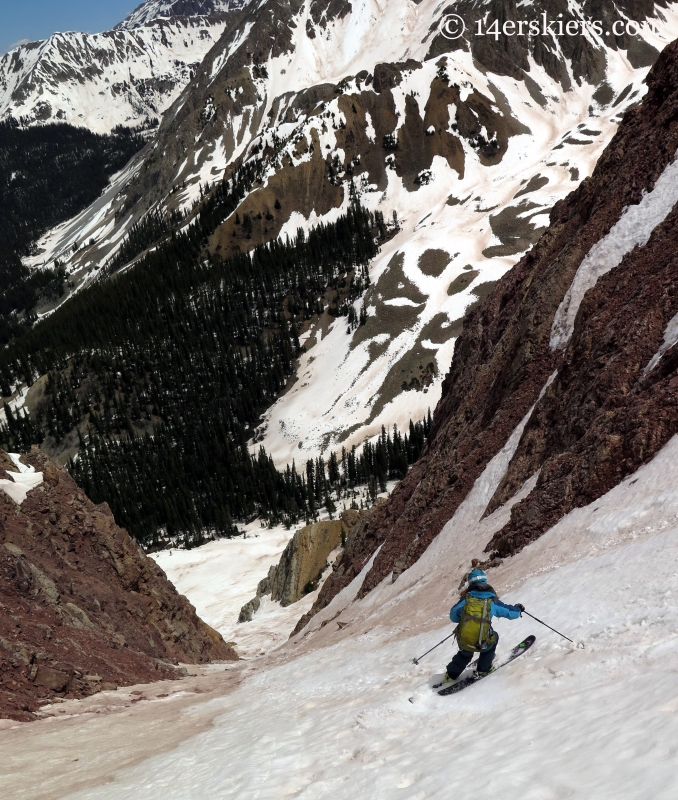 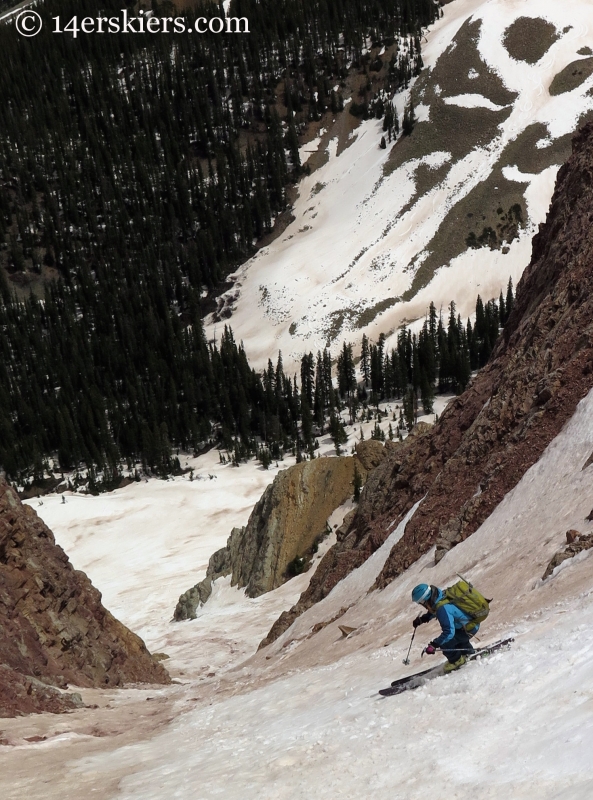 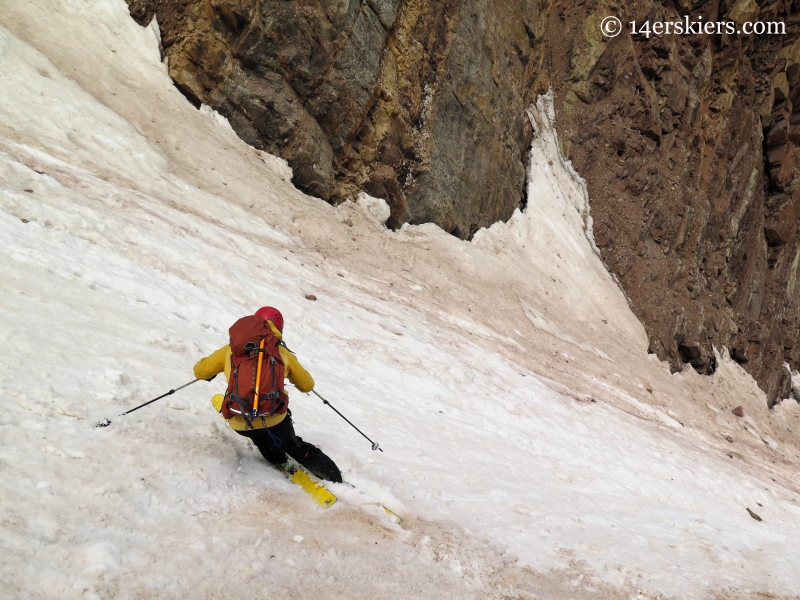 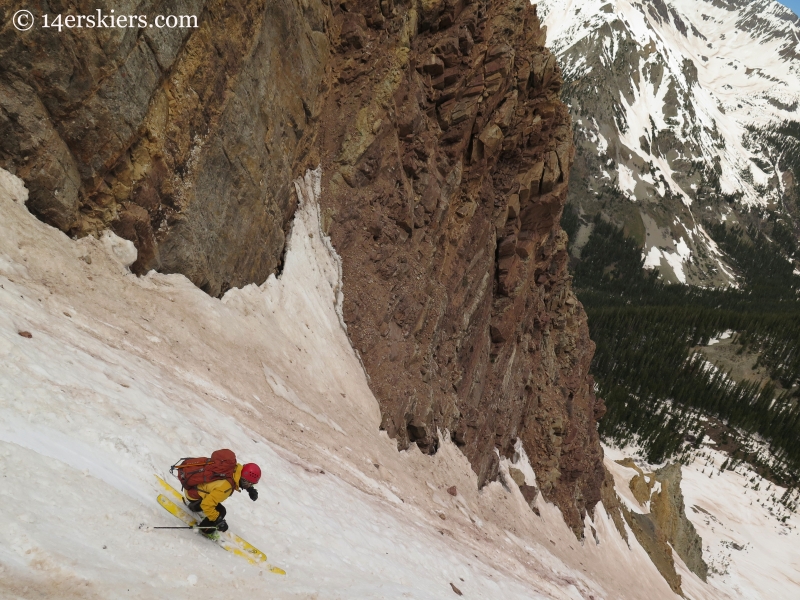 Me in the apron. 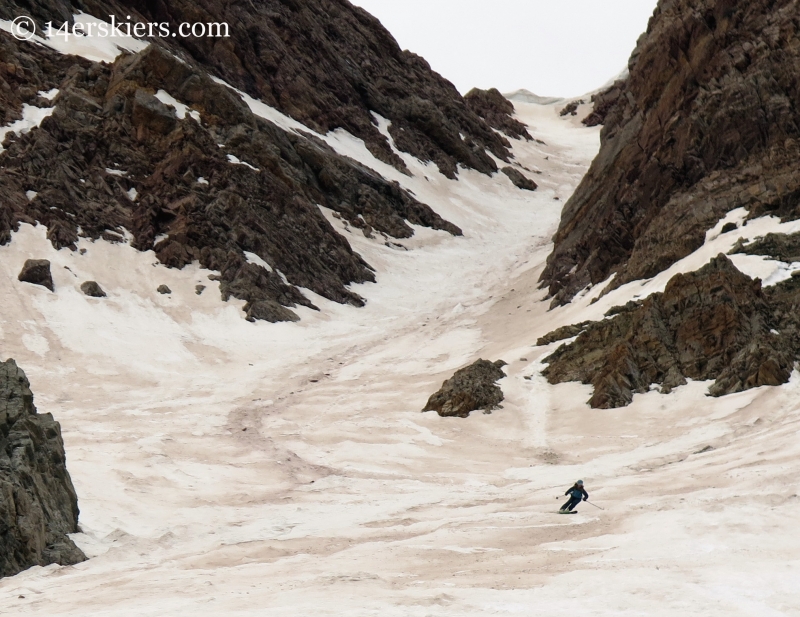 The snow is holding up well this June. While it’s tempting to trade in the planks for the wheels, bike trail access is still somewhat limited. So, as long as the skiing remains good, and the biking and hiking trails continue to be limited, I might as well keep skiing 🙂 It’s certainly been a great year for it!