The second half of January has brought two weeks of high pressure. Blue-bird skies and cloudless days became a welcome change to our previously seemingly endless days of snow. It took a while for our snowpack to settle, but it did.

January high pressures are not unusual to us in Crested Butte. And a trip up Gothic seems to have become a January high pressure ritual for us. Conditions seems prime to hit some softening south-facing snow. I was forced to have a shorter ski day due to a plethora of work. And our friend Alex, despite having skied many accomplished lines in the area, had never skied Gothic before. All these things pointed us to the Gothic Spoon.

We began our ascent on skis. But, the frozen south face was slick. So, Alex and I transitioned to booting. Alex ascending. 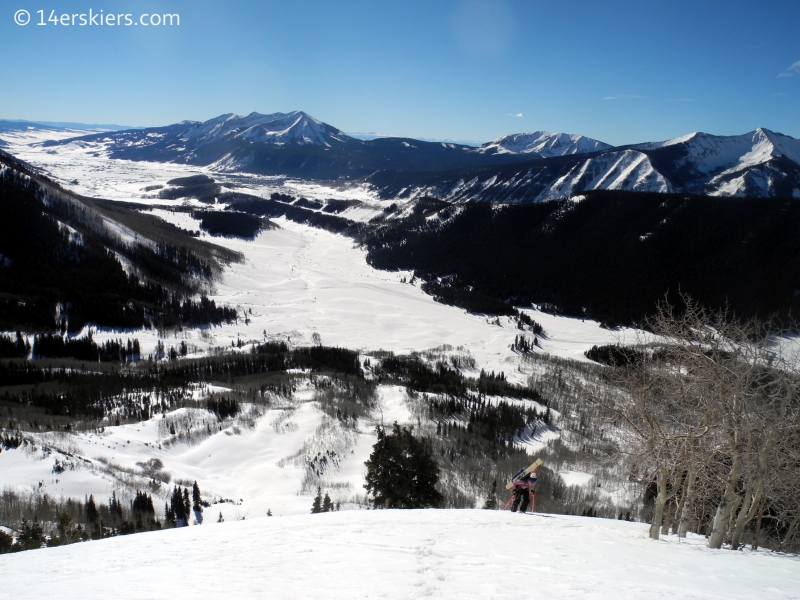 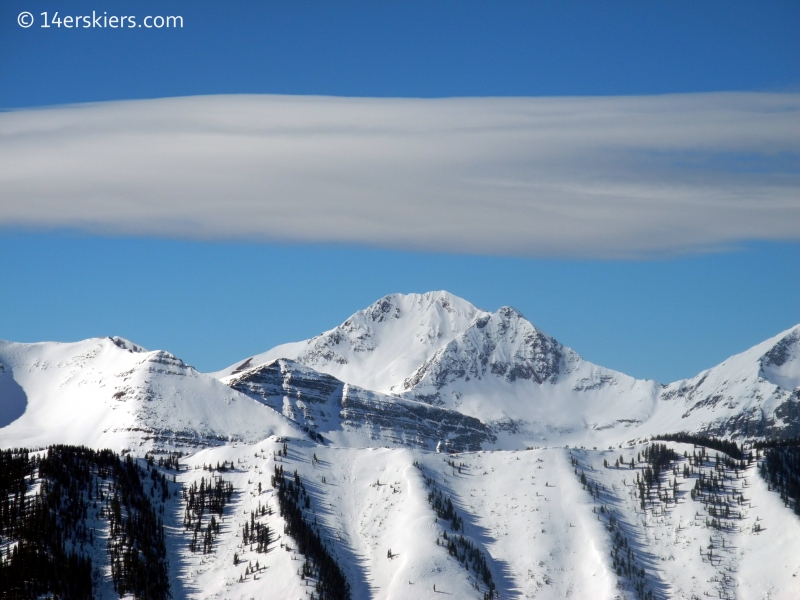 Me, near the top of the Spoon. 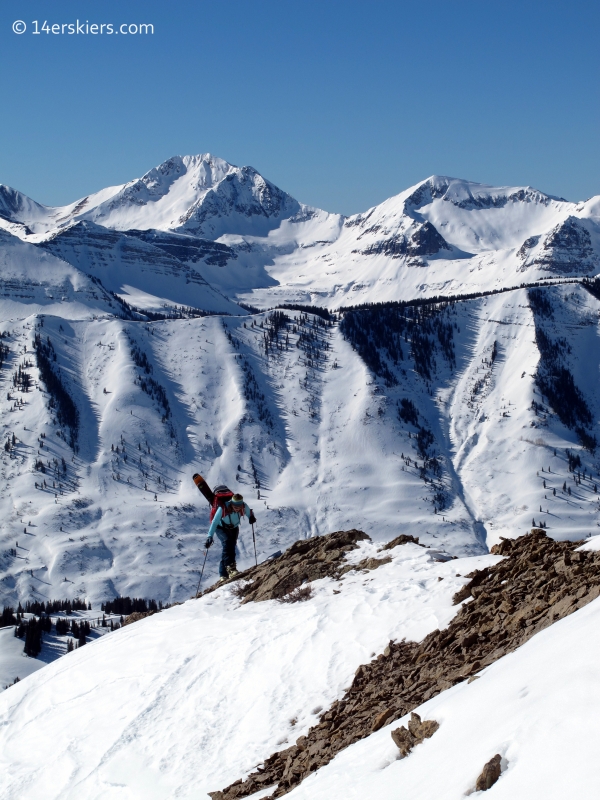 The skiing was pretty near perfect. Frank dropping in. 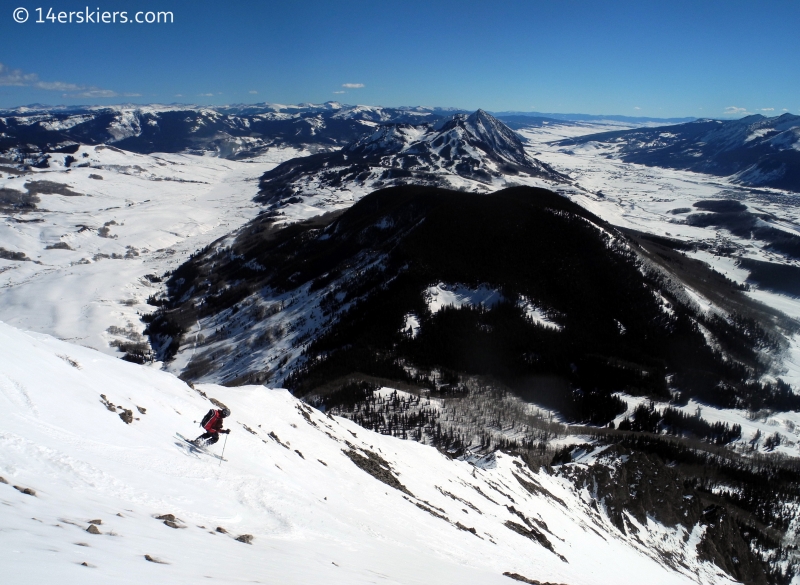 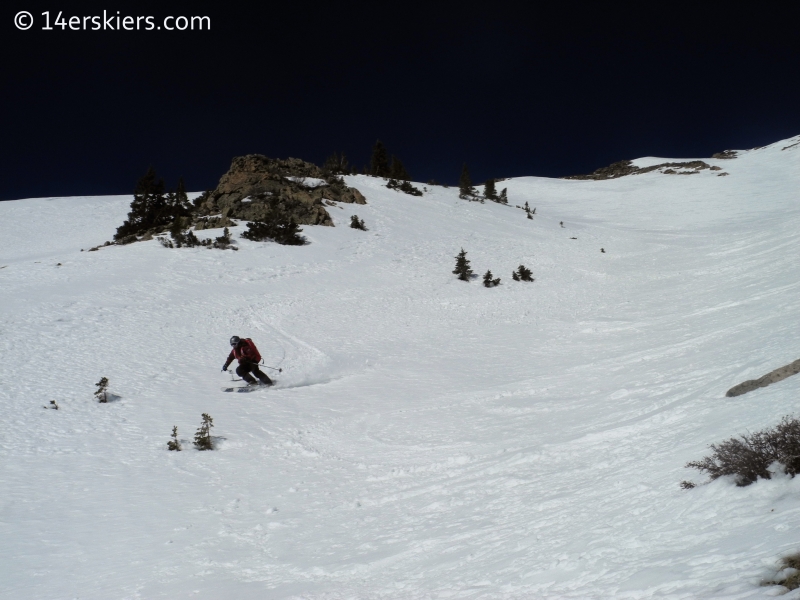 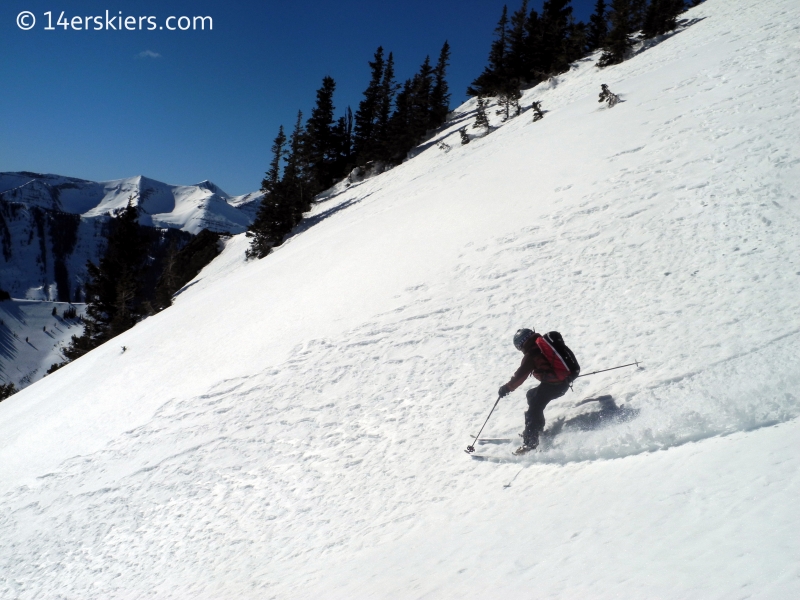 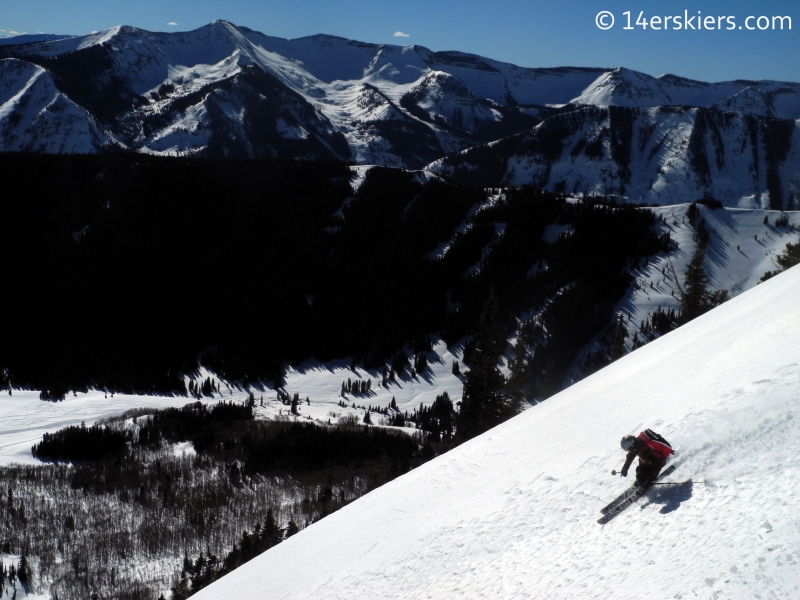 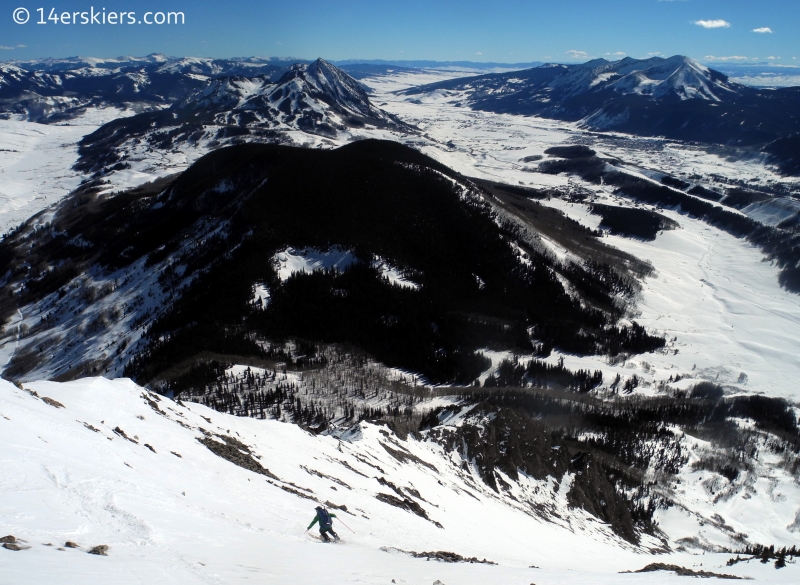 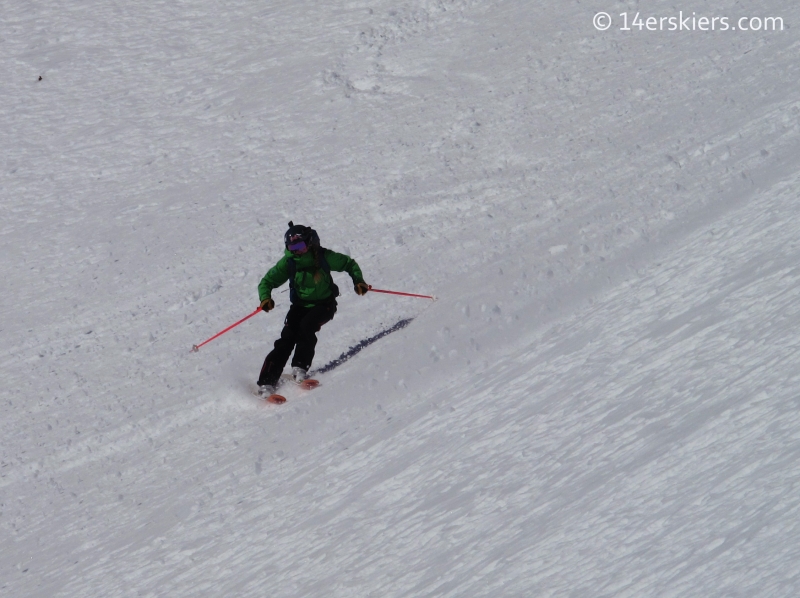 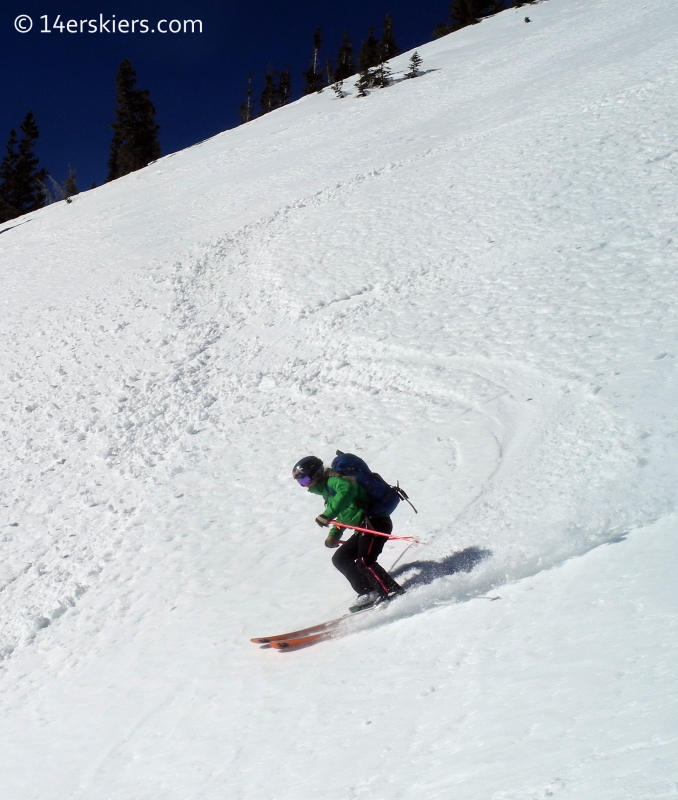 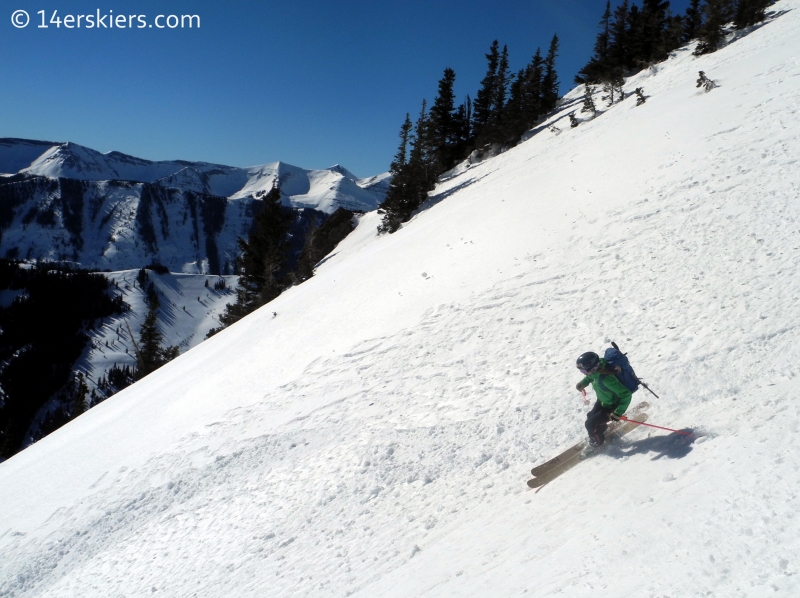 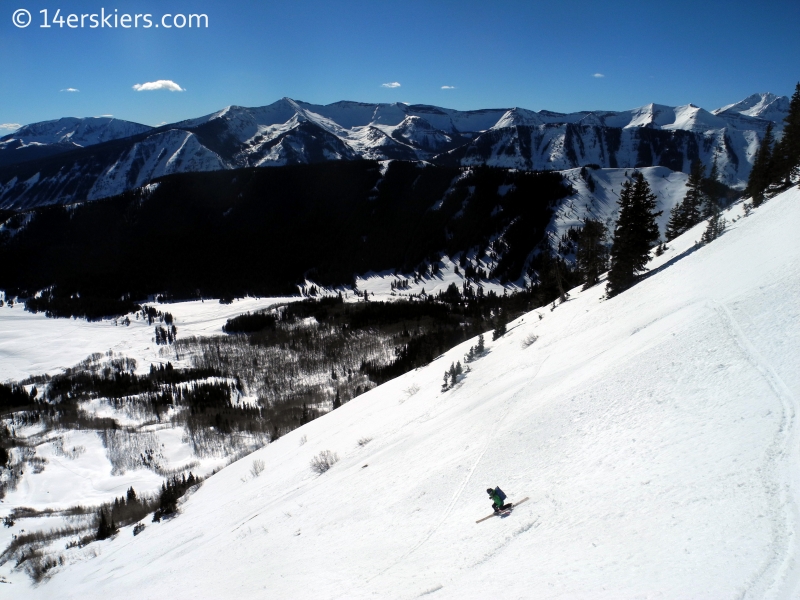 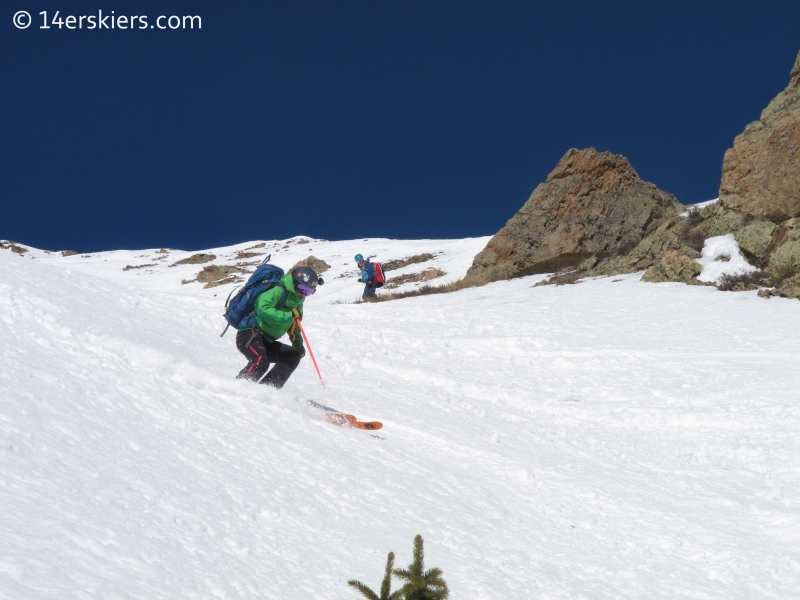 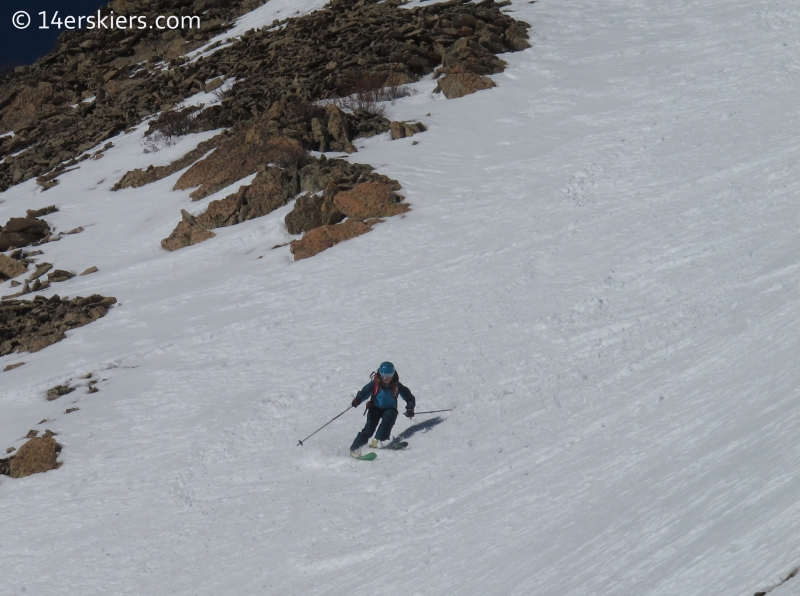 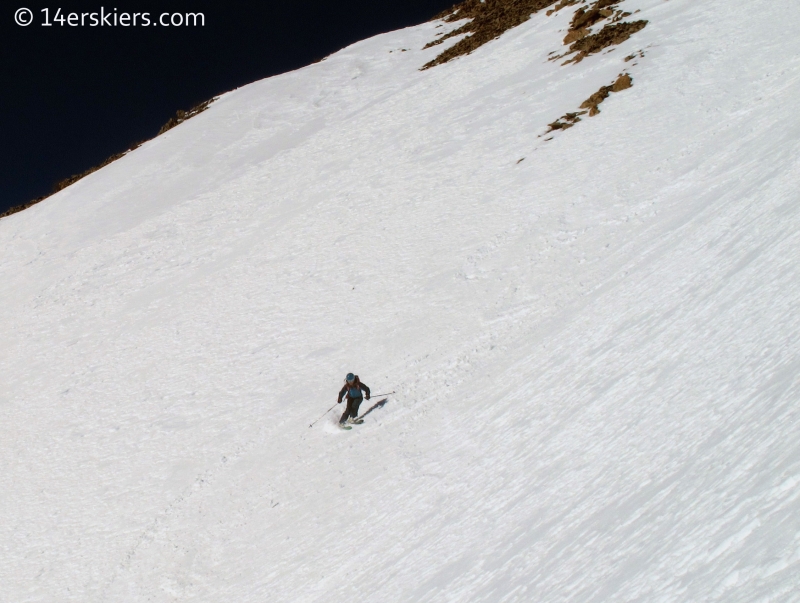 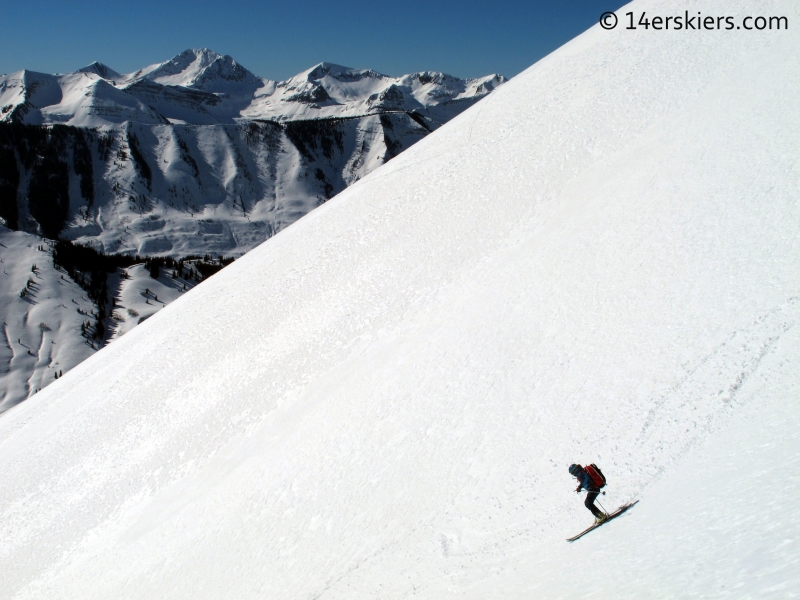 Me approaching the choke. 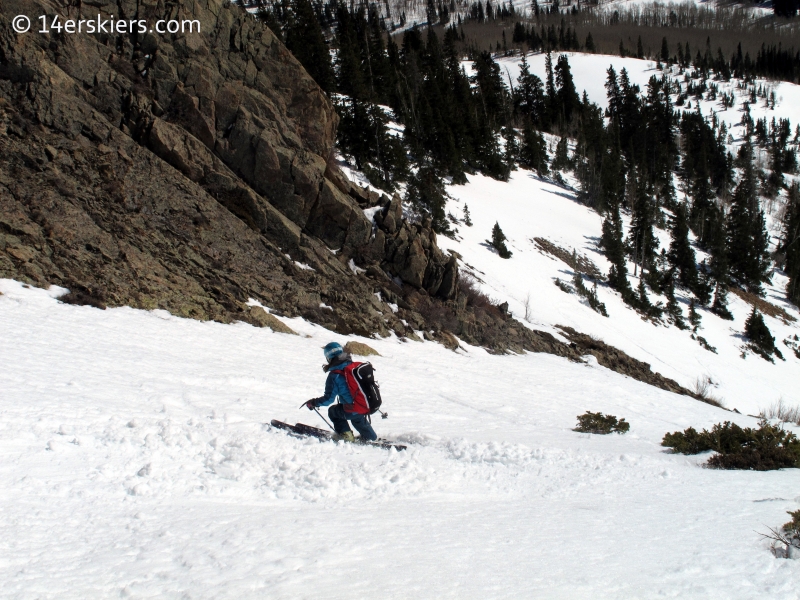 The choke is always an interesting part of Gothic because skiers cannot see the way through until they are right by it. As I looked for the ramp, I suddenly realized…. “It doesn’t go,” I said. It was the first time we’d encountered this, and we’ve skied this line on some pretty low snow years- and this is not one of them. Needless to say, we were surprised to find the ramp devoid of snow. But, it was an easy fix. We snapped off our skis and traversed downward toward more snow where we could put on our skis again. 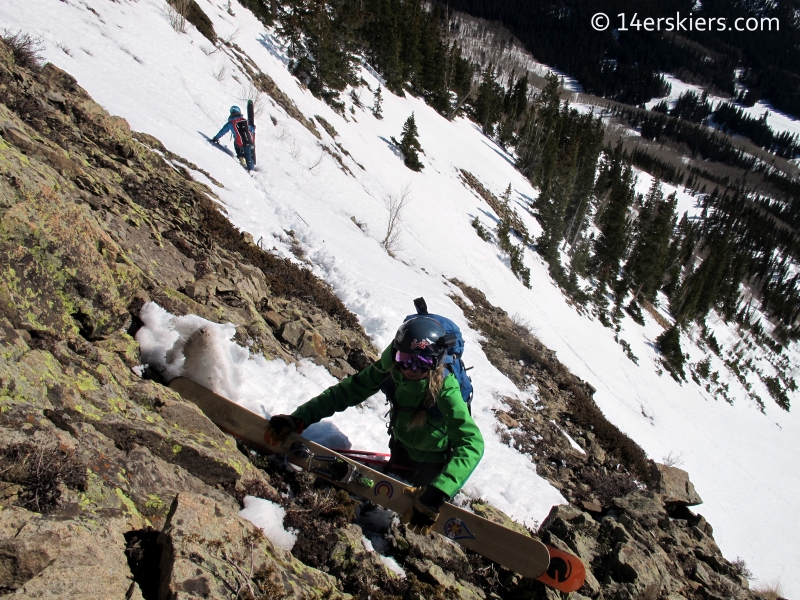 We found great skiing below the choke- which, based on my Gothic experiences, is a rarity. Me. 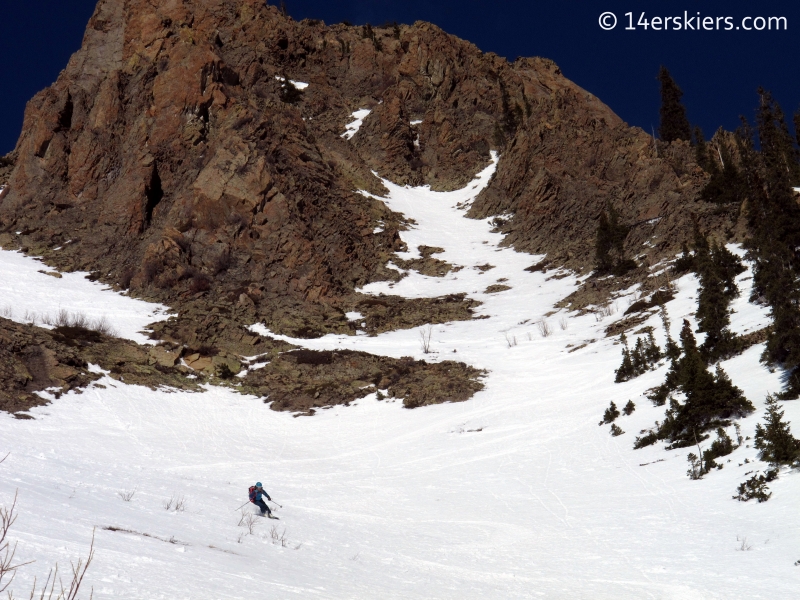 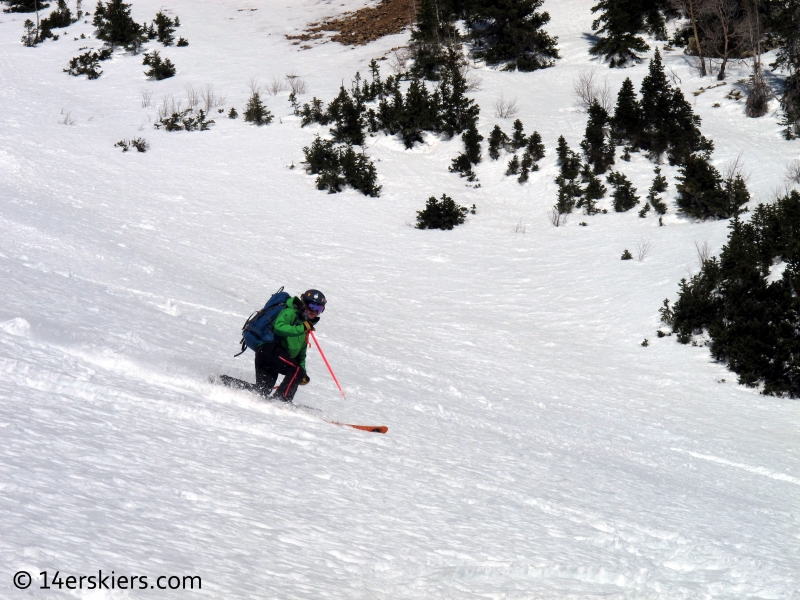 A look back at the day’s line. 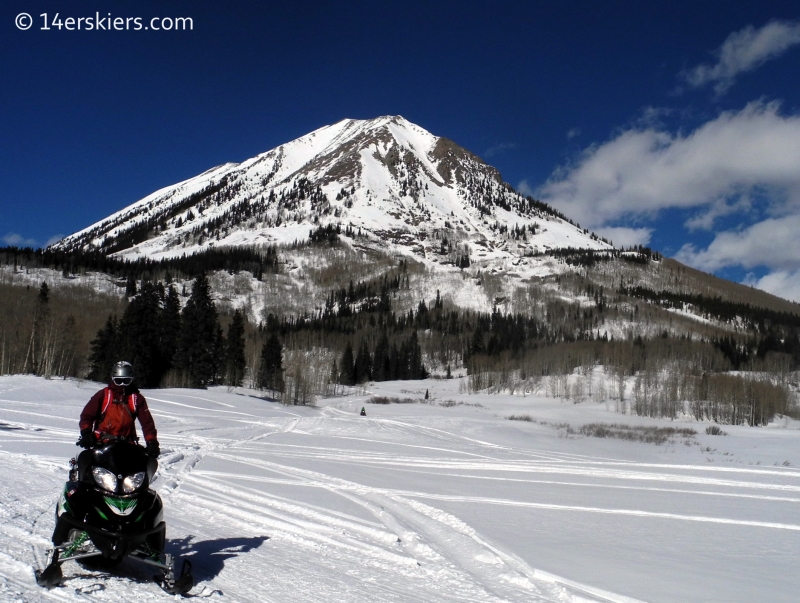 It’s always a pleasure to get up into the high alpine. And the Spoon is a classic Crested Butte line that every backcountry skier adores. But, we are happy to be expecting a new dose of fresh snow, heading our way very soon 🙂