Last week’s high pressure worked to stabilize our thin snowpack, but did little to improve the condition of the snow from a skiing stand-point. With a couple of friends visiting from Denver, we decided to go on a fun day of slogging. If the snow is less than desirable for skiing, why not just go on an adventure?

We headed out early in the morning, from the Gothic Rd winter closure: Jarrett, Adam, Hillary, Jeff, Frank, and I.

Skinning, with the mountain we would climb behind.

Jeff, Hillary, and Jarrett with the ski area and Whetstone behind.

Heading up the ridge. 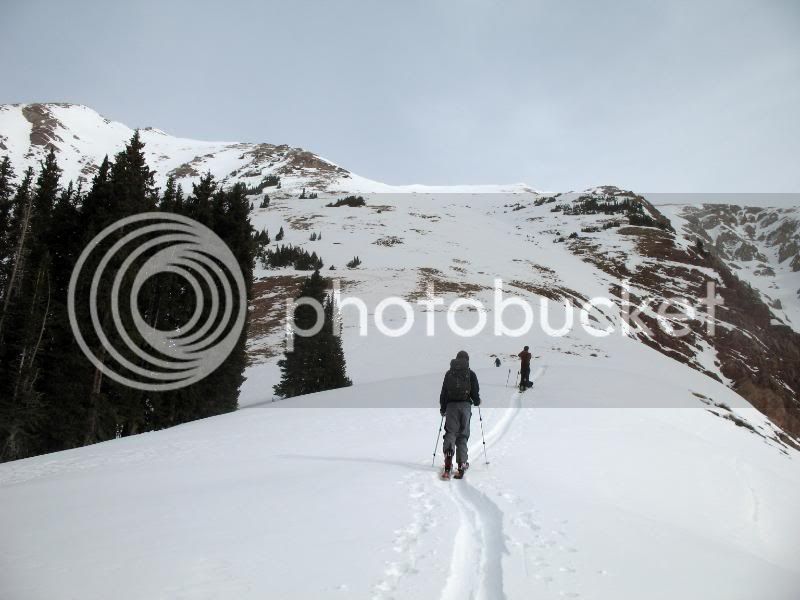 This looks like a fun line to ski in more snow.

The middle part of the ridge was steep and icy- a bit treacherous. But we all made it to our rendezvous point.

We continued up the ridge until we got to this- Queen Basin.

Hillary approaching the crest of the ridge.

From there, we decided to split our group of six figuring it was safer to have two groups of three ski separate couloirs down to the basin’s bottom.

Adam, Jeff, and Hillary opted to drop into the first chute that came across our path. Adam (photos by Jeff)

Jarrett, Frank, and I headed along the ridge, searching for a different line. We spotted some ptarmigans along the way.

Finally, we dropped in. Frank lead the way.

Hillary and Adam captured it best (photo by Jeff). 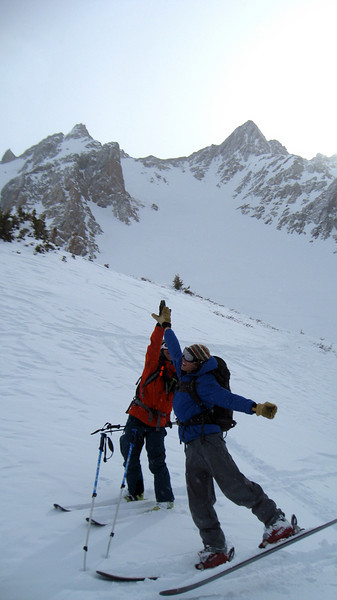 The basin bottom had some flat, but good skiing- recycled powder.

One more look at Queen Basin before entering the trees.

After traversing skiers left for awhile we found a nice opening to ski. Adam.

We made our way down to the Copper Creek / East Maroon Pass trail and followed that back to the town of Gothic. From there, we slogged up Gothic road back to the trailhead. 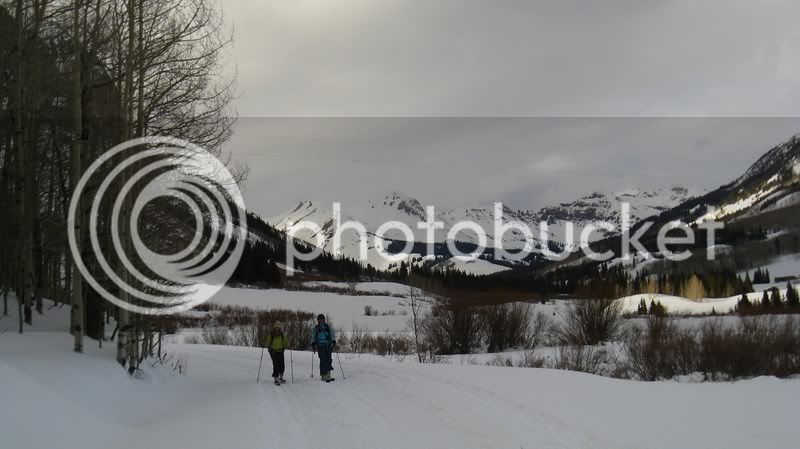