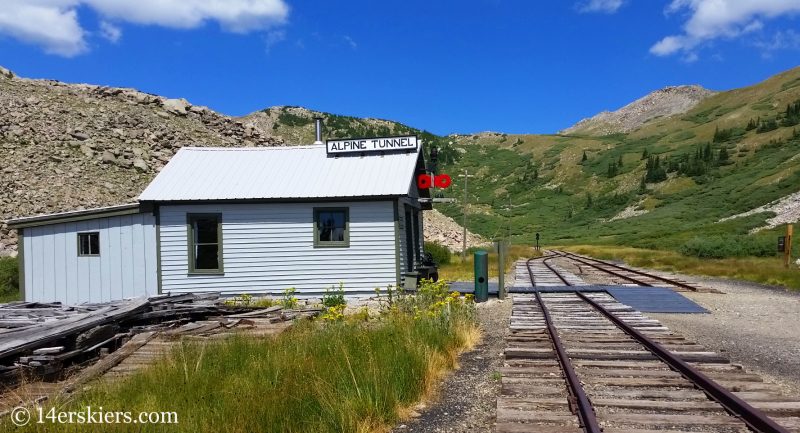 The Alpine Tunnel is something we definitely hear about in these parts. And, rightly so! It’s a huge engineering feat, especially for being built in the late 1800’s. Years after closure of the tunnel, the tracks were largely removed and a road was formed in its place. Today it’s a AWD road, but with its moderate railroad grade, this road is also great for biking – perhaps even more-so this year than in previous years as the upper part of the road has been closed to cars due to road damage from a recent landslide.

My dad and stepmom were visiting the area. I’ve been wanting to take them on this ride since we rode it a couple of years back. I was recovering from knee surgery and only allowed to ride on roads, so the Alpine Tunnel road seemed like a great choice.

We parked lower down on the road, not very far past the turn-off from the road that runs between Pitkin and Cumberland Pass. We rode from there, even though the road closure was still miles above us.

Many historical markers can be seen along the road to the Alpine Tunnel like this water tank which was used to refill the engines on the trains.

The marker below not only talks about the water tank, but also the harsh winters the people had to endure. It was not uncommon for the workers to have to clear out 10 to 15 foot snowdrifts off the tracks.

I have heard quoted that the 1962 avalanche that took out the town of Twin Lakes and killed 9 people was the avalanche with the largest deaths in Colorado. They must be only talking about more modern times, because thirteen people perished at this 1884 avalanche in Woodstock.

Frank at a partially restored section of tracks. This section of railroad was operated by the South Park and Pacific Railroad. The tunnel was built so that trains could travel from Denver through the Continental Divide to Pitkin. In fact, this tunnel was built as part of a race between two railroad lines to see who could cross the Continental Divide First. Unfortunately, the Denver and Rio Grand won the race with their route over Marshall Pass.

The road was closed to motorized traffic at the Sherrod Loop, which is a giant switchback in the the road. It was still a few miles away from the Alpine Tunnel.

After the Sherrod Loop, the road narrowed and climbed up along the side of the mountains.

The hole in the road which was the reason for its recent closure to motorized traffic. I am not sure if they intend to repair this road any time soon…

Imagine all the work they put into building and maintaining this railroad track! 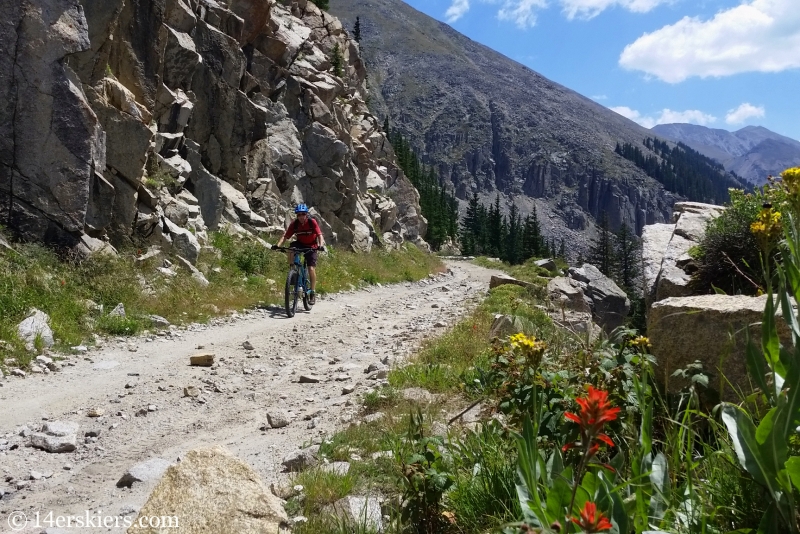 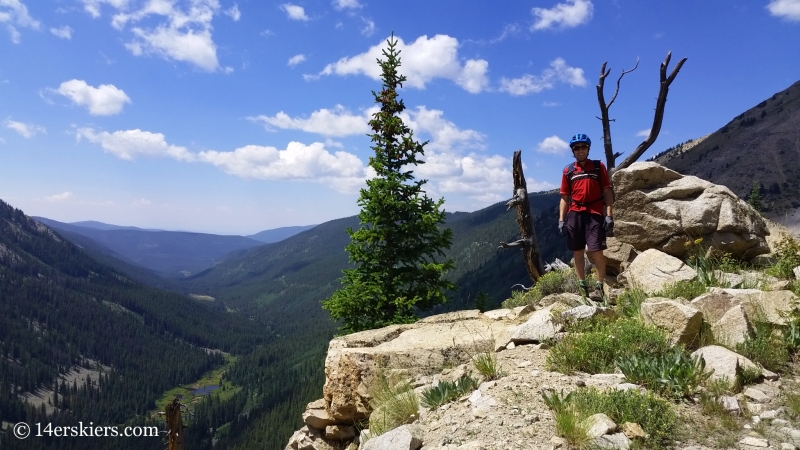 Near the top, there is the restored Alpine Tunnel train station. 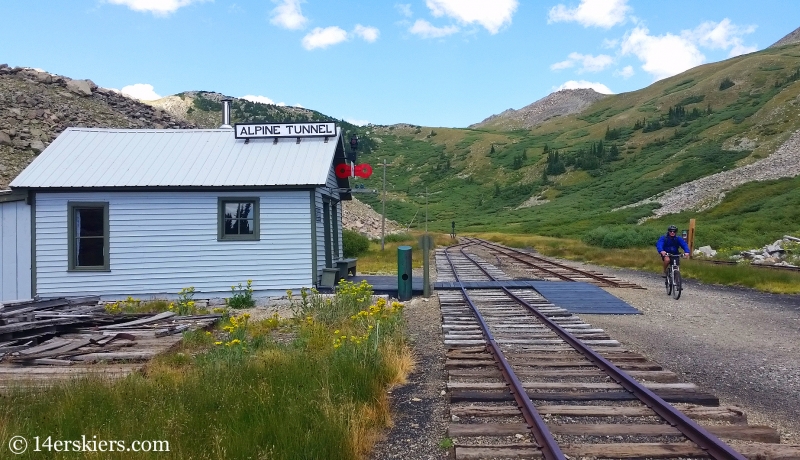 The inside of the station was fully restored too. 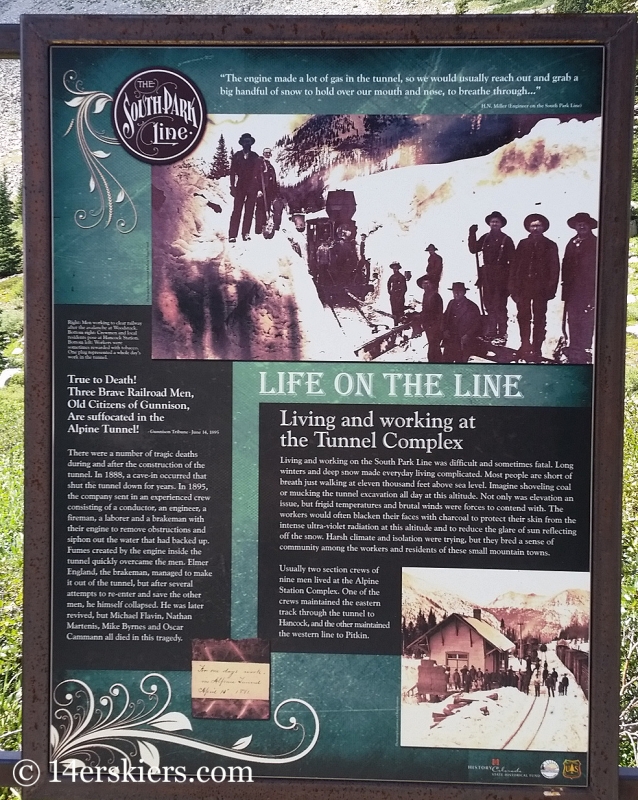 After the station, it’s a few minutes walk to the west portal of the Alpine Tunnel. You pass a restored turntable along the way. This was used to turn the engines around and was man-powered. 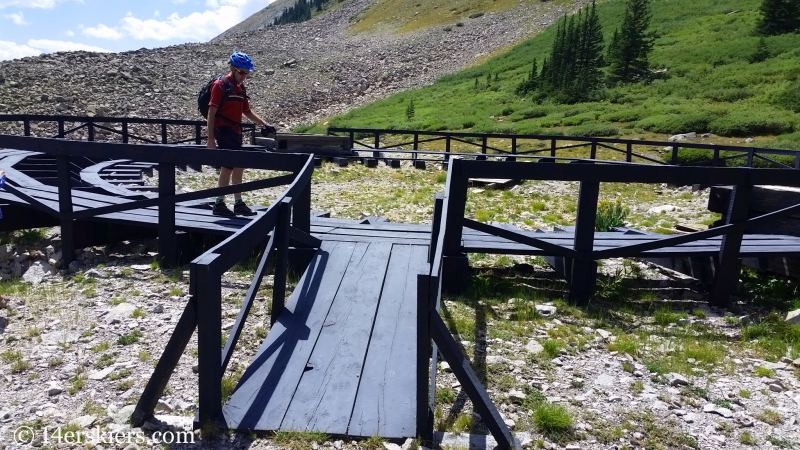 This is what remains of the west portal of the Alpine Tunnel. Now completely sealed shut, the tunnel was open to trains from 1881 to 1910, not even 30 years. The tunnel spanned 1,772 ft through the Continental Divide. It once was the highest and longest narrow gauge tunnel in North America. The tunnel was abandoned in 1910 after parts of the interior were damaged. The tunnel was built through loose rock, making it hard to maintain. And with the lack of traffic, it was no longer reasonable to keep this line in service. 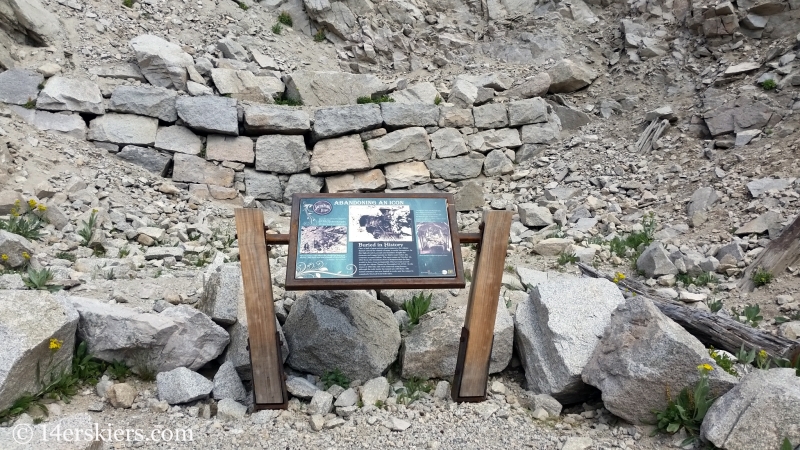 From the west portal, Frank continued on the trail to Tunnel Lakes. We would eventually meet up with him in Tin Cup. The rest of us descended the road back to the car. 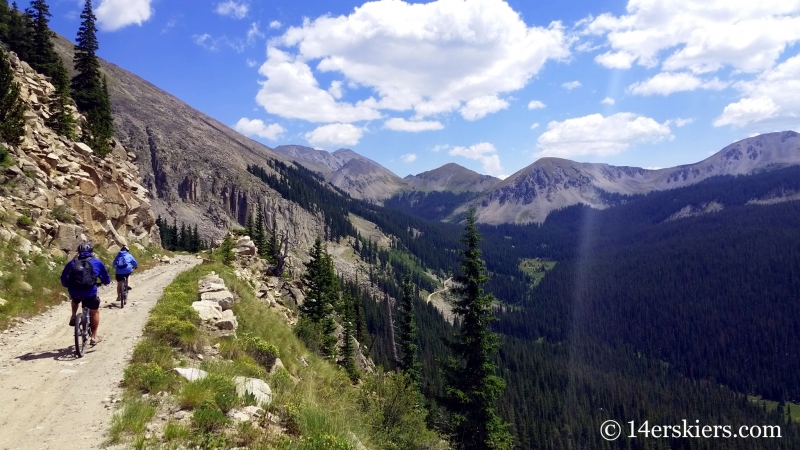 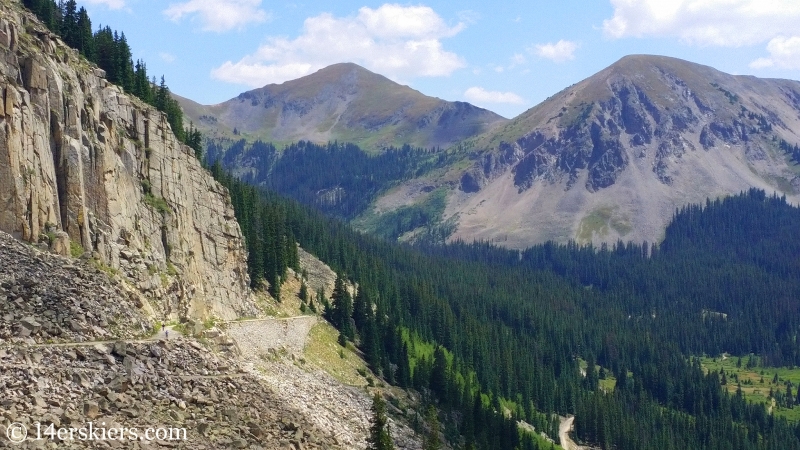 After packing up the car, we drove up Cumberland Pass, which is a bumpy AWD road. 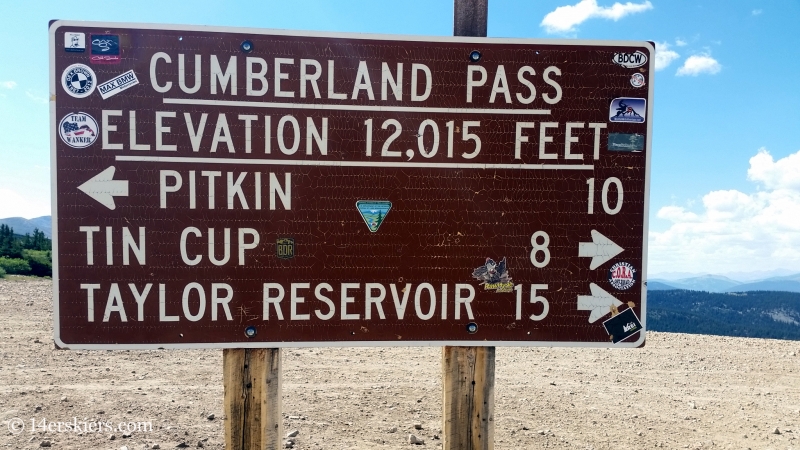 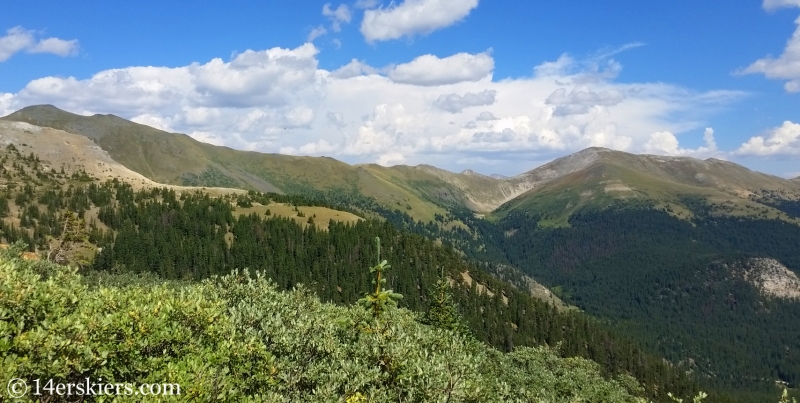 We continued over the pass to Tin Cup, where we met up with Frank and ate at Frenchy’s.

The Alpine Tunnel road is certainly worth checking out and biking is a fun way to do it! The railroad grade climb is not too difficult for most. There’s still time to enjoy it this year, especially since the fall colors are right around the corner! 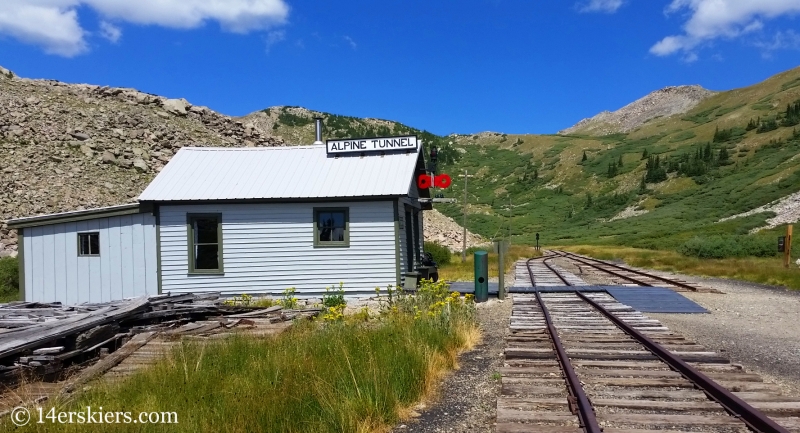 Article Name
The Alpine Tunnel, West Side
Description
Follow along the historic Alpine Tunnel railroad route using a bike and pick up a true sense of Colorado history along the way!
Author
Brittany Walker Konsella